Search and Destroy is the first (as far as I am aware of anyway) PowerPoint RTS. However, many (potentially myself included) believe it doesn't really deserve to be called an RTS. Therefore this game is more of a testimony of just what PowerPoint can do in the right hands. That doesn't mean however that it won't be fun to play, it just will never become prioritized over a proper RTS.


Search and Destroy has two factions, the Global Protection Force (G.P.F.) and the Antarctic party. In game you play as the G.P.F. fighting against an Antarctic party invasion.

-world split into parties, each party controls part of world

-some parties create attack on Antarctica


I myself am now somewhat of an expert in PowerPoint, and this really is pushing everything to the limit. I hope that people treat this with a slight difference than they would a normal game, because it is different. When this is released, it will be a stand-alone installer, so you will not need PowerPoint actually installed to play.

A few notes:
-in game everything is controlled from a single screen per mission
-unfortunately, there will be no animations, just text pop-up windows
-most of this game is written in C basic, or macros, so it should be pretty stable
-although all the coding is done by myself, many of the 'models' where done by a friend of mine, who deserves credit too

-there will be a simple 5 mission campaign, and probably a simple skirmish
-the first releases will NOT be open source, however I may at some point un-lock it for the community
-for more of my works, please visit www.leenet.co.nr

Although Search and Destroy has already been officially released, V1.0 had more holes than a piece of cheese shot at by a sub-machine gun. Therefore it...

I never knew you could do so much with power point.
Very, very addictive game

I've made one of these myself before but I gave up because the options for building and unit placement were giving me so many slides I couldn't keep track of it. But good luck on this, Tracking :)

Relive Your Childhood Toys comes to life! Build your Army Toys, make battle scenario, watch the Toys battling each other, and customize your play with...

In East India Company, you assume the role of Governor Director and seek to ship precious cargo to Europe in order to amass vast wealth. Build your fleet...

Fractured State is an urban combat real time strategy game that takes place in the pseudo diesel/steam punk decay of the nation of Laperia. It features...

Relish the staggering realism of WWII: No detail spared, immersion to the fullest. This historically accurate RTS will immerse you like

Attack at Dawn: North Africa is a strategy game set in WW2 North African theatre. It is an operational level wargame which features 3 campaigns, and 15... 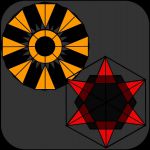 Tags
Embed Buttons
Link to Search and destroy - ppt by selecting a button and using the embed code provided more...