Start your own weapons manufacturer from the ground up selling small grade military gear such as tactical vests, boots, night vision. Expand into small arms. Sell your weapons to the highest bidder and the most loyal clients. Nations and armies need weapons. Why not be the person that sells them? All you have to do is sell the arms and light the fire... Then watch the money roll in.

Hello all Rich here, we first started posting about the development of Gunsmith on IndieDB, we were overwhelmed with the launch of Gunsmith and the how well it went! We were so overloaded I will admit we have been neglecting our social media outlets to focus on the development of the game. Something that I guess happens with such a small crew as ourselves.

But that stops right now! Because we intend to start posting more frequently to IndieDB again! With insights and content for you all to check out!

What have we been doing... Well in short a tonne, Gunsmith Pre Alpha Phase 2 adds a huge core feature to the design of the game.

We found that people wanted more content, but we and they were running out of space to put them in and also we were having massive FPS issues. This solved 3 issues. 1. It added more space for the player 2. It helped with FPS issues and 3. It also allowed us to work on a massive key element of the game.

Because this solved all three issues. This was chosen as the next stage of our development!

Below are some sneak previews of the factory types we are adding! 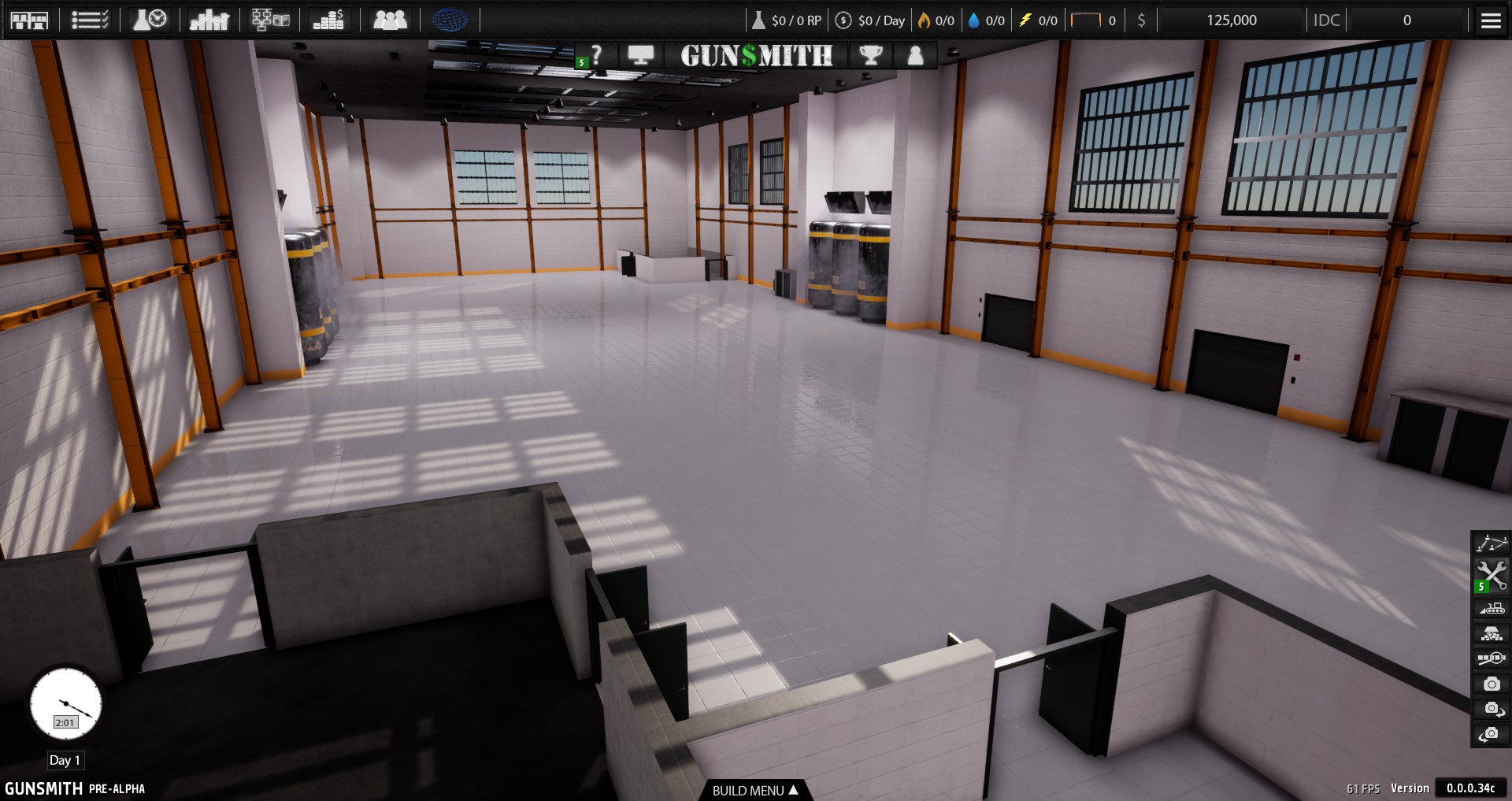 In addition were sporting a new main menu! (below)

A overhaul of the games branding which we think looks much much cooler! 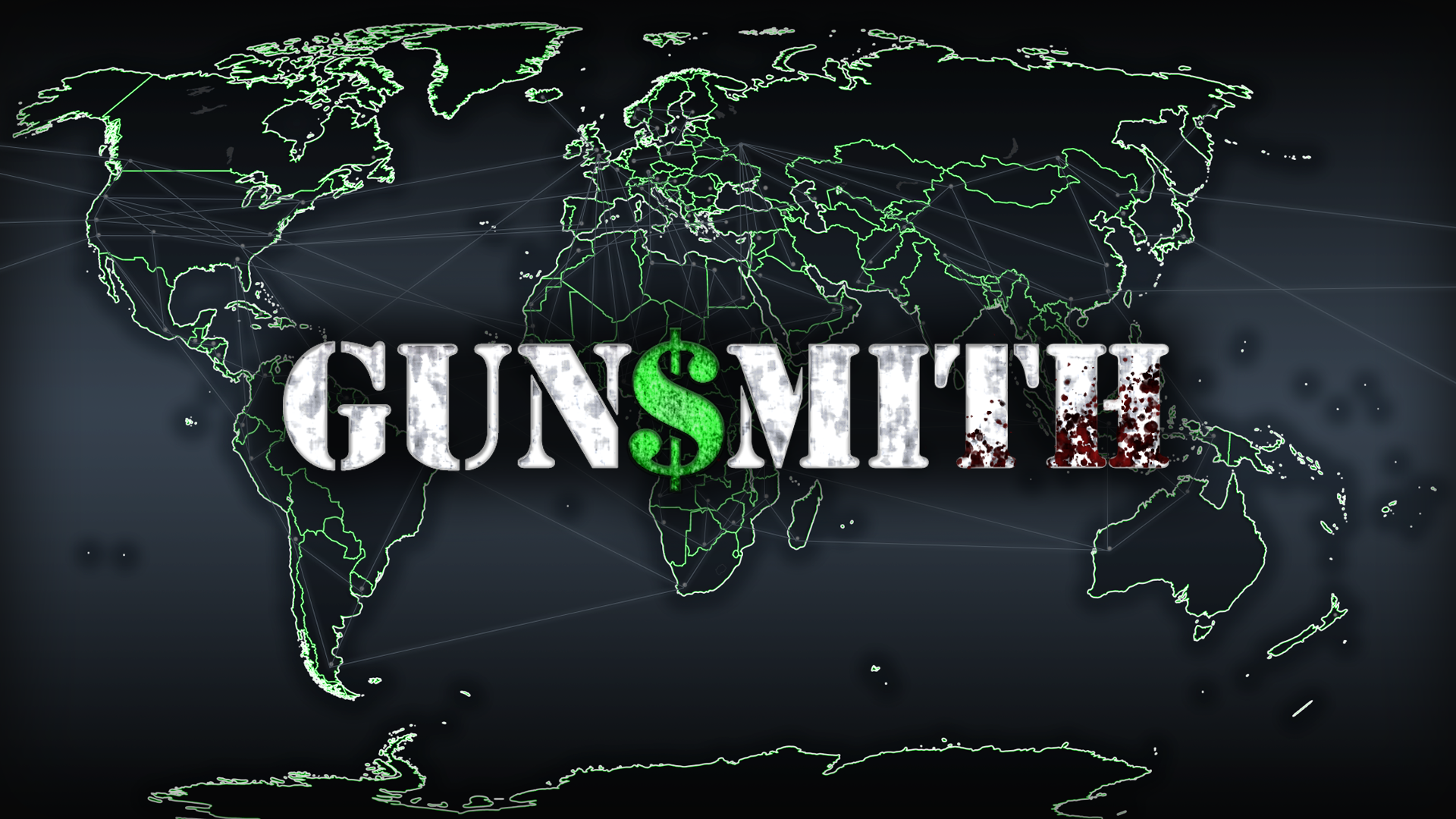 Theres even more to our update and our plans for the future are huge so stick with us and join us for Gunsmith Pre-Alpha Phase 2 !!!!

It's been some time since we last updated! But we are happy to announce Gunsmith has a massive new addition!

It's been over a year of hard work to get to this stage. But at 6PM LONDON UK TIME we launch Gunsmith!

Some amazing news from our play test. Now we are grinding away for our game launch on the 25th of MAY!!!

Weve been away for so long! What's happened?! Where did they go? Well. We have been grinding away super hard to make the game as awesome as possible...

This game is incredibly addictive in all of the best ways. The micro management is easy to grasp, and things you can produce are super neat looking on the line, and having a Machinist background makes setting up a super factory all the more fun, since i've seen the inside of many a real factory. Keep it up you guys rock!

I love this game, I've played since 2017. Thank you for all your hard work. Seriously would love to help anyway I can.

Any update on mac support?

putting a crimp in my production;
- When ever I dispense items that are ready for boxing, due to me having them in my inventory, the boxing machine does not box. Instead, the items just keep getting added by to my inventory to be dispensed all over again. I haven't found a work around, yet.

i did this to gloves, as all status are dropped when put in inventory. i dispensed camo gloves, but ran them thru sewer before boxing - worked like a charm. i will try same process on boots and the like in near future. presently I have two lines making bits and fabric gloves, two lines making camo gloves into recycle bin. i will also set up lines to make the other clothing articles in core but will feed into combined boxers to experiment as well.
optimism, Terl

great game so far, looking forward to further development. How's the framerate fix coming? It's a massive pain once the factory gets larger and requires more management. Maybe turn bullets into packages the whole way through so you're not passing around thousands of casings constantly?

Are you guys thinking about making this Mac friendly?

How can I get this in advance access or buy?

Thank you for the interest :) Hopefully we will launch on Steam on Early Access on the 25th of May! Join our community discord and community hubs to get notified!