Run! Humans Run! is a mix between a wave-based tower defense and an arcade shooter game, where your goal is to stop your escaped test subjects from fleeing your secret facility. Stop those escaped human subjects with your incinerating laser, superior charge, or just smack them against the walls with your powerful melee attacks. Use your supreme technology and various tactics in your advantage to outsmart those puny humans! Defend the exits of your secret facility at all costs from overwhelming amounts of human test subjects that try to escape!

The game is aimed at casual gamers and contains easy, medium and hard levels. The game is also focused on user created content with a level- and a wave editor, that let you design your own custom levels and waves of enemies.

Run! Humans Run! is a game made by five students that are currently graduating at Triangle Studios. The project started in the beginning of march and we're now in a stage were we can release an alpha build of the game. We're also looking for feedback from players so we can improve the gameplay. Please leave your feedback in a comment, thanks!

We are currently in alpha testing phase, so there will be regular updates. Download the alpha of Run! Humans Run! here: [link]

As of today, it is possible to play Run! Humans Run! yourself. Just go to the [download section] and download the alpha for free! We would appreciate any feedback or bugs you find in the game and also things that you would think improve the game. Our [facebook] can also be used to submit your thoughts about the game, and don’t forget to tell all your friends! 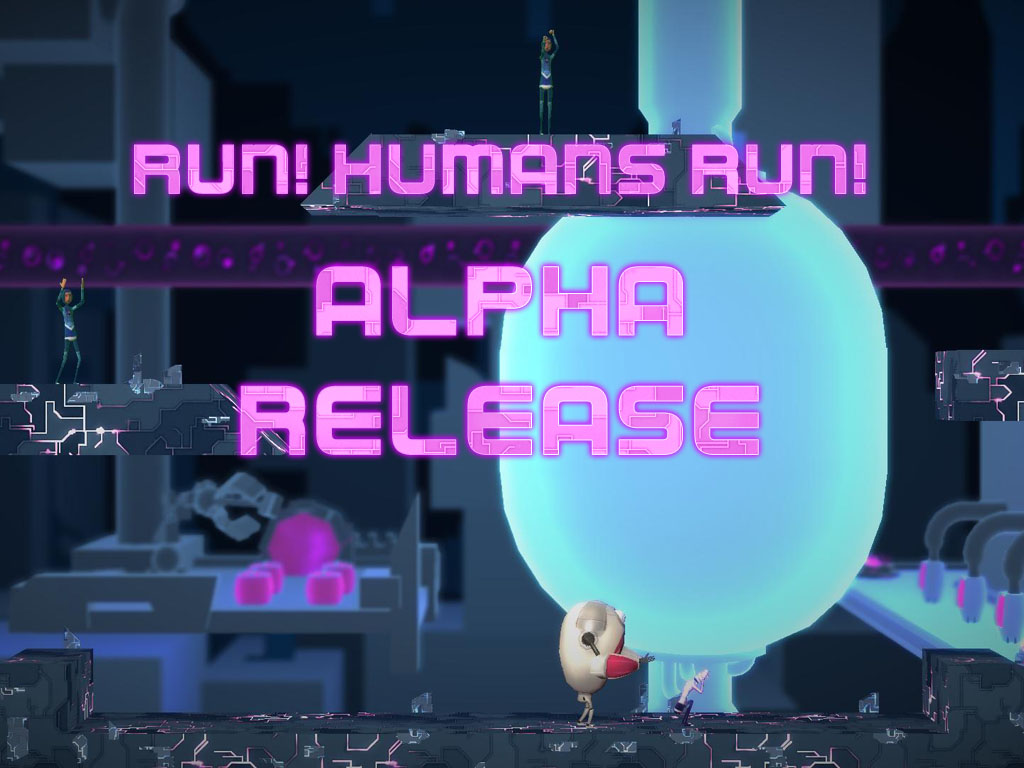 At this moment we're still using some music and sound effects from online free libraries, this will be replaced soon. Credits go to the following artists:

The first public alpha release is available for download now! Feel free to post any feedback you have about the game. This will help us a lot with further...