"This is solid, old-school tower defense design where each and every map will cause you to sit back and think about what the best strategy might be."
- Touch Arcade (App of the week)

"2112TD takes the classic, Westwood RTS art-style and matches it up with TD, and it turns out that it fits really, really well."
- Pocket Gamer (Games of the week)

" Refinery Productions’ 2112TD is definitely one heck of a TD title."
- Nine Over Ten (Review)

Get ready for the ULTIMATE tower defense onslaught. Build, deploy, research and upgrade your defenses in this epic sci-fi adventure.

Set 100 years in the future, battle inter-dimensional flesh spawn across the solar system and defend Earth's colonies from complete annihilation.

The pace is steady, but the stakes are high as the relentless hordes amass in an effort to overrun your mobile command center.

Unlike traditional TD games, you will be relying heavily on micro-managing dynamic action-based abilities. As you progress deeper into the campaign airstrikes, charged attacks, fortification walls and the tactical drone will become increasingly vital and deploying them strategically will be paramount.

Mistakes won’t go unpunished so stay frosty, learn from your blunders and endure to fight another day. Without pain there can be no gain!

BEAUTIFULLY ILLUSTRATED ENVIRONMENTS AND GRAPHICS
2112TD’s artistic style is founded on the nostalgia of the RTS golden era, paying homage to games like Command and Conquer and StarCraft.

A CAMPAIGN TO TEST YOUR SKILLS
The battlefield is an unforgiving landscape and every second counts. Beginners will find forgiveness on normal mode while veterans will be drawn to the brutal challenge of hard. When you’re ready it’s time to put your skills to the test in survival. How long can you hold back the hordes?

DEATH FROM ABOVE
When the situation gets too hairy you’ll be relying on air support. The airstrike and tactical drone deliver the big BOOM as well as defensive abilities.

RESEARCH TO VICTORY
Earth’s egg heads are working tirelessly to gain the upper hand against the new enemy. Unlock new abilities and weapons as you progress.

DISCOVER AND DOMINATE
They call it the soldier’s dictionary. The tactical database gathers data on the battlefield about your arsenal and enemies alike. Be sure to check it often as it will be critical to your triumph against the hordes.

What are you waiting for commander? The flesh spawn must be eradicated!

Got feedback? Get in touch: 2112td.refineryproductions.com

Arriving on both Android and iOS, it is free to anyone who owns a copy of the game. The update is packed with tons of features and the changes requested by players, including bonus maps, new research upgrades, cloud save and more. 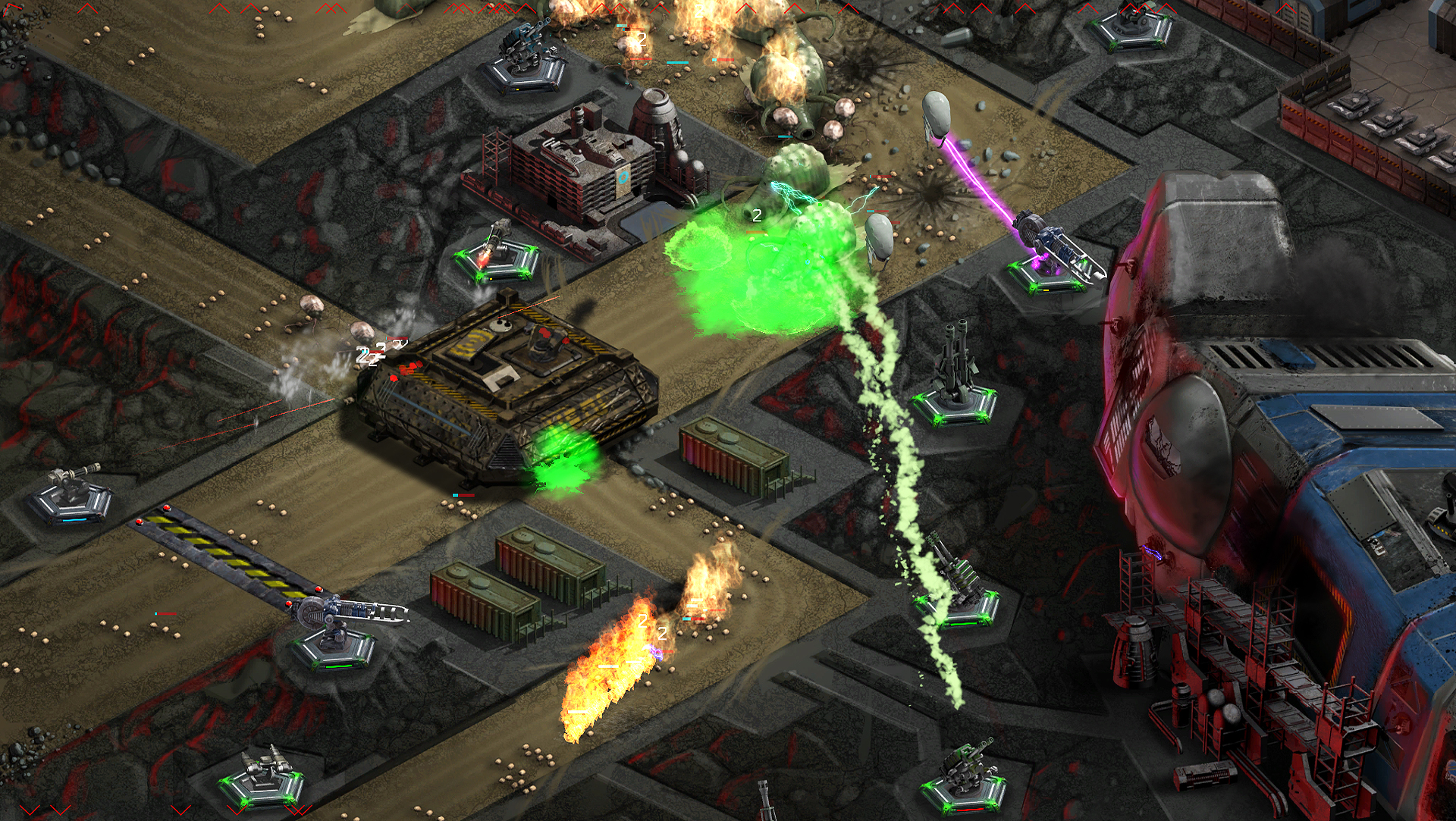 Full patch notes for 1.5 can be read here. 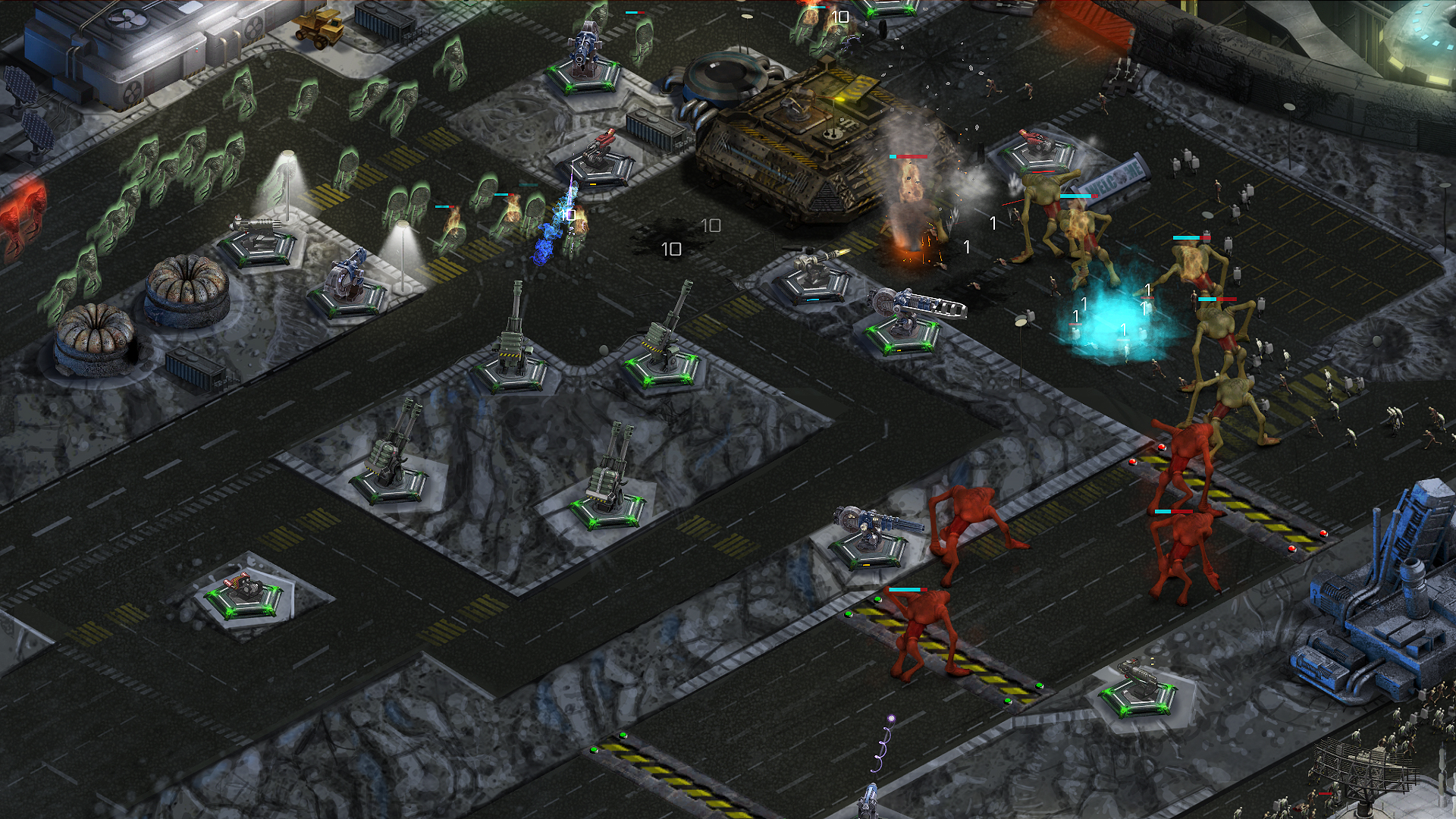 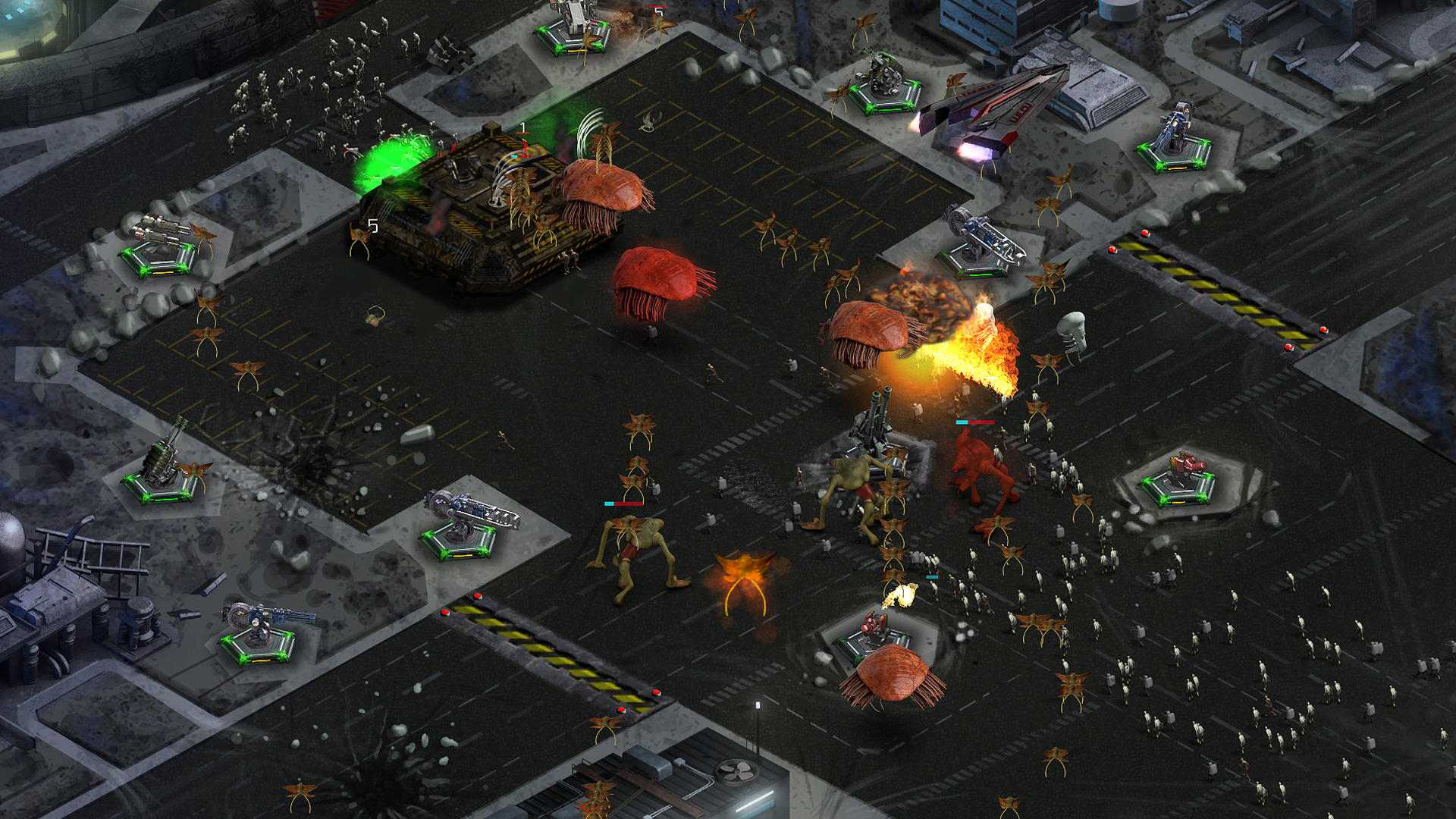 "This is solid, old-school tower defense design where each and every map will cause you to sit back and think about what the best strategy might be."
- Touch Arcade (App of the week)

"2112TD takes the classic, Westwood RTS art-style and matches it up with TD, and it turns out that it fits really, really well."
- Pocket Gamer (Games of the week)

" Refinery Productions’ 2112TD is definitely one heck of a TD title."
- Nine Over Ten (Review)

Yo I just got this from the App Store and it's great stuff. I love being able to pay for a mobile game that doesn't bother me with microtransaction or that I have to subscribe to a service just to play a singleplayer game. Cool TD!

Thank you for the kind words GoodGriefer! Great to hear you're enjoying 2112TD.

Hope to see you guys release a PC version (or a future RTS game) with your amazing art style!

Thank you for the kind words! A PC release is planned in the future. More info on this will come out in the months ahead.

Love the art-style for this game and the general feel. Really makes me think of the glory days of RTS like Tiberian Sun and the like. Can't wait to play it!

That's exactly where the bulk of our inspiration came from! Thank you for the kind words.

That's a great idea Backdraft! It all depends on time as we are aiming for a Q4 release this year. I will add this to the game notes though and see if it can be added to an update if it doesn't make it into the first release.