After a year of "inactivity" and at the chance that this game may go into "vaporware" mode, I have decided that I shall go against the grain and ride this mother-trucker out!

The world needs Quest For Humour. And I shall deliver it. Because of you fans and the interest that this game still gets, I am going to give it a fair shot and put the game back into full production.

I am amassing a team and have a couple of people already. Now everything can move forward, and you can expect some more movement in the future.

Quest For Humour will be put on KickStarter to help us financially so we can hire the right people and give the game it's unique art style it deserves. Please do your best to help support this game and lets get this made.

Link to the Kickstarter page!

Thank you for all your support!

Meet Timothy, A boy who longs to find the source of humour
in a world where wit and laughter are absent. When Timothy finds out that there
is a joyful thing out there called laughter he goes on a search to find the
source of all things humour and looks to bring it to his town, Huckleberry
village, where even the smallest prank is treated like a capital crime because the
residence of huckleberry know no different. 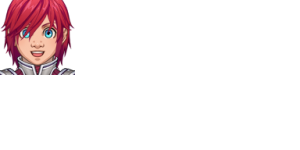 It is Timothy’s quest to find these so called “LOL stones”
that the ancient gods talk of. Join him
in this Epic tale of heroism, love & the joy of laughter. Join Timothy in
his Quest For Humour.

Quest for Humour is a Japanese
style RPG where the player controls both Timothy & the apple of his eye
Tracy (Who may be a bit of a tease!)

The player will experience an epic tale of gigantic proportions where he will
search for 20 + “LOL Stones” to bring back to his hometown where his uncle Ron
has built a so called “Laughter machine” which, when filled with all the LOL
STONES, will sprinkle a little happiness
in Huckleberry, bringing the Joy and miracle of Humour.

His journey to everlasting happiness is one filled with treachery
as he battles the wilderness, hostile people and creatures of the unknown.
Follow him through an epic main quest where he will travel far and wide in
search of his destiny.

Quest for Humour features a lengthy main quest as well as
over 70 side quests & 15 deferent cities to explore and plenty of dungeons
to loot.

Experience an RPG where story & characters collide to
suck you into a world where every quest completed is one step closer to Happily ever after…… or is it.


ALPHA 1: TBA (It will contain the majority of the side quests and main quest. Some minor areas and cities will be missing)
ALPHA 2: TBA (90% of the game will be complete)
Beta 1: TBA (All Game content will be present)
Beta 2: TBA (All bugs submitted will be reproduced and destroyed mwhahahahahah)
Beta 3: TBA (Cant be too careful, give them bugs a second zap!)
Final Build: TBA (All game content is safe for consumption)
Patches: TBA after Final Build is released.
Please note all versions of the game including Alpha Versions and beta will include free updates.
DLC: TBA (Also free to purchasers of the game.)

We are back in business!

Just to let you fans know that after a year of inactivity, Quest For Humour is back in business. I am re-starting the game and will have weekly updates from now on!

The website is back online, so feel free to visit it for screenshots and such!

It's been a great journey and from now on, you can expect the journey to continue.

I stopped working on the game for personal reasons but fear not, my head is now on straight and we can rekindle the MEGA RPG that is QUEST FOR HUMOUR!

Quest For Humour Weekly Update #3: The mystery of just the right amount of dungeons!

The obstacles of ‘Good Side Quests’ and Rubbish ones

Spelling mistakes, Demos & Screenshots! My take on failing at making words appear in a legit way, without making my self look like a child!

The long awaited demo for Quest For Humour is now available to download! Grab It now!

The Demo is finally here! Experience 8 quests from the main game, while exploring dungeons & areas in an hour plus long demo! This demo is a representation...

Find out all the latest news and developments in issue one of Meet Timothy... The Quest For Humour Newsletter!

The second wallpaper in a series of wallpapers promoting the Alpha release!

Demo will be up tomorrow or Saturday, depending when Indie DB authorize it!

Yeah there will be specific moments in certain quests where answering the questions as a simple yes or no will affect how the game ends. (example: Do you want to go hunting for the last stone: Yes (Go hunting quest) No (You stumble on a bonus quest.)

In other words, every desicion you make in the game has a consequence, so being nice will generally get you the better quests and loot, but being horrible or calculating can pay off just as well, so be wise with your choices!

will you be able to choose what to say?/ dialogue options?

I apreciate every one who's tracking! Thank you for tracking and thanks everyone for showing an intrest in this game :)

Twitter
Tags
Embed Buttons
Link to Quest For Humour by selecting a button and using the embed code provided more...