Micro Mayhem is a local multiplayer game where up to 6 players challenge each other using toy cars in various location and different game modes.

At the moment we have three selectable vehicles that represent three different play styles:

Every vehicle has it’s own strength and weakness and two different weapons: a basic attack and a special ability.

Environment is a key part of micro mayhem.
Each scenario has unique elements that can affect gameplay. There are currently three different locations per game mode:

Thanks for your Time

Micro Mayhem has been Greenlit on Steam!

We made it guys! Micro Mayhem has been Greenlit on steam!
Thank you a lot for the support, we really appreciate every single one of your votes and comments and we are so excited that you are making this possible.
We are doing our best to improve the game, you are not going to be disappointed!
Expect to hear more from us in the near future. Be sure to follow us on socials if you don't want to miss any updated :) 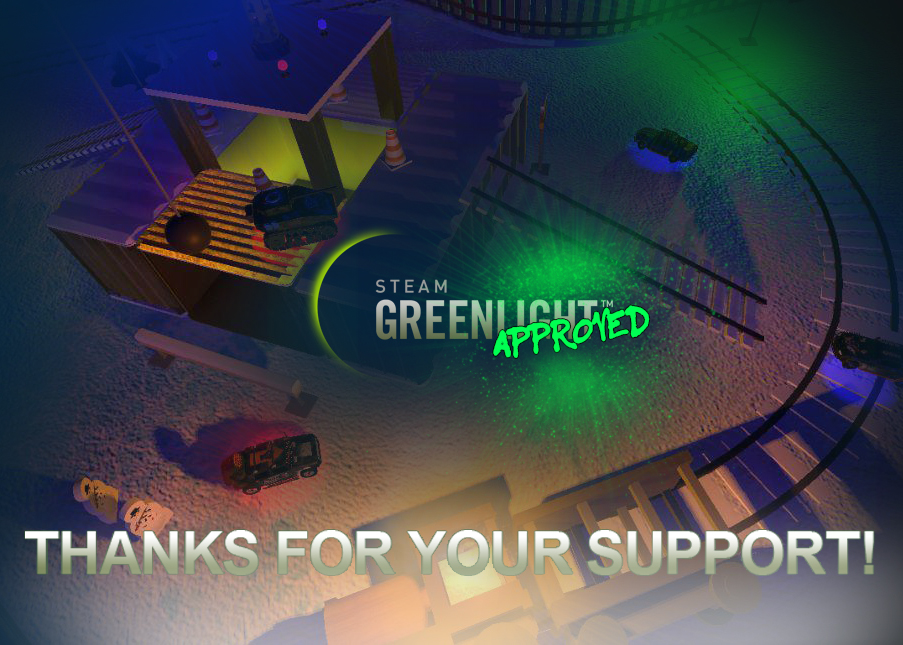 We are glad to announce that our official GAME TRAILER is on and that we landed on STEAM GREENLIGHT!

Who could have told we would get that far?

A year has passed since we first founded octolabgames. We have come a long way and after many hours of hard night work, many cups of coffe and plenty...

We have just published a preview of our maps! Check out this link :)