Road Redemption takes the motorcycle combat-racing gameplay, pioneered by the Road Rash series, to the next level. Road Redemption is being developed for PC, Mac and Linux. Road Redemption brings state-of-the-industry combat controls, insane crashes, destructible environments, AI, ragdoll physics, and online multiplayer to the classic formula. The Road Redemption Team is bringing back the challenging, skill-based gameplay that defined gaming on the Sega Genesis (MegaDrive), 3DO, and Nintendo 64. If you never had a chance to play those games, imagine a more focused, and more brutal Carmageddon. 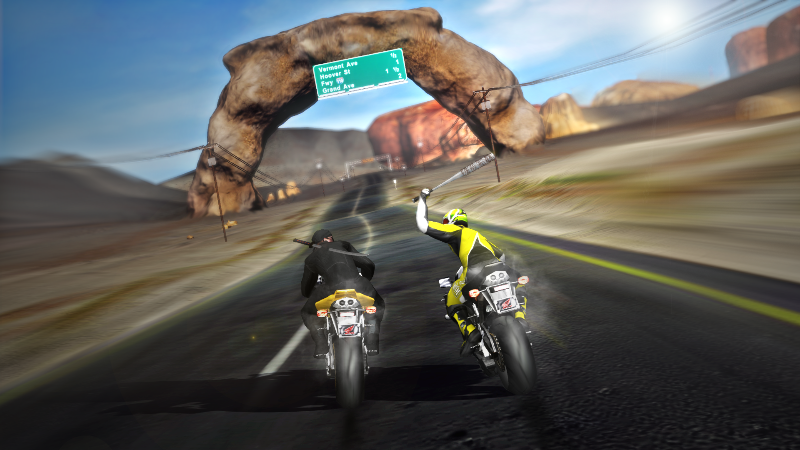 Darkseas Games is pleased to announce that our Road Rash inspired Kickstarter Road Redemption has reached its funding goal of $160,000.

There are still approximately 13 hours left of our kickstarter campaign, and we hope to reach our stretch goals of porting Road Redemption to the Xbox 360 and integrating Oculus Rift support at $178,000 and $198,000 respectively.

“We’d like to give a huge thanks to all of Road Redemption’s backers for making this possible, and for helping us spread awareness. Road Redemption has been our dream project for over a decade, and we’re so excited that we can now devote our full time towards finishing it.”

Road Redemption Kickstarter reveals some of the motorcycles available in the game!

The Road Redemption Kickstarter is live!

Awww. Is the source code free available or do I need to pledge for it ?

Source code will be freely available a few months after the release. If you pledge for it you will get it earlier.