Fedup of being stuck behind Caravans on you day trips? Vent your frustration in the safety of your own comfy gaming chair with Retro Racing Rampage. Race, Crash, Chase other players towing the 2 wheeled menaces :)

Well it seems like an absolute age since I provided an update on the game, not because I was being lazy (ok, perhaps a little :p), but because I got dragged off to work on some gaming projects for a client. Those are out of the way now so I'm back with a fresh update and some little changes to Retro Racing Rampage.

After some playtesting with friends, I decided the old player lobby screen just wasn't cutting it, it needed to be a little more interactive. So I completely scrapped the old, boring screen and decided to add some animated cars and let users select their characters. I also removed the number of clicks you need to get into a game by making the bot selection just a simple toggle.

I hope you agree it's much better than the old one was.

When we started this project, one of the goals we had was to add character to the game, it needed to be fun, kind of like what micro machines was on the genesis but crossed with the wacky racers cartoons I remember as a kid. We actually worked with a bunch of local college students and set them a brief for the game to produce various aspects like graphics, storyboard, audio etc.

One of the students, Jasmine, decided she'd have a go at character design and produced some fantastic work, she gave us 4 characters to play with. 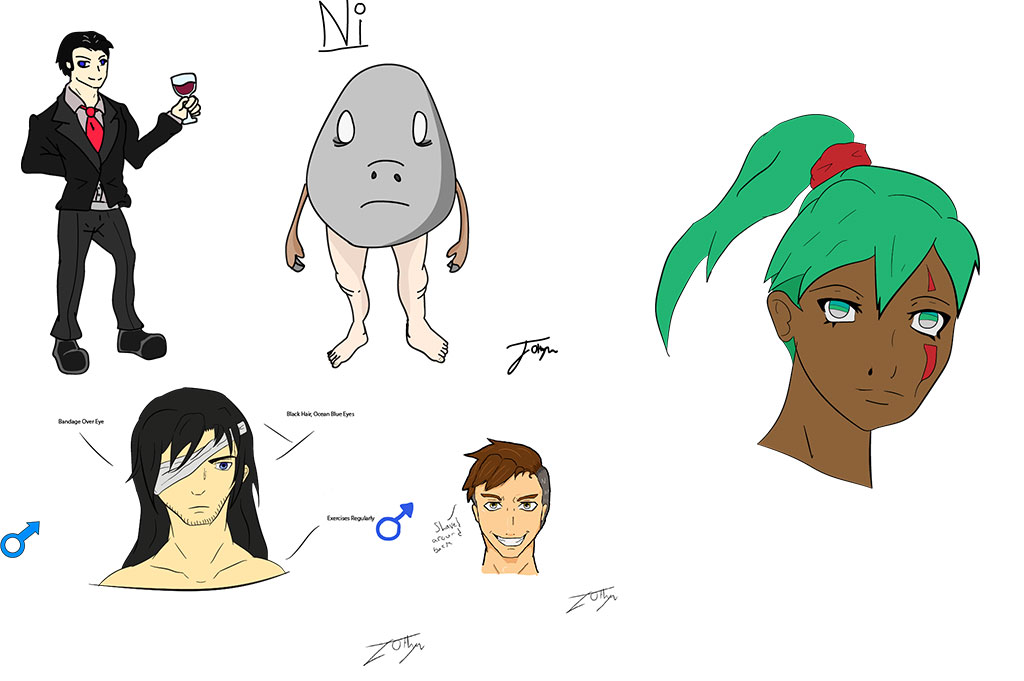 Those are Jasmin's original character ideas for the game. We then got a friend to just tidy them up a bit and get the style consistent between them who produced the final character bios. 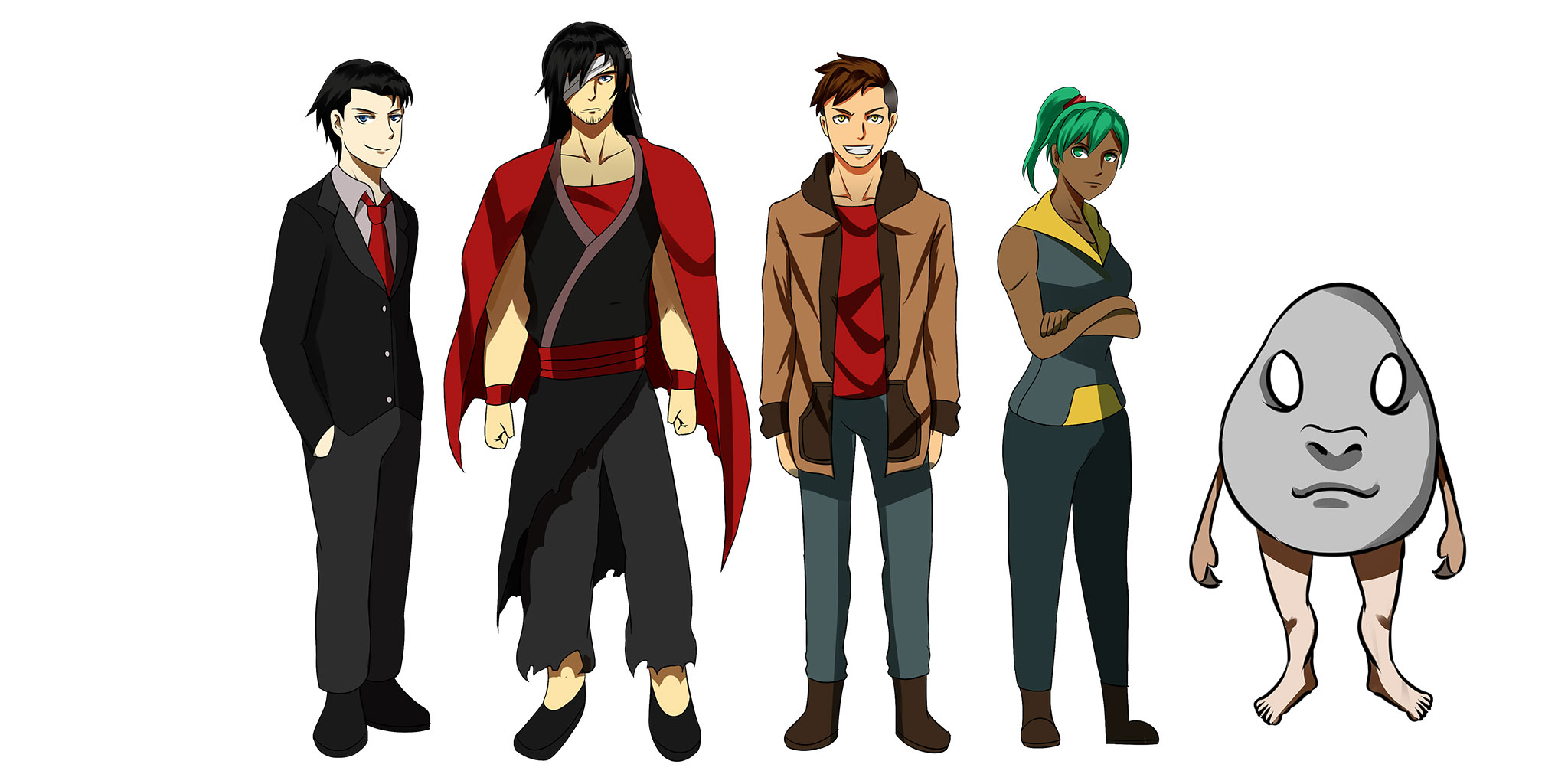 As you can see, all still the same characters, just tidy'd up a little bit. We're getting another student, doodlesaur (see his work on instagram) to make pixel versions of the characters for us (not finished yet so won't show them in this article).

Bring on the action

There's one last change I've introduced recently into the game which I wanted to share with you. You see, I figured, a game which includes the wanton destruction of caravans and smashing into other cars needs a little more ooomph! So I've been working on adding weapons to the car (not sure if it'll just be in auto royale mode though). So here's the very first glimpse of the new machine guns which are available (I am going to add different gun positions for different cars, some may have dual guns but less dmg etc.)

So the big question is of course, when will all this be done? Well, unfortunately I still don't have a concrete date. I still have other work commitments for clients so I'm just jumping on this when I have a spare hour or two at the moment. With Christmas coming up I'm hoping to get it pretty much finished over the Christmas break (have another unannounced project I'm super keen to get really started on) .

So again, not a massive list, although I am having some terrible problems with the loop-the-loop on the Sunset City track at the moment :) 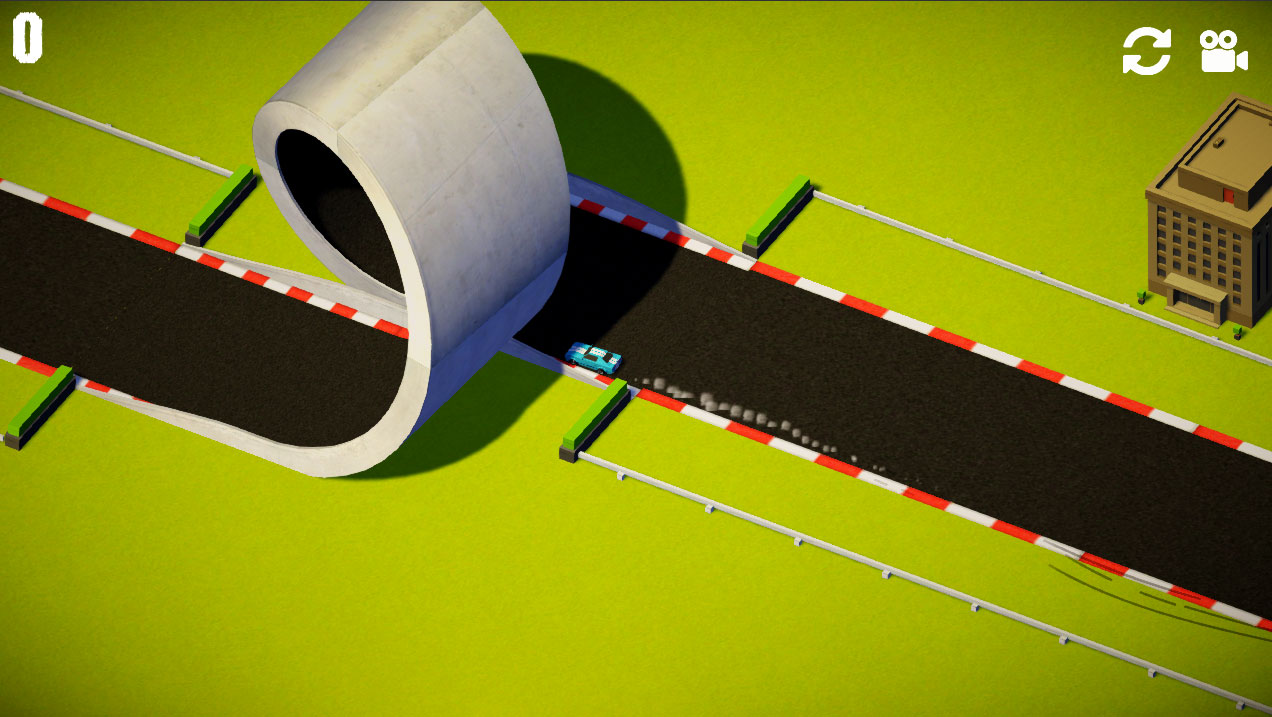 More often than not you end up falling off, I think it's because I'm still taking playerinput for movement on the loop so you end up crashing into the side wall on the way up and end up falling down. I'm just toying with various options, like disabling input on the loop, or making the loop translucent when you are on it so you can see your car on the loop to control it. 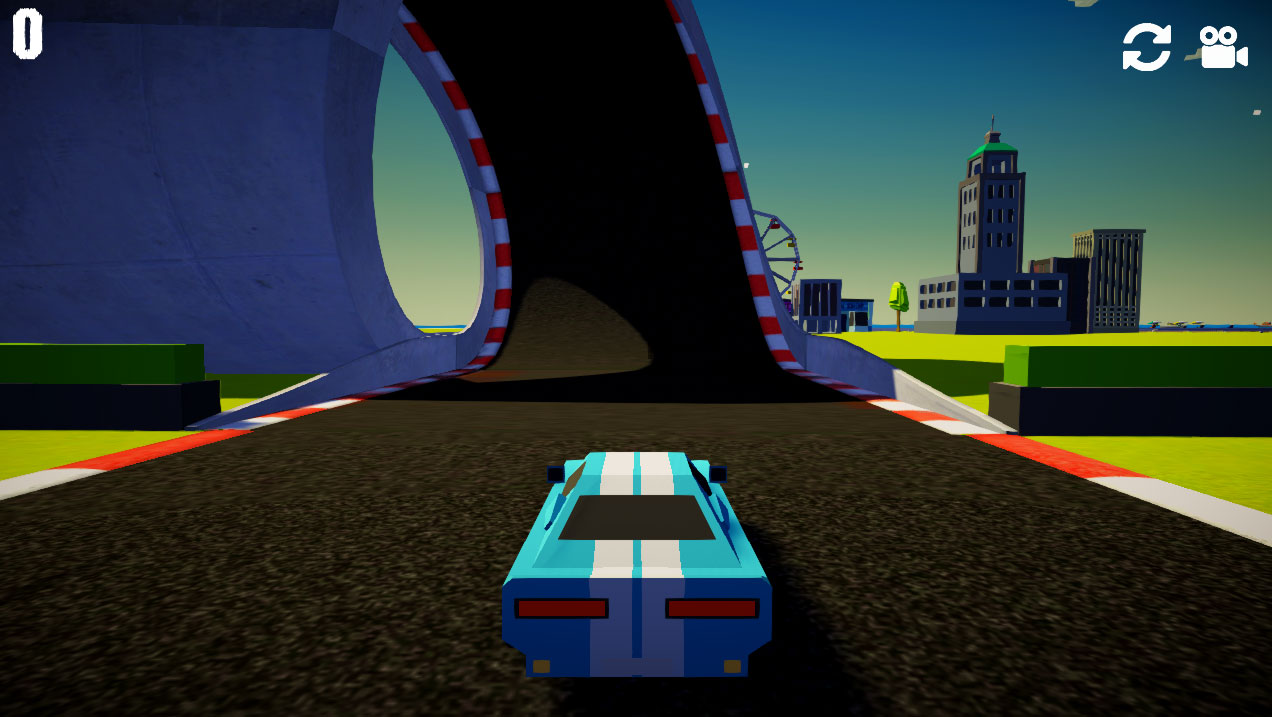 Doesn't seem to be as much of an issue when playing in third person mode instead of overhead.

It's been a while I released any real news on the game so I figured what better way to update anyone who is interested than to release a little demo of...

Retro Racing Rampage is a multi-mode low poly racing game for most platforms, it includes a standard race mode, a crash mode as well as an arena based...

Latest beta version, this only includes race mode and 1 track, Caernarfon, but looking for feedback please.