Meet Landslide McQueen, a rich New York City stockbroker who is sick to death with the same walk home, every damn day.

So jump on your briefcase and show those faceless suits that you’re a free spirit! It doesn’t matter how much money you lose, in fact, the more the better!

Get a higher score by chaining together knock downs - if a flailing suit takes out another, you’ll get double points. You can also try and inflate your score by grabbing some air time off the ramps and curbs!

How do YOU get home from work?

"You will love this little game" - Manchester Independent News

"If the game of the day is short, it is also very fun" -GetIndieGames

In big news for Landslide, we are going to be showcasing the newest build of the game at the Update showcase on the 12th of April 2014!

The show will be at MediaCityUK, which is located just outside of Manchester, near Salford Quays. There’s gonna be some cool talks, including Dan Hett (who makes games for CBBC and CBeebies), and Ashley Stancill and Sam Read, creators of cool indie game Dream!

We’ll be at the Futureworks Manchester stand, representing Landslide McQueen’s birthplace. We’d love it if you come see us, and check out the new features of LSMQ 2.0!

Speaking of features, we don’t have a full list to share with you yet, but needless to say we’re addressing the biggest concerns - more things smash into, and more places to smash into them! (And sorry billion-point-scorers, we’re gonna remove the car exploit :P)

Hope to see you there! 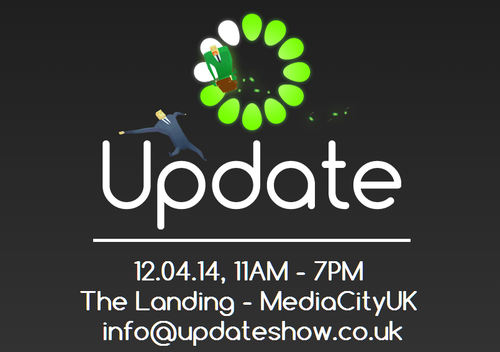 A round up of recent media coverage of Landslide McQueen.

Version 1.1 has been released!

The demo of Landslide McQueen is now available to download.

awesome, but it's crazy

oh gosh it reminds me so much of Kung Fu Rider.
THAT IS AWESOME

Strangest game I've played in a while, but it's kinda fun :)