Interplanetary is a turn-based strategy game for PC, Mac and Linux, featuring both single- and multiplayer modes.

It's been quite a journey. Back in 2013, when we first started active development, we were still working from school, with no idea what would be in store for us...

This is it! Interplanetary has spread its wings and left the cozy Early Access nest!

It's been quite a journey. Back in 2013, when we first started active development, we were still working from school, with no idea what would be in store for us. Our first alpha testing campaign, with a homemade key code system, was really the first thing that started drawing large scale attention to the game. This is where the ride started to get wild: the founding of our own company TJR Games, our Steam Greenlight adventure, Early Access release, development, development, development! 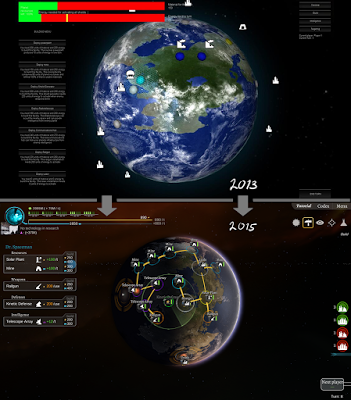 That's what two years of hard work and coffee abuse can do.

Now, we can finally say that Interplanetary has reached the point we determined to be "1.0", in the early days of development. It's actually more, since the ideas have expanded and our stay in Early Access gave us the chance to develop the game more towards the direction the players wanted.

Like we said before, we will keep supporting the game with patches and updates, as needed. There are even a couple of bigger features that we promised at various times, but which couldn't make it to the launch. Features, such as online save games, online AI bots, ranked matches, LAN game and the third superweapon, will be added in a later update.

Thank you for playing! We hope you will enjoy the 1.0 version of Interplanetary and do keep sending that feedback. Just because it's finished doesn't mean we're going to leave it!

It's cool...How many people made this game?

Surprisingly difficult question, with some people coming and going at different times. Around ten people altogether.

I've played a few hours so far and love what y'all have done.

I already have been curious about the mod tools you have allowed and had a question particularly about increasing the number of upgrades allowed for buildings and if that was a possibility?

Great game! Trying to promote it myself!

Upgrade slot amounts can't be changed, since the UI isn't made to intelligently adapt to the data files. The value, like some others, are left over from an older version. They're left in to avoid unexpected issues.