Our story stars in this town, Dirty Ice, given this name by the founders because of a hard grayish rock they found in the caves, and which proved practical for several uses as it has the properties of ice but doesn't seem to melt. 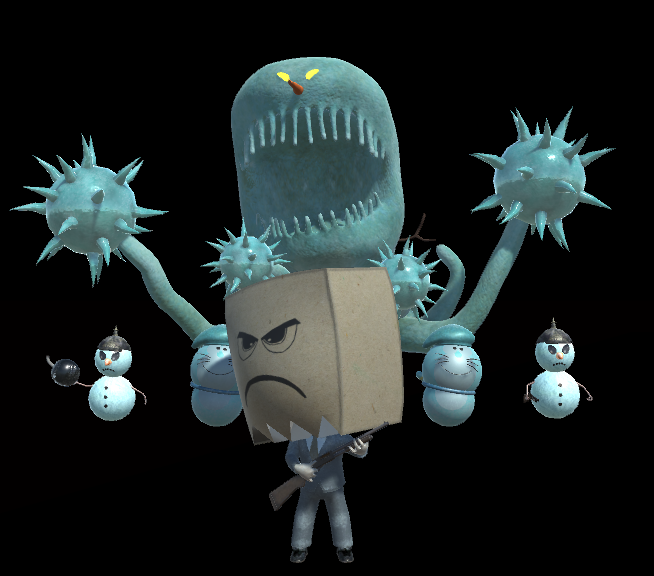 The invaders brought a small troop thinking it would be enough to defeat the creatures and take over Dirty Ice, but they found resistance. Two brave warriors came out to face them shotgun and bat in hand. 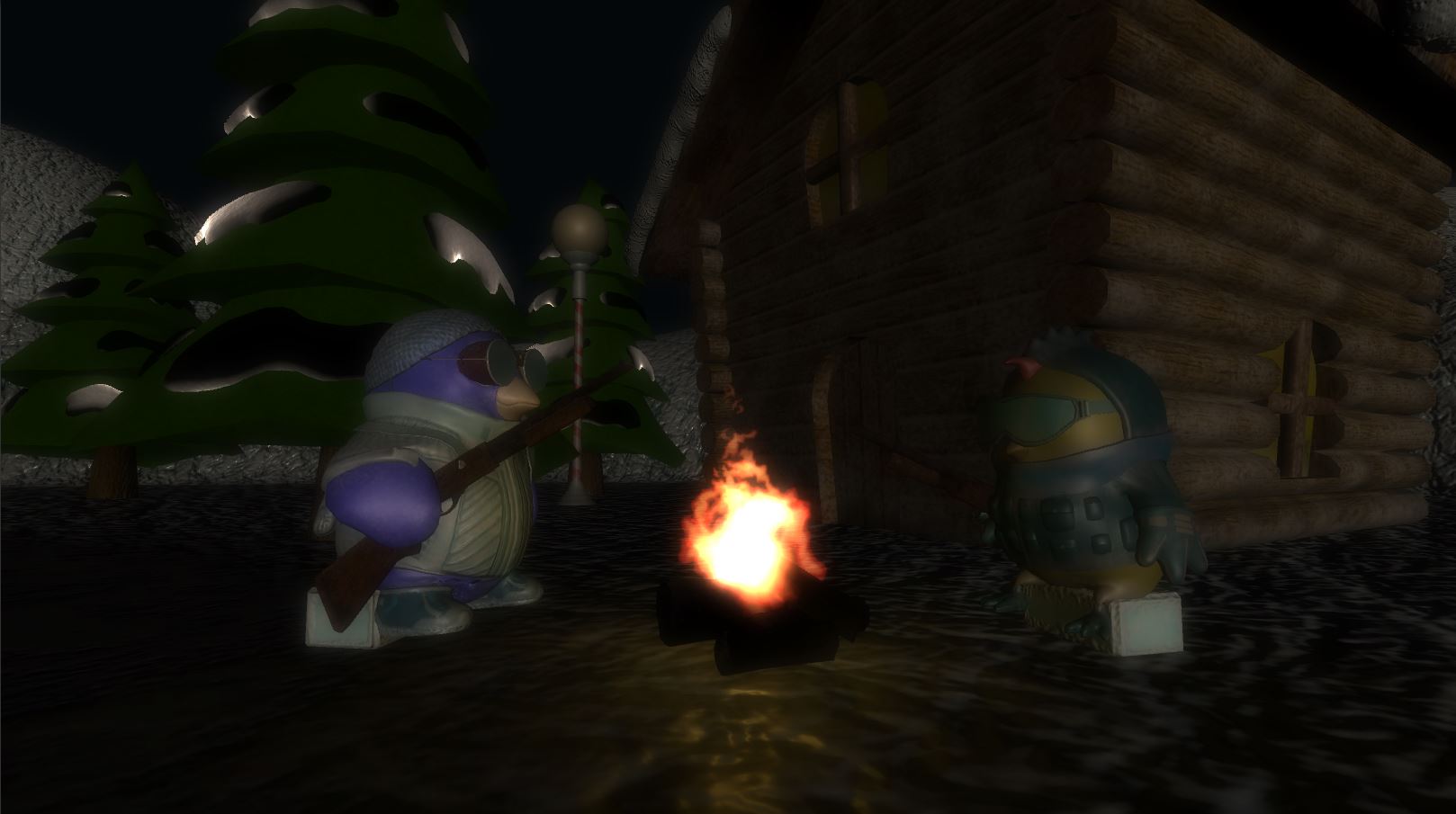 This story starts in a small ice cold town, but it will take our heroes to locations where they will try to outsmart and out-power the invaders, lurking in the shades around town.

August is here and I'm ready to show some of the things we have been playing around in our game ICE COLD BLOOD.

We added a little effect to the death of some of the enemies, adding some water as they melt when killed. The water is still just a simple sprite (a circular sky blue figure made in GIMP) which I will tweak later on. You can see this effect in the gameplay video below which includes most of the mechanics and stages we have developed so far.

We also added some platforming mechanics which will be better appreciated once
we add them to a proper stage.

Also, we started adding behavior to the creepy ninja clown

And finally, another playable character is ready to kick ass. It's a penguin!

We show new mechanics: camera effects and driving, the prototype of a new level, and the animations of our Ninja Clown character.

A few days ago we decided to release a small level of our game Ice Cold Blood. It was our attempt at closure of the first stage of development. I decided...

We introduce the mechanics and features of the recently released pre-demo of the game ICE COLD BLOOD.

Windows version. This is just a small level designed to represent a small part of what the game Ice Cold Blood will be. It is a complete playable level...

Pre-Demo Of Ice Cold Blood, this is a small playable level for 1-player including boss fights.