A galaxy-wide catastrophe known as the crystal storm has laid wasted to the Hermeian Galaxy, destroying many races and societies. Cities were leveled as giant shards of alien crystals rained down on the planets. For the survivors, their troubles had only just started. Once on the planet, the crystals embedded themselves deep underground and linked together, forming a hive mind known as the Crystal Scourge. Now it works to corrupt and poison the planet. Tasked with protecting their planet by mining and removing the crystals, players will need to establish a mining colony, then defend themselves against the forces of the Crystal Scourge as it works to destroy the player.

After finally updating the Hash Rush alpha, we sat down with our Cheif Creative Office, Rob Nicholls, to reflect on how the update went, what challenges we faced, and how we overcame them.

Rob Nicholls here, your friendly neighborhood Chief Creative Officer. It’s been a while since we had an update to Hash Rush that had a lot of substance. Well, now that build 256 is live, I hope you agree with me that there is some substance there.

However, it was not as much as we had originally planned. So come with me into this article as I give you, our community, a peek behind the Hash Rush curtain.

Getting Back Up To Speed

Now, any true Hash Rusher knows that things have been slow for a good long while. Our updates were few and far between as well as not being very substantial. I’m sure this has disappointed a lot of you and made folks wonder what was going on with us.

While I cannot go into detail right now, let me just say that everyone here at Hash Rush HQ agrees with you. And the good news is that things are looking better than they have in months, so we are getting back up to speed with our development of the game. 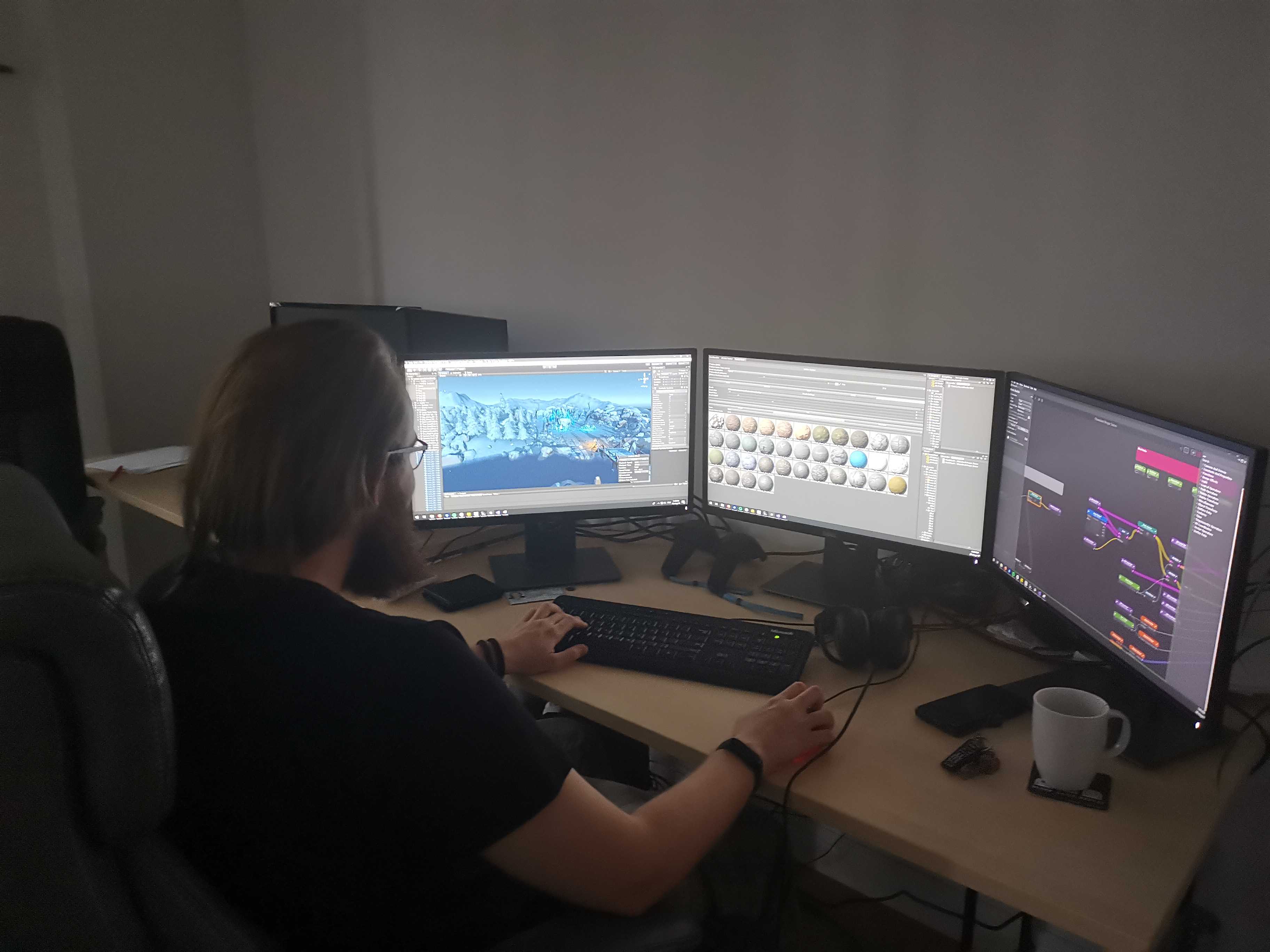 As we started gearing back up, I wanted us to address one of the core features that was still lacking in Hash Rush… Combat. Yes, we had enemies out in the Fog that would fight you if you came near, but we had nothing that would come AFTER YOU. There is supposed to be an entire Crystal Scourge out there opposing your expansion, yet there was no sign of it.

I wanted that to change.

As has been said in our previous Dev Blog, the role of Combat in Hash Rush has changed many times. Originally, there was not supposed to be much. Then I came and wanted a more traditional RTS experience. However, this led to A LOT of subroutines for individual behaviors that made it more difficult to track what a unit was thinking and doing.

So our devs dug into things and discovered a great Unity tool called the Behavior Designer that would allow for a VISUAL representation of unit AI.

These behavior trees are really beautiful to behold and clearly show what a unit is thinking and doing. We estimated that it would take a month to add this tool to the game and planned the date of our Live Update accordingly.

I said that this combat overhaul was a big task and we devoted four weeks to make it work. Well, it turned out that we should have devoted more.

Why’s that you ask? Well, originally we thought that there were some old behaviors that we could leave in and let the Behavior Designer handled the rest. However, what we found was that the old and new systems fought each other a lot more than anticipated. For example, you would tell a Worker to run away from an enemy, but then the Worker would turn around to attack that enemy, clearly not an ideal situation.

So eventually it was decided it would be best for the game to rip out the rest of the old code and do all the AI in the new system. But the devs had to scramble to recreate ALL the old behaviors in the new system. Harvesting, mining, production… basically, all the unit AI we had under the old system now had to be recreated. This was in addition to the new behaviors such as Hunt, Wreck, etc.

This required a lot more time than we had budgeted, so we had to launch with less content than expected.

It’s true what they say though; that “every cloud has a silver lining”. While this update was stressful, it did point out that we need to be better with our planning and internal communications. There were a lot of hours of effort just to get something out that was close to what we originally planned. So for our next update, both the production team and the development teams are now in a much better position to work on the game. 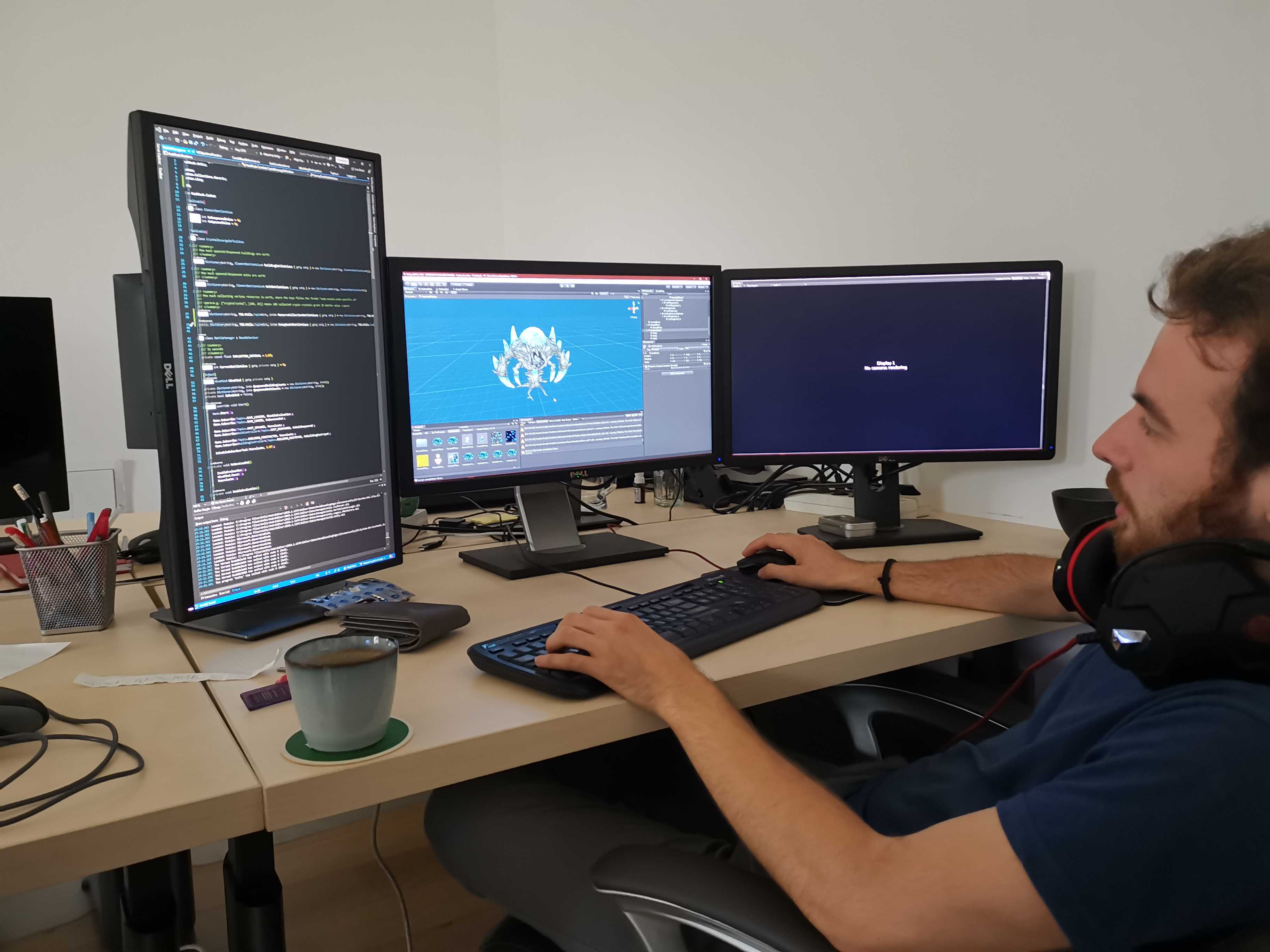 The good news is we are over this particular development hump and now with the new combat system, it should be a lot easier and faster to create unit behaviors. You will see a lot more of the actual planned core loop of Hash Rush take shape in the next few months; such as more of the actual Phases of Resistance. Think of build 256 as a pledge of things to come and not as the final product.

So that’s it for this Dev Blog! We hope that you are enjoying the new content; please don’t hesitate to tell us what you think on Discord. And if you happen to find a bug while playing the game, remember that F11 is your friend!