"Inverto" is a first person shooter-puzzler with gravity manipulations. Game is ideological successor of such games as "Prey" and "Portal" with a pinch of parkour and platformer elements. "Inverto" is developed on Unity3D game engine and is planned on Windows, Mac, Linux. Will be released later this year. Latest alpha of the game is available on Desura.

Proceed all of the testing areas as a simple researcher with your trusty GraviGun. Prepare to explore Escher-esque spaces and solve navigational and gravitational puzzles by changing gravity direction, employing body momentum and fighting nausea (if only you have weak vestibular system).

Still not sure? Check out this videos:

Latest public version of the game is in alpha state, and does not represent final product quality.
You can play WEB version (0.41) right in your browser. 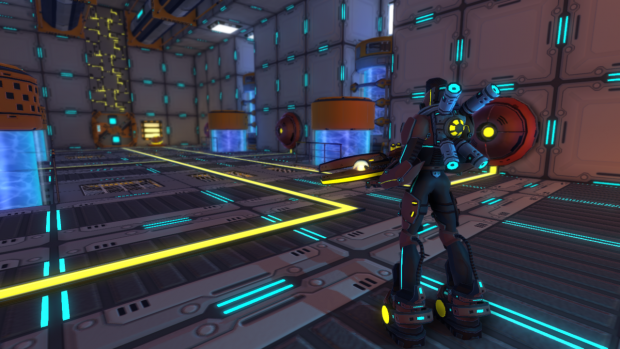 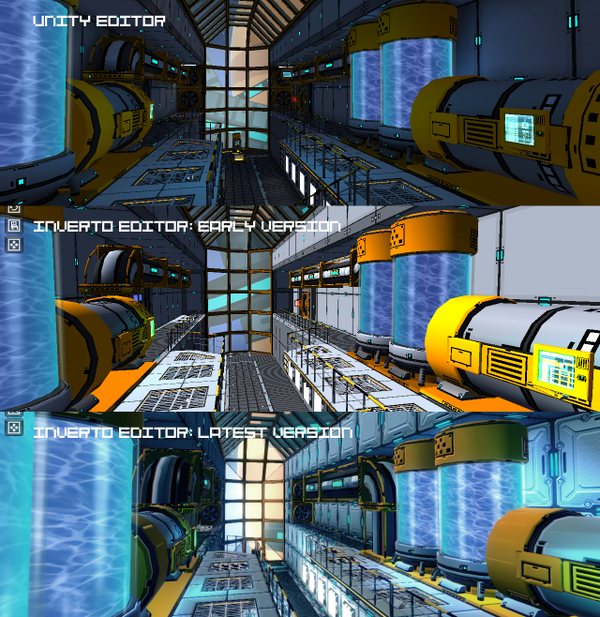 Inverto is back on track

5 months, no updates? Is it dead? What about developer?

And there was Editor

Some news about next update

Is this dev dead? And since Desura is gone, where can I get the beta version now?

Amazing game, it got me raging so hard, also got very disoriented and I was being a dumbnut XD

Looks awesome, will pick it up :)

Hey! We're Idris Radio and we host a bunch of shows to do with reviews of lesser known games or titles or indies etc. We reviewed your awesome game! Check it out?!

Thanks and all the best!

I've just finished free version from your web and bought Alpha here. It's one of the greatest indie games I've ever played. Just one thing I would change - climbing speed on ladders is too slow. In all other aspects it is perfect. Thank you.

Hi! Thanks for your kind words. Climbing speed on ladders was already increased actually for next alpha update. Not ready to announce it yet have a lot of feedback to work on and a lot of bugs to fix.

had a great time with this game, voting for it on IOTY

Still a little buggy in its current state, but heaps of potential here.

Can't wait to see what it looks like when it's done!