GearBlocks is a sandbox construction game where you build all things mechanical: cars, trucks, cranes, lifts, planes, quadcopters or anything else you can think of. Want your car to have working steering? Build all the steering linkages and hook up the rack and pinion gears. Want it to have a functional drive-train with a differential? Put it all together with gears, axles and a motor.

Once you've made your construction, share what you've built with your friends, try out what others have made, and maybe learn a new building trick or two along the way. 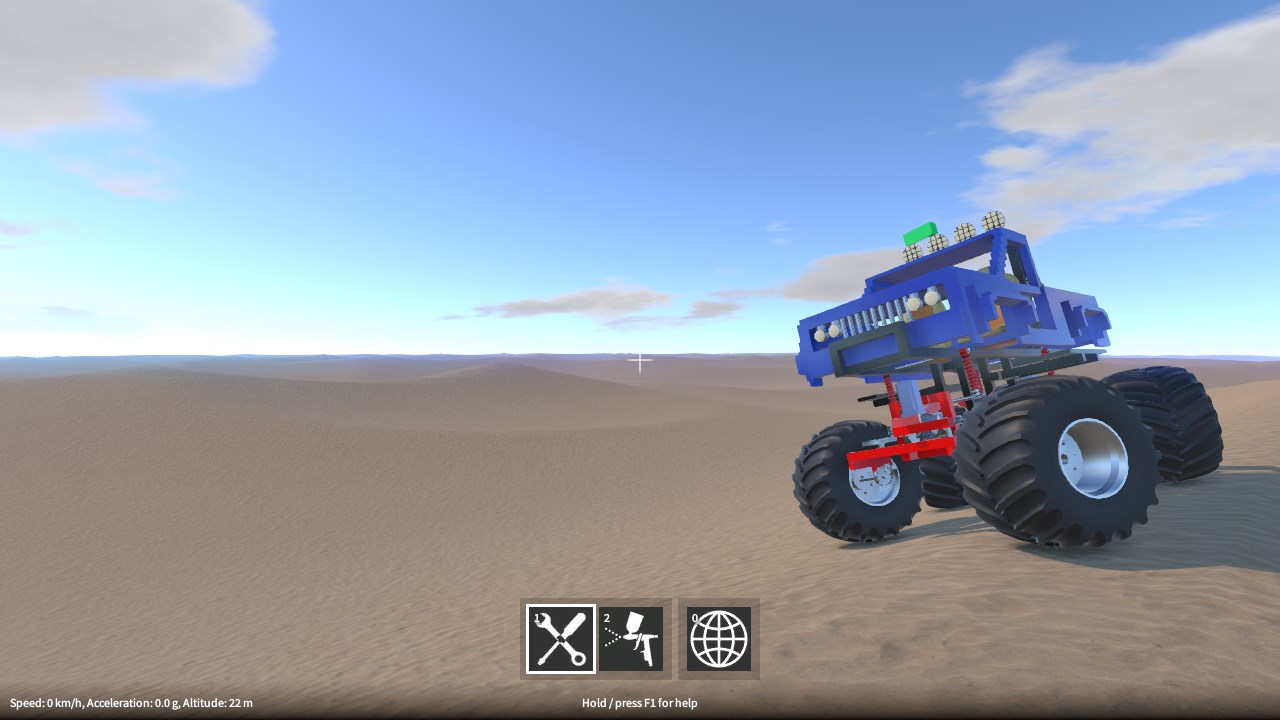 Hey everyone, I thought I'd introduce my game and myself a little bit. This is a bit of a passion project for me. I've loved games since a young age, but I was also just as into Lego Technic, cars and generally anything mechanical, an interest that has carried through to this day. The idea behind this game is to take the joy of building mechanical things and interacting with them, and combine it with simple skill based challenges, and perhaps most importantly, the ability to easily share your creations with others.

Pillars of this game project:- 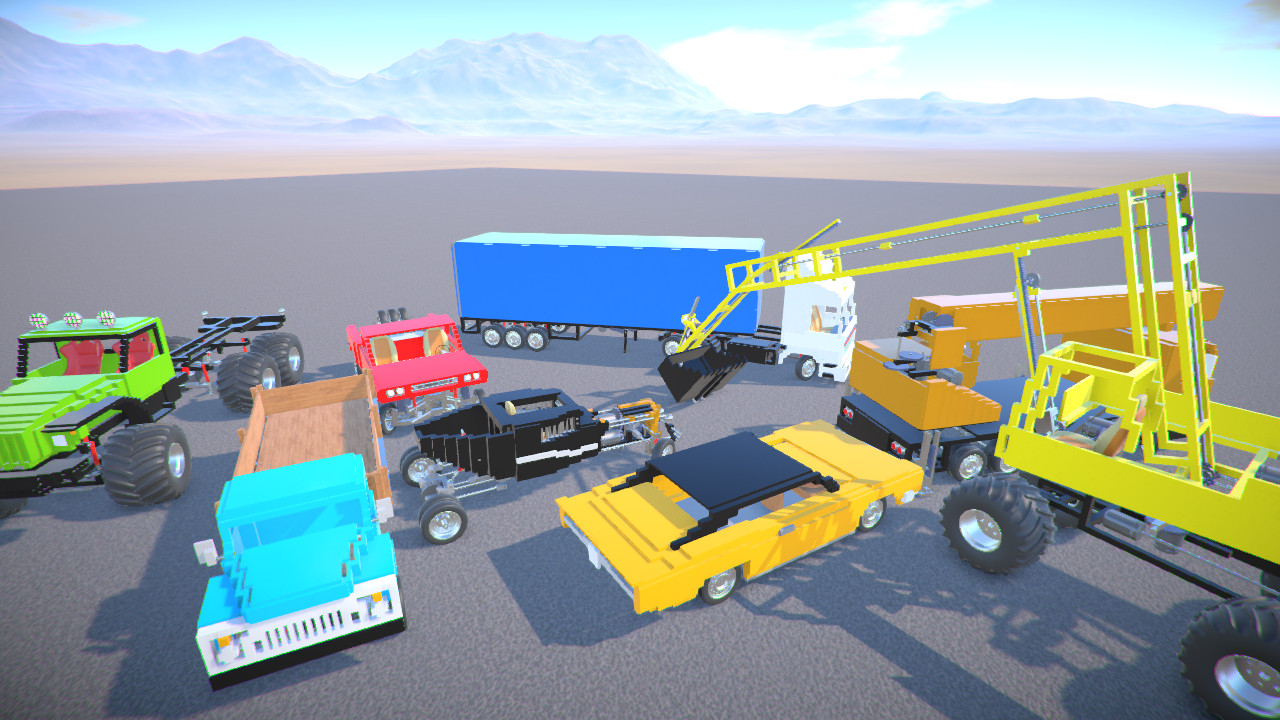 The game is still in early pre-alpha development, so many of these features are still in progress or not available yet. 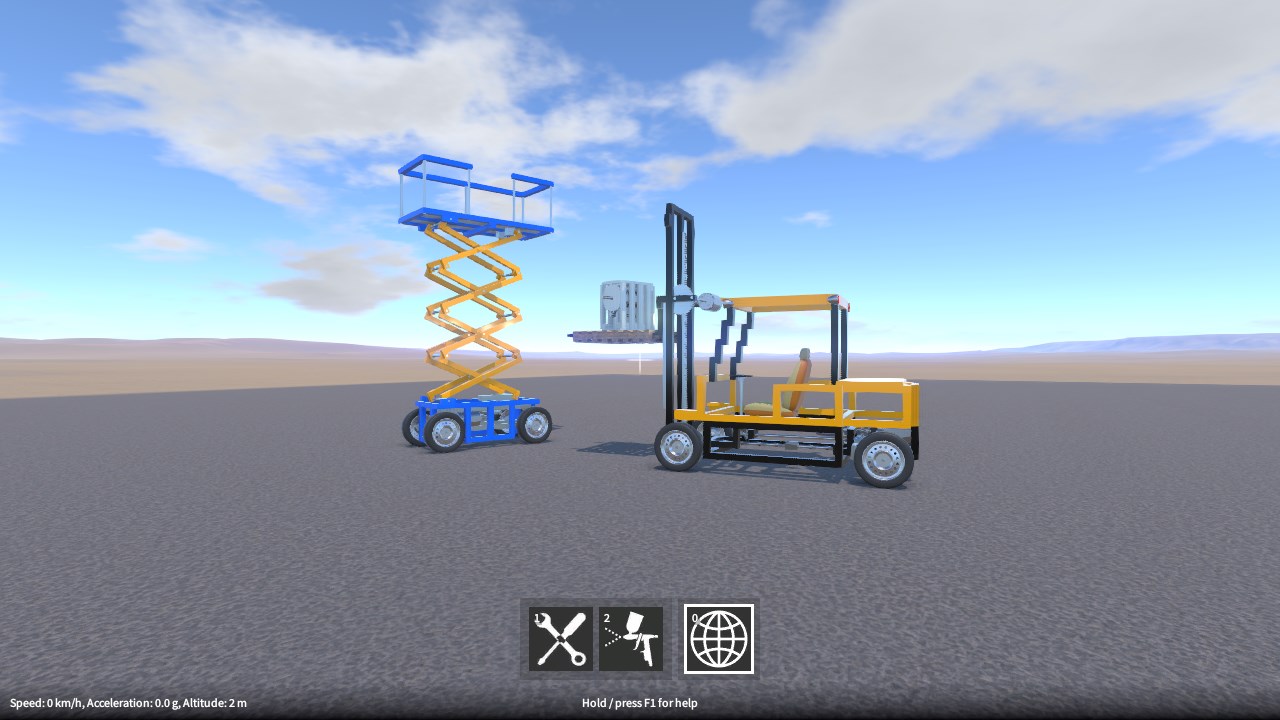 Right now it's a team of one making this game, just me (there's no "I" in team, but there is a "me"?) I guess you could say I'm an industry veteran (in other words, I'm old ;)). After having worked as a programmer in "AAA" games for around 15 years, I decided to try an experiment, could I develop and release my own game? Jury's still out on that, but things are going pretty well so far. You can find me here: Twitter.com

GearBlocks pre-alpha demo - build 0.5.7273. This update is all about improving the player character, with a new character model, better player animations...

GearBlocks pre-alpha demo - build 0.5.7019. This update introduces the material tool that allows beam and plate materials to be swapped on the fly. Also...

GearBlocks pre-alpha demo - build 0.5.6628. NOTE: DO NOT INSTALL OVER AN EXISTING INSTALLATION, PLEASE UNINSTALL THE OLD DEMO FIRST! In this build: improved...

Hey i have an idea

I'm afraid I don't have a date yet for the first early access release of the full game, I need to plan out the remaining tasks for this release before I can work out a realistic date. I'll be getting stuck into this planning phase very soon hopefully!

Hey sam! I would like a ''draw distance'' setting, because I was getting so much lag (in a very low-end machine) due to rendering.

If you turn down the "model detail" setting, that will reduce the draw distance of dynamic objects in the world. I didn't expose a draw distance setting for the entire scene (e.g. terrain), but I've experimented with this in the past and it doesn't really make much impact on frame rate.

The rendering performance tends to be mostly fill rate bound, so turning off all of the rendering effects (e.g. "reflections"), lowering the "texture filtering" & "shadow detail" settings, and lowering the screen resolution makes the biggest frame rate improvement.

Changing these settings still might not be sufficient to get a playable frame rate on very low end machines however. The game uses HDR, PBR, and deferred lighting, which all have an inherent rendering performance cost that can't easily be avoided without breaking the look of the game. Perhaps if there's sufficient demand for it, I could add a simplified rendering mode that does away with these features. It would completely change the look of all the materials and lighting in the game, and would require reworking a lot of the assets.

Sorry I couldn't give a more satisfying answer, but I hope this was somewhat helpful at least!

Hello! I have a suggestion: you should thinking about implement some u-joints and kingpins, it would make game much esier to build some real constructions :)
btw. sorry for bad english :P

Thanks for your suggestion! The full version of the game already has CV joints, ball & socket joints, suspension uprights, suspension control arms, and many other parts. I really wanna reveal all this stuff, but I still have a lot more work to do on the game first.

There's a little something that I uncovered long ago, but never got around to reporting until now. All the gears have the same mass (Except the rack gear). This makes the 8t gears probably the densest object in the game.
I made a scale to show this concept (the wheel has 50):
Puu.sh

Aha, well spotted! Yes, unfortunately the gears must all have the same mass, otherwise the physics constraints between them don't work very well (causing the gears to "slip" under high torque loads).

I'd love to find a way to make the gears work while giving them more appropriate masses. Setting them all to the same mass is basically a hack, which I'm not too happy with if I'm honest. Maybe I'll figure something out, but until then I'm kinda stuck with things the way they are!

A Walk in the Woods (VR) Realistic Sim