Airport CEO is a 2D tycoon and management game where you take seat as the CEO of your own airport. You will build the airport’s infrastructure with everything from runways and taxiways, gates and hangars to constructing terminals with check-in, security and tax-free shopping. You will manage the business perspective of the airport by hiring employees, managers and board members, making deals with airline companies and making sure that ends meet by keeping an eye on budget and resources. 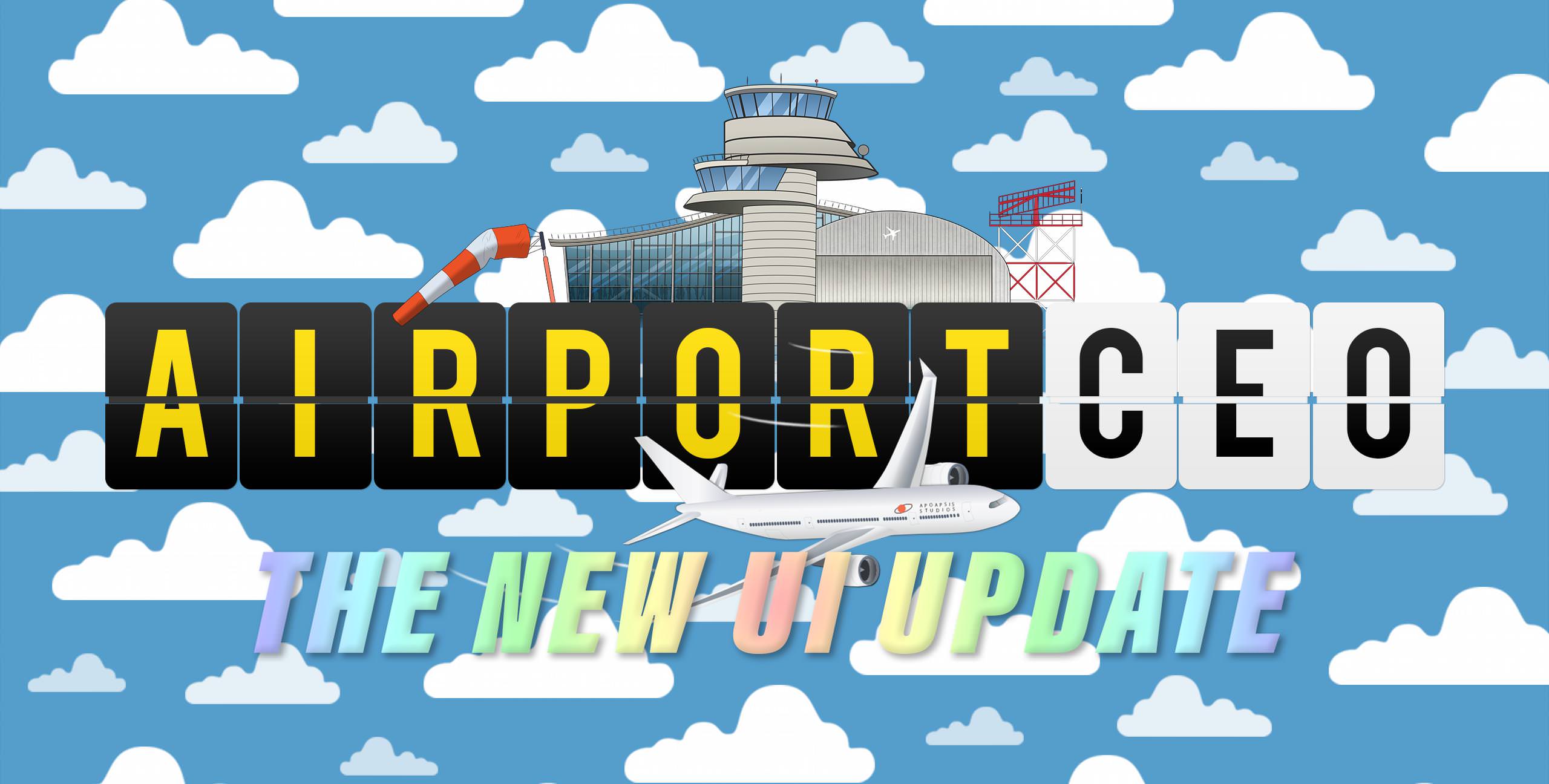 Introducing a New Era of being an Airport CEO

How's business? Your passengers doing OK? And how's that old user interface? Long-time no see, but finally the new UI has made its way to the default branch. Alpha 27.6 packs the largest update to Airport CEO yet and is filled with new content, naturally of course, centered around the user interface but also in terms of bug fixes, performance improvements and minor content additions such as new graphics and the occasional aircraft model and liveries. It also includes Steam Workshop support so that you can yourself pick and choose amongst hundreds of user created businesses and airlines to take place in your airport (you can also check out airports created by other airport CEOs!).

The full change log is available via the official Airport CEO webiste, but first, let us focus on some of the core features that the new UI update brings... 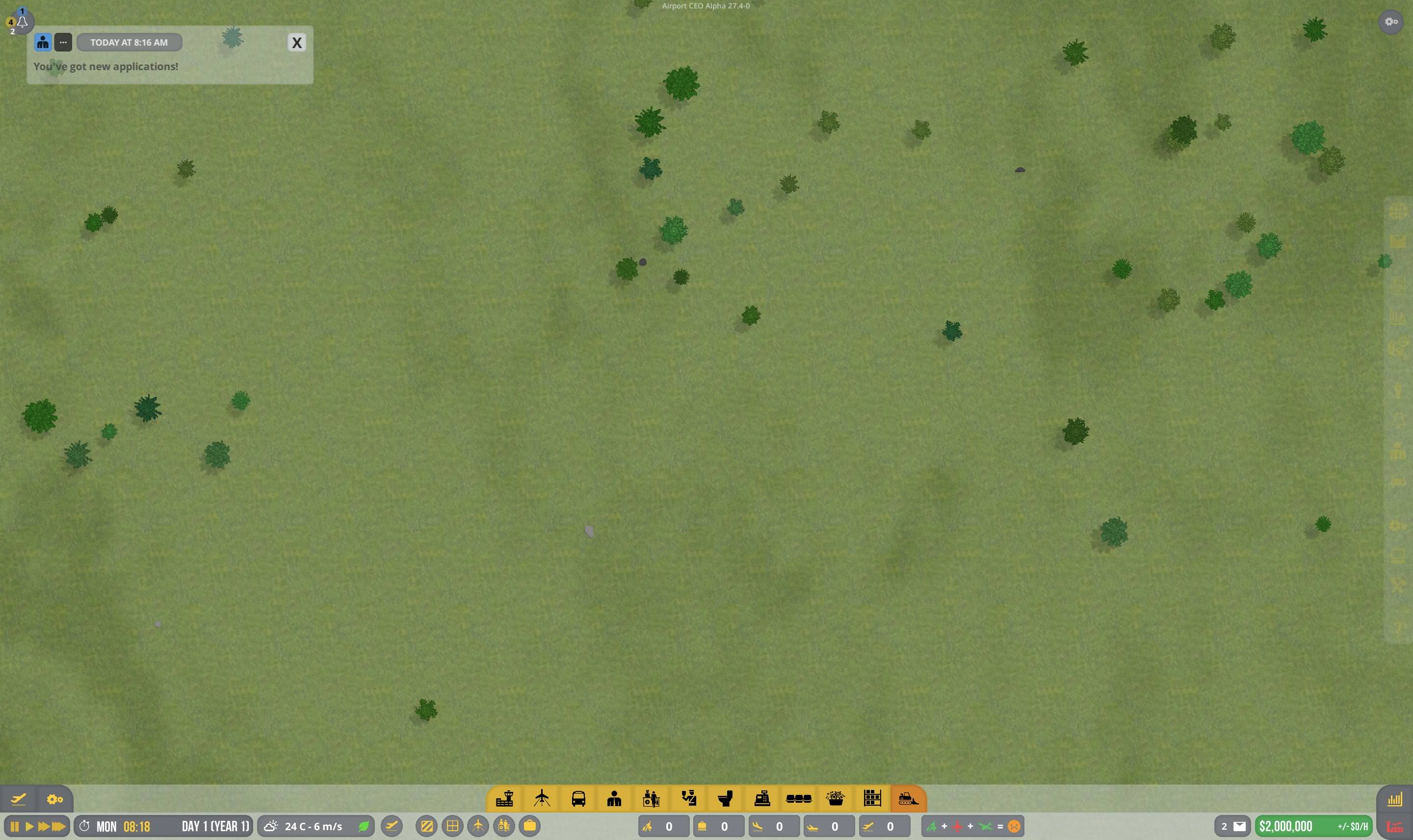 The new user interface is sporting a new color scheme and a lot of new graphical assets. Gone are the days of buttons with black edges around them and we’ve instead implemented a set of new and sleek panels and buttons to better facilitate a minimalist style. Gone are long strings with text that don’t make sense or look nice, instead we’ve focused on including understandable and user friendly icons accompanied with tool-tips that pop-up when you need them. But the visual overhaul is not complete, we’re currently working together with a UI and UX specialist to give further life and polish to the new Airport CEO user interface and there is still a few visual and functional changes coming up ahead.

The old Airport CEO user interface was clunky to use and anything but intuitive. The new version has been redesigned with the intent of lowering mouse pointer travel as much as possible. We’ve centralized the information you need to the lower parts of the screen and have done a lot to make the user interface easier to navigate and understand. To the biggest extend possible we’ve reduced the number of levels you can go down in a menu to avoid getting lost and have strived for presenting data as easy as possible.

We can now present the new Flight Process Monitor panel that will hopefully be of great assistance in monitoring and locating loopholes in your flight’s processes. Here’s a brief breakdown of how it works: The data panel will show you relevant information about your ongoing flights and give warnings if there are delays or issues. The blue area will show flight data such as the stand, flight status, number of passengers and flight times. This will help you see how long a flight has left until it should leave the gate for departure and as you can see in the example below, in this example we currency have two delayed flights (we will come back to this later). The yellow area will show your passenger statistics, for example how many passengers have arrived at the airport for each flight, how many are checked in and so forth. This will be useful for you to see if the passenger flow is adequate throughout the terminal and could for example help you decide if another security checkpoint is required or not. The red area to the right is for monitoring the turnaround process at the aircraft stand. It will tell you if bags have been unloaded or offloaded in time, the process of the service round and finally if refueling is completed or not. As you can see our two delayed flights have several problems, one of them is not 100% refueled yet and both are still waiting for bags to be delivered to the aircraft. So this is a clear indication that we might need to order an extra fuel truck and service trucks but also look into the baggage flow. This is the first draft of the panel, and it is planned to be expanded with, for example, the ability to prioritize a certain flight and more complex analyzing to give you hints on where your process might be flawed.

Data, data, data! The data panel (which requires a CIO to see) at this stage features a few line graphs that feed you raw data from select sources. Want to see how many passengers that flow through your airport over time? How about seeing your income, outcome and balance next to each other and how they’re affected in real time by your current earnings and spendings? No problem, the graphs will show you that and more. As Airport CEO develops, more data sources and more graphs will be added to provide you with unbiased information on how your airport is performing.

The new UI update also brings a new incident tracker panel and a new incident system! While we’re preparing for major and serious incidents to be simulated in your airport, minor once are already happening. Sinks that break and persons that cannot reach certain areas can be inspected using this panel (accessed via a notification) to give you a better understanding of what is going on.

By right clicking an object you can now rename, recolor or view its current cleanliness or condition. You can also, if you so choose, manually order a janitor a service technician to commence repairs or cleaning. Soon we will continue to develop this panel and enable repositioning of objects.

We’re ever grateful for all the helpful and qualitative bug reports we’ve received over the past months and it’s time that we repay you. As of this new update there is now an in-game but report where you easily can summarize what has gone wrong or broken down, attach a screenshot of your choice and then easily send it off. As you press “send”, we’ll automate the process of collecting the game’s log file, a snap shot save of your current airport and your screenshot and send it off immediately to our bug platform. This will enable us to receive more qualitative reports that help us solve bugs faster while also making it a lot easier for you to send it.

The new UI features a lot of polish with performance improvements, fewer UI related bugs and better reliability as well as more smooth animations and game state transitions. This is thanks to the core focus groups that helped us test the new UI in its early stages and all the airport CEOs who’ve been playing on the experimental branch, continuously sending in new bug reports: Thank you! 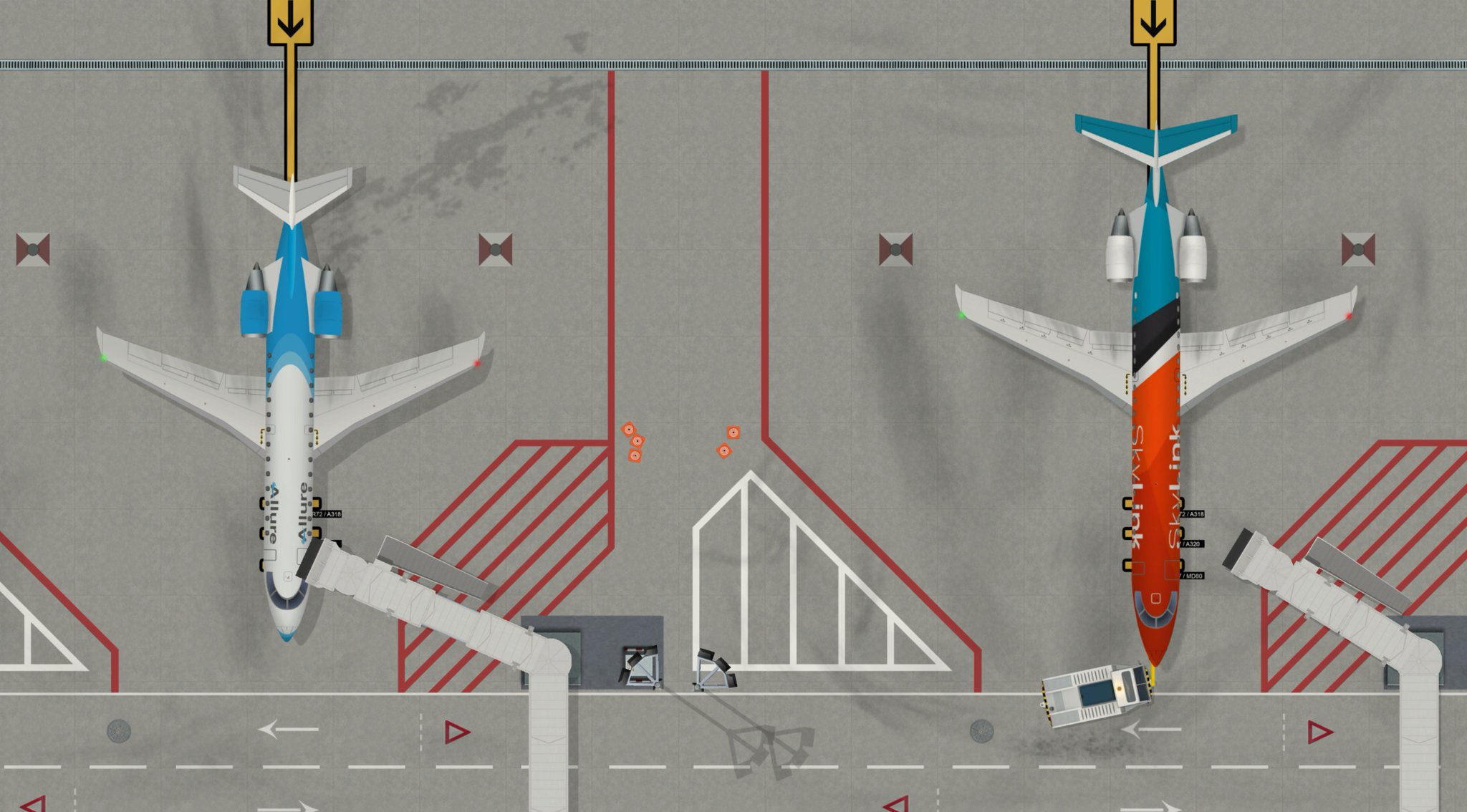 So that’s for the UI… what else? Well, here are some of the core feature that the new update, in excess of the UI, bring:

You can now access the Airport CEO Steam Workshop via the community hub and when you subscribe to an item, it will appear in the Mods panel via the main menu. Here you can enable and disable mods you’ve downloaded as well as, at the push of a button, visit another airport CEOs airport save.

We’ve implemented a new system for rendering large amounts of tiles in the game which should allow for larger airports to run at a better frame rate when zoomed out. In addition to this, and while the performance journey is not over, we’ve continued to overhaul different aspects of the game to improve script as well as rendering performance.

There’s a long, long list just below this text that’ll depict in greater detail on what we’ve been improving for the past two months but it’s fair to say that several bugs have been squashed, while there’s also been a few directed efforts of polish and improvements to existing systems. 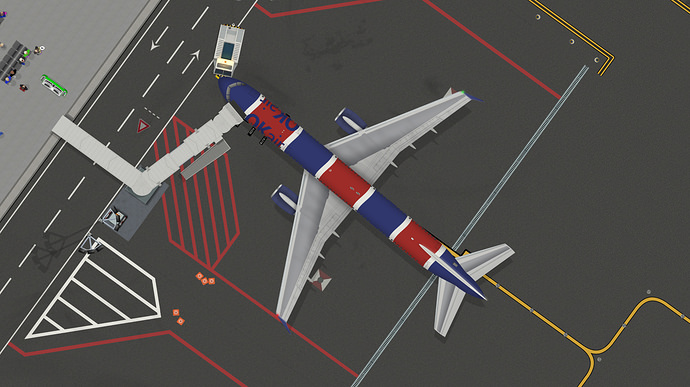 This period, from the previous Alpha 26.2 to Alpha 27.6 marks the longest period in our development cycle where the default branch have not been updated. Moving forward, the default branch will be updated at least once per month and the experimental branch weekly, and sometimes daily. While the work on polishing the new UI continues we will from now direct out attention 100 percent to adding new content and new features, and the decision process of what we’ll work on next is already begin decided via the community voting feature. You can join in on the voting process until this Monday (25th of June 2018) via the official Airport CEO Forum. Simply register an account and get busy voting.

Enjoy the new update and we’ll see you around the community.

Hey there, future CEO. We heard you were looking for a job so funnily enough we found a job posting that might be of interest to you, check it out…

After another few weeks of waiting we are now showcasing the third and final gameplay video of Airport CEO featuring the full passenger and baggage cycles...

It’s Monday and time for another development blog fresh out of the Apoapsis Studios headquarters. We’ve had a pretty productive week and even managed...

After a few weeks of waiting we are now showcasing the second gameplay video of Airport CEO featuring management aspects, again awkwardly commented upon...

WE SAID THE GAME IS FREE!!

waiting from around 2-3 months now!! Please release pre-alpha version or tell the game release date in which the game is free to download OR just expected date of releasing of free pc version!!!

i will play this game