Foxhole is a massively multiplayer game where you will work with hundreds of players to shape the outcome of a persistent online war. Players ARE the content in this sandbox war game. Every individual soldier is a player that contributes to the war effort through logistics, base building, reconnaissance, combat, and more.

Discuss on r/foxholegame or chat with the community on our discord server. 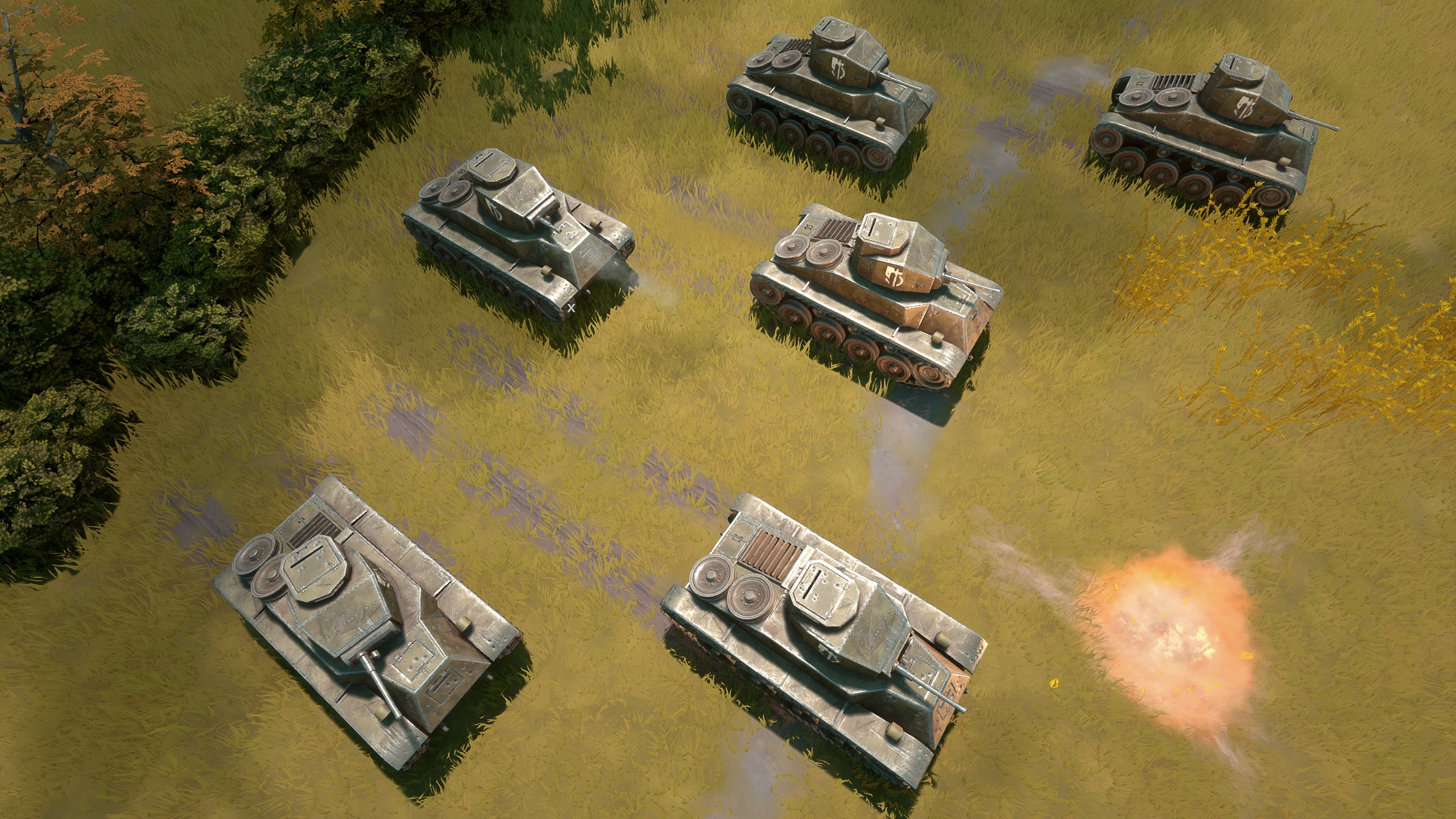 Player Directed Warfare - Every soldier is controlled by a player. Players ARE the content 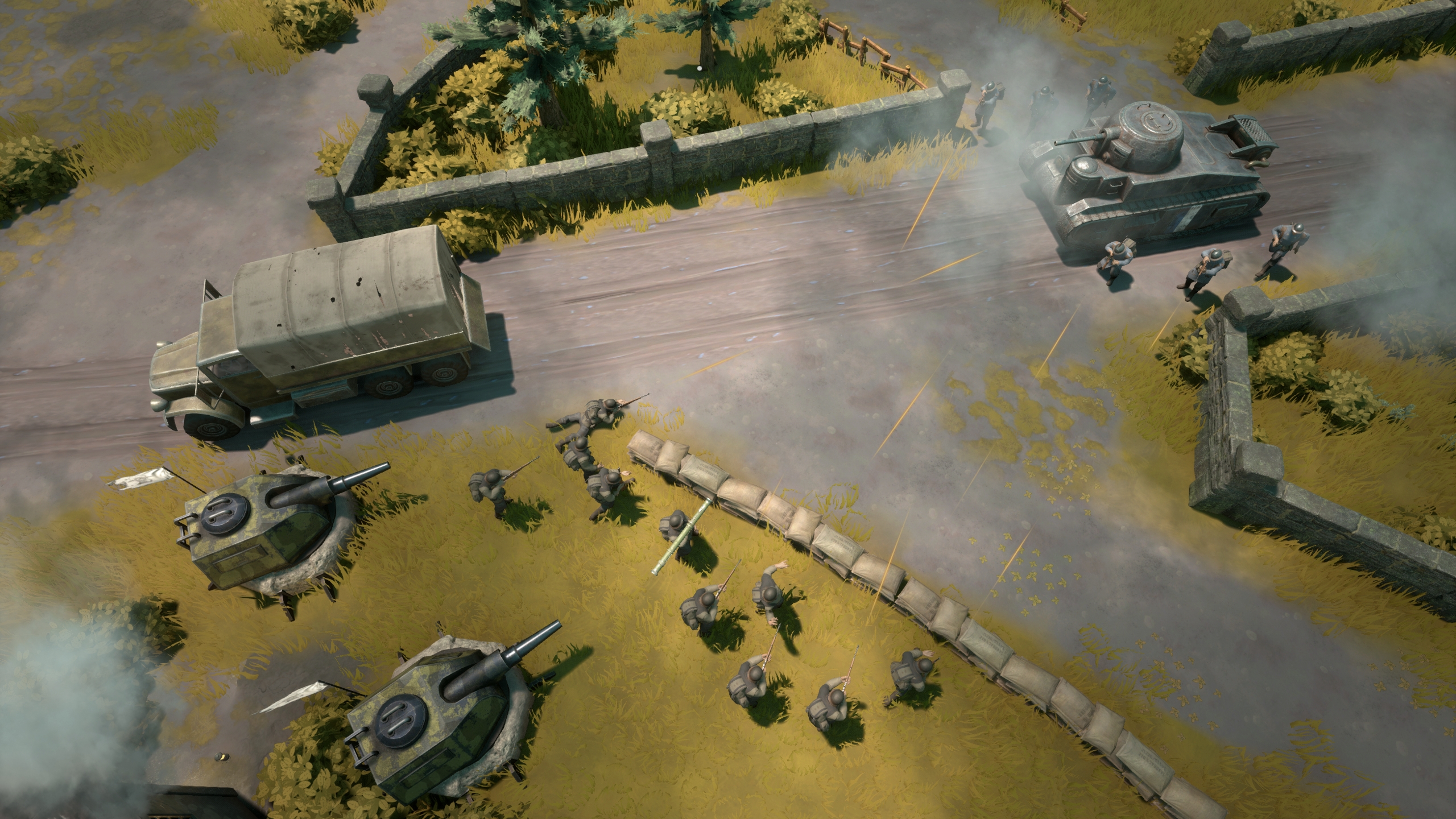 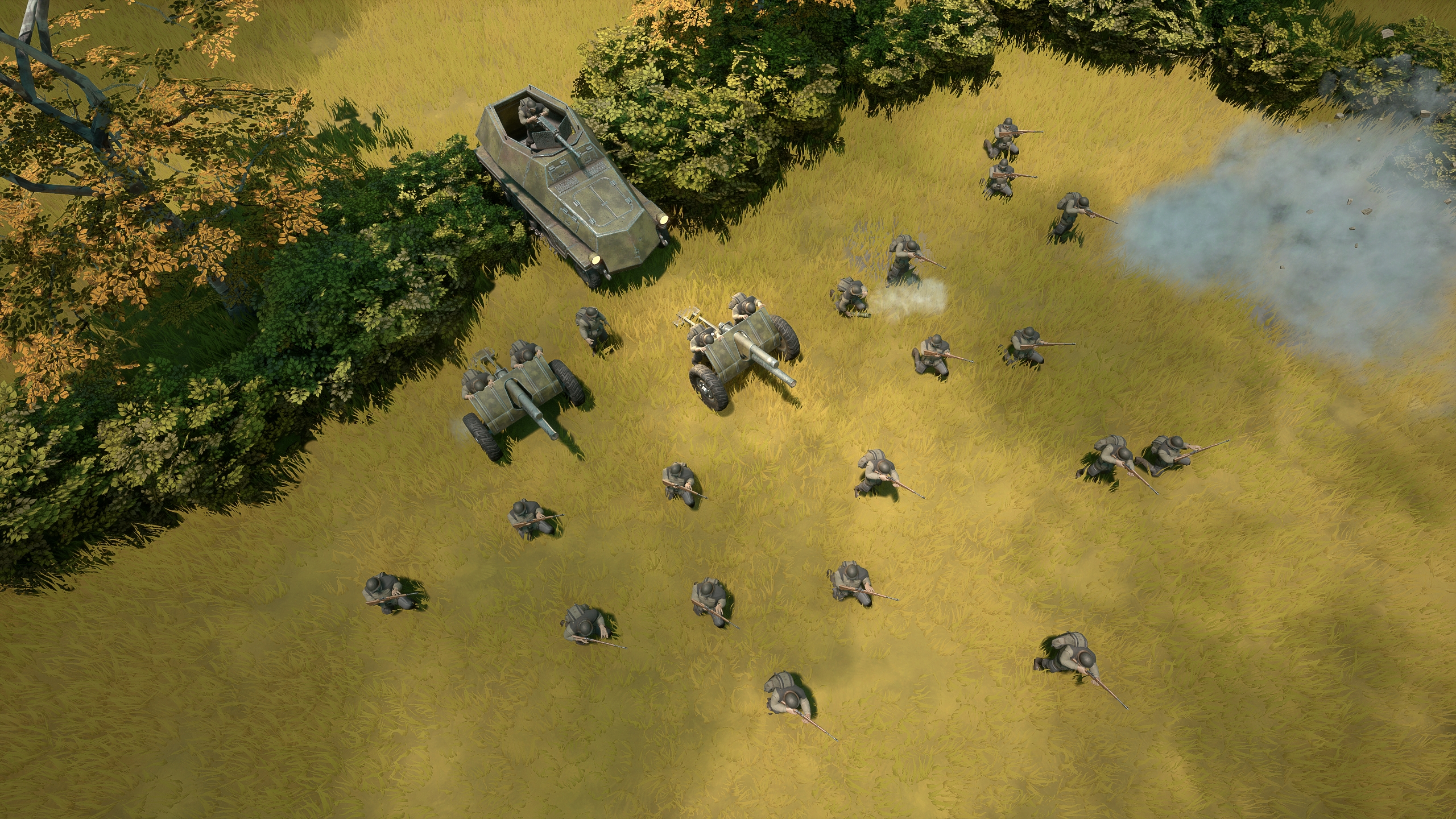 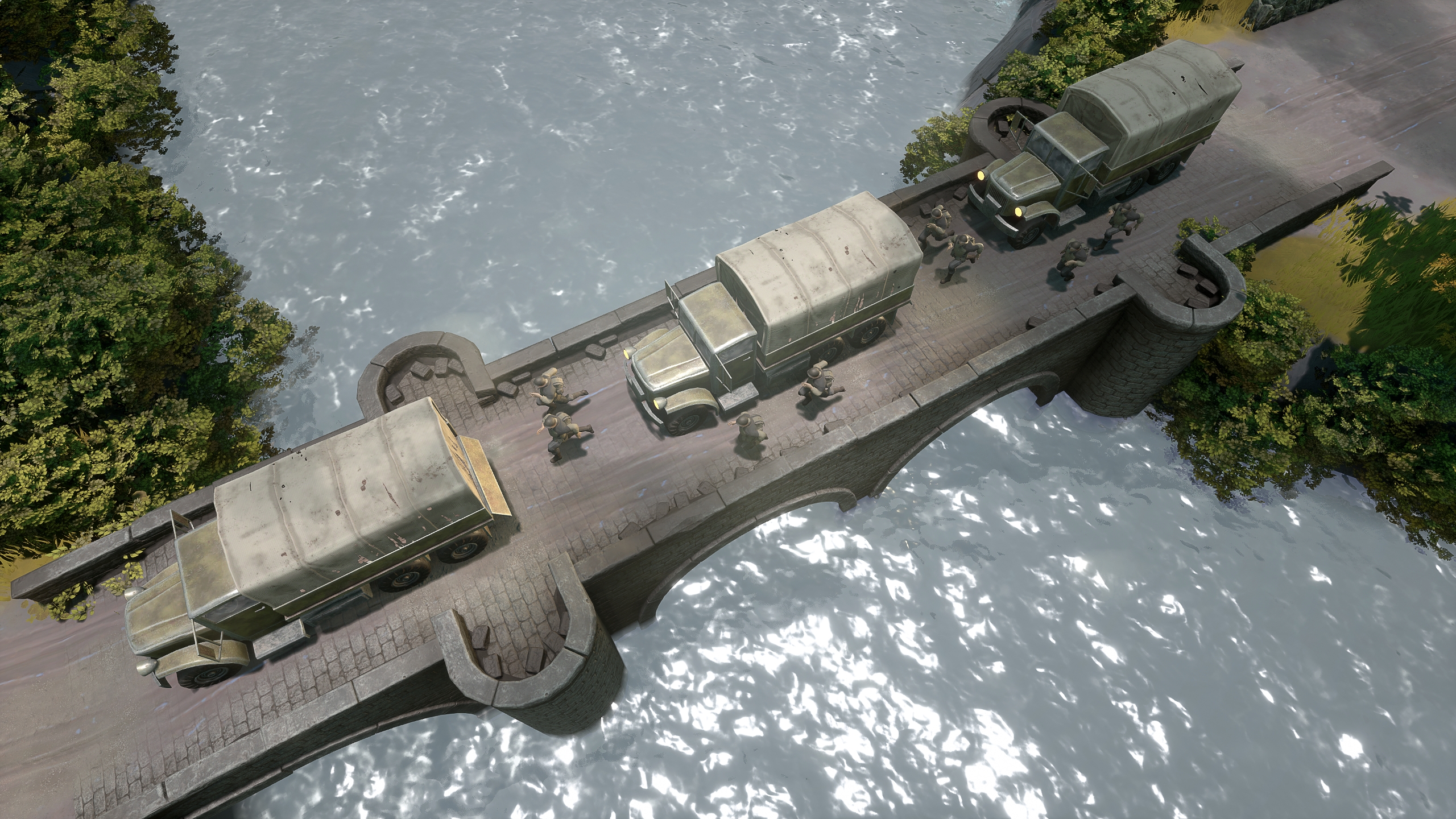 We started this year continuing our work on base building to bring it's core design goals to completion. This has allowed us to focus on the depth of this feature rather than just moving onto the next area of the game.Bunker Infrastructure ideally will be used to add a sense of persistence, investment, and ultimately long term goals for base builders. People will get to decorate bases as they like, and doing so will advance the tech associated with an individual bunker base. Think of it as a mini tech tree that progresses the larger and the more awesome a base looks. The rate of progression is directly determined by the number of installed Infrastructure Modifications, requiring planning and effort to achieve these mountain goals.There are three types of Infrastructure and each has its own set of Modifications that contribute to their rate of progression equally. Each has its own tech progression and will affect the type of structures you unlock for that bunker. Garrison - Unlocks defensive structuresSupport - Unlocks support structuresCommand - Unlocks facilities and structures that can impact deployment For example, if you build a new T3 Bunker Base, you have to install Garrison infrastructure modifications to advance your Garrison tech, which will eventually unlock structures like Howitzer Garrisons.

The Bunker system and the Trench system wasn't scalable to other new features that we wanted. To make sure that we could add the content we wanted, we had to restructure the Blueprint "Class" system to allow for the creation of more involved content. 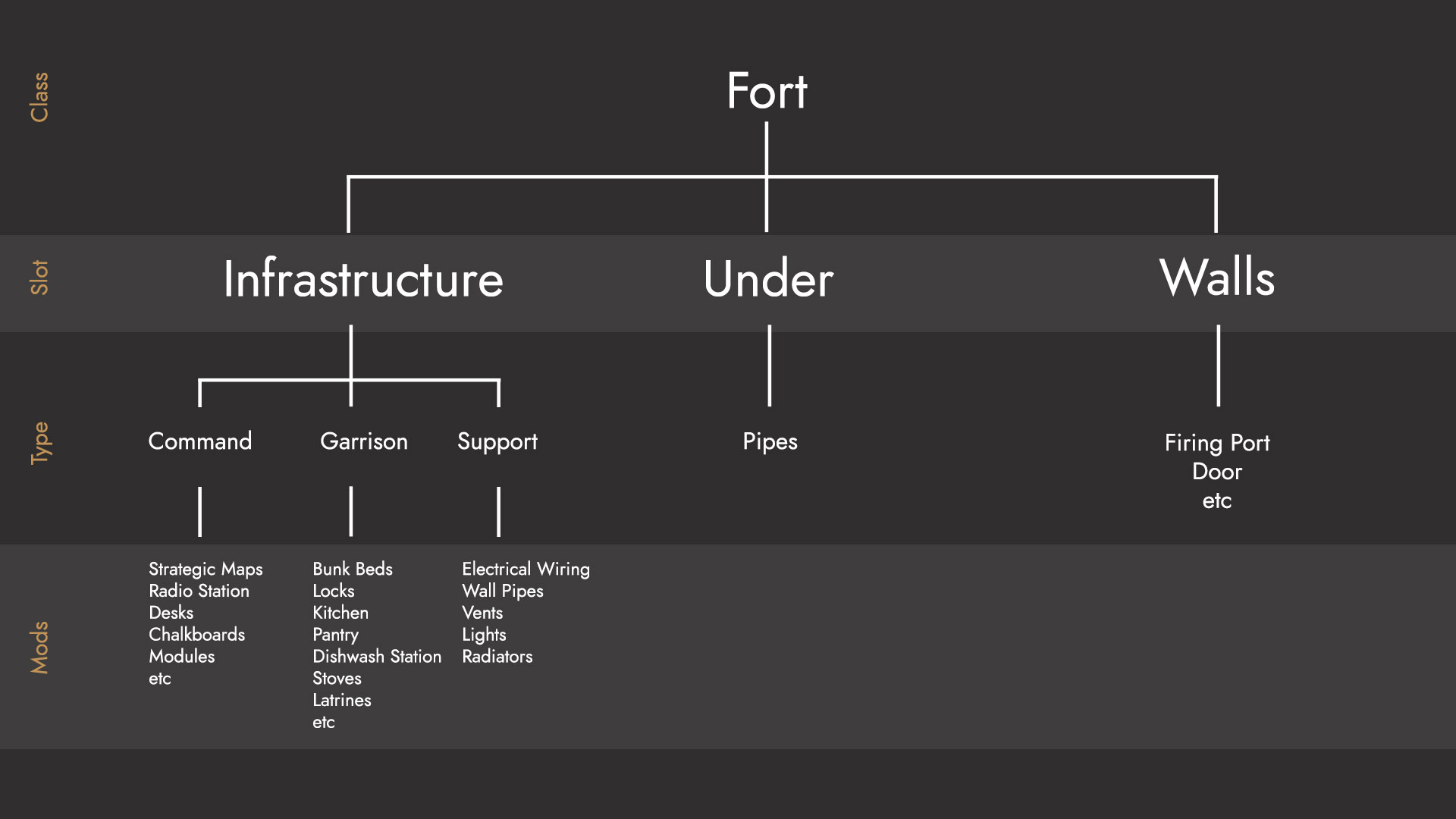 The chart showcases how we organized the Bunker content. When you have a hammer equipped and are in 'upgrade mode' it basically runs a check when you click on the available upgrade. If you click on a firing port, it will show you all the available locations to build a firing port, because its in the wall slot. This system worked well enough for simple assets, but what if we wanted more visually interesting assets with lots of variants?The programming monkeys on our team (aka Casey) have modified the system so that we can create a sub-type called 'mods'. These mods are their own blueprint (essentially a folder) where we can decorate it any way we want and have a corresponding type that it fulfills. This means we can add visual variations, and add things like decals and lights without bloating the Bunker Class blueprint with a million assets. Now it even supports the randomization of assets when you build something, so when two people build something side-by-side they will not look identical.To make a long story short. We can now make more complicated and visually interesting props for the Bunkers, that allow players to visually customize their bases.

The challenge of being able to make more visually interesting assets is that we the artist, now have to create more visually interesting assets. Anthony, Julian and I had the task of researching and creating a large library of assets for us to generate to populate all of the content required for mods. We needed a way to create variants for each of these mods without creating a custom model for each one. Julian drew a lot of concepts for things he would like to see, and then Anthony and I broke down the visuals into related groups. We also found some cool references for things we would like to make in the world

After breaking down the list of things we wanted to create, we divided up the work and began content creation of the individual groups, to prepare for assembly. Building in a modular fashion is an interesting challenge as you have to pre-plan your textures and have them organized in a way that anyone can create a new asset just by manipulating the UVs, but it allows for a huge variety of decent looking assets made very quickly and efficiently.

Once all the elements are made we can then assemble their mod blueprints in the engine to create all the variants. Here are some of the assets in-game. 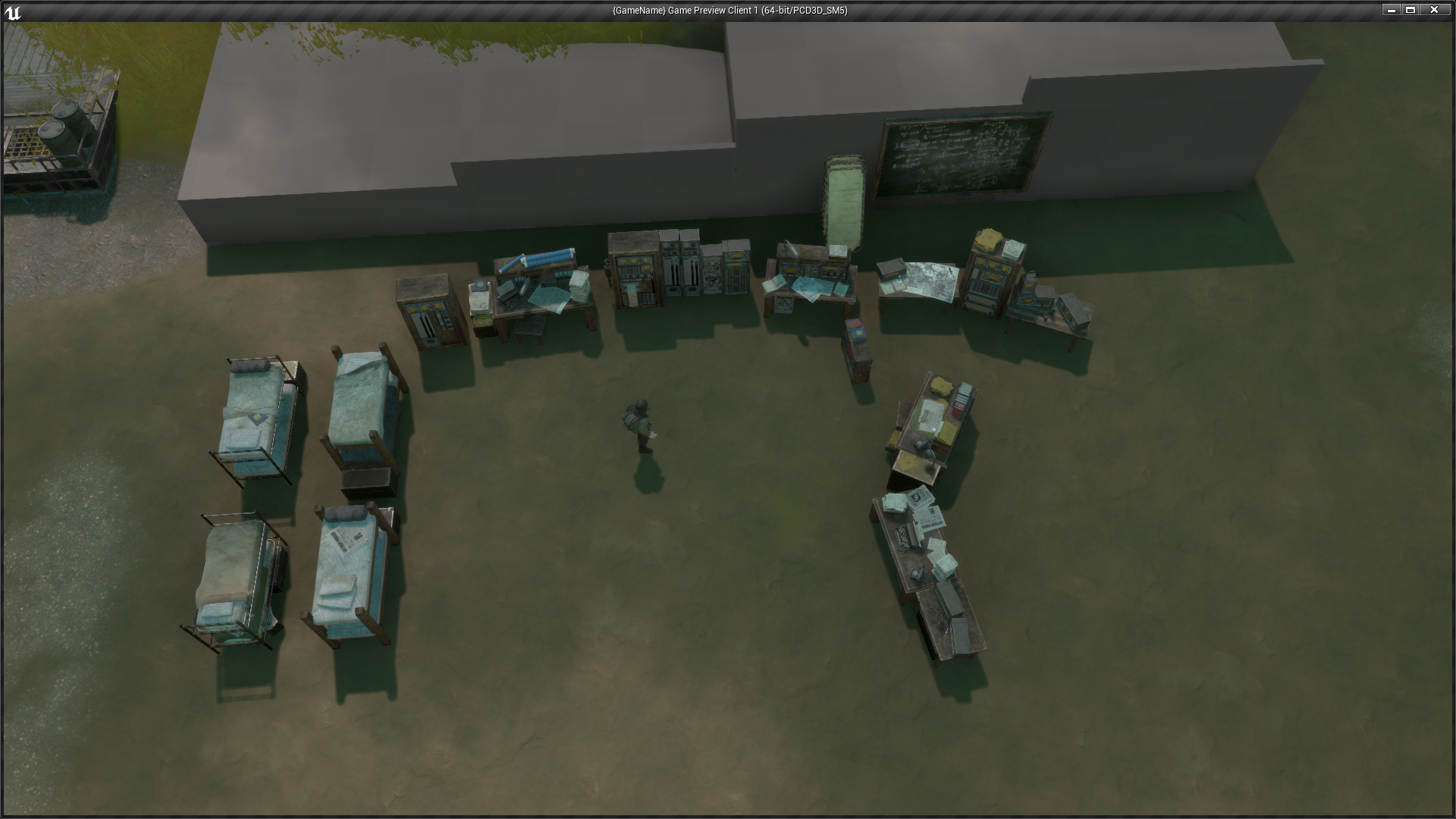 To showcase some of these details we are also playing around with the idea of having a "cinematic" camera that is more zoomed in and slightly lower camera angle. The idea was that there is a keypress that would zoom the camera is similar to how games like Diablo 3 does it. 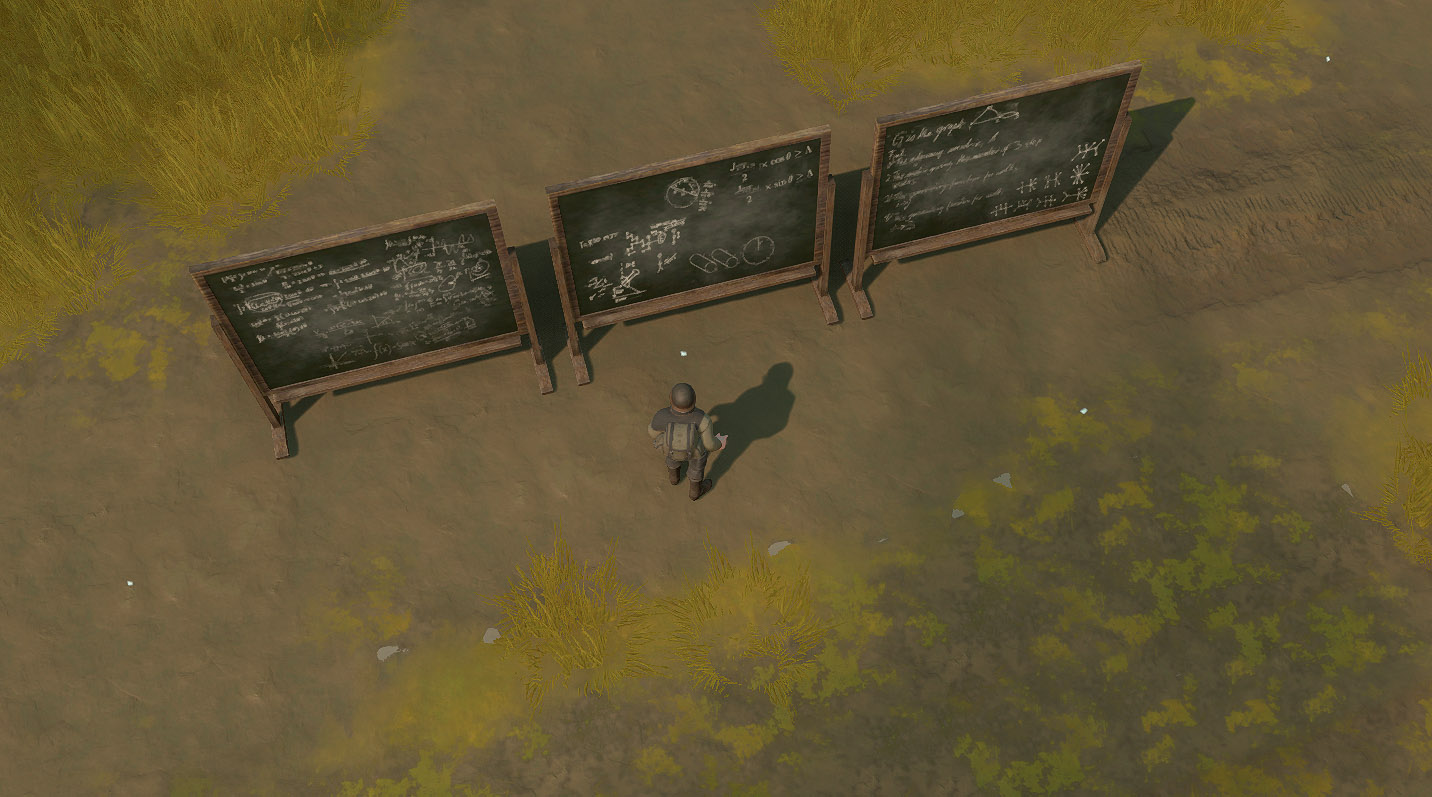 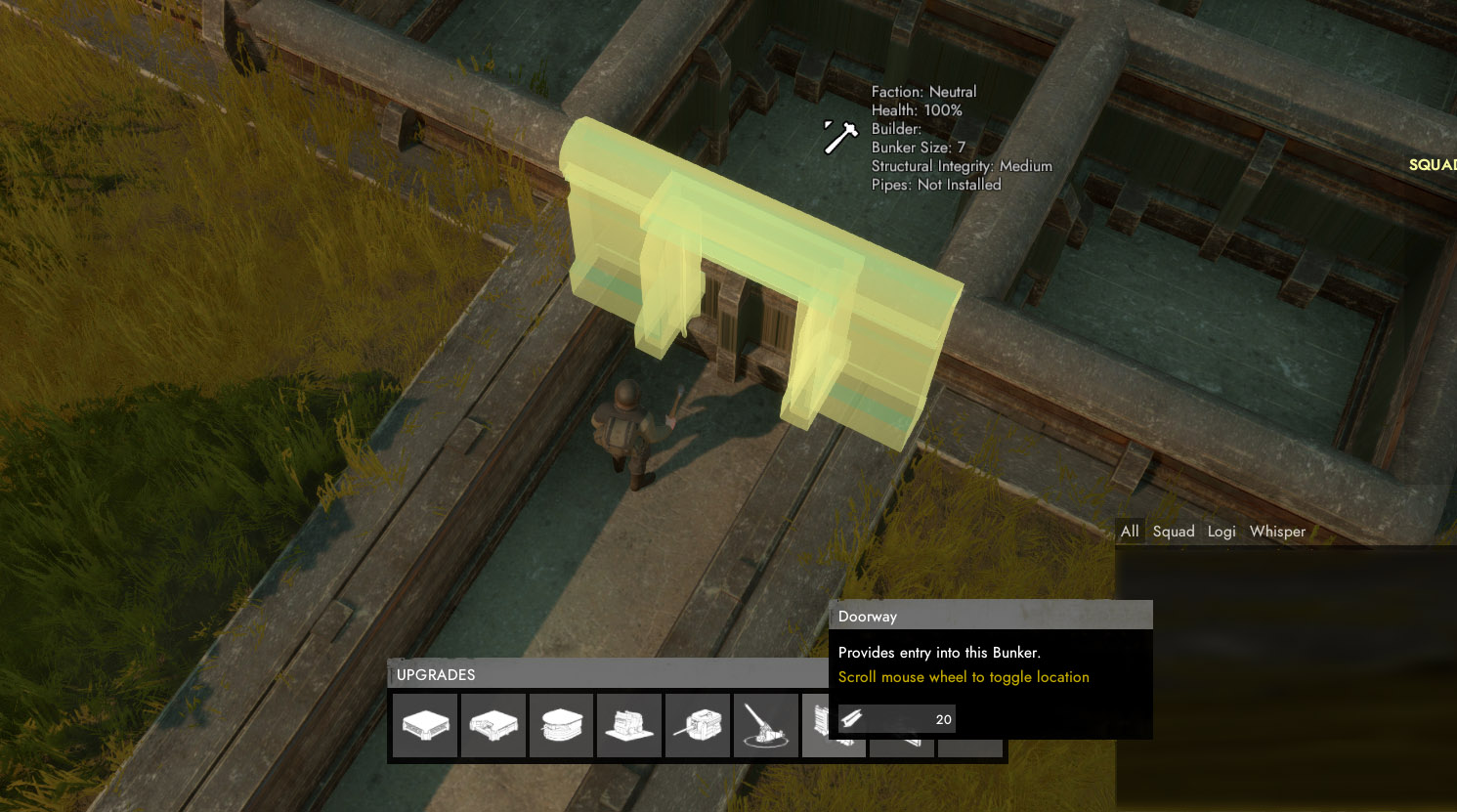 We still have lots of work to do, and we hope to get it in your hands soon!

@LeonI am still working away on the bulwark and the keep and just wanted to update you all on its progress. I hope to get it completed soon! :fingerscrossed: 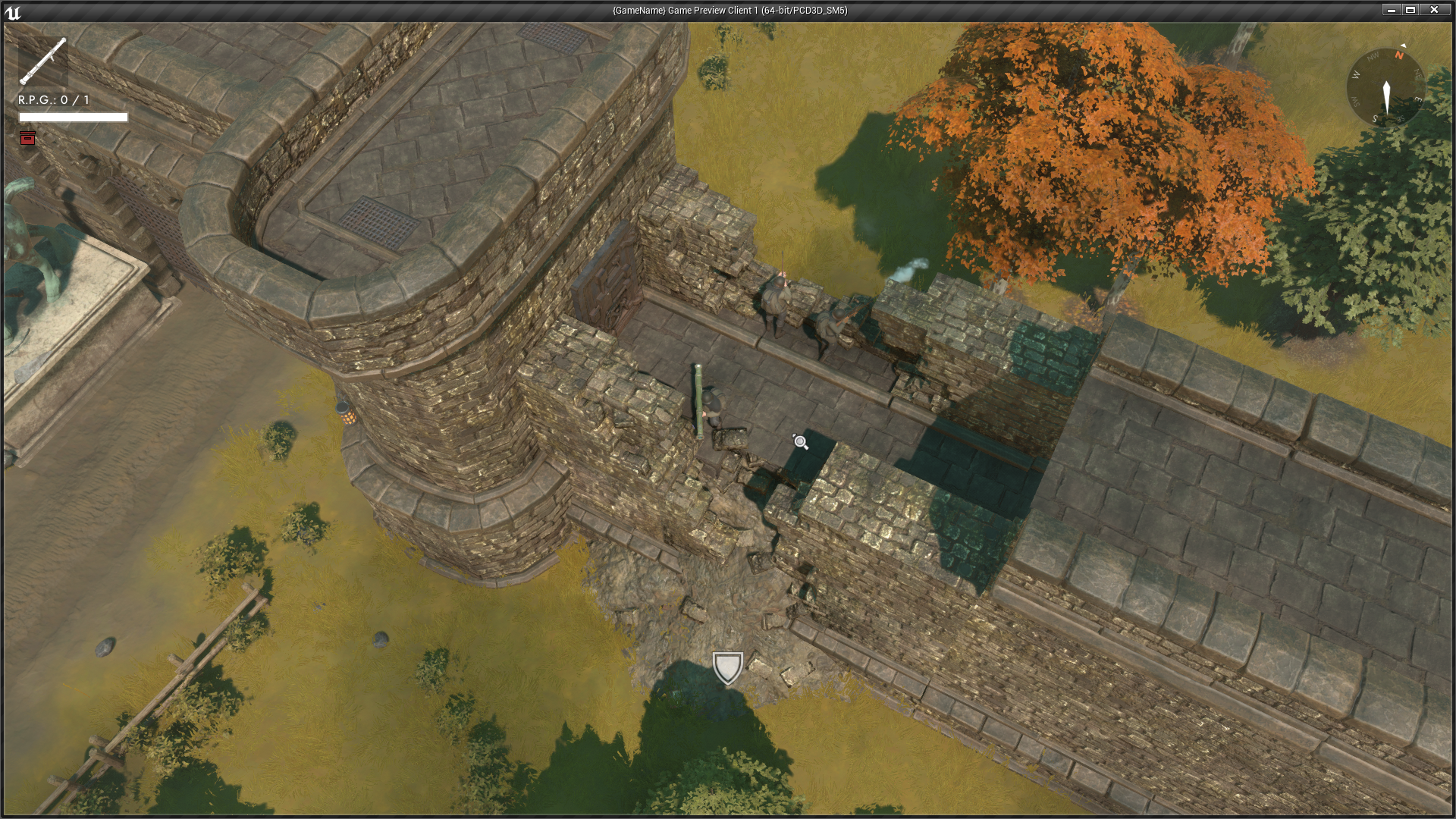 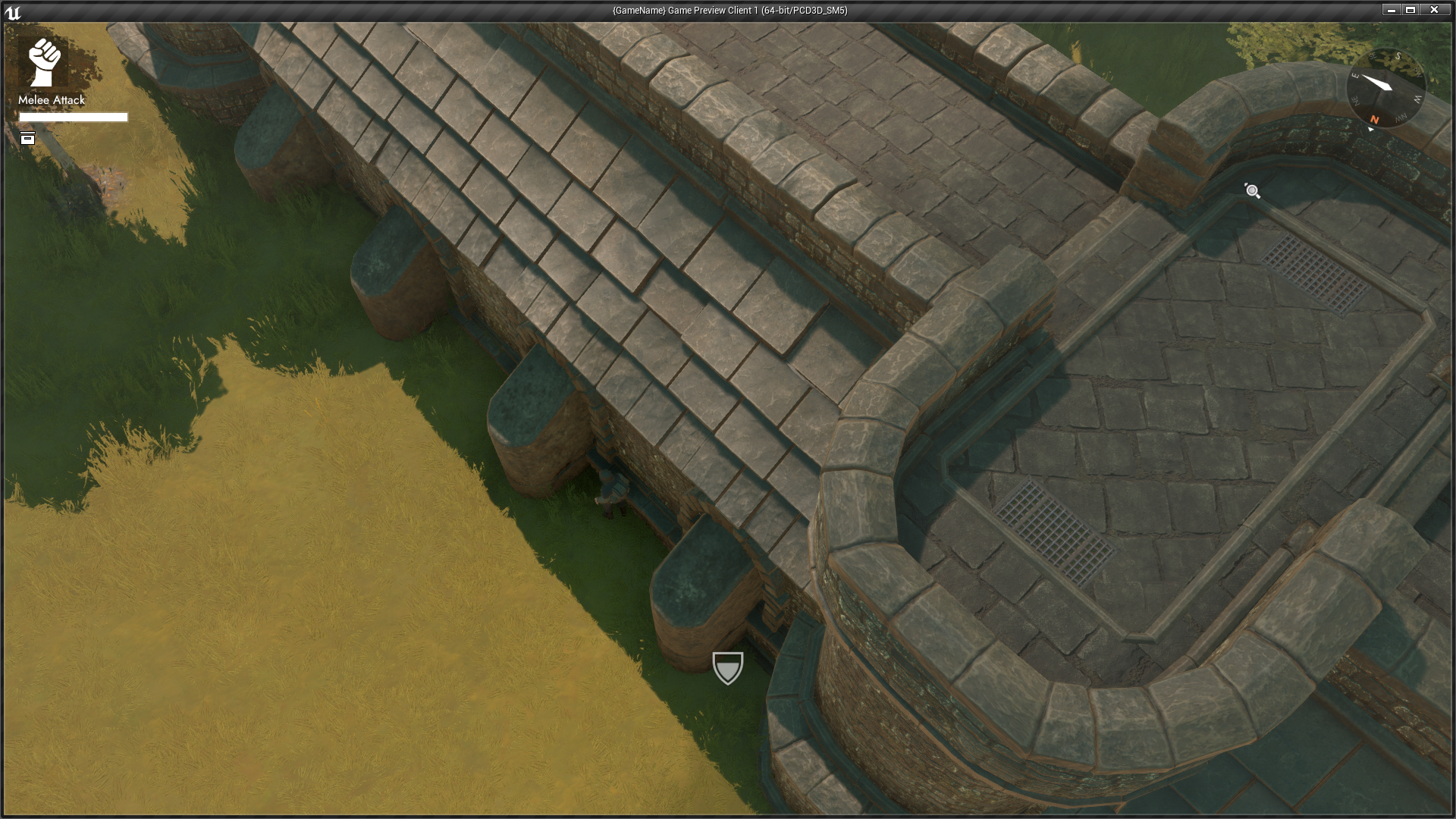 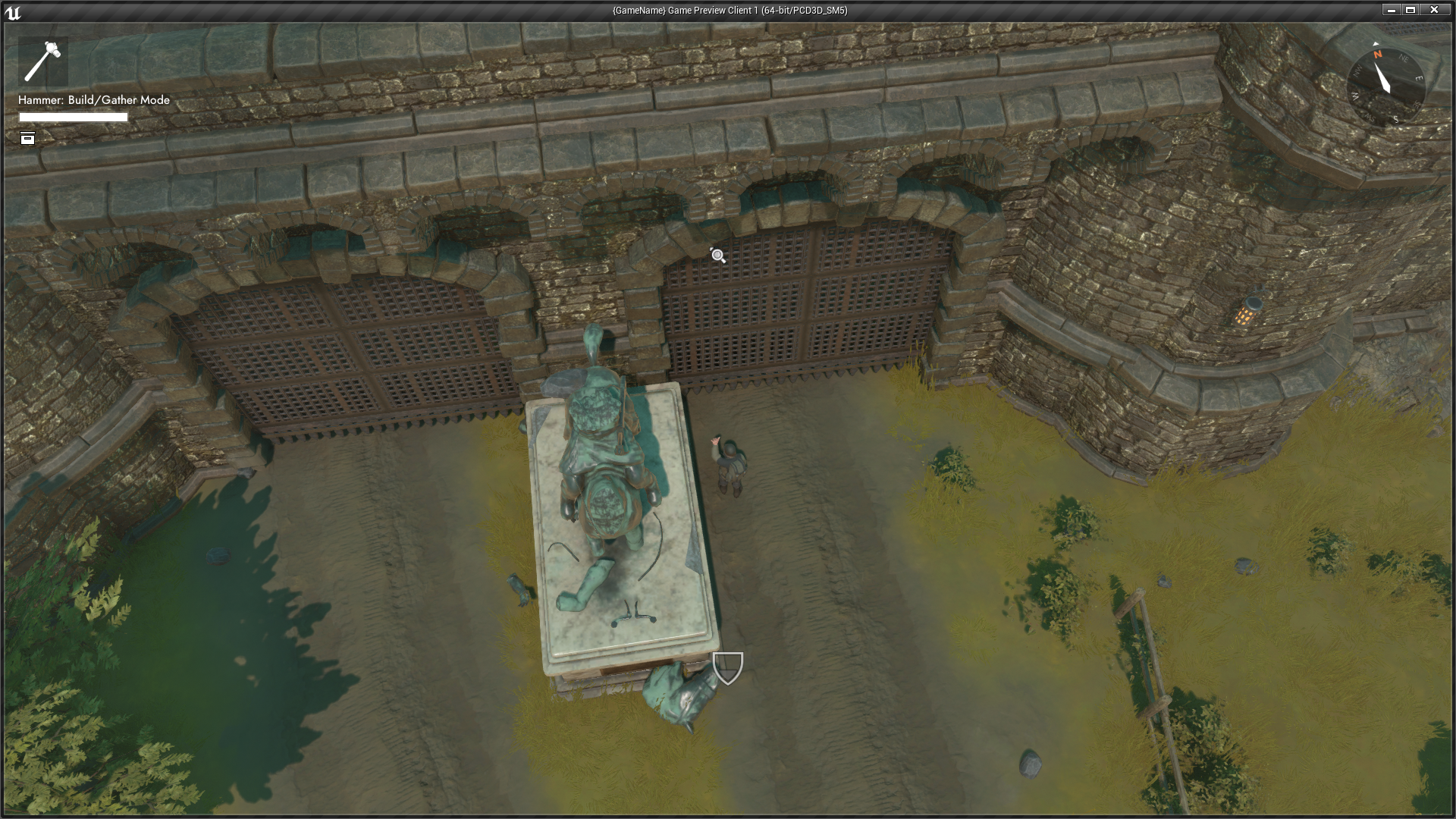 Will you ever add the ability to tow field artillery and field HMGs with Trucks, or maybe other vehicles? I never understood why that wasn't present.

The community has improved from last year-- However, the issue still lies in the conflict of interest of the community management partaking in the game as an organized clan and swaying the game to their favor in every world conquest.

very good game. i've mentioned to other friends as well this is where i feel gaming is heading in the future.

You should try the game. Try it, and you will know that you will vote this game for best indie.

Thank you for listening my explaination.