a dungeon exploration system written in javascript by Mr. Jake Gordon (in theory runs on anything with an html5 enabled web browser)

a study of Gauntlet

this is the introductory dialog for Gauntlet Sanctuary

why "sanctuary" ?
I didnt feel like calling it a "port"

lets go back to the past...

that was my dream career. well not exactly
the dream career was being a wizard...or perhaps a green lantern
I cant be sure now which was first

a little thing called z80 assembler changed all that in 1982

I also wanted to be an explorer, or adventrurer
explore what or adventure where?

Imagine life without the net, I challenge you!
did you succeed? You are likely close to or over 40

so the discussion is Gauntlet 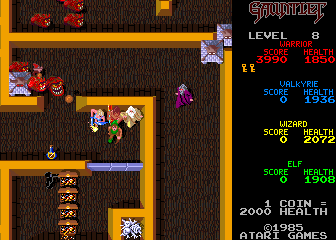 after decades of actually doing mods and games I will say this:

this dungeon style explorer for the time brought together a near perfect synthesis
of dungeon action, player character choice, maze elements, play mechanic
with much enjoyment

there was no story of note
you were a pretty generic warrior, wizard or...elf

the 4 characters had different abilities providing different play styles
this was also advanced for the time, when most arcade games played exactly the same
or at most provided a shooter with varying weapons loads 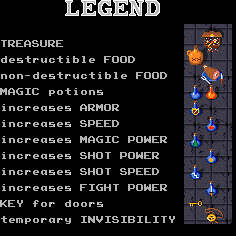 the ability enhancing "hidden" potions could also be considered spells
and the enhancement was not permanent - a thief could spawn and steal your potion!
add to all this good sound effects and a digitized "announcer" voice
an announcer that mostly taunted you: "someone shot the food"

now understand at the time there were many home computer games in this idiom
I played this one: En.wikipedia.org

this game was an andrenaline filled, dungeon clearing, adventure rush

what went wrong with such perfection?

well this is earth, not heaven...
all things come to an end as it were

the hoard of people that swarmed the machine to watch this amazing play almost all wanted to try it!
would they not celebrate such success? no... 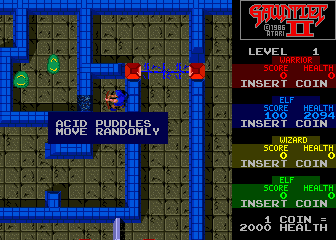 While the sequel added some interesting elements that fit well - it still had bad play
how do you create one of the greatest dungeon adventure video games of all time then miss the boat with the sequel?

keep the nerfed food system, make 2 characters useless and add some very cool elements
that would be great except with the food nerfed, they were just annoying wastes of time

side quest dialog:
would you like to know why arcades died?

instead of concentrating on making great games, which happened up to 84 or 85
the companies were focusing on play mechanics that required players to put in more quarters for one game
this was clearly not the way to duplicate the early 80s success - as seen when arcades died off through the 90s

most games had some continue feature
a lot were racers, gun games or fighting games
a "me too" slosh of generic quarter munchers

Gauntlet (up to rev. 7) did it right - you could play on one quarter with mastery
if your game was weak you could put in more quarters for health and continued play
with the balancing element that if you added quarters it divided your high score by coin count! 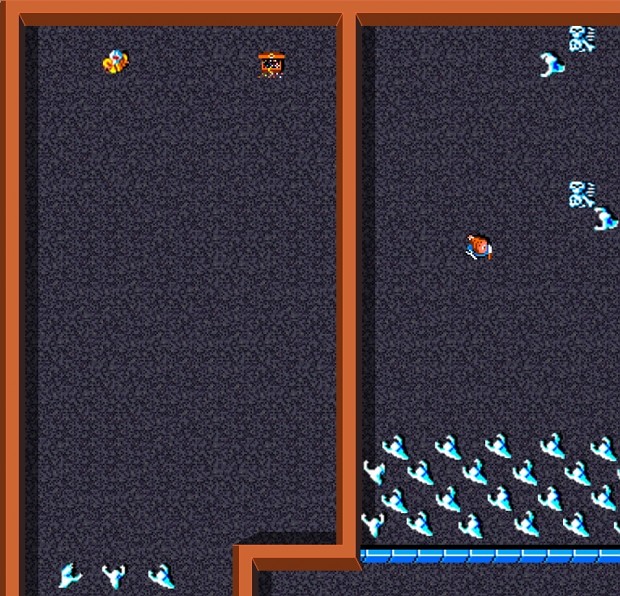 for the time being this game page is the basis for the Gauntlet Sanctuary port - a modification of javascript Gauntlet by Mr. Jake Gordon