There is Only Power

There is Only Power is a strategy / roguelike. Build a small army, learn spells and find artifacts to enslave a kingdom before its citizens overthrow you. The world is randomly generated, each play requiring a unique approach to master.

There is Only Power v1.1 Released

The two big features in v1.1 are tutorials and highscore boards.

There is Only Power trailer - Indie DB

The tutorials are intended to be optional side battles that specifically address questions I often get asked about the combat system. My goal is for new players to still just jump right into the game and figure it out as they play, so I’m trying to the make the UI as capable of delivering that experience in game as possible. But mechanics of the game itself make it difficult to understand how certain abilities work. Since all abilities fire in a turn quickly one after the other, it can be hard to see why some of them work the way they do. The tutorial combats are simple puzzles that focus on those problem areas so players can play them repeatedly until they feel comfortable with what’s happening in them. 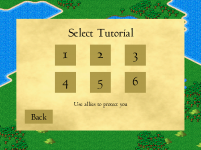 There is Only Power Released

"There is Only Power" first build released for PC, Mac and Web play via Unity webplayer.

There Is Only Power v1.1 Windows

There Is Only Power v1.1 Mac

There is Only Power PC

Windows build for evil strategy / roguelike "There is Only Power".

There is Only Power Mac

Mac build of evil strategy / roguelike "There is Only Power".

Too bad the system erased my review while I was writing it. Anyway, the point was, this game is immensely enjoyable. I hope to see it going on. For example, a graphic revamp would be great. And, more content, more scenarios!

Bug report: in ver 1.1, it seems that the Daily Challenge is not always the same in one day. Sometimes, it switches between two similar but definitely not identical scenarios (e.g. one has ruins the other does not). It didn't do that in the prev version. Win version by the way.

Not really a bug report, but it looks a bit strange that the str bonus which certain troops award to their army persists after their personal death (it even stays into the second stage of the encounter!).

hey there, I reged on this site to post now :P I just wanned to say this game was really nice! I will really play this game some more, I was just testing 3 games here as you can see in this gameplay video I did.

Bug report: It seems that the item that makes your allies stronger, also makes your enemies stronger. I'm pretty sure that when you attack a site when above its notoriety rating they are not meant to get extra +1 strength each.

When the apprentice has less then full health, they get full health back when they attack you.

Bug report: When I got attacked on an Ancient Ruin by a generated mob (I think with Medium Notoriety) it didn't trigger the ruin fight afterwards (I had to click on it again).

Bug report: if you make the screen too big you can't access world map spells (they don't appear), effectively meaning you can't win the game.

I've sent you an email to your usual porousnapkin address. I'd love to hear from you!

I was forgetting one thing: during battle If u click on one of your spells during the combat it Goes on stack without being solved but you still pay his cost Ç_Ç (p.s. Sometimes the game let u click on some battle spells while u are in the World and this leads to a disturbing Line from your Mage to your pointer or even freeze the spell on the spells bar so you can't See him on the stack but those doesn't actually interefer with the game) Said all this how about a soul merchant? How about trade 2:1 souls for the mana u need? How about add new spells with generic mana cost or hybrid ones? :) If you need ideas i have tons :D gl

Thanks for the additional bug reports and ideas! I agree hybrid mana spells would be interesting. Generic mana spells are difficult because then there'd need to be an interface for choosing which mana a spell does consume. I think that would unnecessarily slow down the game. Soul menrchant of some sort would be a neat supernatural location, though.

Indie
Twitter
Tags
Embed Buttons
Link to There is Only Power by selecting a button and using the embed code provided more...