Rescue exotic space animals from a corrupt AI in Dr. Spacezoo, a chaotic twin-stick precision shoot-em-up for 1-4 players. Or reduce them to gibs. Your call, monster.

Here's a quick run down on some of the new features added since launching on Steam Early Access.

The new weapon upgrade system reduces the available weapons to a laser and bullets, each of which now have 3 slots for upgrades. The weapon upgrades drop from enemies and bosses, and each upgrade includes a few properties that improve how the base weapon works. Combining multiple weapon upgrades into a single weapon may create a very powerful and unique weapon.

The weapons created using the weapon upgrades are currently super overpowered and will be tuned over the next several updates.

Here's an example of slotting new upgrades into the bullet weapon:

In Permadeath Mode, fight through 20 levels across 5 missions with one life and whatever weapon upgrades you manage to collect along the way.

This boss is a total nightmare in Permadeath Mode:

Start with all the core power-ups and a random assortment of weapon upgrades, and then fight all the bosses and random tag-team pairings of bosses.

The Daily Challenge is now its own game mode and everyone now starts the daily with the same random selection of core power-ups and weapon upgrades. Be sure to compete each day for the top spot on the Daily leaderboard! And you only get one attempt at each daily, so make it count.

Here are the current game modes: 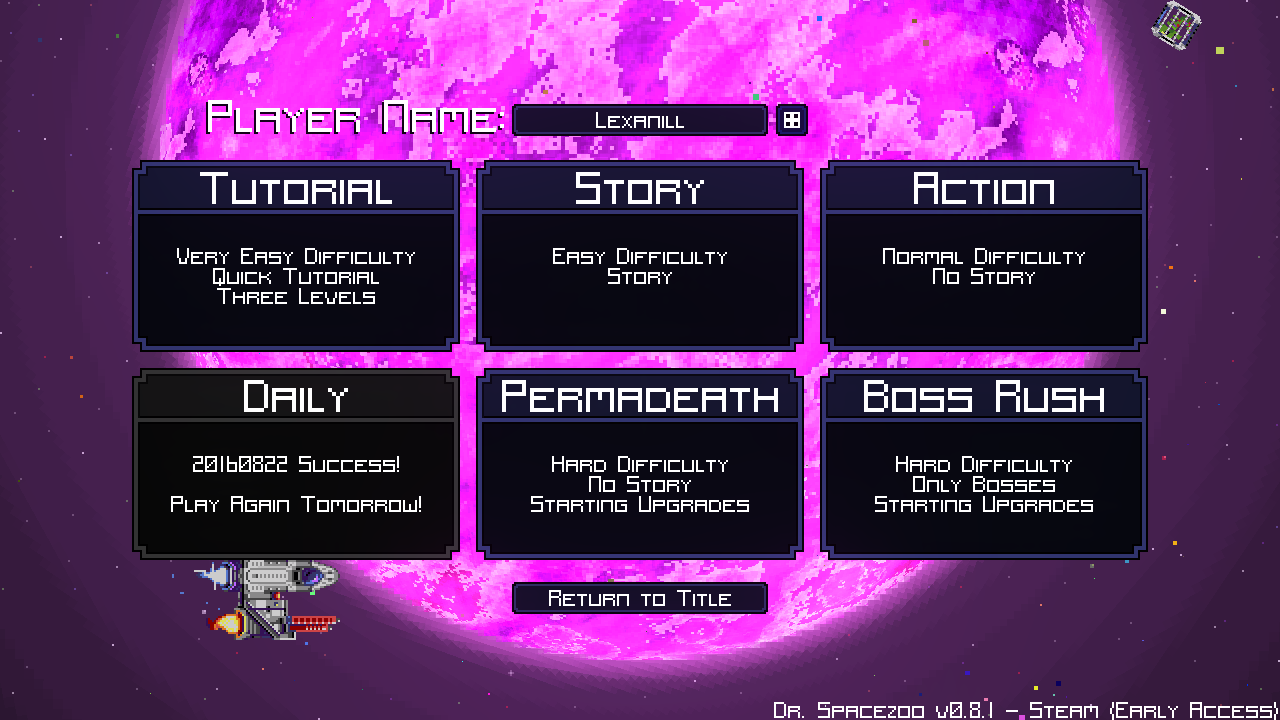 Added hit sparks to the bullet impacts and when ramming an enemy:

Added offscreen enemy indicators to show where the active enemies are outside the screen, which are very useful for aiming. 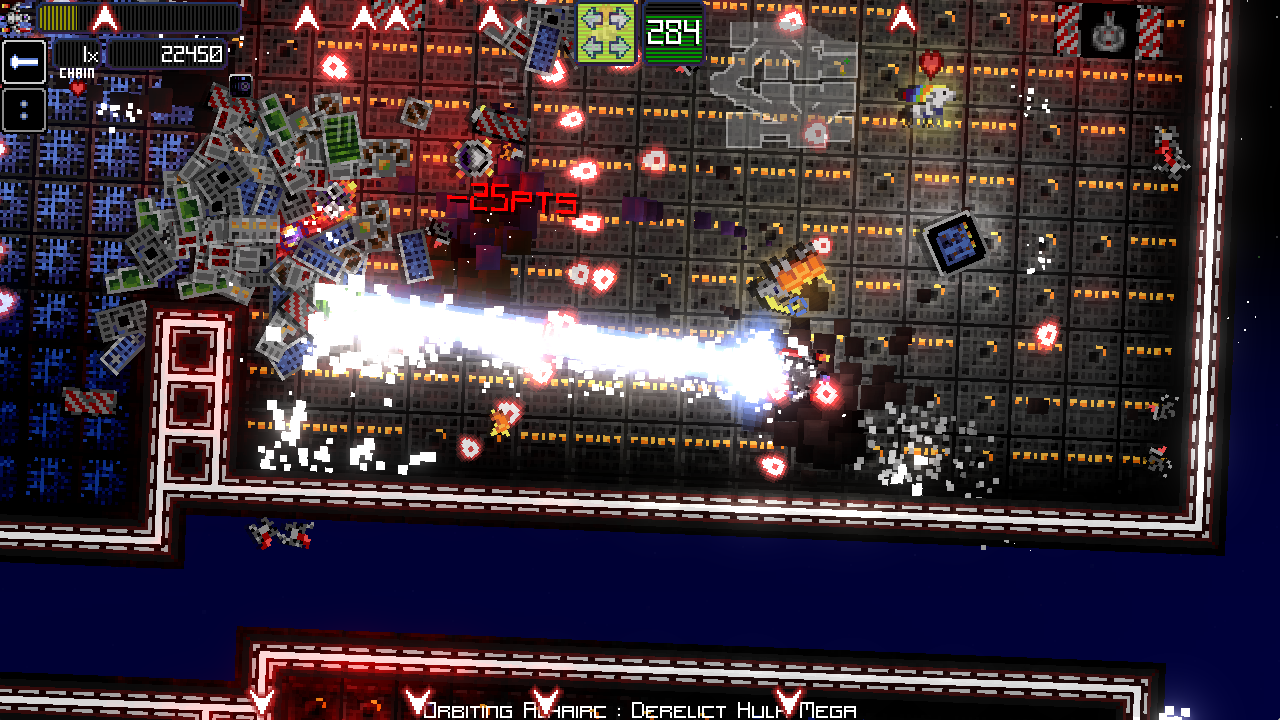 Each mode has its own leaderboard. Select the mode name/mission/level to cycle through the leaderboards: Story, Action, Boss Rush, Permadeath, and Daily

The price is going to go up from $7.99 USD to $8.99 USD really soon (next update - v0.8.2). If you were waiting for a discount to get Dr. Spacezoo, note that it is already very discounted from its final target price.

Dr. Spacezoo is a time attack shoot-em-up packed full of grease and gibs, where you rescue exotic space animals from Space Zoos before a corrupted AI...

Nice, but you need create setting keyboard, because i have AZERTY keyboard, and u maybe use arrows key too ...

keyboard and joystick rebinding are definitely on my list of things to do, but will most likely be added once controls are more finalized. also works great with XB360/PS3/Logitech/etc twin-stick controllers.

You Shall Not Jump Arcade