Devil's Punishment is an upcoming sci-fi/post-apocalyptic survival horror 3D game with FPS (First person shooter) mechanics and an original setting and story based in a book scene, where a group of prisoners are left behind in an abandoned underground facility.

Devil's Punishment is an upcoming sci-fi/post-apocalyptic survival horror 3D game with FPS (First person shooter) mechanics and an original setting and story based in a book scene, where a group of prisoners are left behind in an abandoned underground facility. 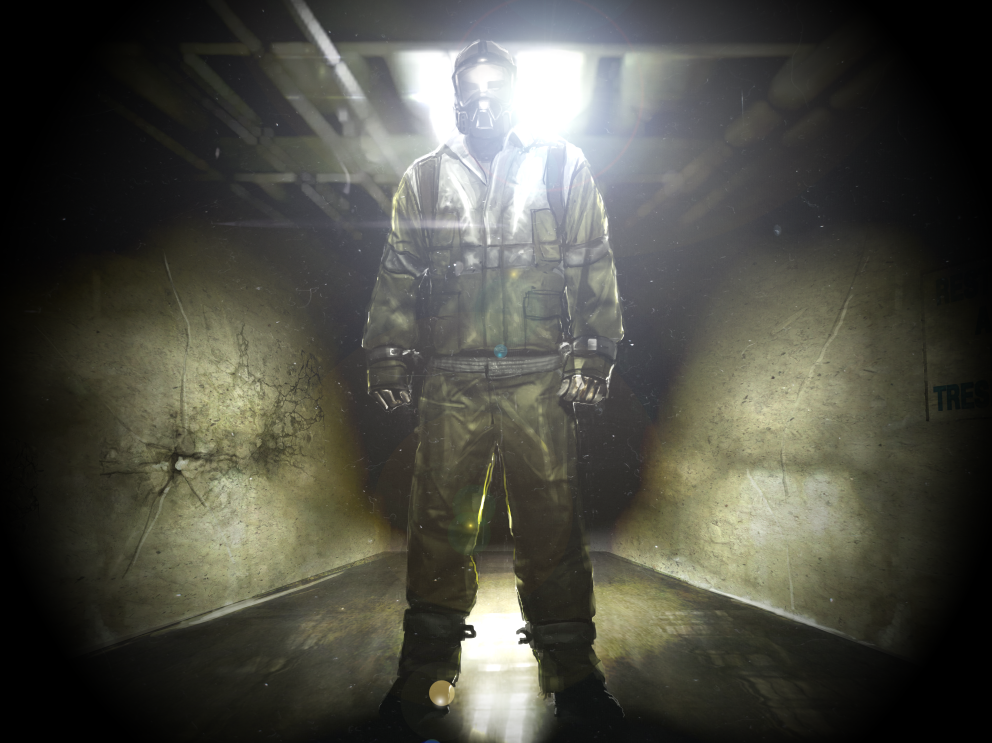 "A thousand years have passed since the asteroid impact that destroyed the Earth. Now the Exodus, the spaceship that saved mankind, has returned again to the planet. The crew (held inside of cryogenic chambers for centuries) of the massive spaceship had only the best of the best: scientists, novel awarded people, physicists, soldiers, etc. But in all this greatness of people there are some that were able to sneak up inside the giant spaceship the day that the human race was saved. Those who weren’t chosen to be saved were locked in prison, and are now forced to do workforce and used as cannon fodder for very dangerous labours inside the underground city of Last Hope, 1 of the 2 remaining underground cities of the entire planet.

The exterior of this new Earth seems to be very damaged, hostile and there’s too much carbon dioxide in the air to be able to breath normally. For this the people of Last Hope remain hidden at all times underground. No one is allowed to go to the surface, but it is necessary to go out now since the underground city’s communication is not working. They can’t contact the other city which is thousand of miles away and sending an exploration crew would be too risky, since it is too far and out of reach. The best solution is fixing it manually, but the only way to reach the communication underground building is by entering through the surface.

Some days passed since the first exploration crew was sent to fix this communication issue, but contact was lost with them. The most reasonable explanation for this was that part of the underground tunnels collapsed and killed them. Another exploration crew was assembled, this time with a bunch of prisoners, since the labor seemed risky enough. And so the new group of people, soldiers alongside prisoners, were sent to fix the underground facility and the communication issue.

As they went deeper and deeper through the darkness of the underground tunnels they found themselves lost and constantly watched by something. Then some horrifying creatures appeared from the tunnels and caves and in matter of seconds half of the group was dead. A few prisoners were lucky enough and hid inside a room and were able to lock and block the door, but the creatures are coming for them and the door won’t last forever.”

You take the role of one of the surviving prisoners of the crew sent to fix the underground communications building and you start trapped inside a storage room. It is up to you to look for ways to escape this room before the blocked door collapses and allow the horror creatures to get you. Your goal is to escape this underground facility alive, but to do this you will first have to get rid of your cuffs and then find 3 missing pieces of a generator, which will give you access to an upper level of the map where the exit is located.

Feel like talking about this game with other people, meet new friends and get more information about the game?

Shows potential, Keep it up
👋