Collapsus is an exciting new block crunching puzzle game unlike any other! It’s built on a unique risk-reward centered resource management mechanic and device rotation mechanic to TWIST, TURN, and BREAK your way through endless puzzle action! Let's be honest, it's just way more fun to break blocks than to swap them! Collapsus features 3 Standard difficulties, 2 unlockable difficulties, and 25 Challenge modes to put your skills to the test (with a ‘Plus” mode for each one of those for a total of 50)! There’s also a Puzzle mode with 300 built-in puzzles, an online Puzzle Maker and sharing tool and free daily puzzles! You can even battle it out with up to 8 players in the online Versus mode! Endless hours of block-based mayhem! Oh, and one more thing: No Ads, No Microtransactions and all DLC is FREE! How could you pass this up?

With our last post being about events, and the one before that being about the press we've received, this time we're getting back to basics and talking about all the cool new FEATURES you can expect out of Collapsus!

Hey all! In today's post I wanted to talk about all sorts of features in Collapsus. I know we did a feature post a while back (and a lot of you already know what Collapsus is all about), so today I'm going to focus on either features that we haven't really talked about on here before, or, if we have, not in a large amount of detail. It's go time! 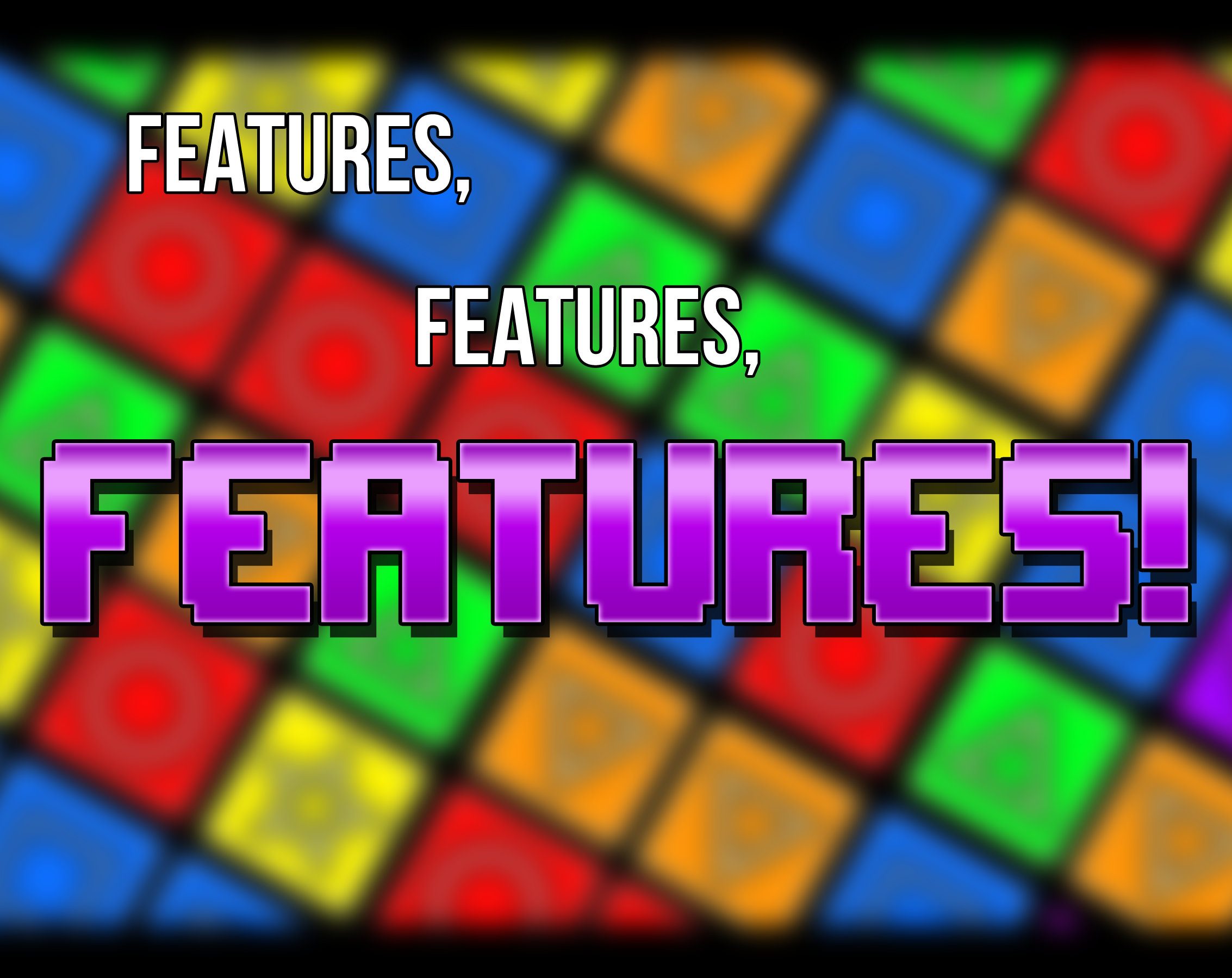 So, let's talk about the BIG feature first. When you hear about Collapsus (and you only really know it from being on here in the DBland) the first thing you think of is probably our unique "breaks" mechanic. It's a risk/reward mechanic that really helps separate Collapsus from the glut of other puzzle games out there right now...

But what if I told you that there was something else? "Always two there are, no more, no less".

Well, keen-eyed viewers of our photos may notice people rotating their devices in a lot of the media we've uploaded (or notice blocks falling sideways or upside down in our GIFs). THAT's because of the "Gravity Rush" feature. Much like with "Time Panic", a checkmark that you can turn on when loading up the game that enables a timer, there's a checkmark for Gravity Rush, which allows you to change the gravity of the field based on how you turn your device (except unlike with Time Panic, this is turned ON by default rather than off)! This works in all 4 directions!

See, this feature originally started out as one of our “Special Modes” all the way back in 2011, but we soon realized that the game was WAY better with it on by default! It’s a simple as that. The problem comes with the fact that while we’ve shown this literally game-changing feature off as the default at all of our event appearances this year and every piece of press has mentioned how this is some sort of huge feature… we’ve never actually mentioned it on here! Whoops! Our bad!

So with that out of the way, let’s actually talk about some of those Special Modes, shall we?

If you may remember, we announced that there are going to be a minimum of 20 Special Modes with their own unique twist on the core gameplay, and with their own Plus Mode attached (think New Game Plus, after you beat that mode, there’s one with a new twist on your new twist… yo dawg, I heard you like twists).

Right now I’d like to go ahead and show off 3 of those for you: Flux, Acidic, and Virus.

Let’s start with Flux! In Flux, instead of turning your device to change gravity, gravity shifts around in a circle with every block you break, clockwise. Like so:

Then we have Acidic! In Acidic, every standard block is a Chameleon block (that means that with every break it changes colors in a cycle). Look out, though… blocks with powers aren’t affected, so that changes how everything works! Check it out:

The last Special Mode (for today) is Virus. In Virus you have to work fast if you want a high score, because with every second your score starts to drain. Here’s that in action:

Pretty crazy stuff, huh? Like I said, these are just 3 of (at least) 20 Special Modes that will be in the final game (40 if you really think about it!) Some others include blocks that are one color on one side and a different color on the other (called Splits), unbreakable Obsidian blocks that can only be cleared by having it leave through the bottom of the screen, and a mode where your breaks don’t replenish on level up (OH NO)! Trust me, this Collapsus formula allows for SO much variation!

Speaking of Special blocks, why don’t we go over ALL of the blocks so far with this spiffy infographic (well, to be honest, these are probably all of them, but still). I won’t go into what all of them do, but for the ones we haven’t broken down already, they’re pretty self explanatory anyway: 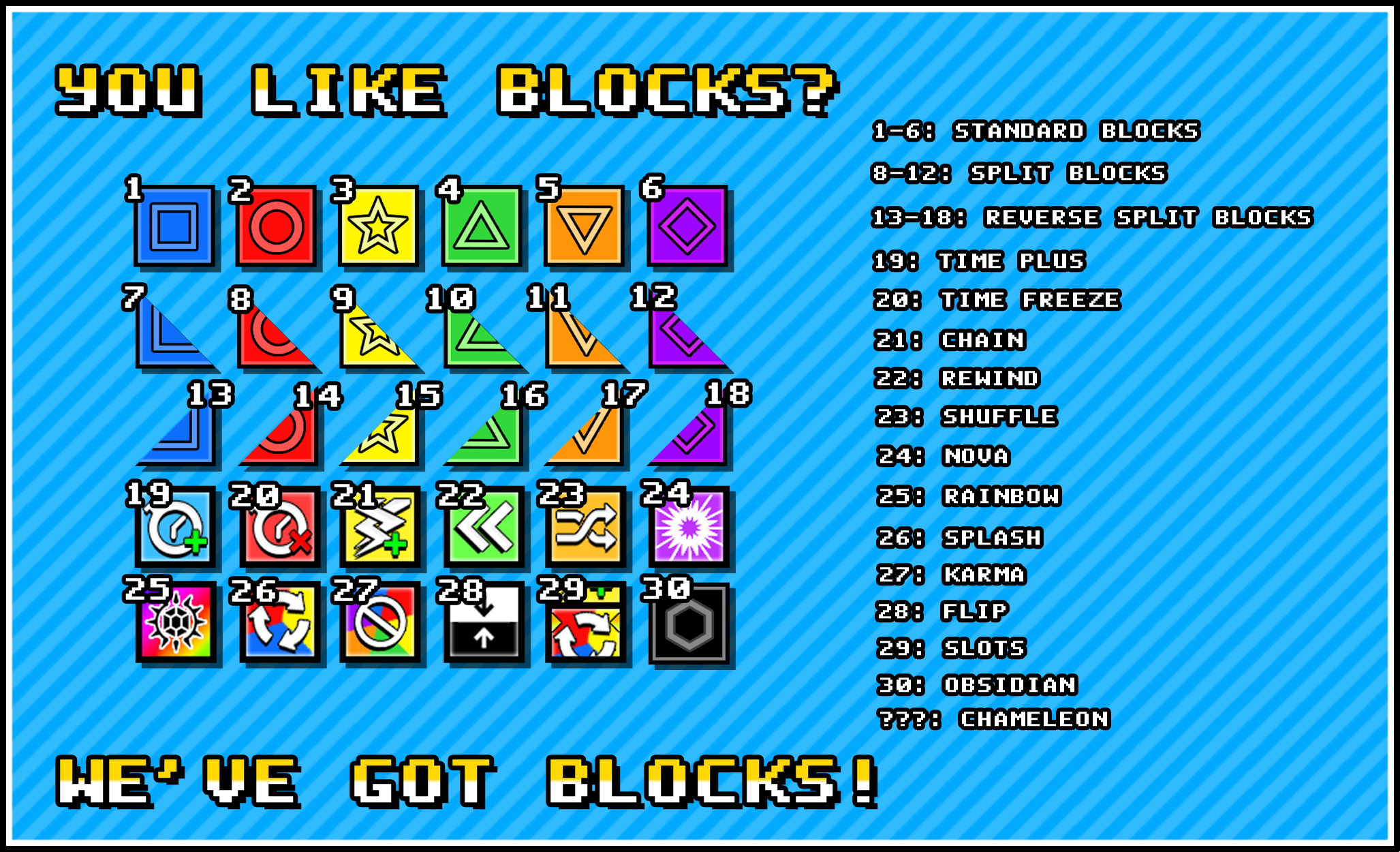 Man that’s a lot of blocks! Now, like I alluded to up there, we may add some more. Heck, we may even take some out or change them (really that’s true about the whole game… this IS indie development we’re talking about); but we’re pretty sure these are it! What do you all think?

These aren’t just for the Standard and Special modes (well, most of them aren’t anyway). We’ve got Puzzle Mode as well, remember? We’re doing at least 200 built-in puzzles, a free daily puzzle and we’re working on our online puzzle creation/sharing tool as well; so there’s LOTS of new places to use those really cool blocks up above! Before I leave you for today, I wanted to show off a puzzle really quick (well, the graphic we use in-house… this isn’t what it’s going to look like in game, obviously). 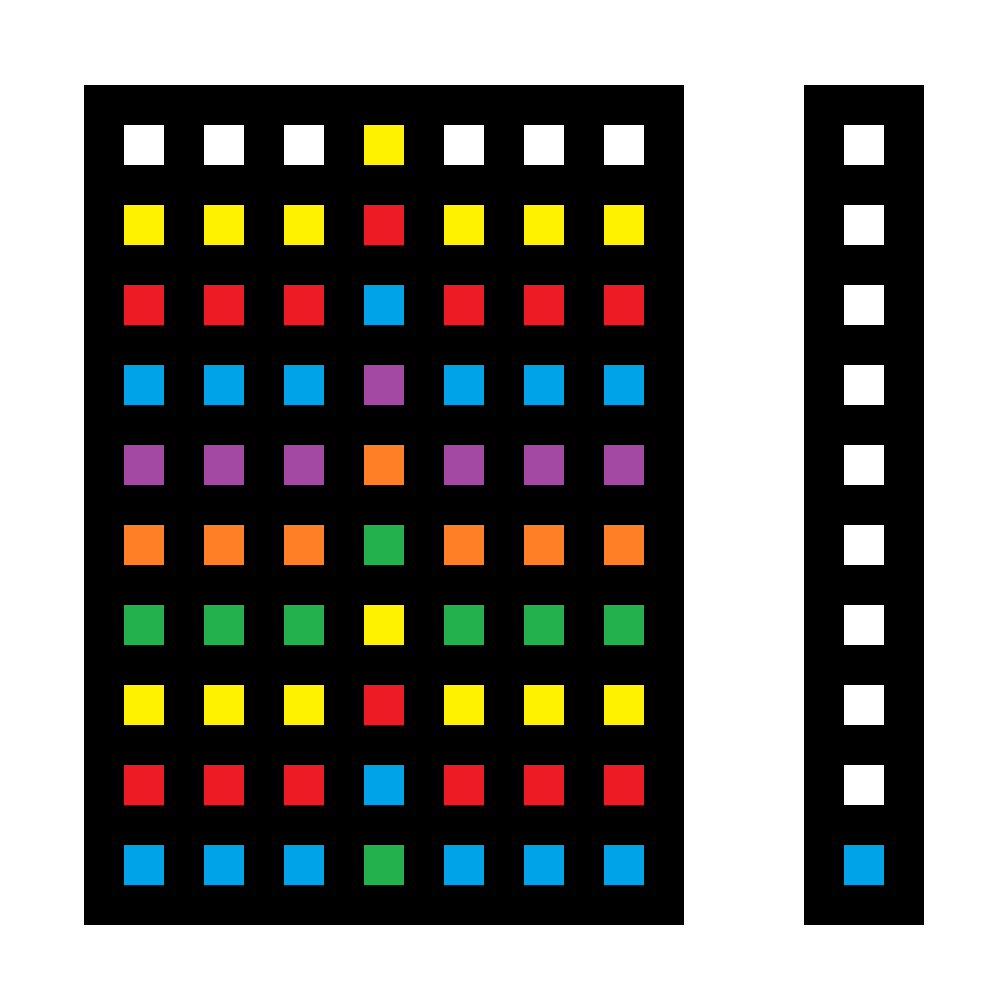 It’s in an early part of the Puzzle Mode, so it’s really easy… but can YOU solve it?