Bright Red Skies is a story driven apocalyptic tactical turn-based RPG where one decision can alter the entire story.

For November, work was done on adding some of the smaller details to some of the scenes, implemented some of the combat abilities, started working on a festival scene, character models were being completed, and Bright Red Skies is now available to wishlist on Steam! Also, a lot of idea generation happened during this month and all of the story elements for the upcoming April demo have been completed and 15 unique active and 15 unique passive abilities have been noted and are being implemented in-game.

For me, the most exciting news this month is that Bright Red Skies is available on Steam to wishlist! If you want to check it out, here's the link below:

All About the Little Things

Some of the small details added include banter/skit cutscenes being able to be activated at any point in the game, such as towns or on the region map:

Added some bullet tracers for attacks:

The last notable small detail update is that in the map scene, there's more feedback when you reach a town/settlement:

Six of the fifteen abilities have been implemented but here's a look at my favorite skill so far: Trick Shot which deals a random amount of damage from 25% - 250% of the base damage. (I mainly just like the backflip that happens when you hit the 250% haha)

Additionally, all of the character models, for the demo, have been completed! This includes the generic town NPCs and all of the unique characters. Can't really fit all the models in one screen so here's 7 of the latest models.

Speaking of the new models, I'm updating all the scenes with the newer models, including the first cutscene. Please note, this is just a draft version of the cutscene since the portrait art is being updated and I feel like some of the animations can be changed. 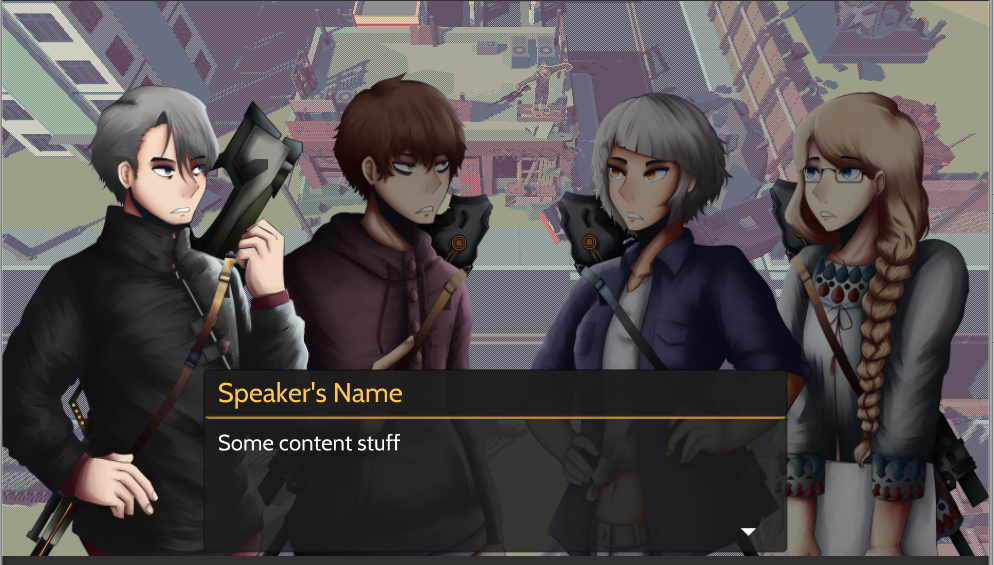 As mentioned before, the festival scene is being worked on. It's just a preview of how I generally want it look like, which is a nighttime scene with people dancing in the center of town and guards posted on the town borders. I feel like right now it's lacking some visual flair though, like bright colors or something interesting happening in the background.

So not all fixes and updates are visual but letting you have some insight on some of the other things that have been worked on:

Luckily I'll have 2 weeks off from my day job from December 22 to January 7, so this means that there's an opportunity to get a lot of development work done! Looking at the current progress, it looks like I'm on track to have a completed demo by April 2019! Specifically for December, the plan is to get the following done:

On a final note, I just want to say thanks to the people that are supporting this game, it really does mean a lot! The game was Steam store page was up for about 2 weeks now and there's just over 750 wishlists which is a lot more than I expected for a game without a trailer or demo released. I promise to keep working on this game and make it the best it can possibly be, and if you have any suggestions on what can be improved you can hit me up on any of these social media platforms. I reply to all the comments I get :D