GAME HAS BEEN DISCONTINUED

Since the death of Major Mylar, the Tan army has lost every battle. Even with the help of the Blue and Grey armies, it seems that the Green are destined to win and the war finally appears to be coming to an end after so many years.
Unbeknownst to the Green however, The Insane Grey Doctor who was recently declared MIA, is still alive and has been furthering his research that he started back in the tropical zone of the plastic world, going beyond zombies and instead has found a new interest in the insects of the real world. Spawning creature after creature of the vilest order, The Grey Doctor's power only grows with each passing moment. Seeking to capture and destroy the plastic world, The Doctor finally emerges back in the real world, with his new found army ready and at his command he launches an assault on all of the nations.But unknown to anyone, even Plastro himself, the Grey Doctor has also recovered Major Mylar’s remains and with them, has created a weapon so powerful, it threatens the balance of both the real and the plastic worlds... 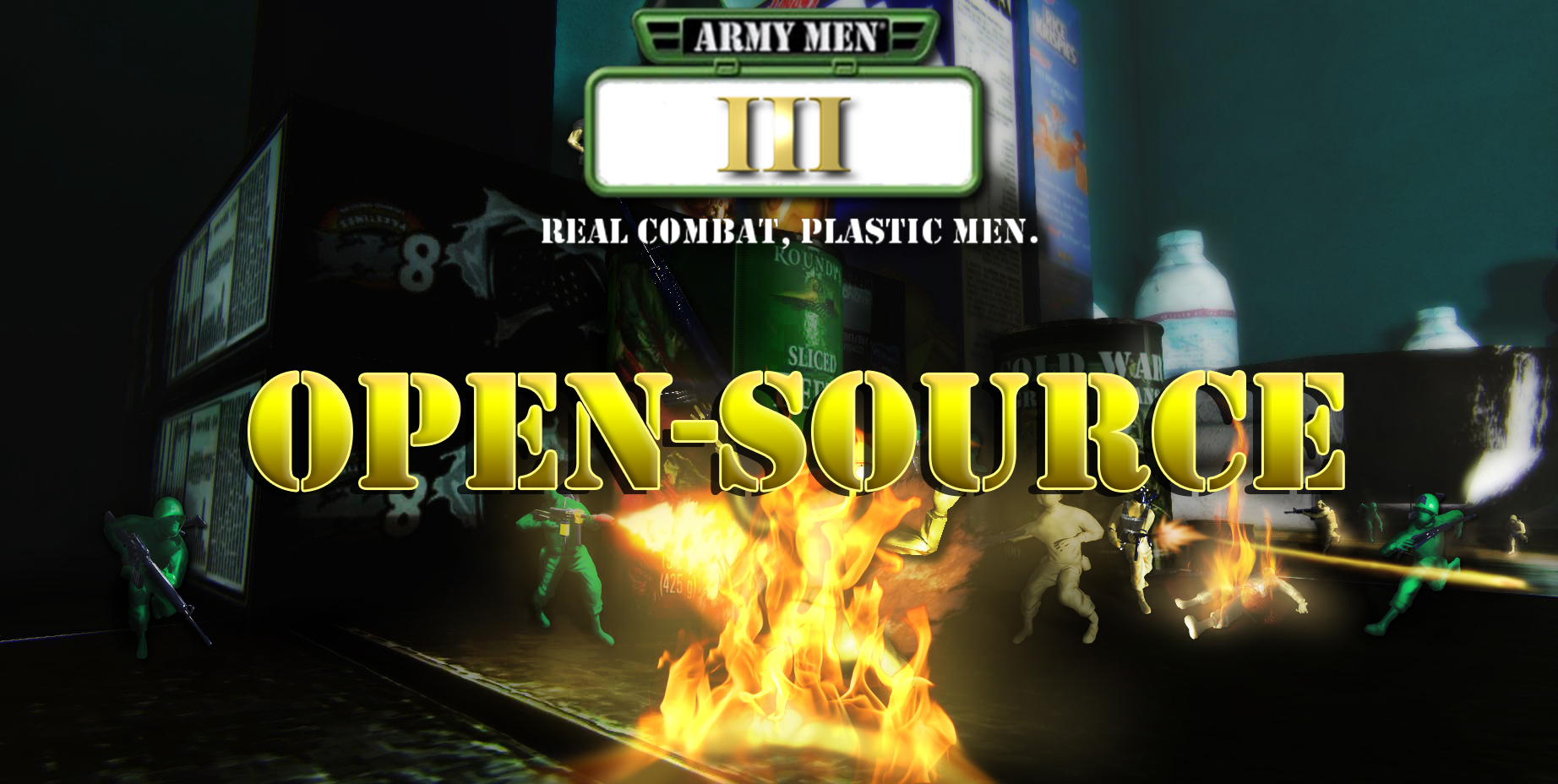 It has been a whopping 2 decades (20 years) since the release of Army Men in 1998 and It's been roughly two years since Army Men III has been canceled, and some fans of the community still have a hard time moving on. I still can not promise a revival of the game and I don't plan on returning but instead of letting all of our work fall into the depths of obscurity, I've decided to release the source code and content for anyone to use in your future projects. If you wish to make another fangame in tribute to Army Men or even our own game, you now have the means to do so.

Army Men Online is still a plan I intend to continue working on however I can no longer guarantee when it will ever be released, especially now that I have finally acquired a part-time job as well as focusing on future endeavors. 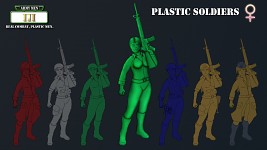 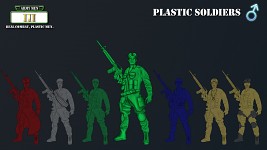 Perhaps someone else will be better suited to continue where I've failed. If not, well at least I can now soundly sleep at night knowing AM3 did not entirely go to waste. Happy Anniversary and have fun.

As an added bonus, here is this specially-made track to celebrate.

Use this link to checkout the download.
Svn.code.sf.net Men III/

Army Men III may have died, but the future of Néotl Empire has not. Follow us on social media and join us on our future endeavors!

Long live the empire. May the Army Men universe live on.

I know I said this game was postponed for a while but eventually after the director and I talked about it and we decided it was finally time to pull the...

Army Men III Postponed for the Time Being

Army Men III is postponed and we are focusing on Army Men Online for the time being as well as working on a new game and updating our team's YouTube page...

It pains us to say this but AM3 took some heavy hits during it's lifetime and after so many years taking care of it, I finally made the hardest decision...

After 2 years, Beta 1.2 is finally released! Because Unreal Engine 4 is now free (and the anti-mod support barrier is removed), this will be the last...

Just made an account so I could reach out. I hope life has treated you well, and that the circumstances are less dire for you and yours.
I was wondering if you could confirm whether or not the Attack on Toys game (available on Steam and Itch) used the source code for Army Men 3.

Regardless, I hope you are well.

I plan on making my own Army Men III project, with the working title "Return of Mylar".

I really hope to see Major Mylar again, he is number one on my army men villians list. (Lord Malice would have held that title but because he was driven by revenge and he only killed clones of Bravo Company he ended up as number two on my list.)

I am looking for help in identifying a 3DO game cartridge. It is for the Gameboy Color and is named Army Men III. When played it plays Army Men Air Combat. Did 3DO originally plan on calling Air Combat, Army Men III? I have looked and looked on the net and cannot find any reference to or duplicate of this cartridge.

I don't think there's a such thing.

can you make army men rts 2 plz im very like this game ;)