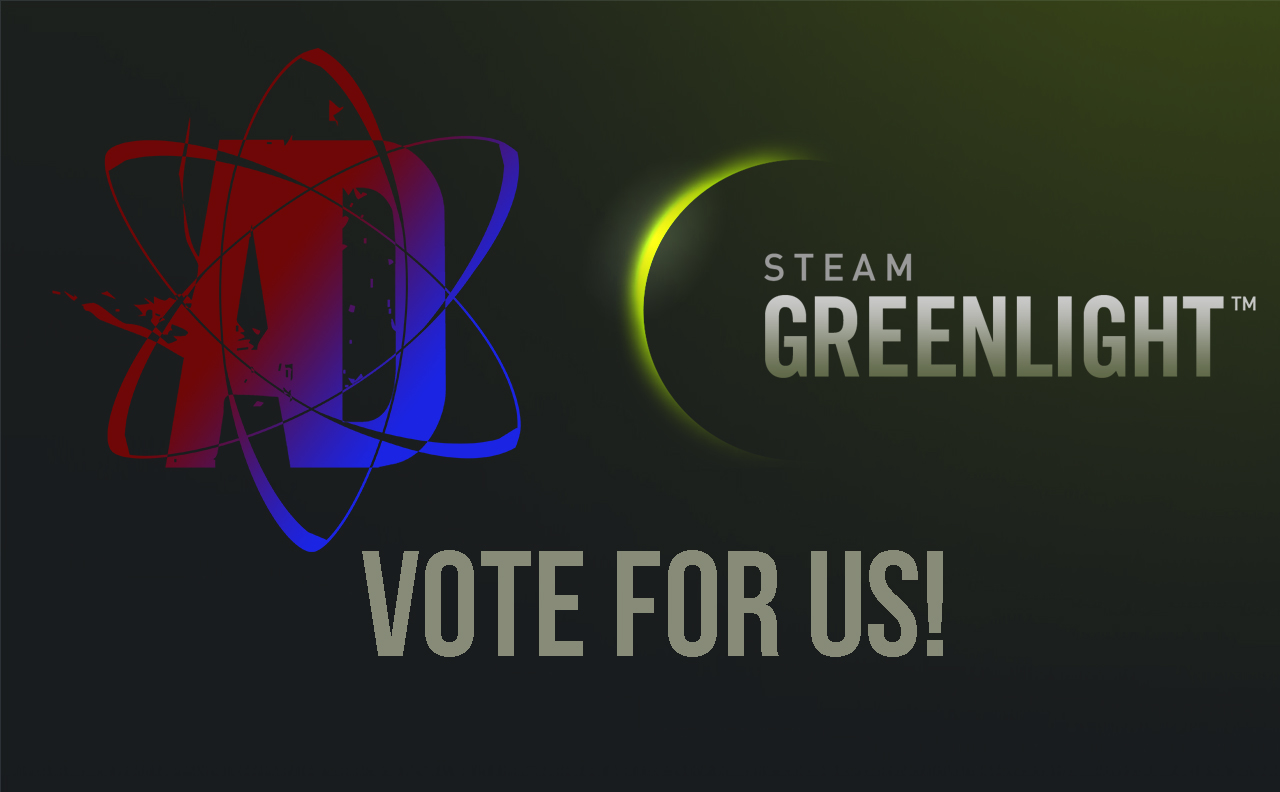 Vote for us on Greenlight

Alpha Decay is a teambased Realtime Strategy Mulitplayer Shooter, where teamwork, careful planning and the right management of resources are as important as your accuracy with the gun of your choice.

Two teams of four players compete against each other. Every team has one base and one core within that base, that needs to be protected. The core consists of instable radioactive material, that decays with every second.

Alpha Decay offers players a vast amount of choices to approach each situation. You can play the game however you like, defensive, strategic or action-oriented. The game heavily relies on teamplay, players need to occupy different roles to make the most efficient team.

Resources are scattered over the entire map as mines. Since each level is procedurally generated the players need to be fast in order to ensure that they capture the mines before the enemy does. Once a mine has been discovered the team can send their drone to harvest the mine. The drones can be attacked, destroyed and looted by the enemy team, so always make sure your drone comes back safe.

Once you gathered enough resources it’s time to build your base. There are several different buldings that fulfill an unique role. Each team has to decide how they tackle each match. They can use artilleries to bomb the enemy, turrets to defend their base, armories to upgrade the players armor and guns or refineries to expand your resource income. But always keep in mind that your core is instable and its decay will slowly lead to an explosion if you take too much time.

The team whose core is still intact at the end of the match wins. Therefore you can either defend and wait until the enemies core explodes due to the decay or you destroy the core yourself with your weaponry and artillery. There is a broad variety of different strategies that can be applied to achieve either of these goals. It is the player's choice how to approach each situation.

Each map will be procedurally generated before the match begins. That means that no game will play the same, since the entire island with all mine and base locations will be different each time you start a new match. This will ensure that veterans of the game will still face a challenge while they won’t have an advantage of knowing the map over beginners.

The game will feature 3 different level types in the final version. Those 3 different level types will offer a dynamic day and night cycle, as well as dynamic weather effects.There is basically an almost endless amount of different maps that can be generated. Furthermore we will give players the opportunity to save the seed of the map to replay or share their favorite maps with others.

All players start the game unarmed and need to build their gun first in order to attack the opponent’s base. Guns can be built through weapon cards that can be unlocked by earning credits that are awarded after each game.

Weapon cards are basically gun schemes. Five cards can be selected before the game as your loadout. Each weapon card has different attributes and abilities.. Once the gun is built, it can be upgraded in a wide variety of ways, depending completely on your playstyle. Through upgrading, the gun will gain unique skills. The upgrading paths are designed in such a way that different skills synergize together. Therefore playing as a team with different guns will be rewarded. The different upgrading paths are:

One of the most important features of Alpha Decay are the different buildings. Every building fulfills a unique purpose.

The Drone Station lets you upgrade your drone in a multitude of ways. It is a more high risk building since it strongly depends on how profitable the drone is. With the help of the Drone Station the drone itself will get the most efficient source of income in the game. Therefore you should be focussing on protecting the drone as much as possible if you build the Drone Station.

You can make use of the Interceptor as aerial defense building. Hence, the Interceptor defends your base against the Pulse Cannon. The rate of succesfully intercepted airstrikes increases with the number of placed Interceptors.

The Disruptor makes every Interceptor of the opponent team less effective. Multiple Disruptors decrease the rate of succesfully intercepted airstrikes of the enemy team.

Every gun in the game can be upgraded with the Gun Improver. The players need to invest resources to further enhance the capabilities of the Gun Improver, so that new upgrade paths will get unlocked. Thus, through the course of one match the players will get more and more powerful guns.

The player can improve their armor and other abilities with the Suit Upgrader. As the guns get stronger with progression

Turrets prevent the enemy to attack your base from the ground. There are currently three different kind of Turrets a Rifle Turret, a Machinegun Turret and a Grenade Turret. Every turret has different attributes and thus is more effective in certain situations.

we just released a demo version of Alpha Decay.
The demo is the full game that you can try for free for 120 minutes.
All progress will carry over to the bought version of the game if you decide to buy it.

So invite all your friends to join you!

We got greenlit! Thanks everybody for your support! Stay tuned for the next updates on Alpha Decay!

We are working on an Open Beta for our Realtime Strategy Multiplayer Shooter Alpha Decay right now! Soon you will be able to try the game out for free...

Vote for us on Greenlight and support us on Kickstarter!

Our Greenlight and Kickstarter pages are now live!