Aground was designed around the theme of Progression, and inspired by Utopian Mining and other mining/crafting games. You start out with almost nothing, and you can eventually build your way up to a thriving settlement.

Currently, you can only explore and build on the first few islands, but we have lots of plans for expansion, and the sky is literally not the limit.

We're planning to continue developing Aground based on feedback and suggestions from players, so definitely send me a message or post in our subreddit or discord to determine the course of this game.

Aground has finally reached update 2.0 - and it’s a big one - it adds co-op multiplayer! Multiplayer has now been beta tested and is live and ready for everyone to try!

More big news: we now have an official launch date - we will leave Early Access on April 17th! To celebrate, we created a revised, launch-ready trailer with the help of friend @MJoshua and score remix by Chase. Watch it here:

You can try the demo here:

To play a game in Multiplayer, one player must host a save slot (it can be a new game), and then others can join that save.

To host a save, select Multiplayer, enter a name for yourself and select Host Game, then select a slot to host. 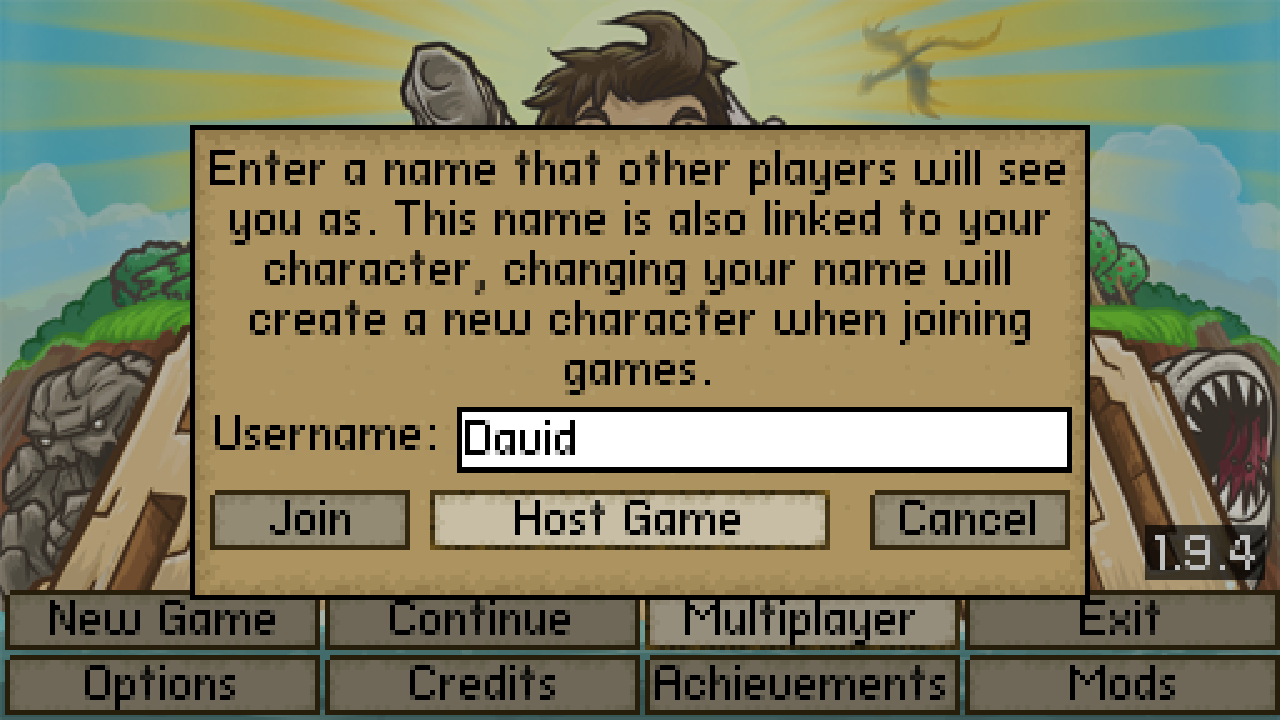 To join a game, select Multiplayer, then enter a name for yourself and select Join. It will show a list of everyone publicly hosting the game and you can select one to join, or you can manually input their IP address to join their game.

We also added a chat feature for Multiplayer - in game, hit Tab to chat, and type /help in chat for a list of useful commands!

Some April 1st shenanigans in the Multiplayer Beta.

We also added our first official translations: by popular demand, Russian and Brazilian Portuguese! We are still planning on adding more, but these translations were included in the big 2.0 update!

I hope you enjoy being able to play with friends, and let me know if you come across any issues! With only a few days until our full launch date, we’re hoping to fix any last minute bugs and maybe add a few more last minute quality of life updates!

Going out is dangerous! Stay in and play Aground!

P.S. Don’t forget to join the social channels below if you haven’t already:

Update 1.7.0 is now live!! It includes the Science Path to the end of the game, which involves several new planets, many new quests, NPCs, enemies, and...

Blasting Into Space - and the IndieDB top 100!

We are getting close to releasing the Spacefaring update, and we’re honored that enough people nominated us to get us into the top 100!

From a lonely miner with a stone pickaxe all the way to Space! The first planet is now complete!

We launched Aground, added mod support with mod.io, and uploaded the 1.4.0 update!

The linux demo of Aground, containing the first 3 islands of the game.

The mac demo of Aground, containing the first 3 islands of the game.

The windows demo of Aground, containing the first 3 islands of the game.

Great game - I'm impressed with the amount of content and polish already here! Really enjoyed it!

Indie
Twitter
Tags
Embed Buttons
Link to Aground by selecting a button and using the embed code provided more...