From a lonely miner with a stone pickaxe all the way to Space! The first planet is now complete!

Update 1.5.1 is here, and it’s a big one!! You can now follow the magic path all the way through many new quests and areas, right up to launching into space! This means that the entire starting planet is now complete, besides a few side quests and optional features we still want to add.

Alongside this major update to the game, we have a very exciting new trailer to share with you! Made by the talented M. Joshua and scored by our very own Chase Bethea, we are thrilled with how it came out!

What do you think? We hope you love it as much as we do!

In other news, back in late August/early September we showcased Aground at PAX West, which was an amazing experience. We were a part of the Indie Megabooth, and had a very steady crowd of gamers, press, and industry professionals stopping by to chat and try out the game. Pictures from the event are here (featuring our Miner and Alchemist cosplays!): Flickr.com . 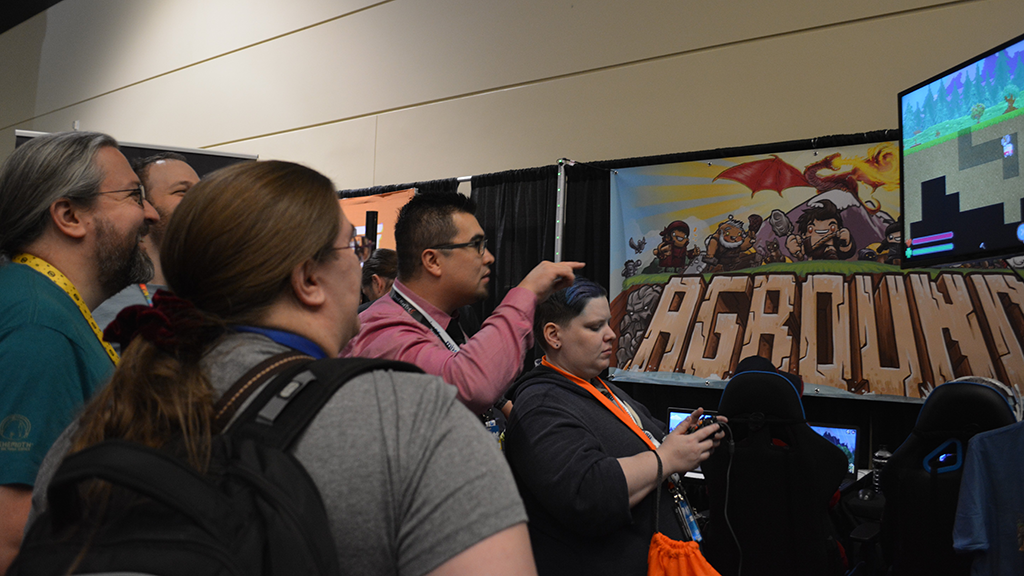 A huge thank you to everyone who came by at PAX, especially the awesome streamers and Youtubers we met, who have released so many great videos which have helped to spread the word about the game - including SplatterCatGaming, Wanderbots, RufioGuy, and many others!

You can grab the Demo right here:

The full changelog for this update is as follows:

The following changes affect the demo as well:

Enjoy, and as always, don’t be shy if you have any questions or feedback - we are always happy to hear from our players. And don’t forget to join the social channels below if you haven’t already: