Adam & Ricky is a top-down pixel art shooter where our main character is the primordial man (at least according to the bible) and his faithful pig pet (don’t ask) and their adventures chasing Hitler and his minions. Gameplay-wise , the human, Adam, will be a ranged class and Ricky the filthy pig is going to be a melee oriented bruiser.

Since Adam has the positional advantage of being a ranged toon, Ricky will obviously be more tanky to withstand all the front line beating. He’ll also be somewhat more pissed off, which will obviously makes him more dangerous.

Since there are two characters that combine their skillset to progress throughout the game, the whole experience wil be local coop, with one player controlling a character each. If you haven’t got any friends, you can always play solo though!

Solo mode will be a bit like Donkey Kong. You will be able to switch characters at will, and the AI will take over the one you aren’t controlling to help out a bit. Don’t rely on it very much though, as it will be easily distracted and sometimes more of a nuisance tan a helping hand.

As we build new Adam & Ricky maps, we are slowly refining the art style we want to be using throughout the game.

We have been improving the graphical detail of almost all of our assets, from the grass that fills a large part of the maps, to the larger and more special items. Obviously that means it’s going to take a bit longer, but we’re sure it will be well worth the wait.

Another improvement we’ve made to the graphics, is the inclusion of dynamic shadows for certain objects and enemies/NPCs. 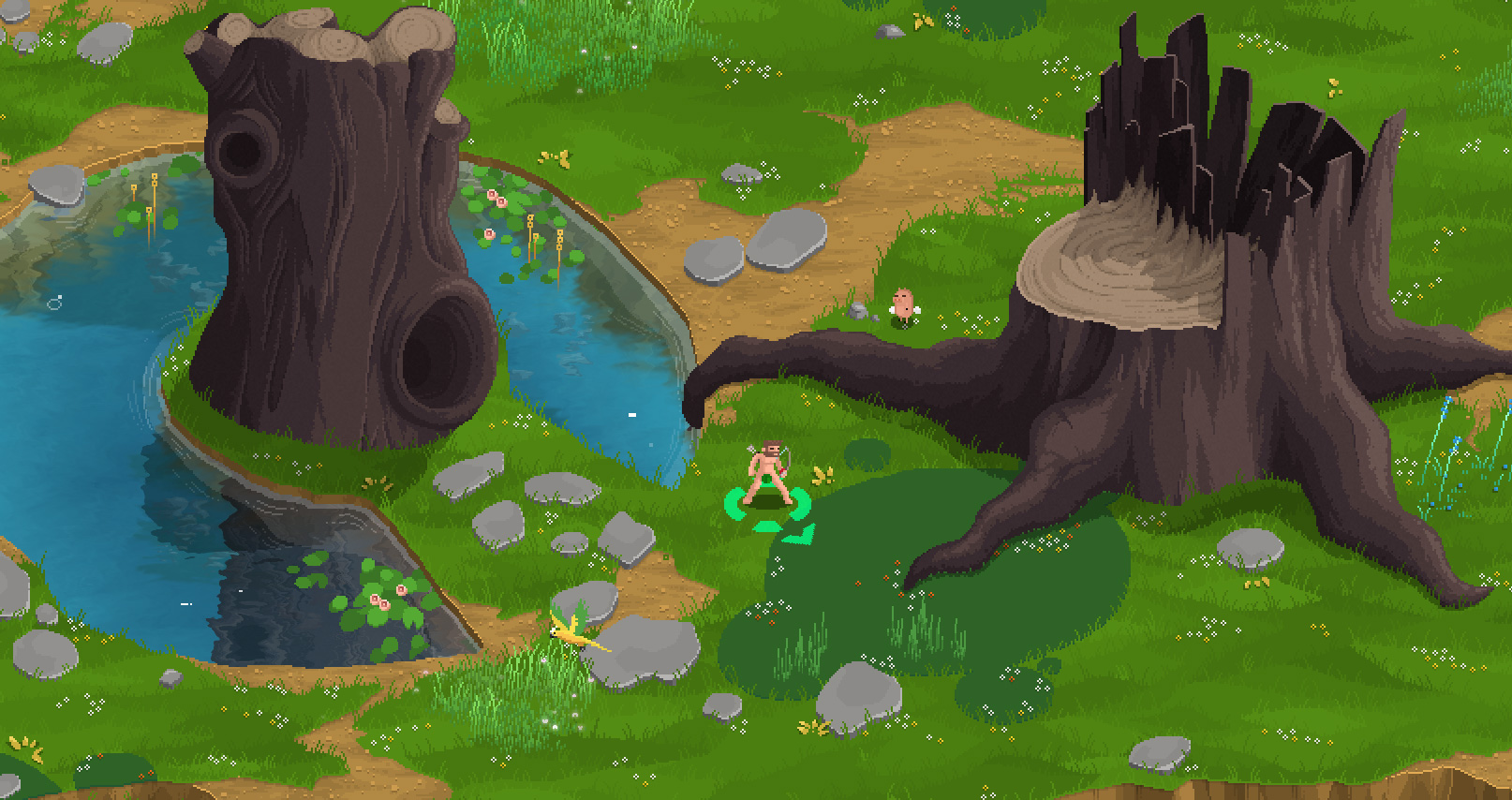 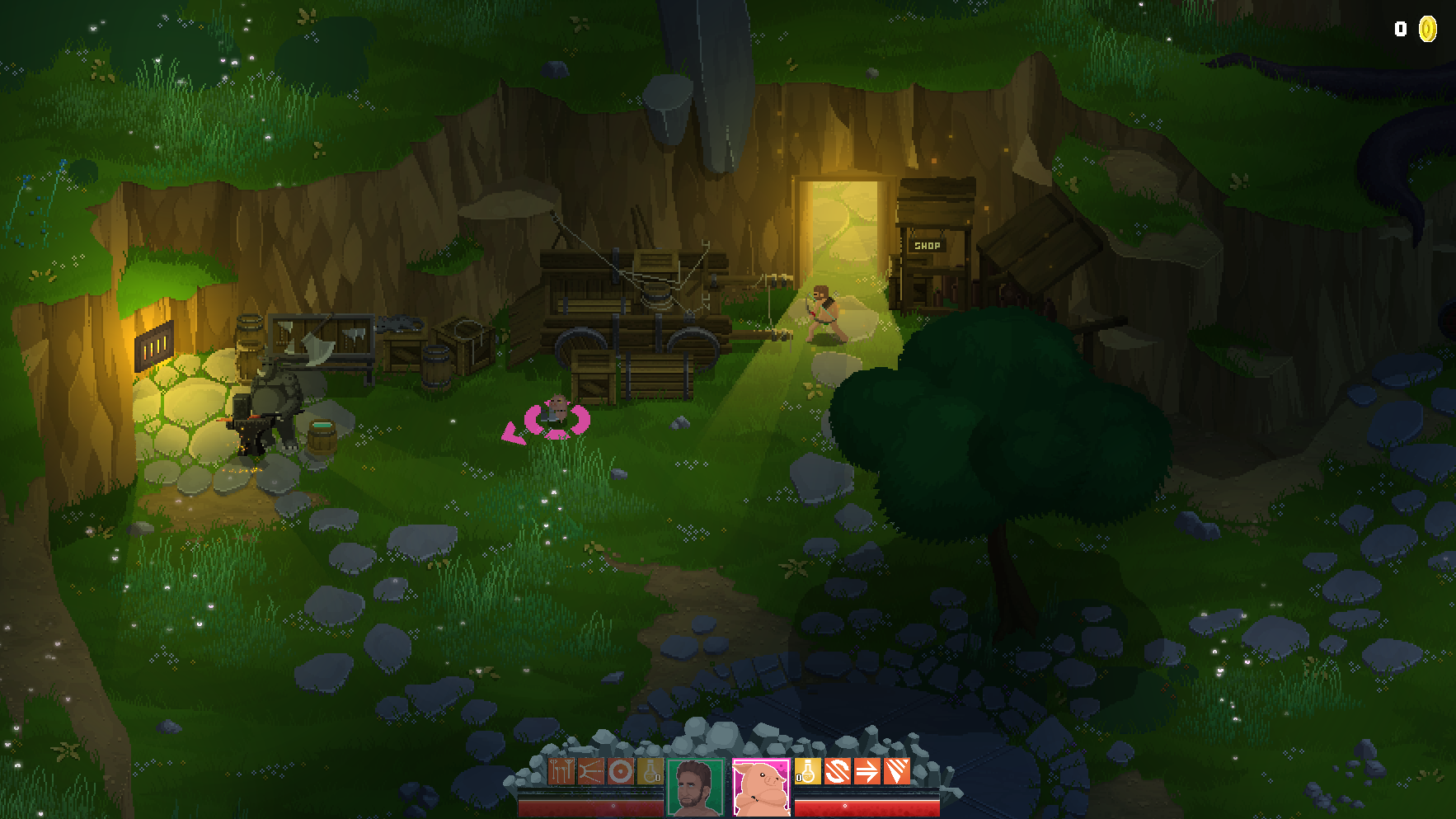 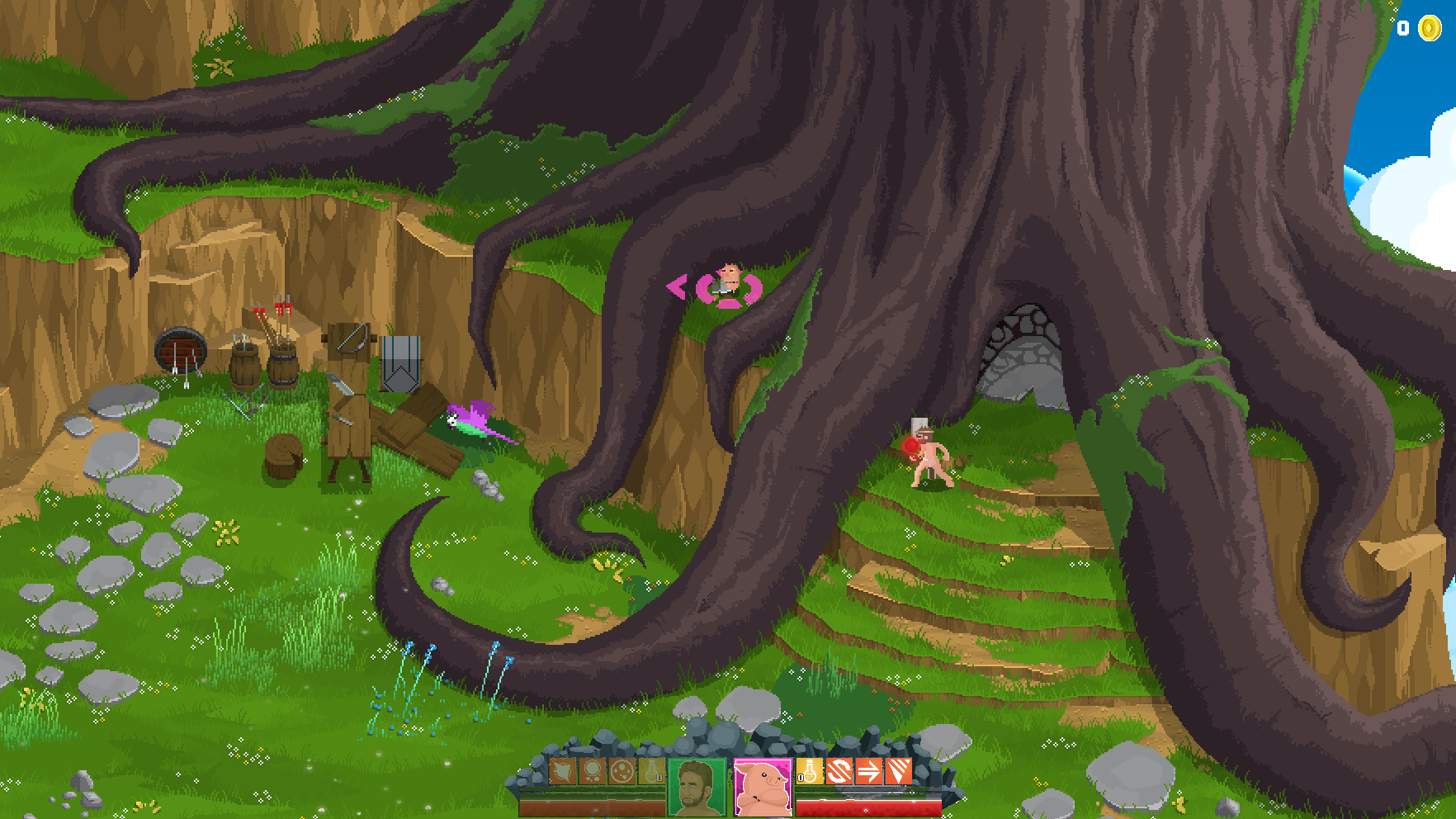 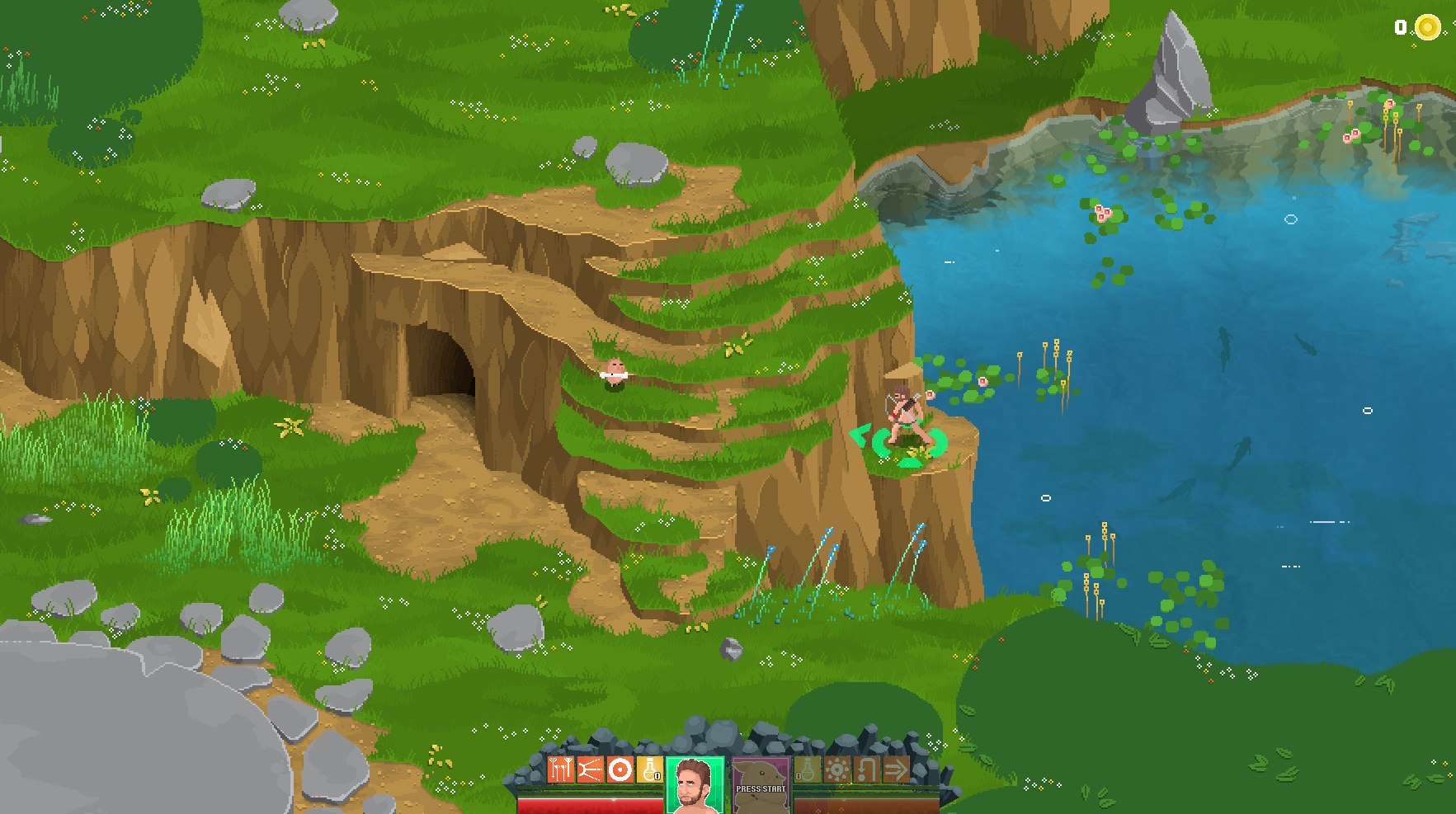 For a while now we’ve been pondering about how we want to portray water in the game world. Although it’s a pixel art game, and risking a bit of hate from those good old purists, in this case we went for a more realistic approach.

Is it worth it? See for yourself in the video below:

As you can see in the video, Adam is reflected in the water. It’s not just Adam though, it’s everything comes into contact with it, from enemies, to rocks and other decorative elements.

To create this effect, we duplicated the sprites that came into contact with the water, we flipped them, and we placed them on a render layer below the one that contained the water shader. This shader is simply a distortion shader animated with blending.

Sprites can be duplicated dynamically, or be already duplicated before compiling the game. The dynamic ones will be all the moving sprites that can either enter or exit the water area, and the rest will be fully static, such as stones, plants, etc.

An then, in the same way as we do everything outside the water, we organize the layers to give it that cool depth.

That way we can be sure that the fishes and other elements above the floor, and other pieces above water aren’t all affected simultaneously by the shader distortion.

Ultimately, we anted do add a few extra properties to the water so interacting with it wont feel boring as hell:

And that’s all for today folks! See you in the next post!

At long last, our demo for Adam and Ricky is out and ready to rumble! These last weeks have been rather hectic for all of us, as there were countless...

Today we’re talking a bit about the soundtrack for Adam and Ricky. Killing stuff is always better with a happy little tune in the background!

We go over the vendor and merchant system in the game.

Long story short, our main character is the primordial man (at least according to the bible) and his faithful pig pet (don’t ask) and their adventures...