I've added a way for you to speed up the day-night-cycle, in game, so you can jump from day to night, or vice versa!

There’s a nice thing in Death’s Door where you can walk through fallen leaves, which I thought might be nice for my game, so, I spent the entire day making a Substance Designer material, particle effects and new audio, and got it hooked up in-game.

But the leaves in my game are the size of your head. To have smaller ones on the ground doesn’t look right, so I ended up removing it all from the game.

Been a while since I went down a rabbit hole for something I’m not gonna use, but it happens...

Made a new actor for the campfires, with a custom Action Button Responder that will bring up a new UI screen: time of day selecta.

When the player sits at a campfire they’ll be able to speed up the day-night-cycle, but I need a bit of UI for them to select the time they want to go to.

The basics of the screen are in, sans any interaction, but it took most of the day to make a set of icons that I like. I’m trying to match the vague style of the inventory ring and er, that might not have been the best option. 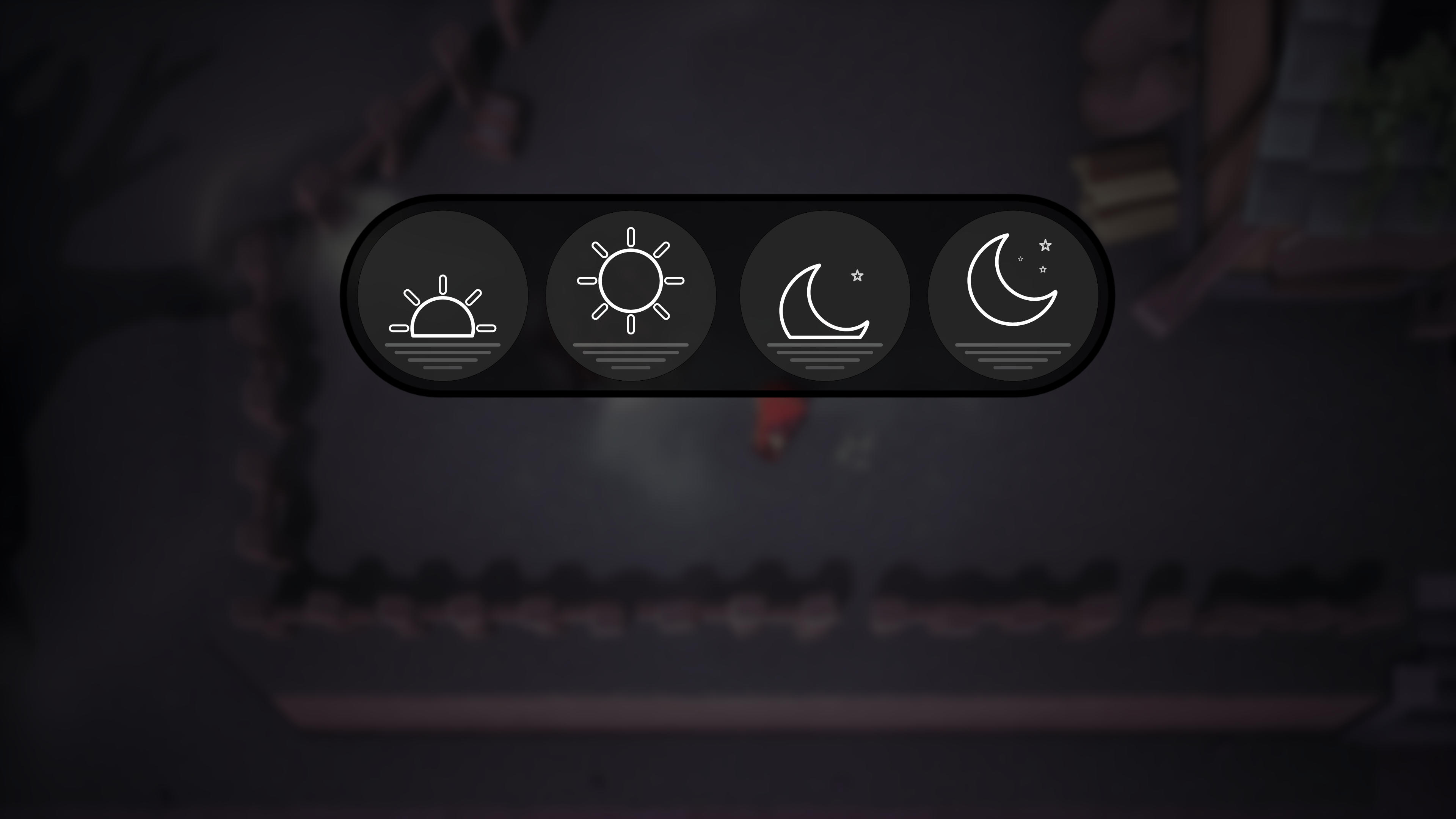 Finished off the interactions for the ToD selector.

Decided that I’d get the Game Mode to start the time dilation, calculate how long it needs to be applied for, and set a timer to turn it off… Which turned out to be a bit more hairy than I anticipated; I’d forgotten that the Day Night Cycle is on its own update frequency (24fps atm), and, because that can be changed by a compile-time constant, I’d need to do all the maths taking that into account. Cue a bit of scribbling and head scratching… Works very nicely, though. Does exactly what I wanted.

To sell it, I’ve added a global post-process with some very heavy colour/sat changes. The spawned BP of the Day Night Controller – the thing with all the lights in the game world – binds to event delegates in the Game Mode to catch the start and end of the dilation and uses timelines to blend the post in and out.

I was going to do a VHS effect, but this looks quite nice already. I might add a stencil of a stopwatch, as a cut-out, over the top. Dunno. It’s definitely going to be tweaked before the end… 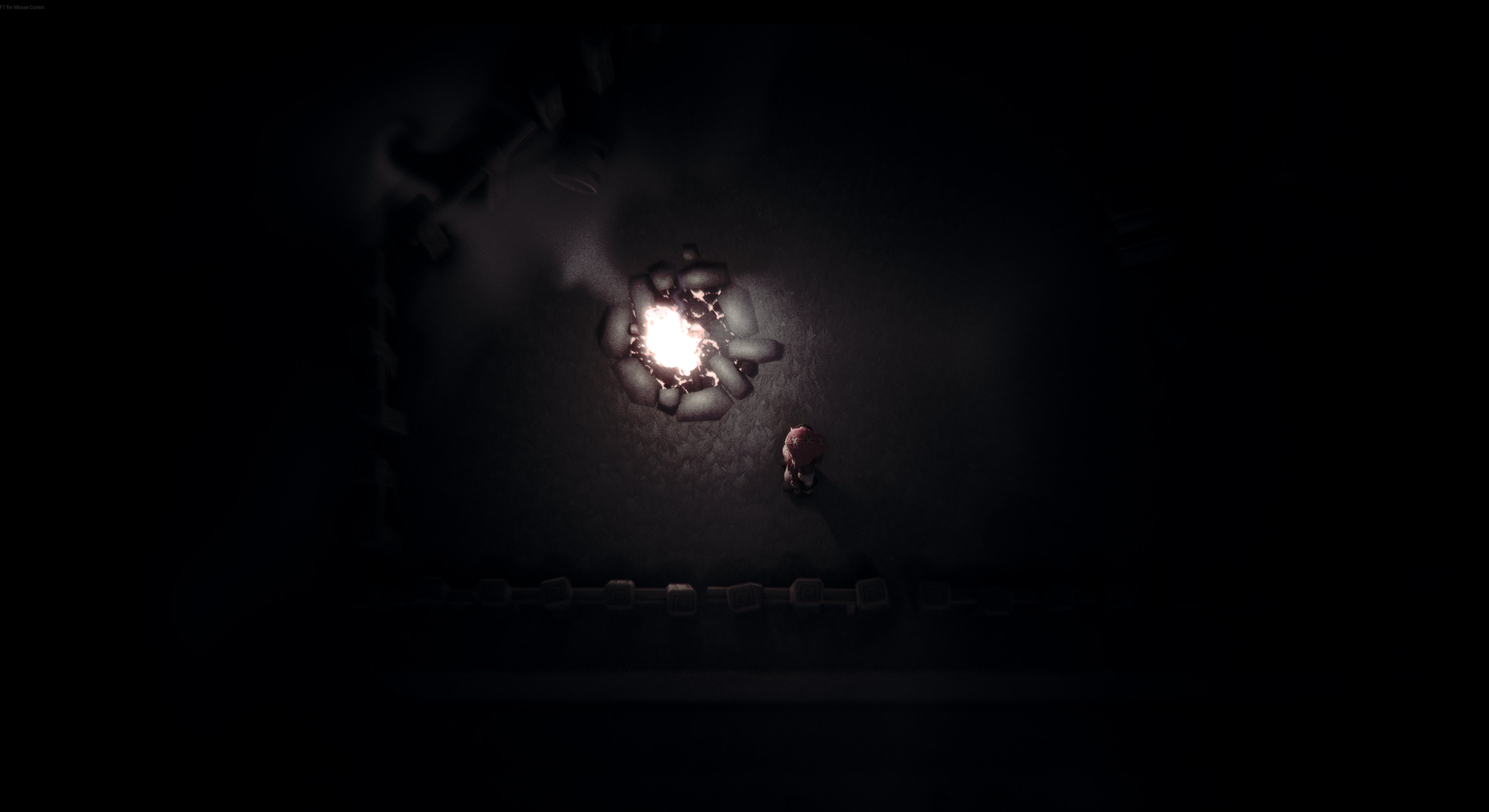 I’ve broken my duck. I’ve finally put something on the HUD. I’ve been putting this day off for years, but it’s finally come. The game now has an on-screen analogue clock… I’ll be adding hearts any time now.

Also added sit/stand anims for the player character, so they sit at the fire and stare into the flames, as well as tweaking the post, making sure on-screen icons were hidden, and reappearing when they should.

Code-wise, I put in the framework for AI to latch onto campfire events, and most likely kill themselves, or at least pause. Or maybe move off somewhere.

I also wrote a bunch of helper functions to show/hide the entire hud – needed for cut-scenes and level transitions – as well as hiding “all but” specific elements. Ie: I want all the HUD removed when time is dilating, except the clock face, which I’ve actually animated to zoom in. I can see myself needing similar things for the map…

Oh, and guess what idiot forgot that all the time calculations start from zero, cos er, programming not time, and had a 25hour long day. Yup, this idiot. So I’ve fixed all that supidity.

Everything needs an audio pass, but bar that, it’s good to go. I’ll re-purpose the campfire BP so beds perform the same function. The only major change will be the animations the player character performs. 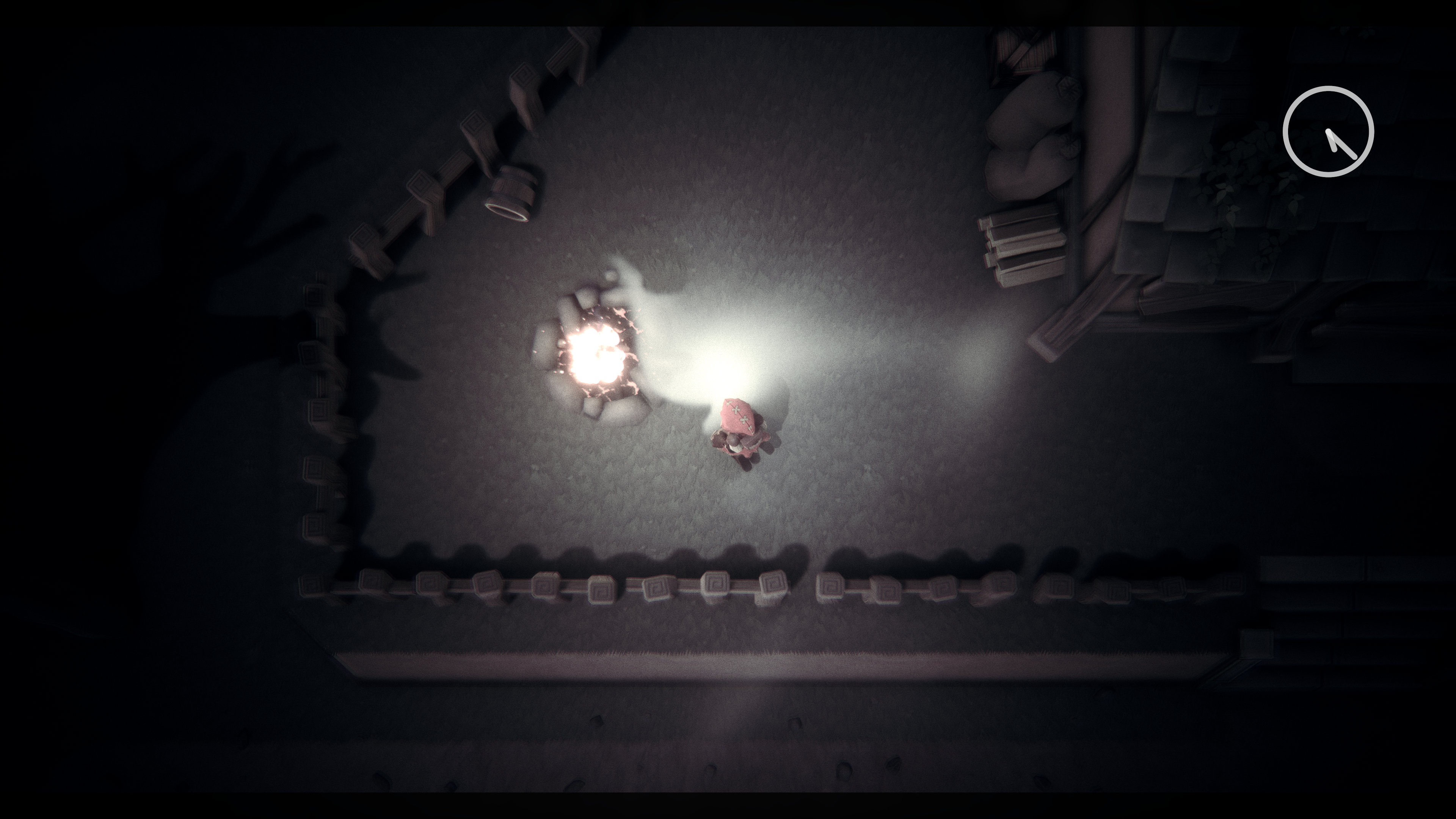