Do you think Level Design is easy? Think Again! Having a memorable, engaging and intuitive level design takes a lot of practice, experience and the right knowledge to set you up on the right path. Here are a few things I wish I knew when I started the level design for the first time! 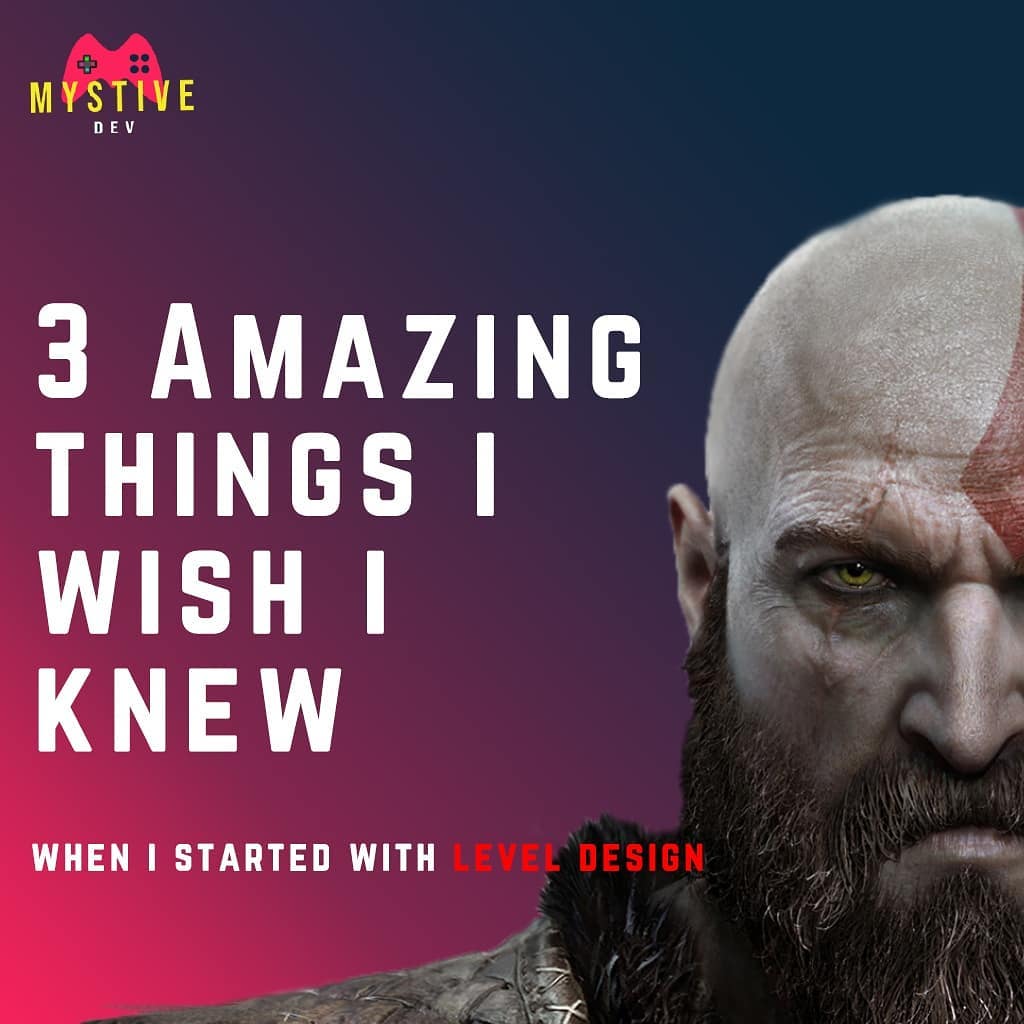 Do you think Level Design is easy? Think Again! Having a memorable, engaging and intuitive level design takes a lot of practice, experience and the right knowledge to set you up on the right path. Here are a few things I wish I knew when I started the level design for the first time:

Critical Path is the way the player MUST take in order to finish your level (if we are considering level design) and the path a player takes to finish the entire game. It is the crucial path where most of the Game Development is focused and includes all the major story points, objectives and obstacles necessary to finish the game. Developers focus heavily on the critical path since it's unavoidable and the player will go through it since it is a requirement to finish the level.

Now, why do I say that "non-critical paths" are even more interesting?

Well, non-critical paths are not necessary for your game to be finished. But, they greatly contribute to the "living world" of your game. But, let's talk about the mistakes that beginner Indie Developers make when designing such a path.

As human beings, we love being rewarded for our efforts. If we dive into psychology, when we get a reward, special pathways in our brain become activated. It feels good and it also leads us to seek out more rewarding stimuli. And Non-Critical Paths should serve EXACTLY that purpose.

Since it is not necessary to complete the game, the player chooses the non-critical path to see what is there at the end of the road. What's going on with the environment there, will he find another NPC or a side quest? The Most Important Thing is to always add a reward at the end of the Non-Critical Path, whether it's an additional cutscene, a point of interest, a vista on a breathtaking view that gives a Steam Achievement or perhaps a chest of rare loot. 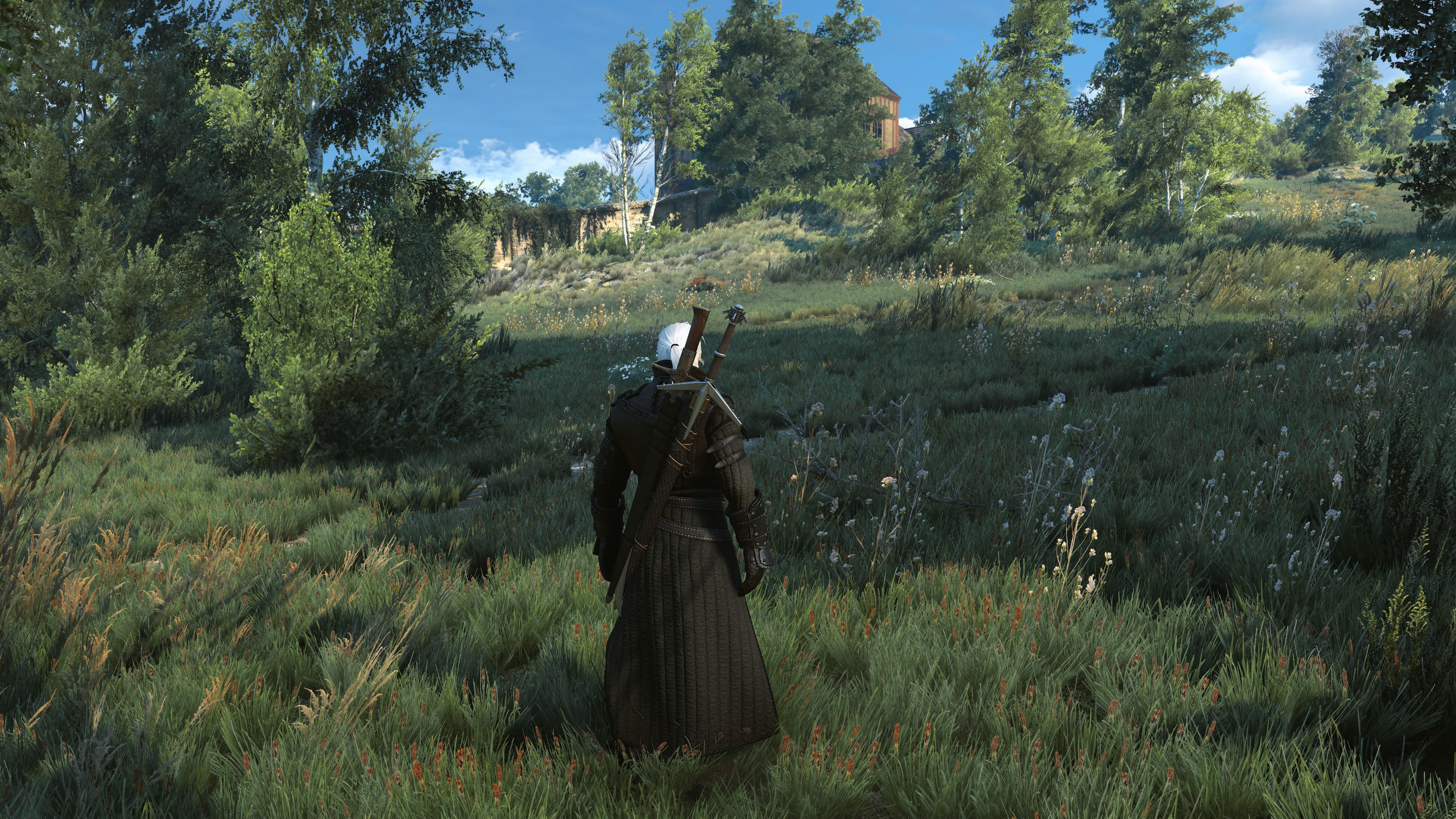 Framing is a subtle level design technique meant to guide players throughout the game, provide direction and can be a great way to subconsciously tell the player where should he go to complete the level.

Giving subtle design level clues to the players instead of relying on on-screen hints will keep your players immersed and provide them with an unforgettable experience.

Framing technique is called that way because it basically, in a way, resembles a frame of a picture. Thanks to evolution, the human brain can recognize anything that resembles a passage, an entrance or a gateway. And that does not necessarily have to be a gate, a door or a cave entrance.

Let's take an example: You've added Volumetric Fog in your scene (imagine Silent Hill) where you can only spot silhouettes only a few feet away from you. So, you're wondering how to guide the player to go to the end of the level? Well, if you create anything that resembles a silhouette of a passageway, the player will know that this is the way to go. For example, you have a tower on the left side, a tall tree on the right and a hanging rope just above the ground connecting the tower and the tree. Even if there is fog or minimal lighting, the silhouette will in a way look like an entrance or a passageway. This is the Framing Technique. See what I'm getting at? A frame of a picture where the player basically goes through the picture - metaphorically speaking. 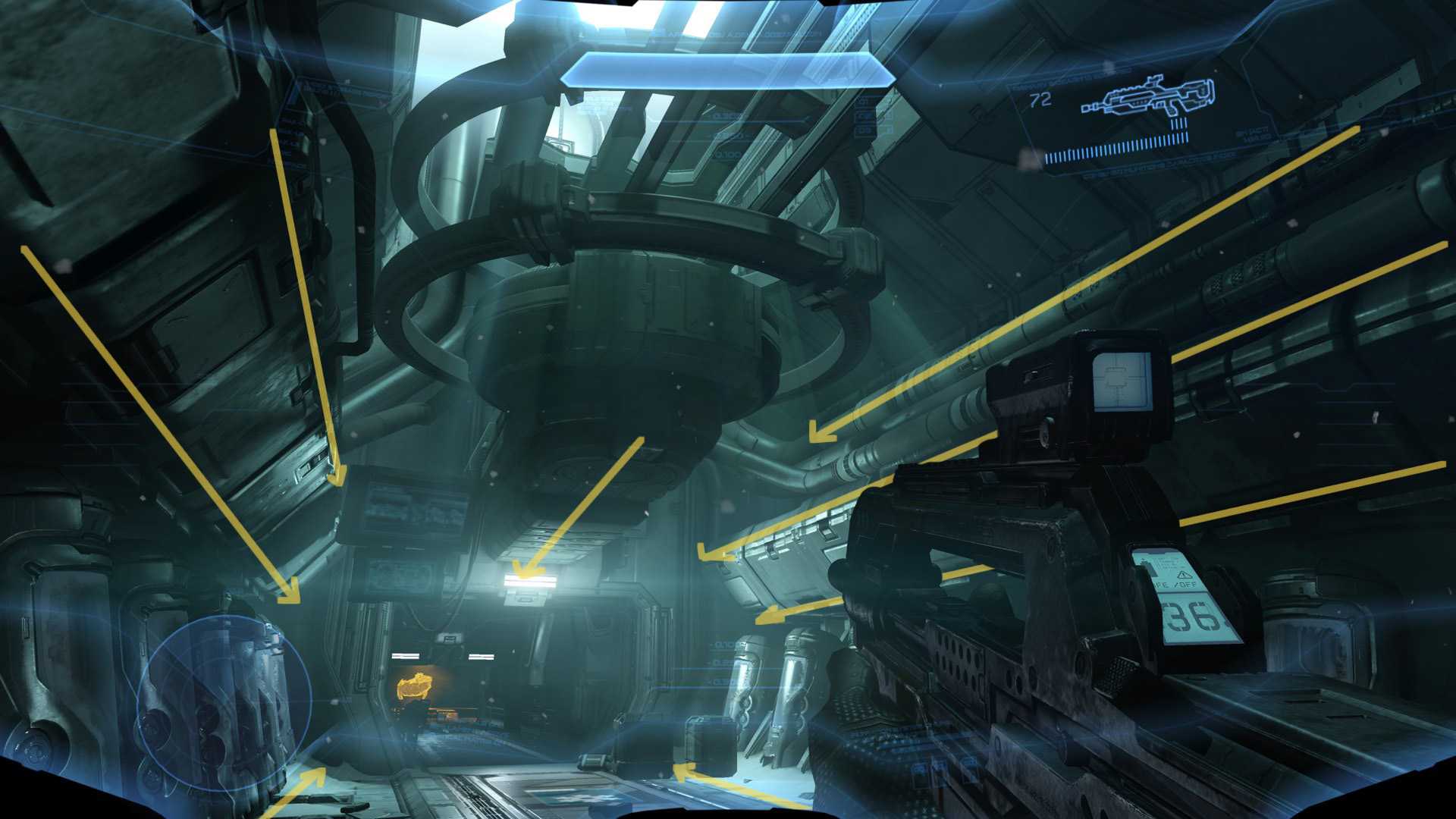 Level of Detail is a fairly known method of optimization among Game Developers. But, for those who do not know what it is - it reduces the polycount as objects become more distant from the player camera. Why go hard on your client's machine for a model that's so far away? This is one of the most important optimization techniques in order for your game to work flawlessly and avoid devastating your FPS rate. That means: If you have a model which is 40,000 polygons/faces/triangles of geometry, you can always create 2 to 3 LODs for it to reduce the performance impact. The second LOD of your model will be fewer faces than the first one. The general rule of thumb is being half (20,000 polys), the third will be (10,000 faces) and so on.

The LODs are basically lower poly versions of your primary model. So, as the player goes further and further away from the model, the engine swaps that model with its LOD version.

Let's take a SPHERE for an example. The sphere must have a lot of faces to look smooth which means a lot of polygons are rendered at the same time on the screen. The rounder the object is, the more faces it has and in return, it affects game performance more heavily. Now, if you place the sphere in the world with 4 LODs. As you go further away from the sphere, it will begin swapping to its LODs. When the player camera is so far away from this model that it's barely visible, the sphere's last LOD can even be a cube (which is 6 faces only) and will be barely visible from that distance.

LODs can be done in any 3D Modeling Software before you import them into your game engine. Some engines, plugins and software also allow generating LODs on the fly - such as Unreal Engine 4 which has a built-in LOD Generation feature inside the engine.

Going through all of the Level Design techniques and ways to improve can take entire back to show and these are but a few of many that could help you improve the level design of your future Indie Game. Stay tuned for more content of value! 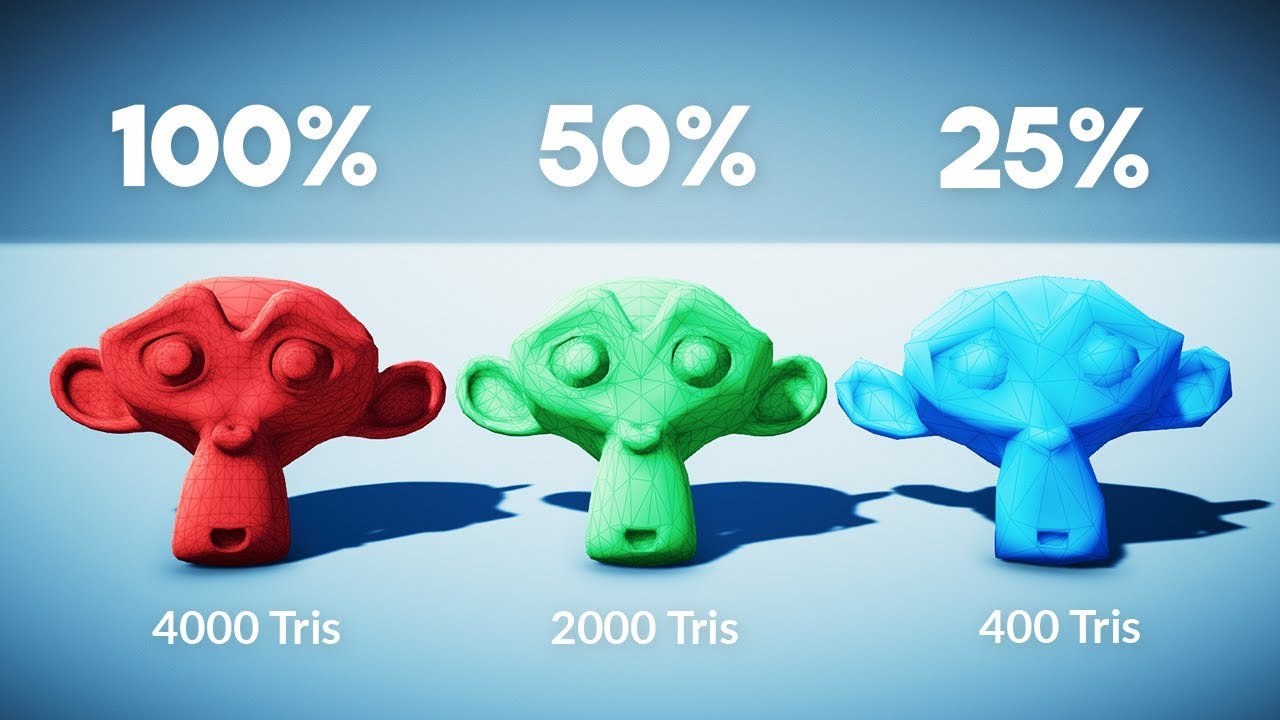 Check out some of the other
Articles on Game Development & Digital Marketing Content of Value:
Indiedb.com 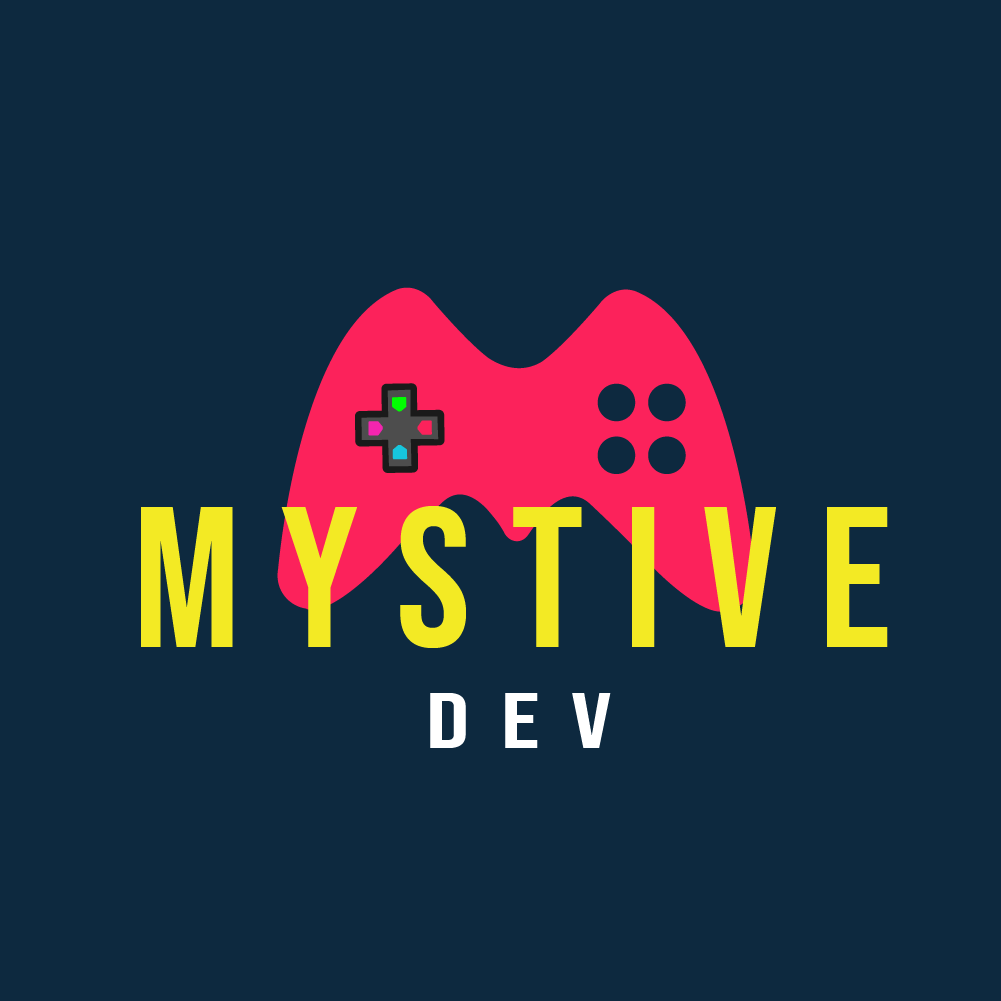