Our team is tireless and produces outstanding work all the time, so let's see what they are working on...

Hi, there! I'm Bruno, Community Manager of CremaGames, and I bring you a new devlog!

If you are developing a game or have read about what's that like, sometimes is hard to display the new content you have in your hands. It's not about keeping something secret for the sake of it, it's just that it's not really finished. When you work as a team, you have to keep up with your partners and work in the same stuff, or at least, some related content. But even if we work as one most of the time, we can't always finish everything and show it immediately.

That's why this week there's nothing really done I can show you. But that's not bad! I can show you some stuff we have half done, instead.

I've already shown you tons of videos and concepts about the outdoors. Also, some stuff about the rooms inside the pyramids. I'm kind of tiresome about it, but I love the peaceful landscape outside the pyramids – mainly because it's basically done. Yet, there's still some details we wanted to include, and to do that, we need 3D models, textures and more... Anyway, let's take a look at some stuff we've got: 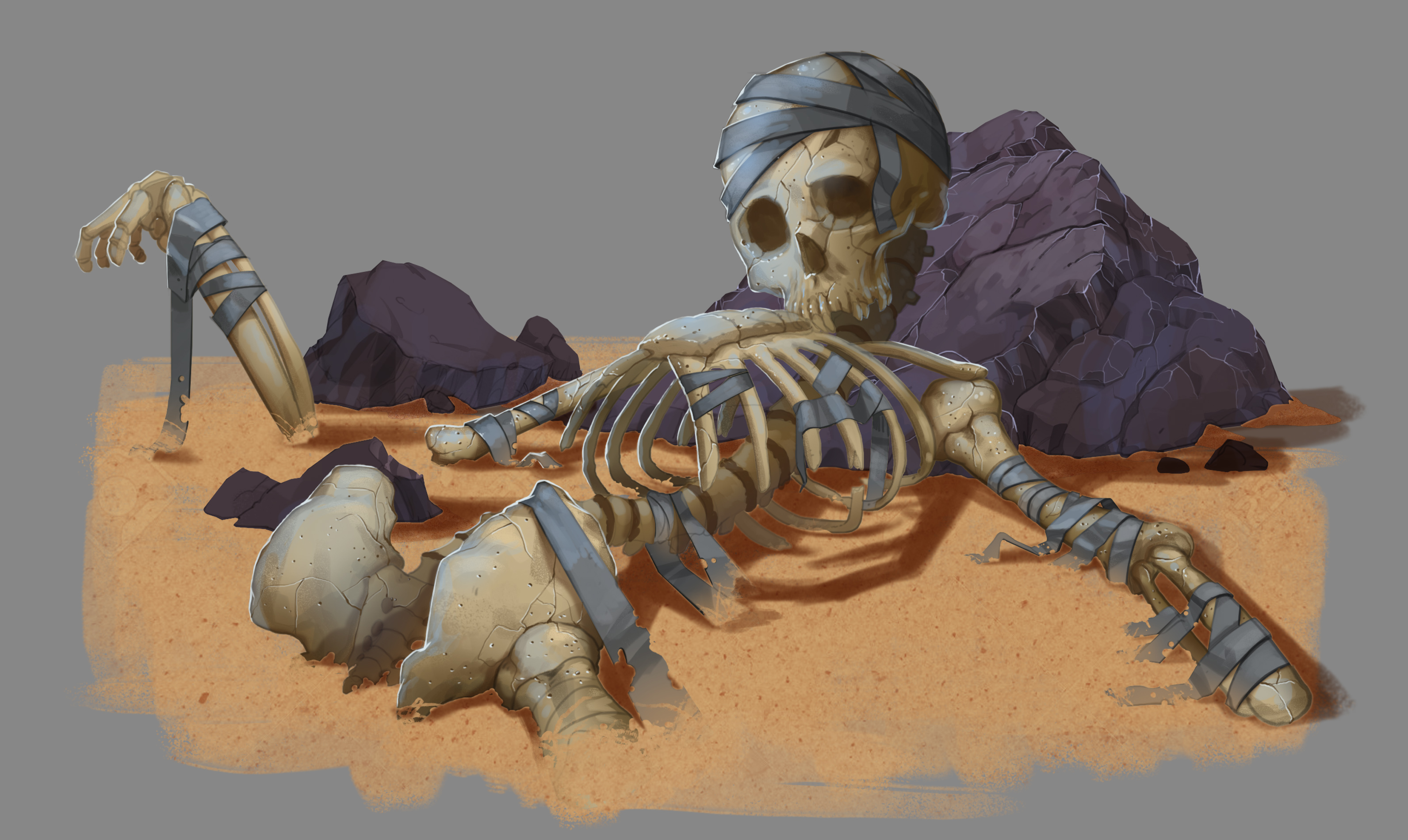 Seems like you are not the first fellow in here. How did this guy die, anyway?

And a lost concept about the cliffs that close the map 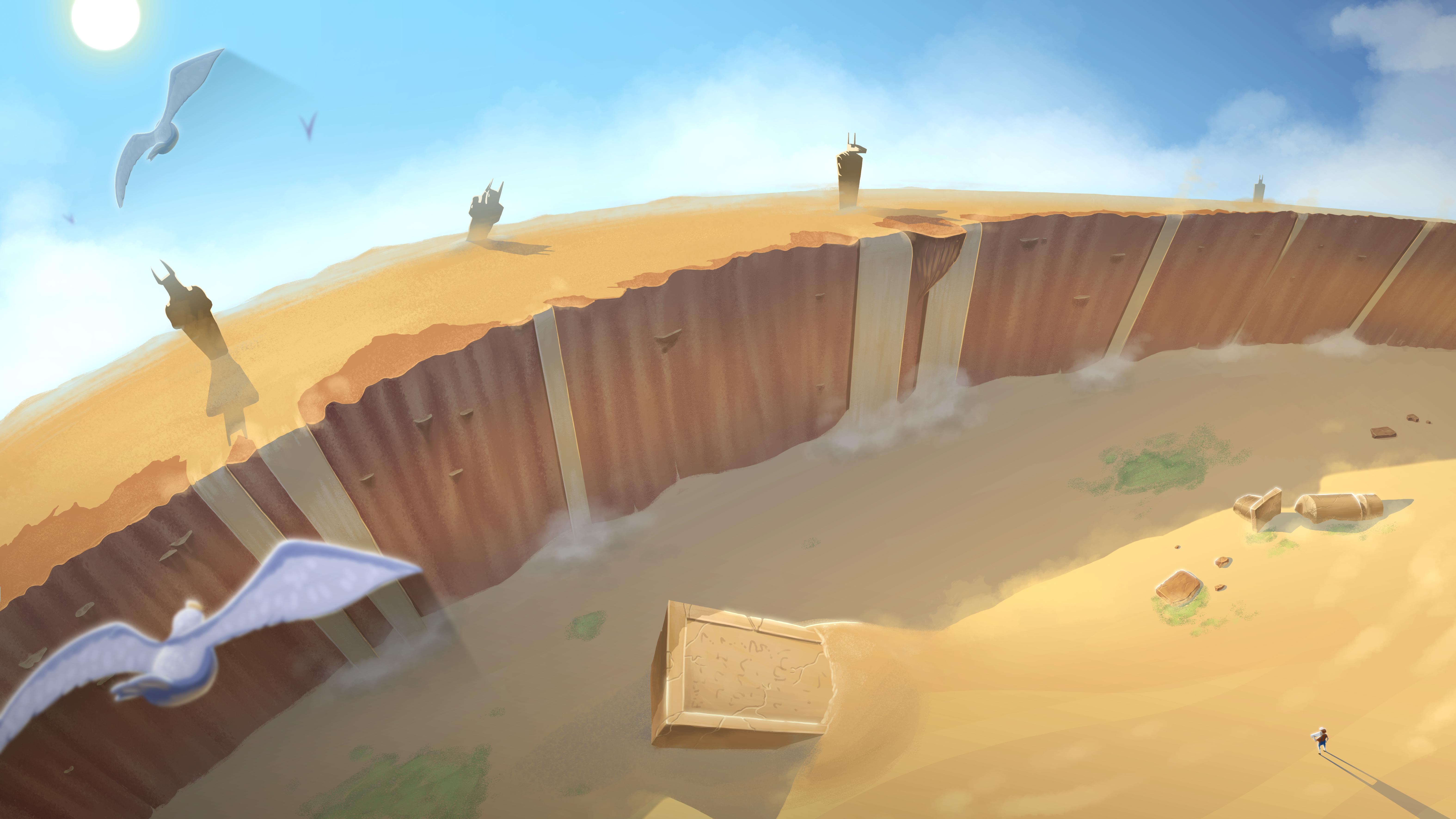 Where the hell are we?

We are also adding some postprocessing to the sand, so it looks better when you move around.

And these are the arts that statue comes from: 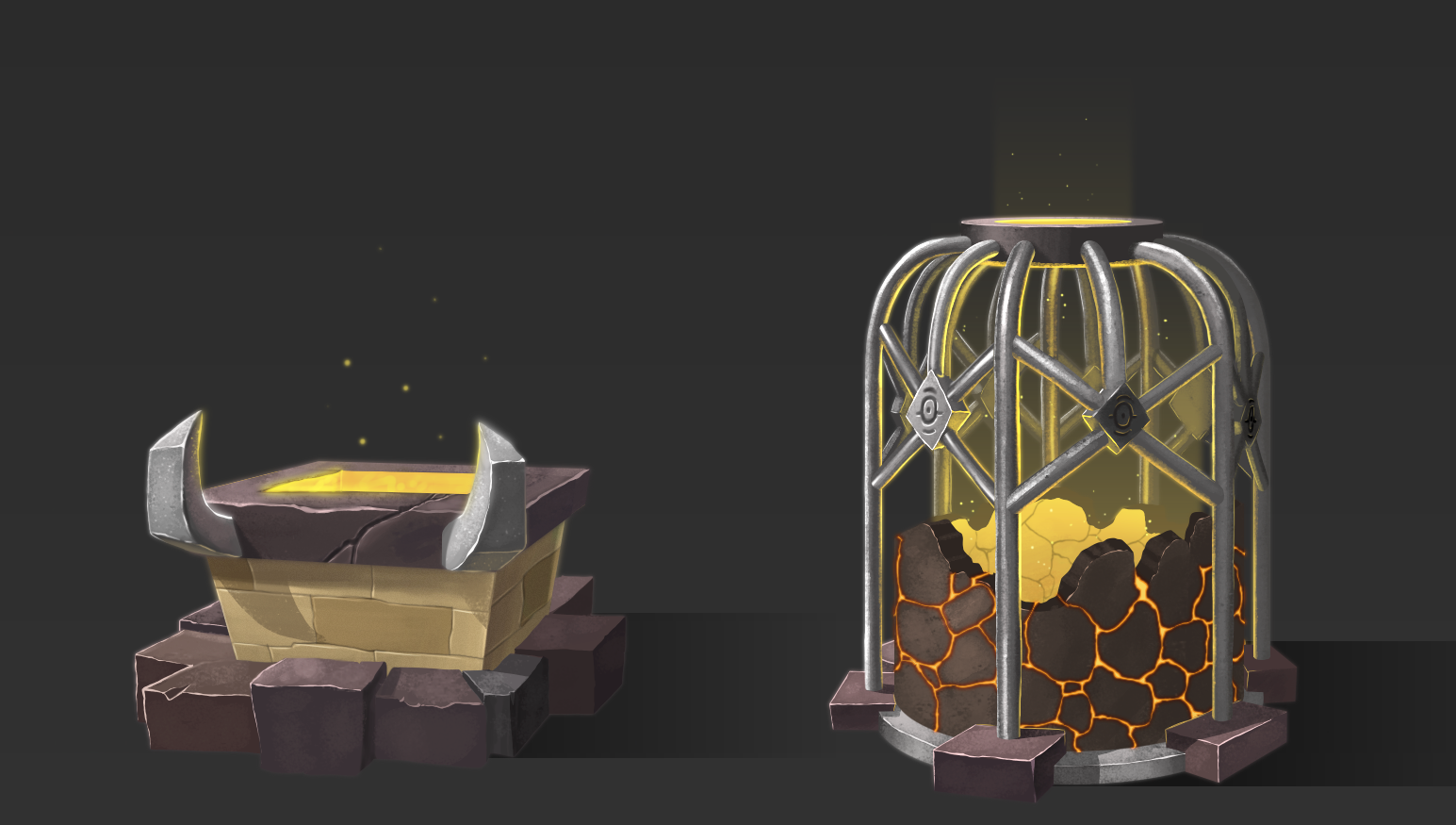 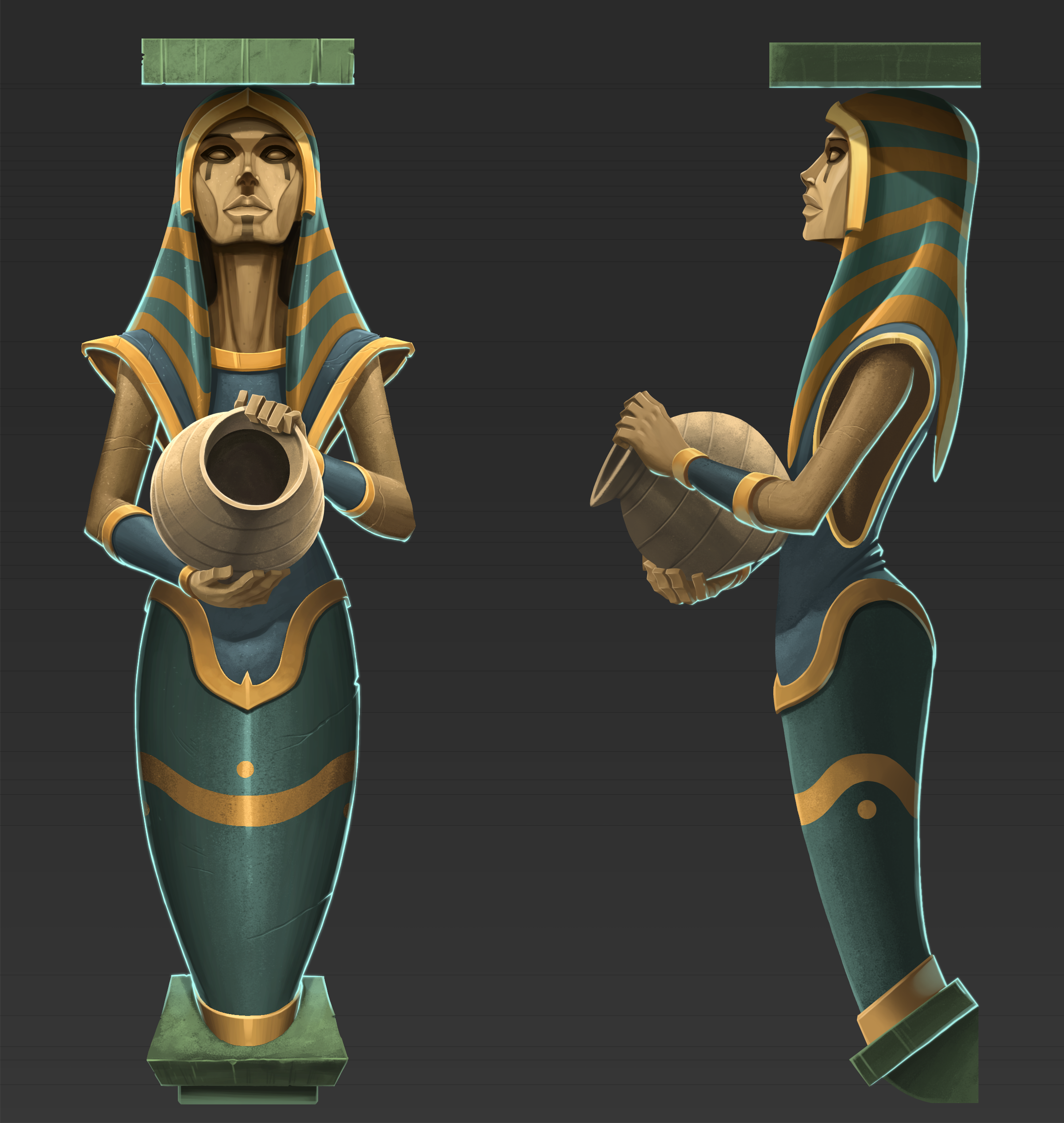 We're always making new enemies for Immortal Redneck. They are a huge part of its gameplay, of course, but also of its appeal. You can't make people like a game about shooting monsters without cool creatures moving around and doing stuff.

Here's some new enemies' concept we are putting into the game. I'll show more about them in the near future, when we have them totally finished! And no, no name for them yet. 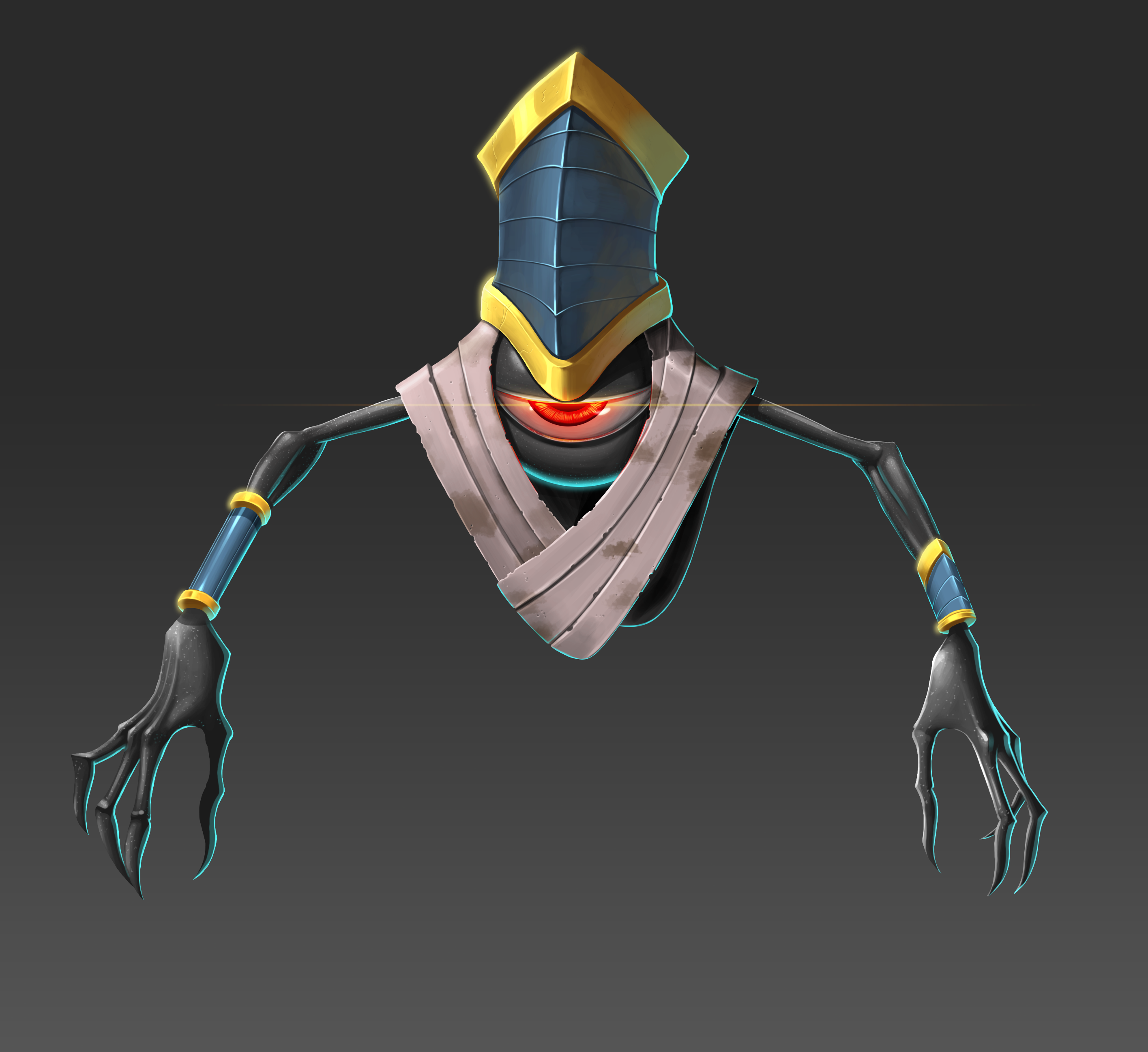 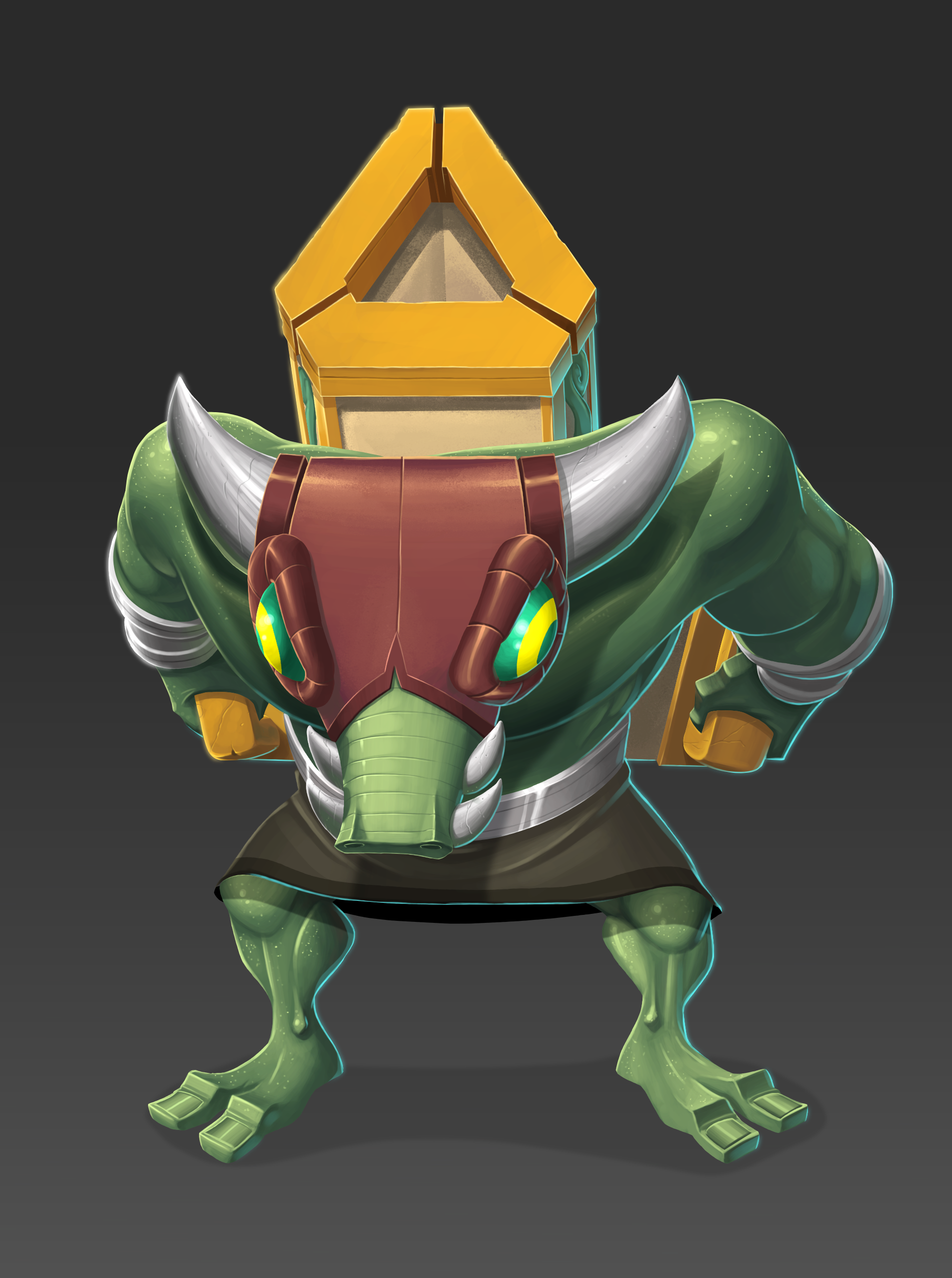 Who called the artillery?

Enemies are important, but weapons too! We've shown you the Redneck set, that's comprised of Grandpa, Tickels and Dina, which are the handgun, the shotgun and the dynamite sticks, respectively. They were the first because they are part of the first subclass in the game, and that makes them the most basic weapons in Immortal Redneck.

At this moment, we are working on a new set of guns. It's the Seth set and no, there's no pun intended: Seth is an Ancient Egypt deity. Take a look at it. We'll explain everything about them in a future devlog, I promise!

Also, we are looking for the perfect particle and distorsion effect for the sword. 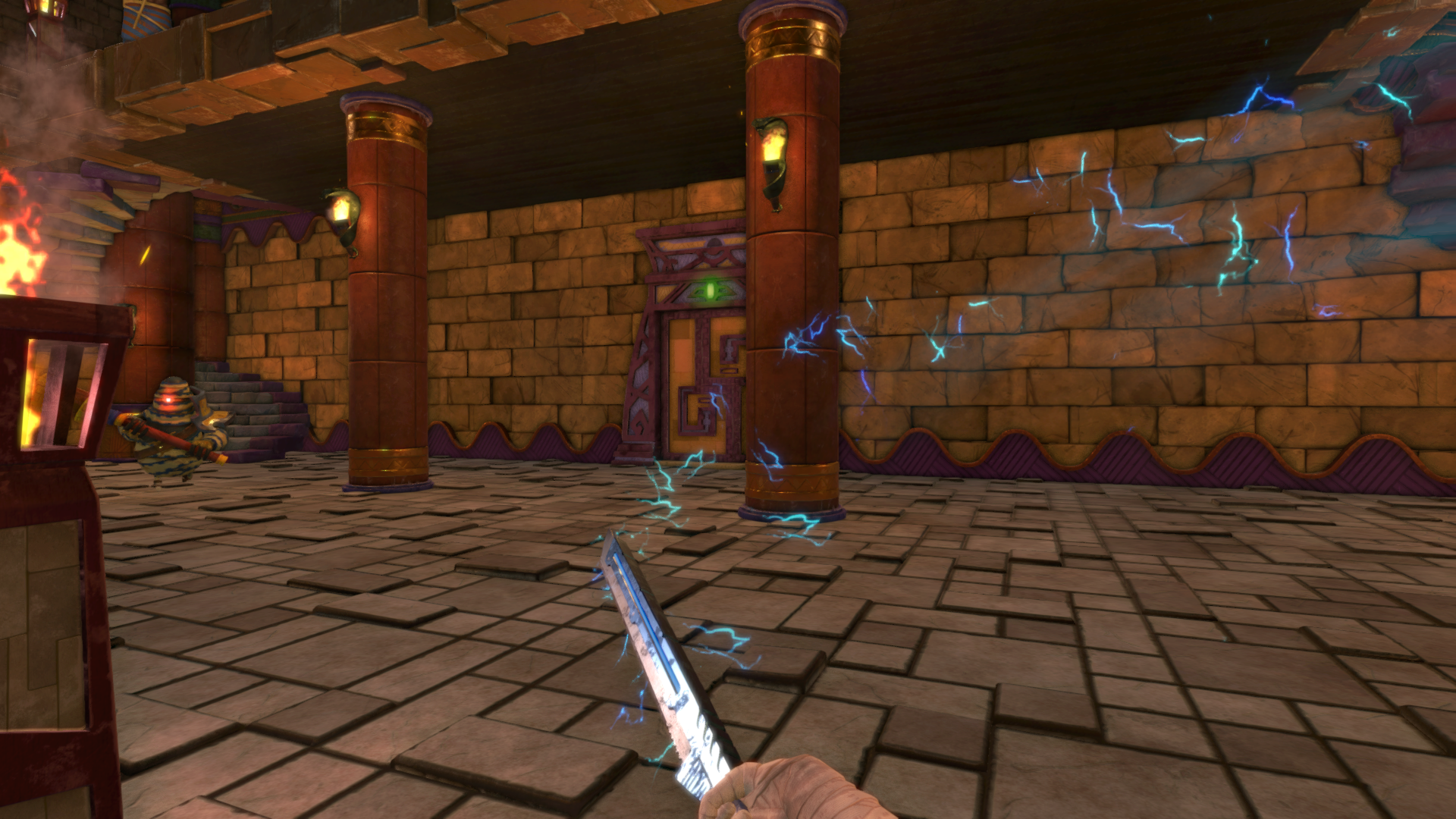 Oh, yes, we have menus! After all, this is a game! Games have menus and words and even some sentences!

With tons of different options for you character, abilities to develop and weapons to improve, we had to create a cool and clear interface to make all this stuff work. These are some of the first ideas and concepts to implement. Programming is working hard on it, and we'll probably have the scrolls pop up that appears when you pick one up really soon. 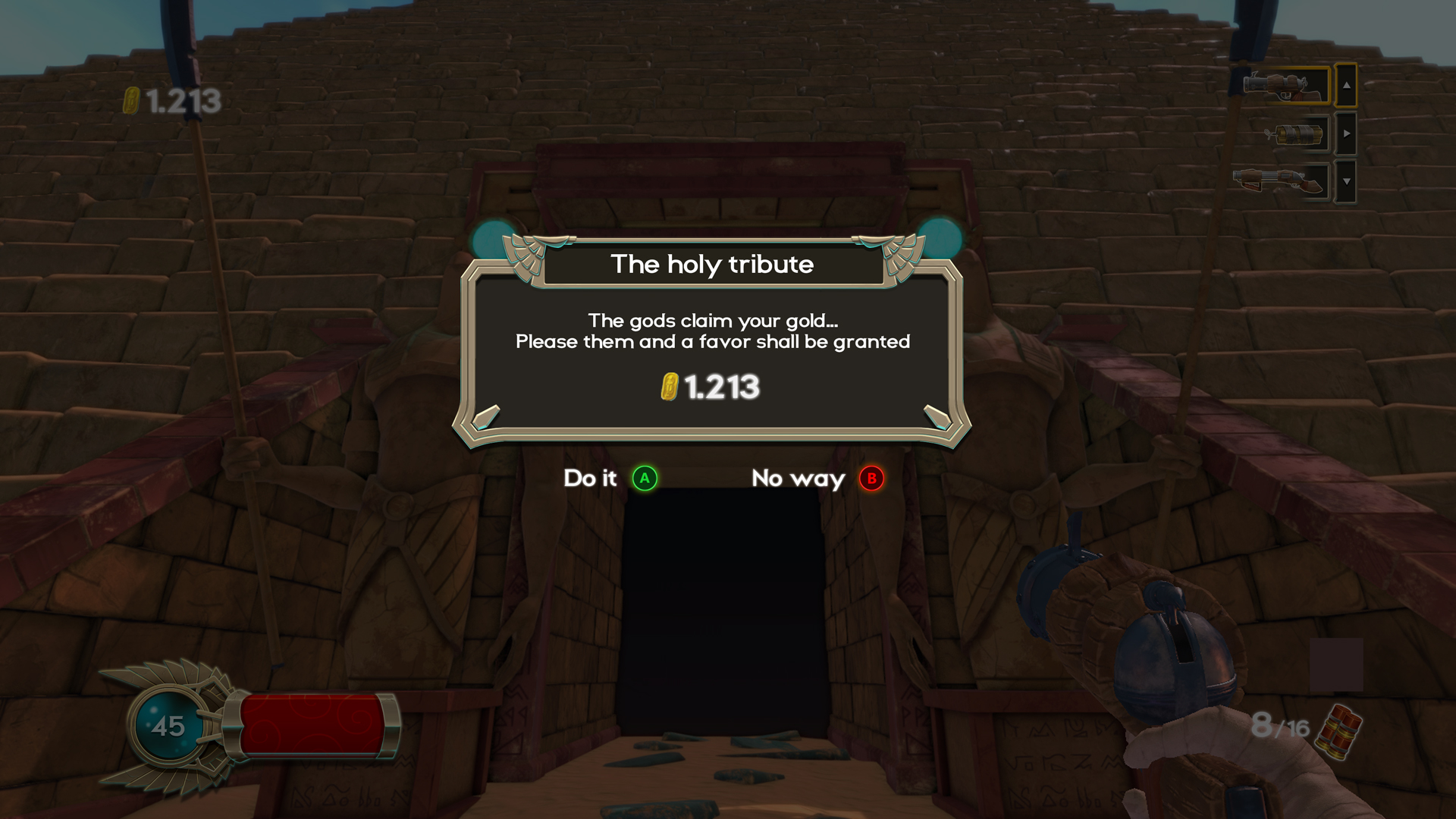 You must offer your gold to the gods in order to get into the pyramids. Greedy bastards...

Picking up a scroll: 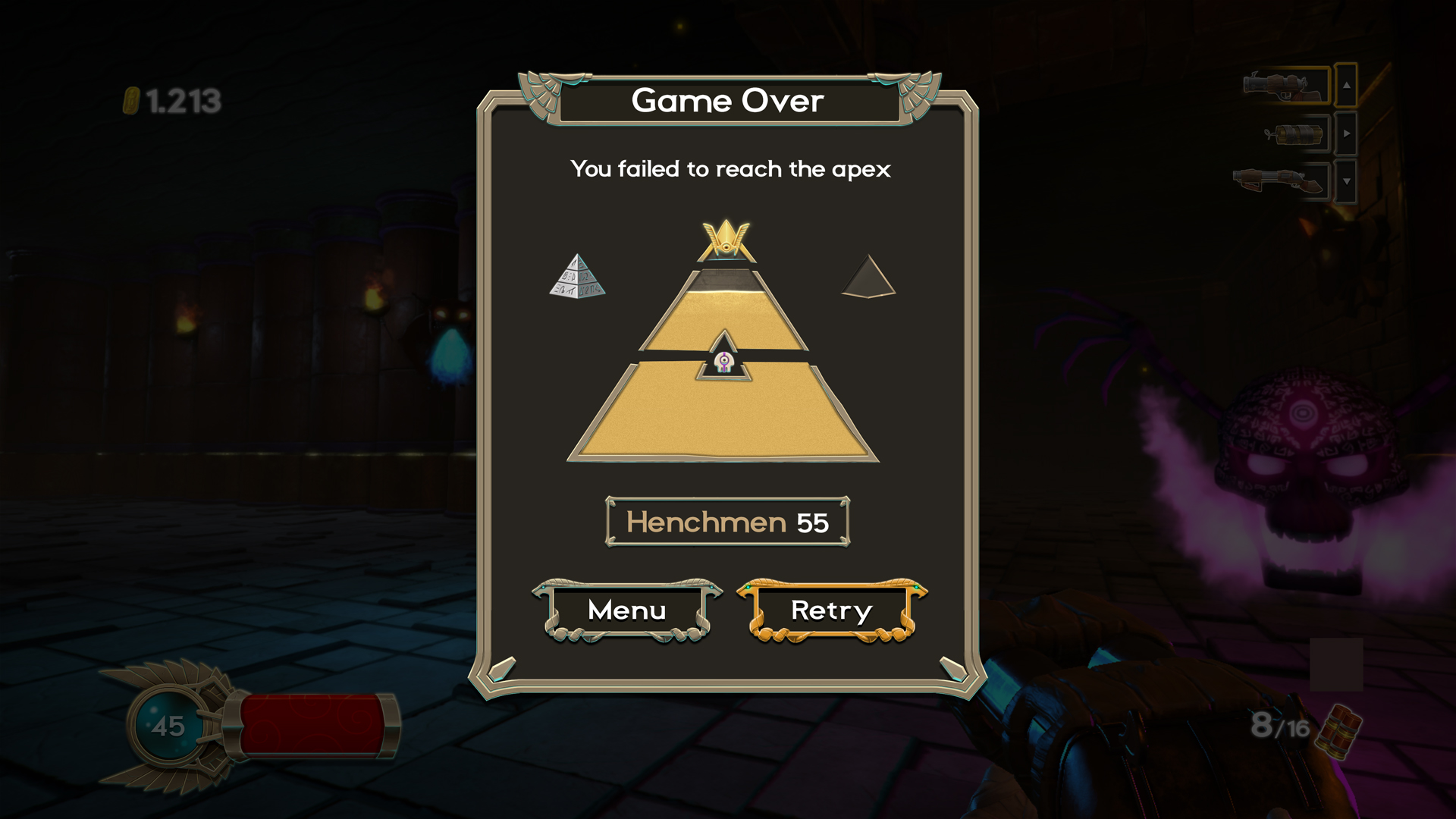 Start getting use to those words

We also have kind of finished the game's HUD, as you can assume videos.

And that's all for now. We don't want to ruin the surprises of future devlogs, so we are holding some of the stuff we have. You'll have to wait a little more until I can write thoroughly about all this stuff. No reason to worry: I'll be back next week with something new to show.

There's plenty things we want to put into our game and we are always improving our approach to new creatures, weapons and the scenery, so we want your feedback. Please, reach us on Twitter and Facebook and tell us what you think about Immortal Redneck and how you think we can make it (even) better!

Great progress! Btw have you guys considered some kind of layer behind the ammunition's HUD, on your video of 'sand walking' the white font kinda 'blends in' to the sand, making it hard to keep track of the ammo left/current mag state

Maybe some kind of extra layer thats just 50% in opacity, that'll help making the white text stand out a bit more in situations like these

Awesome! I love the concept art. It looks great :D

Love it! *throws money at screen*