In which the sunlight shader sees further work; parts of the prologue's perimeter are updated in response to the shader-work; the barrow's surrounding forest is updated to fit the new aesthetics; inventory items likewise see aesthetic reworking; the sky is touched-up; and the removal of old shader-code produces a tricky--but solved!--problem.

This week's screenshot shows further work on the game's aesthetics: 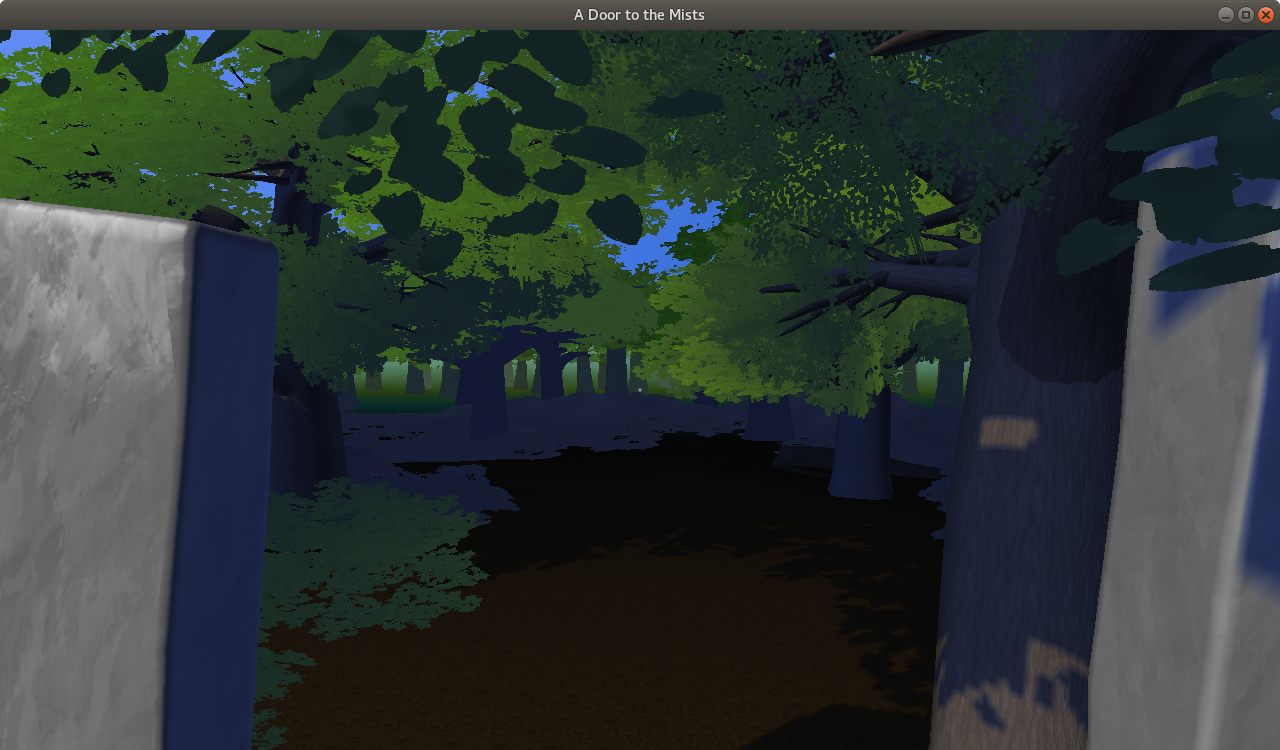 Once again, I have a few such images to show, and so I'll scatter them throughout this post!

The week just past was pretty much entirely given to aesthetic work, or things related to it:

To start with, the sunlight shaders continued to see experimentation and alteration in the week just past.

While I haven't found any sweeping changes that I felt worked for the game, I do think that the overall look has improved. Perhaps most especially, I think that I've improved the shader's handling of "shiny" objects.

You can see some of that here: 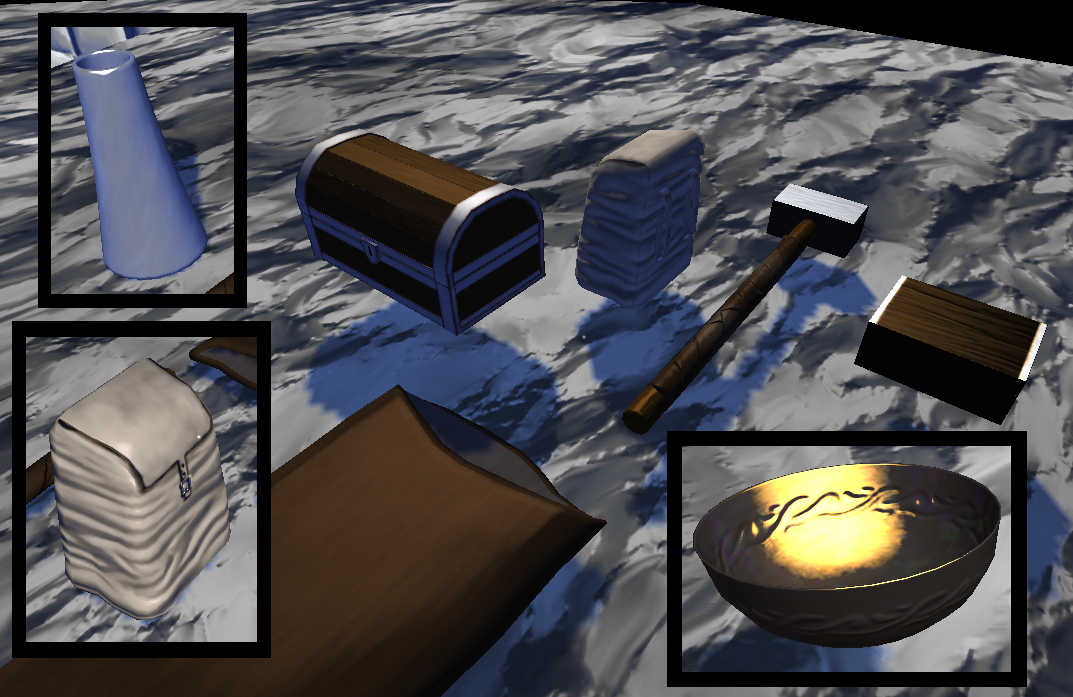 The changes to the rendering of "shininess" did have one unforeseen effect: all of a sudden, the prologue's surrounding wall and hanging vines were far too shiny! Indeed, they looked quite metallic!

So I quickly reduced their shininess, returning them to a more fitting appearance. And while I was at it, I ran a quick filter over the wall's normal-map, improving its quality a little I think. 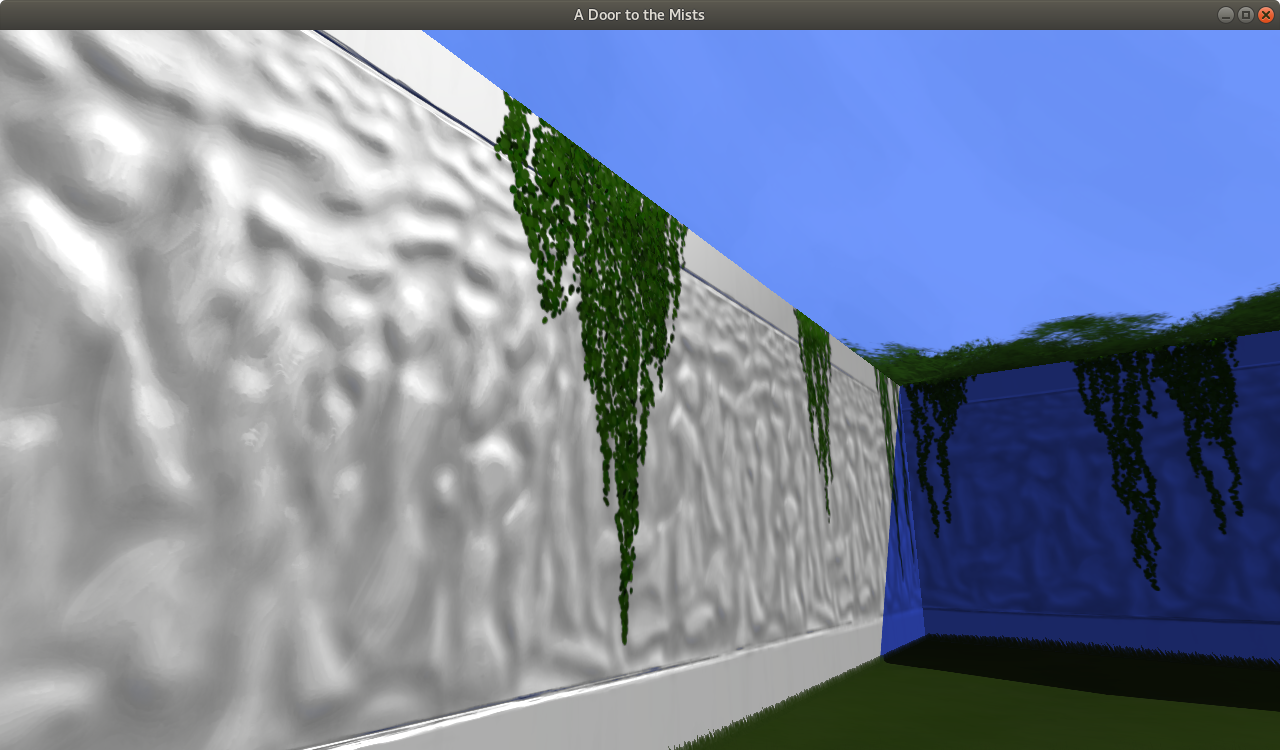 As shown in the first screenshot above, these aesthetic changes have moved beyond just the main sunlight shader: I've done some work on the look of the surrounding forest in the barrow-level, updating both shaders and vertex-colouring to better match the new appearance of the game.

This is perhaps still a work-in-progress--in particular, I'm not quite happy with the undergrowth. That said, I do think that I like the overall look of it thus far!

Similarly, I made changes to the appearance of inventory items, which were looking somewhat poor beside the recent changes, I fear. Once again, I'm particularly happy with the reworked appearance of shiny objects: 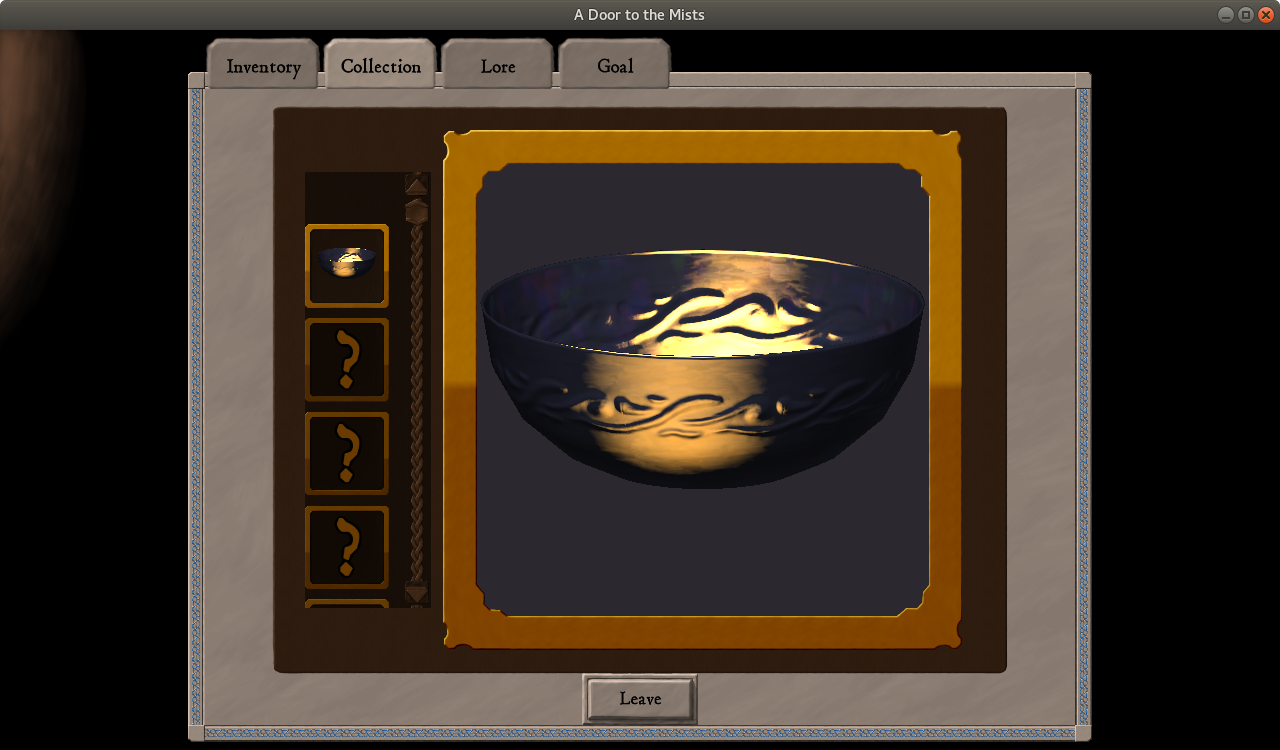 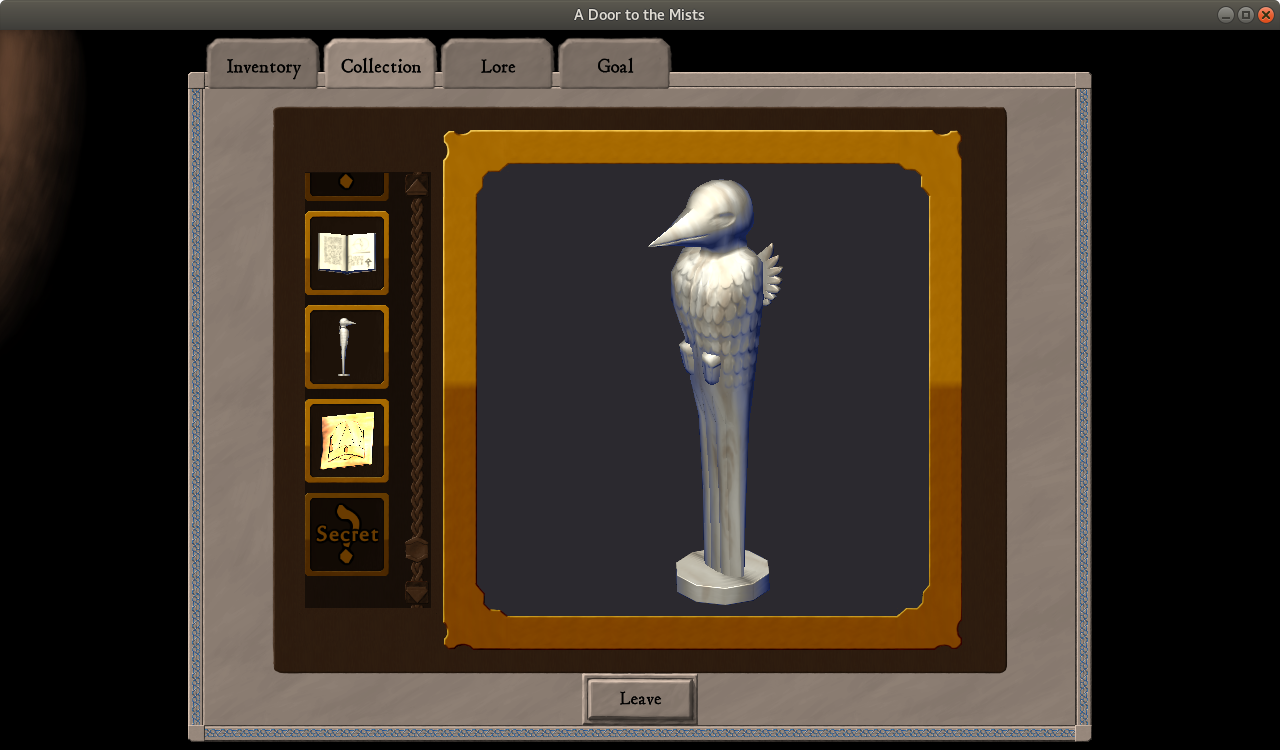 Even the sky saw a bit of an update in the week just past! Its previous texture looked, I think, a little streaky; now I hope that it has a nicely-painterly "blobby" look to it, albeit with a few issues that I may yet try to remedy.

Now, one experiment that I tried in previous weeks involved the use of a 3D "colour-variation texture", in an attempt to make distant objects look a little more painterly. It didn't work out in the end, but the code had remained in the player-light shader through subsequent changes.

In the week just past I decided to finally remove that code.

The intensity of the the "colour-variation" texture was rather low; indeed, it was barely--if at all--visible in-game. So the code should be quick and easy to remove, with no real impact on the look of the game, right?

As it turned out... removing the code itself was easy enough. But I found that, somehow, this left the player-light's rendering looked a little more dull than it had before. This wasn't good.

I looked over the removed code, and it really didn't seem like it should have so great an effect. I tried to replicate some of what it was doing (without the "colour-variation texture"), but it remained stubbornly dulled.

Then I thought to check the values of a certain variable that it used. (This I did by rendering said value into the green channel of the final shader-output.) And I discovered that, somehow, it was producing values outside of what I expected. This was causing the calculation that applied the "colour-variation" to behave unexpectedly--in ways not much related to the "colour-variation texture"--and impacting the final output of the shader.

With that knowledge I managed to replicate much of the effect, but without the texture or the (slightly-complex) variable. It is now a little brighter close to the viewer, but I have yet to decide whether or not that's a problem.

And along the way I made a variety of other changes that don't seem worth detailing!