Notice: We respect the desire of the IndieDB community to get familiar with the new projects within IndieDB, so we decided to publish regularly (every 2 days) previously released reports on our IndieDB page, until we catch up with the current ones. By the way, you can read all the reports on our website.
Reign of Guilds roadmap - combines all development reports at one place.
And here's our Weekly report #10 (originally released 11/16/18)​

First anniversary report is on the air!

Hello everyone and straight to the point.

Last time we showed ladders not only tightly fixed in the open world but also moveable ladders that the players could place against the wall of a besieged castle.

Today we are going to talk about siege towers and hedgehogs.

Siege towers are made by the armourers as the other siege weapons.

Siege towers will have a few levels. Its size and durability will depend on the levels. At the moment the concept provides a separate controller to move a siege tower, it works like this:

Thus, the controlling of the siege tower is kind of a mini-game where only coordinated movements of fantastic four can deliver the tower to the destination. The number of actions and restrictions are deliberately reduced. It should be taken into consideration that this characters should be protected and healed.

That’s how the towers of first tier look like: 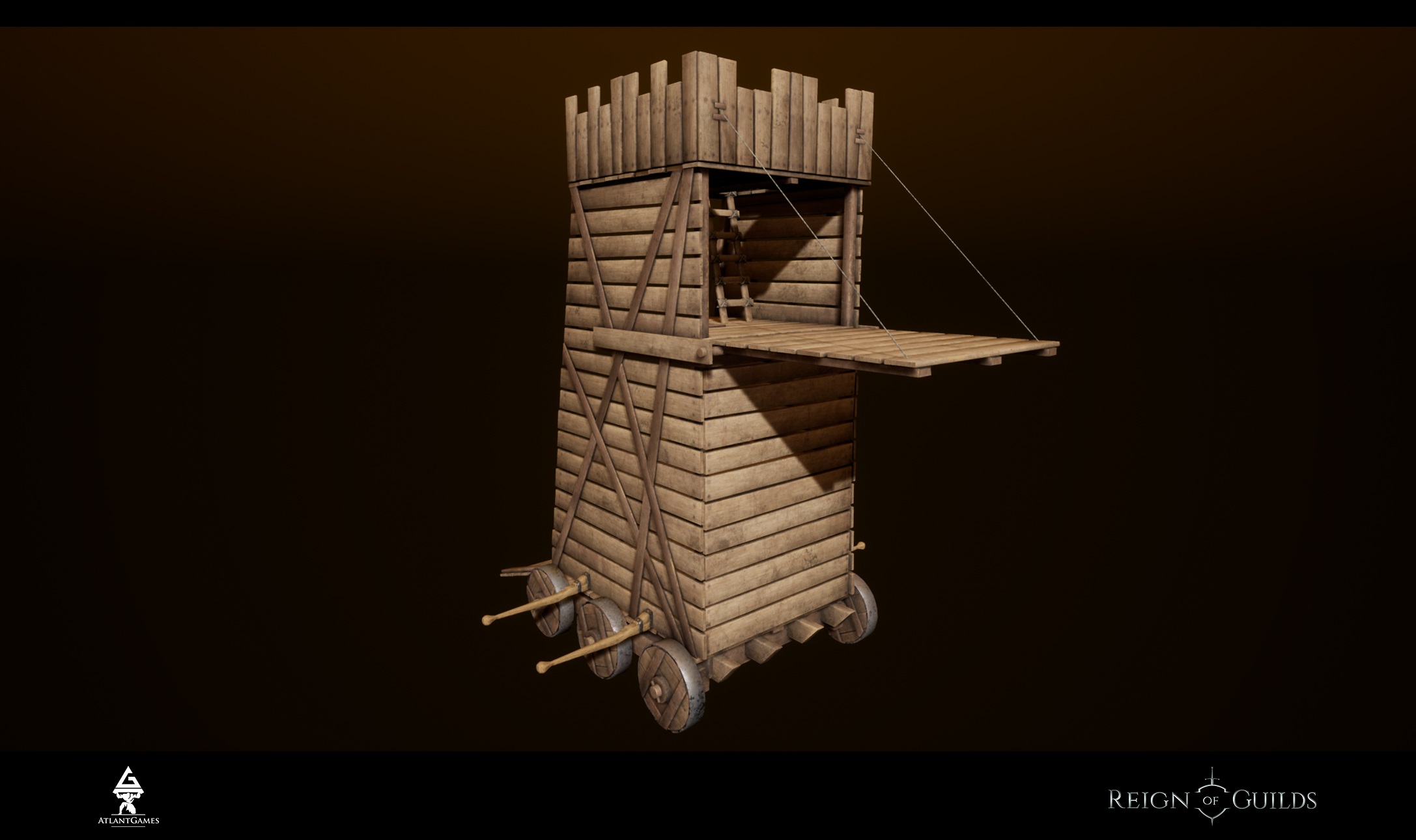 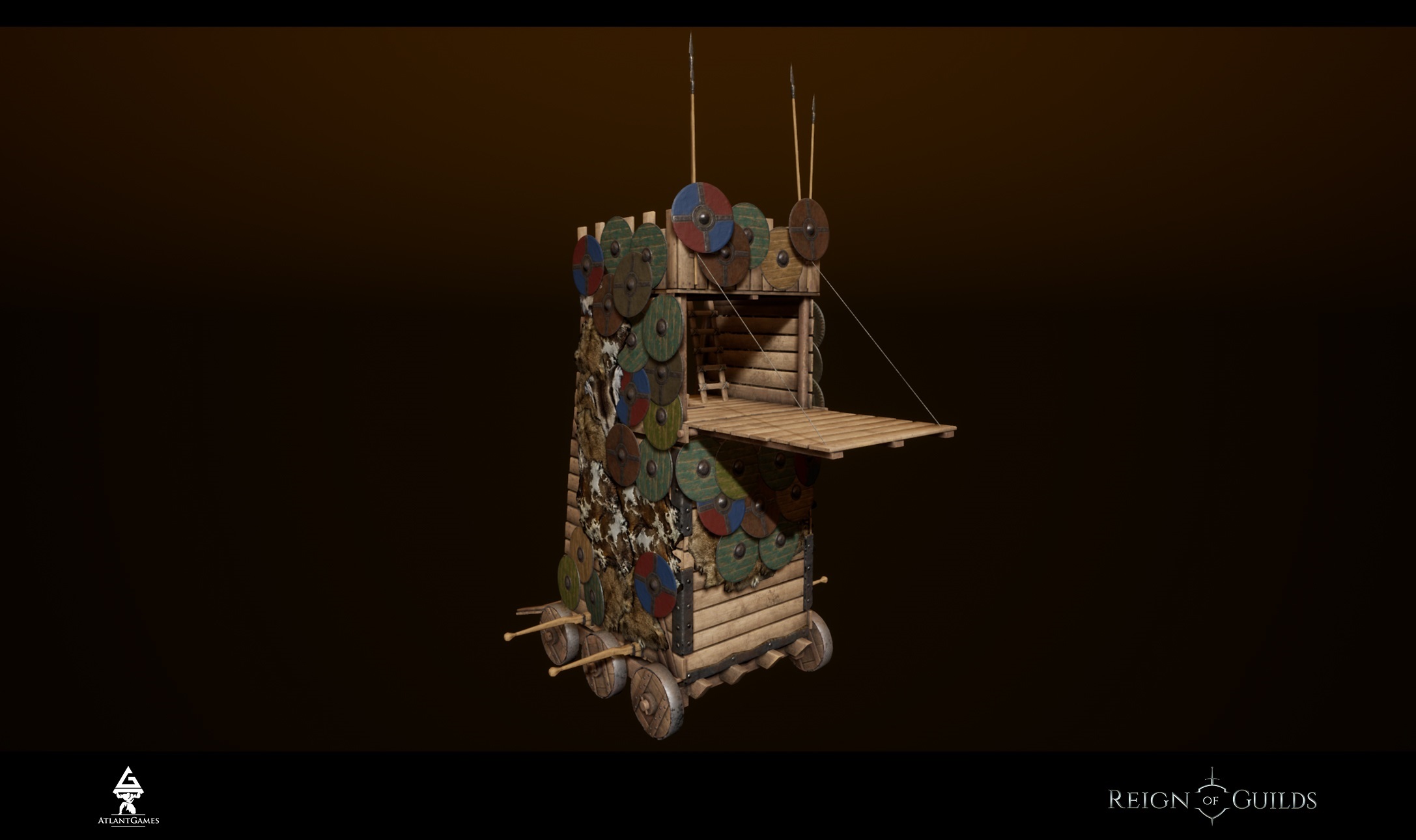 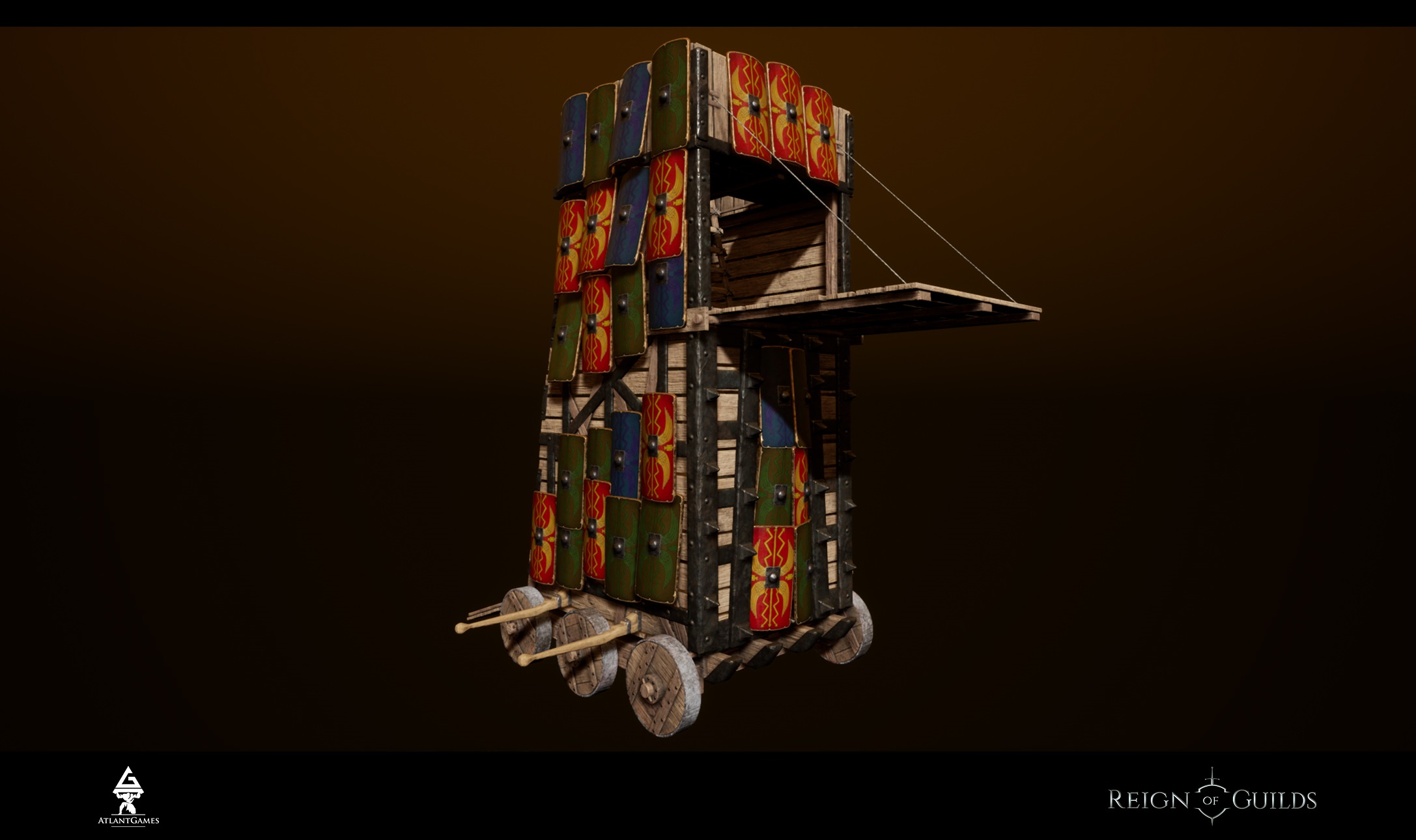 Here’s the variant of the same towers but of dark wood: 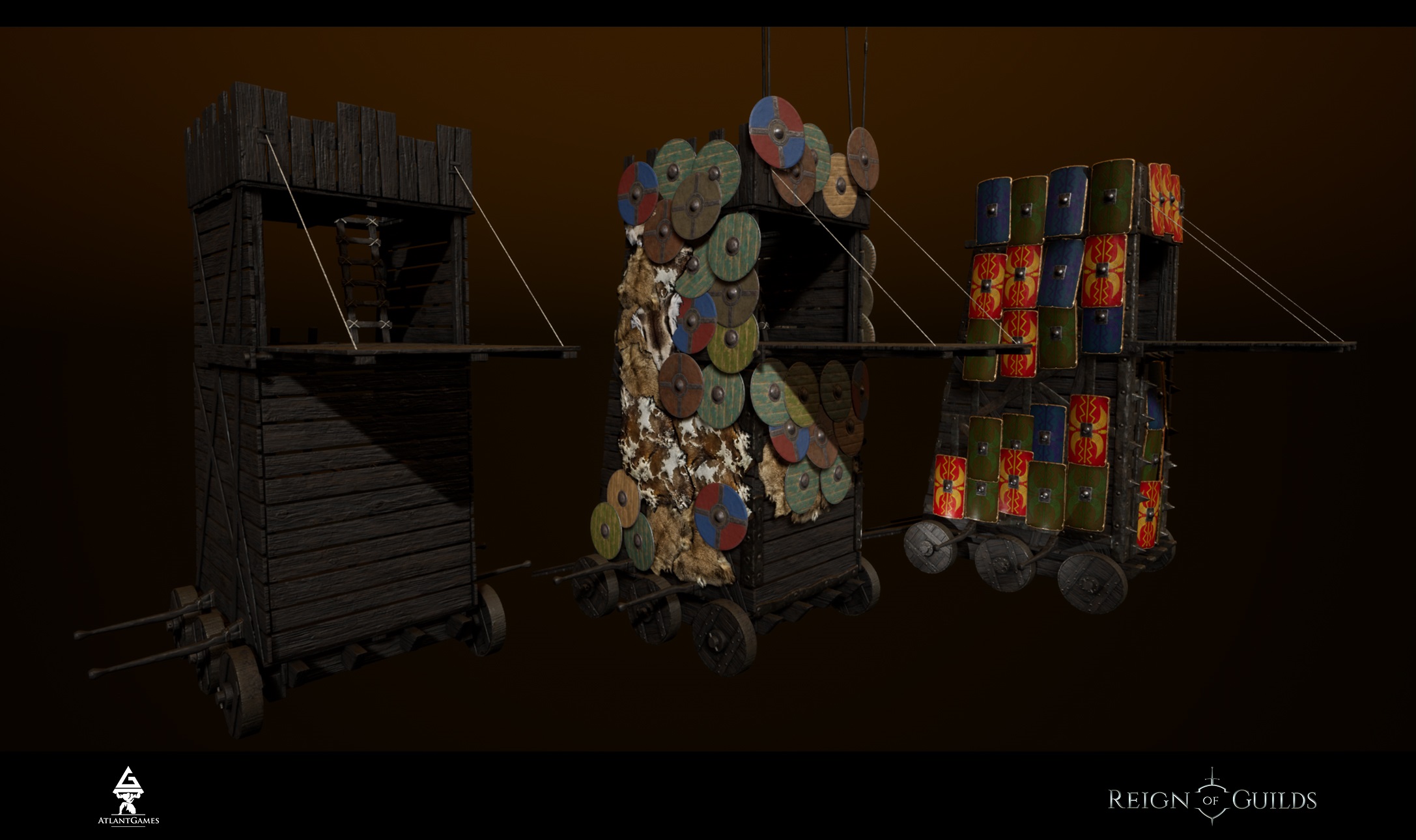 The characteristics of towers don’t depend on skins. It isn’t changed. 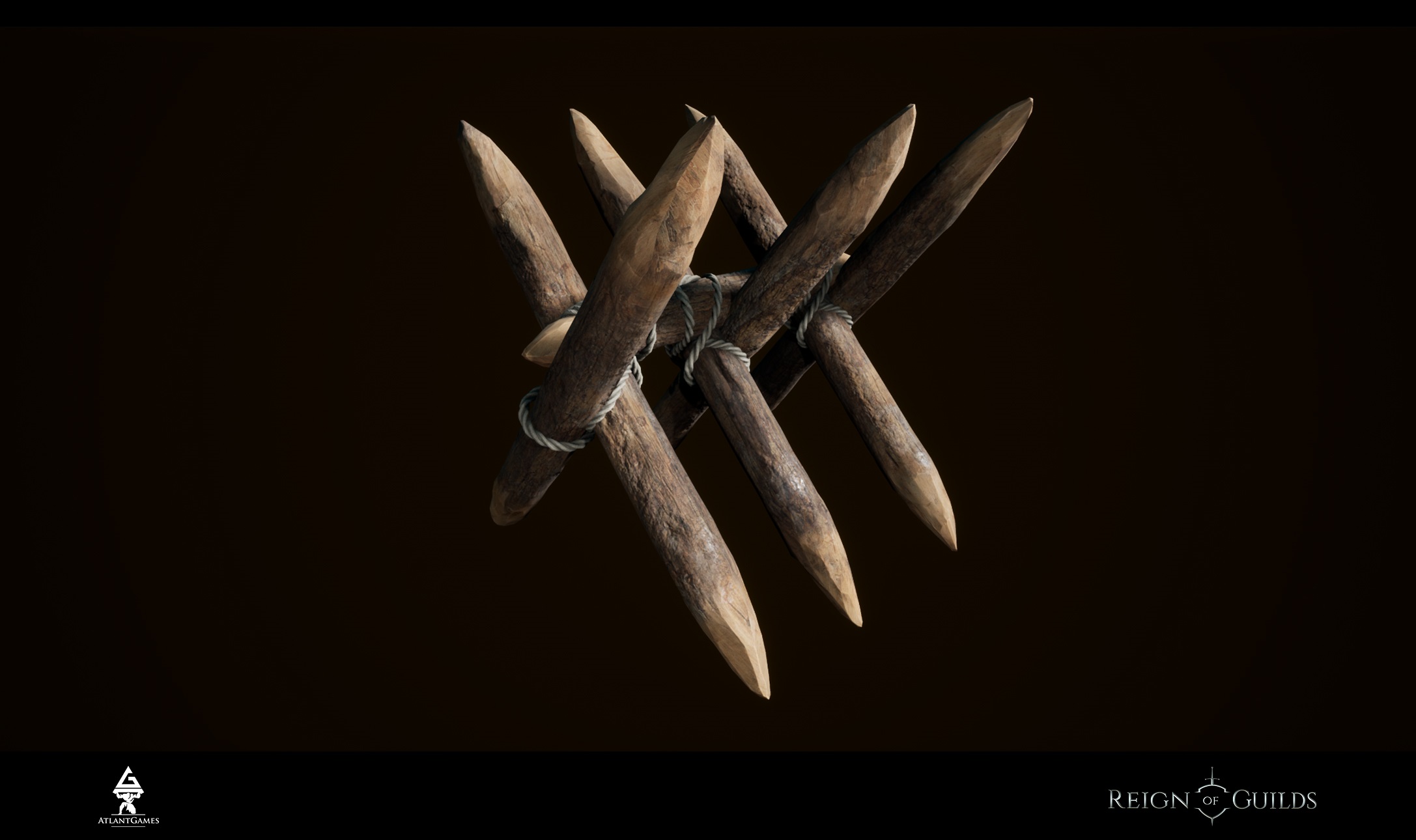 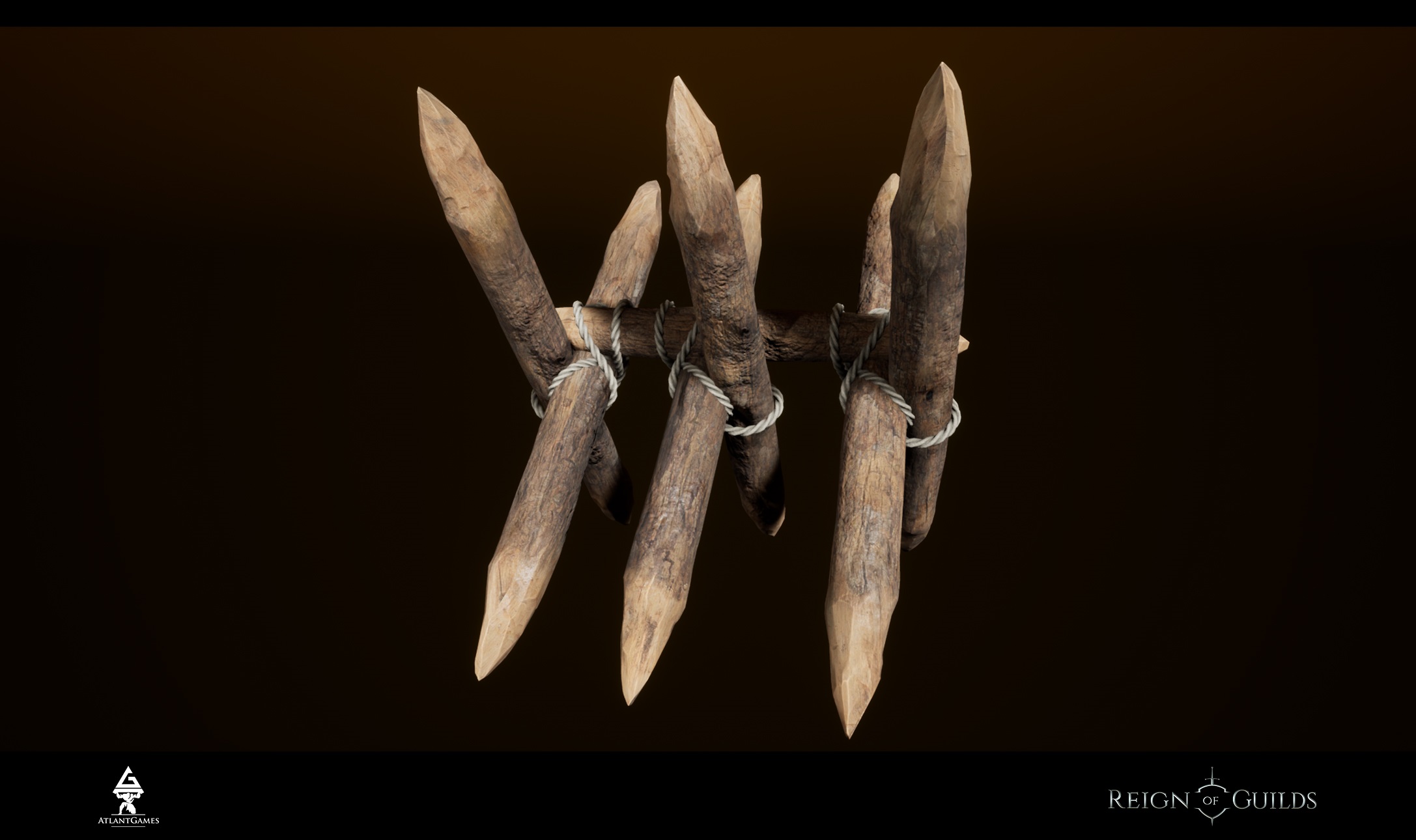 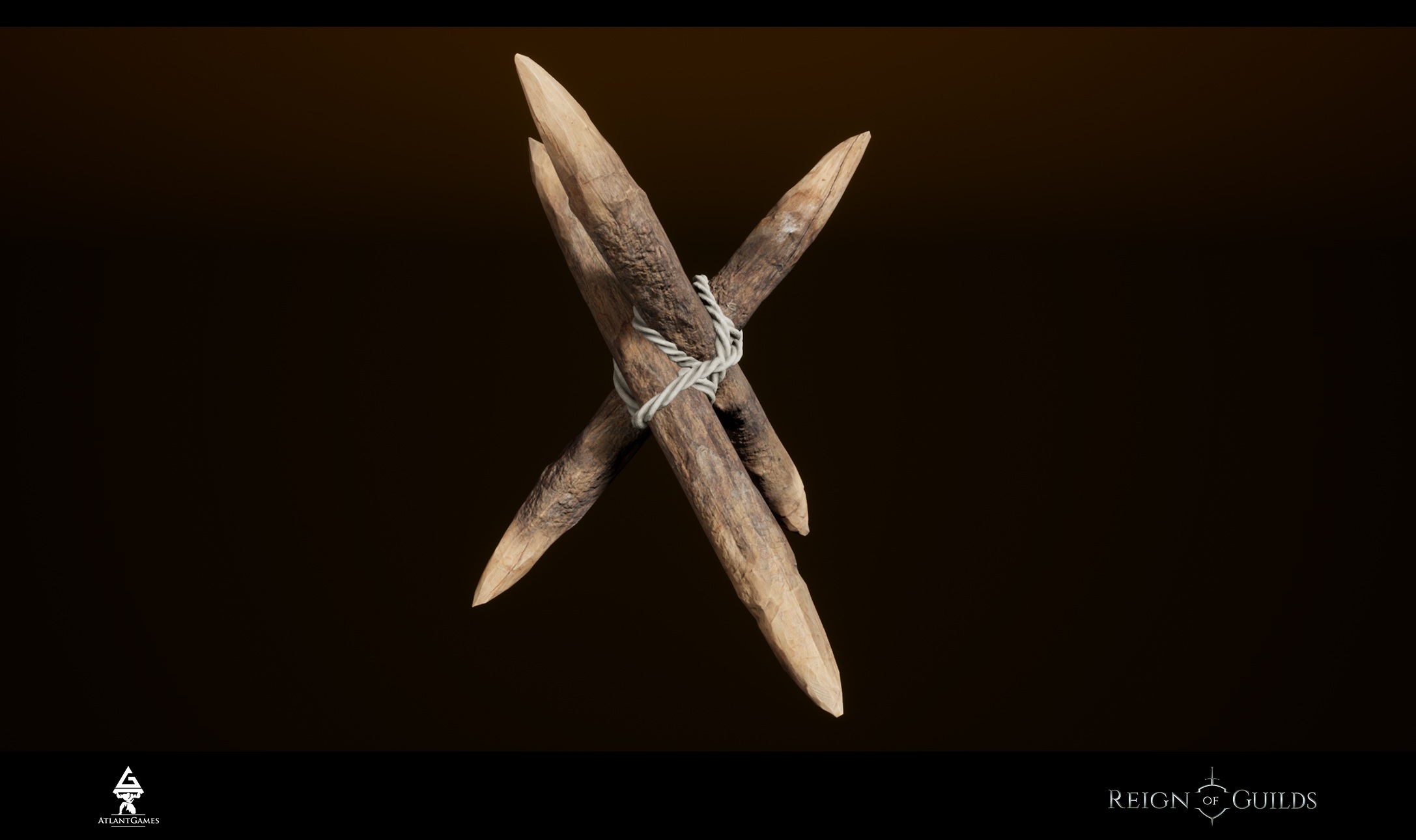 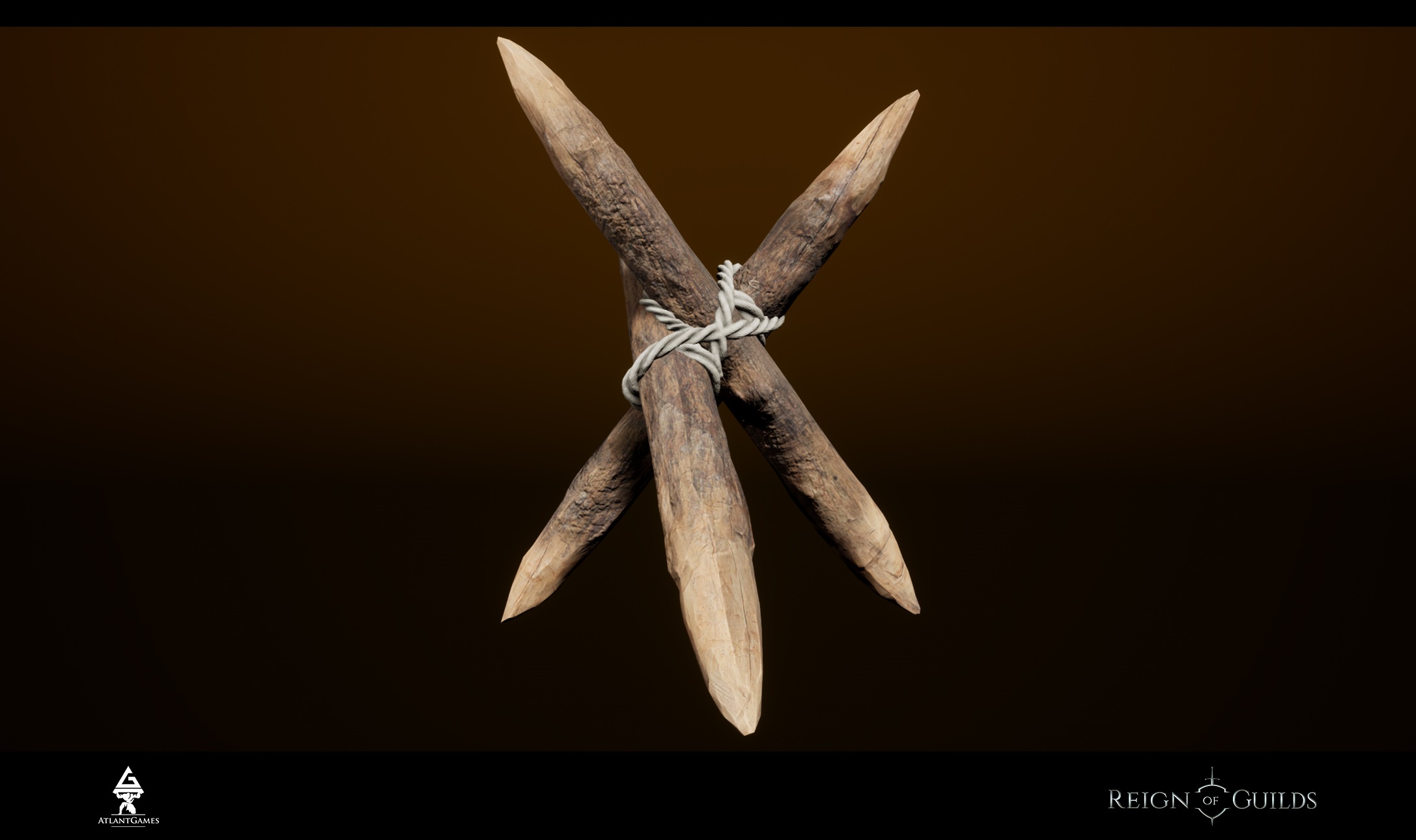 As ladders, there will be 2 types of them:

We had one important unresolved issue - after creating siege weapons by armorer we want to take it apart to parts. Every part will weight about 50-100 kg. All guild members will have to take this parts and pull it to the castle. Then the armorer should build it again using finished parts. Building or taking apart is possible only if the guild is renting the closest store for the armorer.

Another variant - armorer creates a draught in his workshop. Following it he can build the siege weapons next to a castle. In this case, guild members will have to get resources instead of parts.

And the third variant - is a casual decision, typical for the majority of games. The siege weapon is one item in the tools, appearing instantly after activation.

[Write your ideas in the comments]

Denis, our armour and clothes modeler, has the freedom of creation. That’s why we are often surprised with stylish decisions. 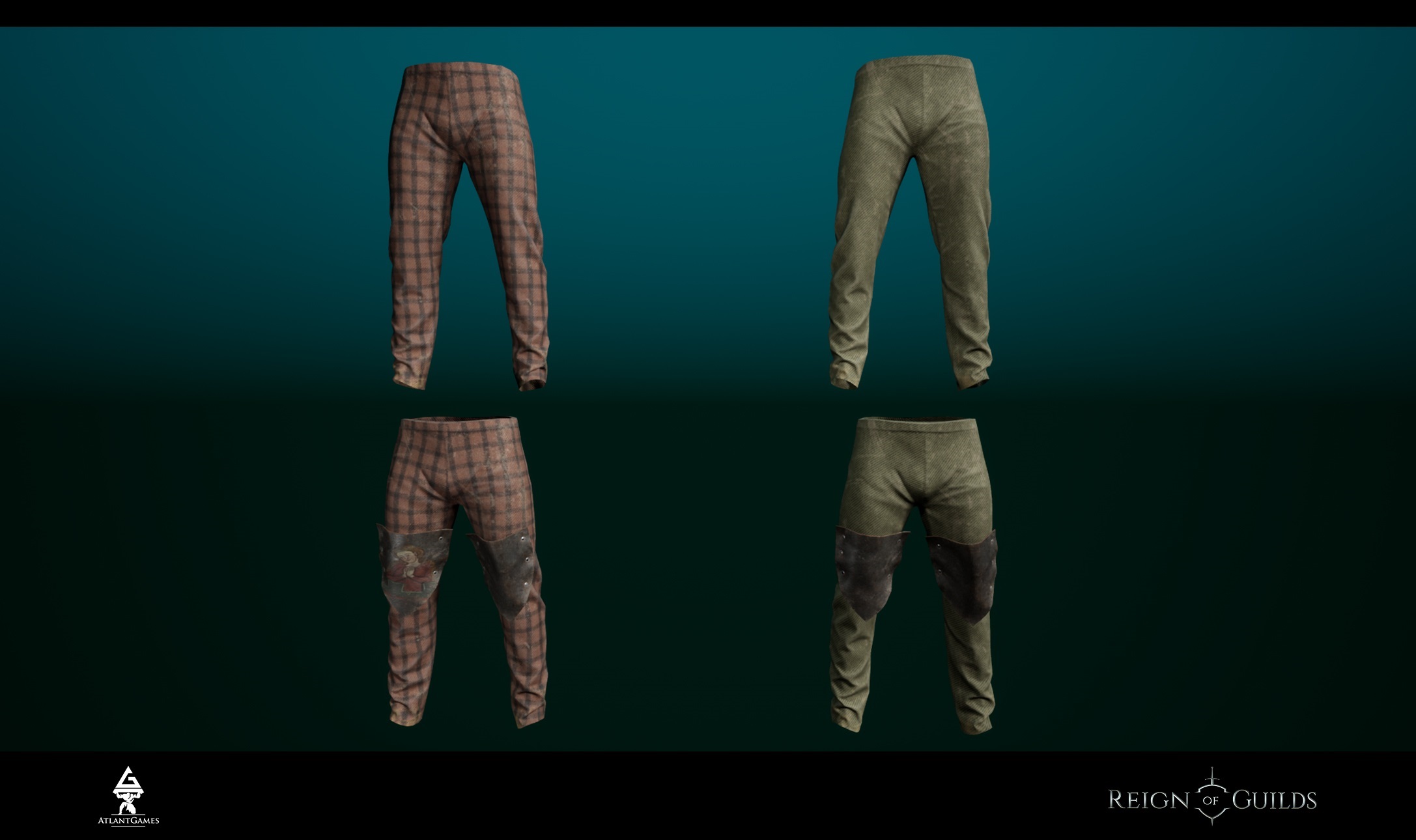 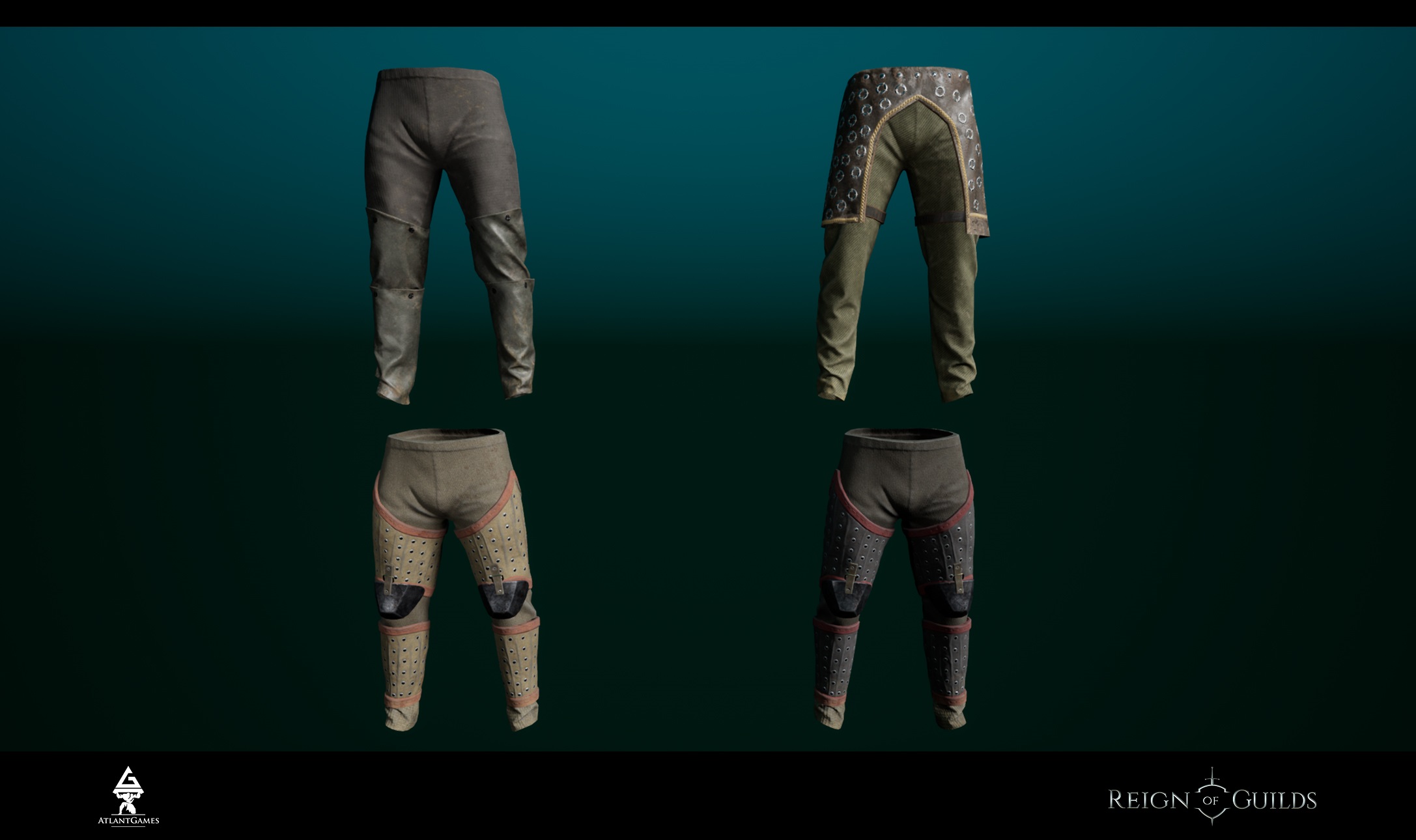 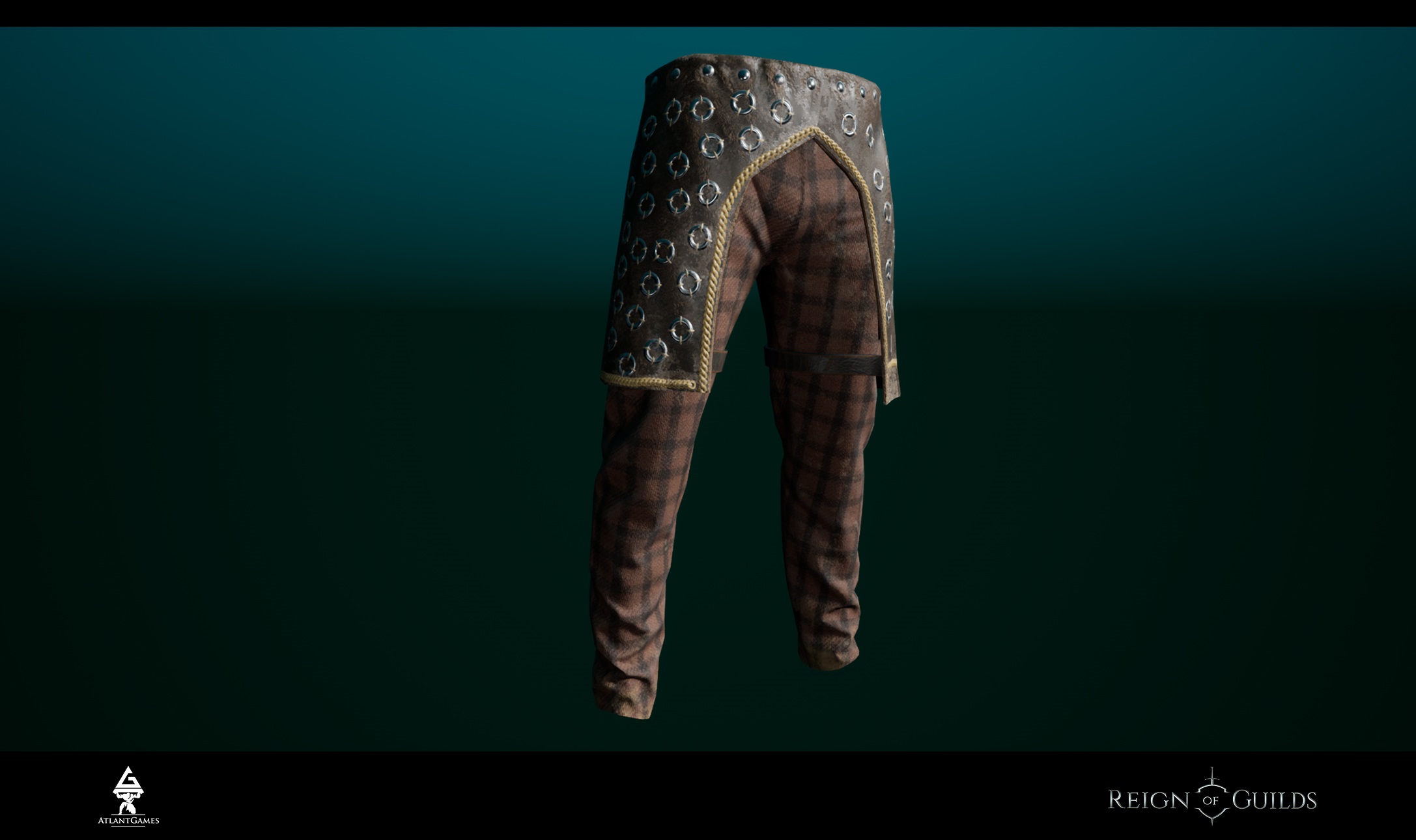 No comments, only contemplation. 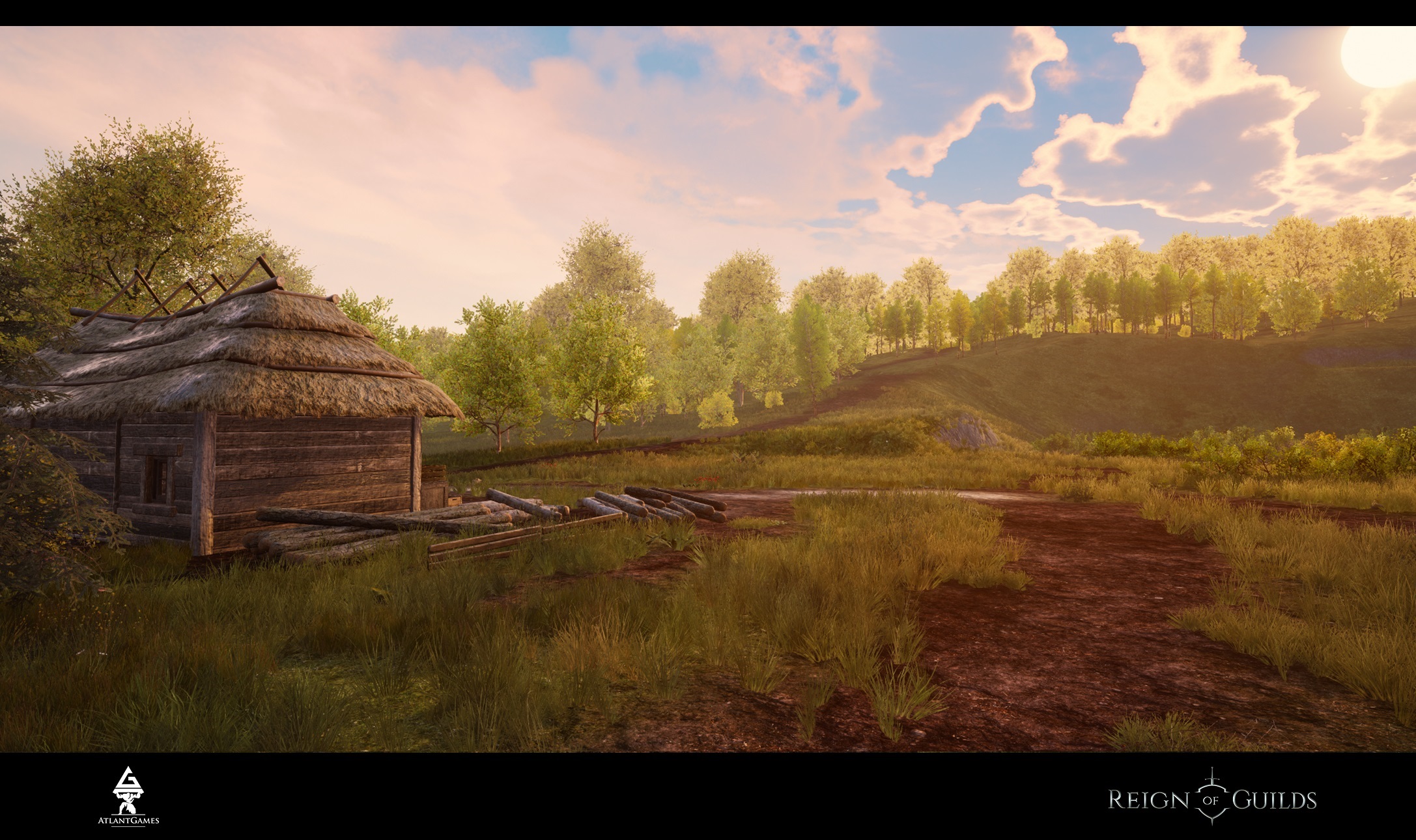 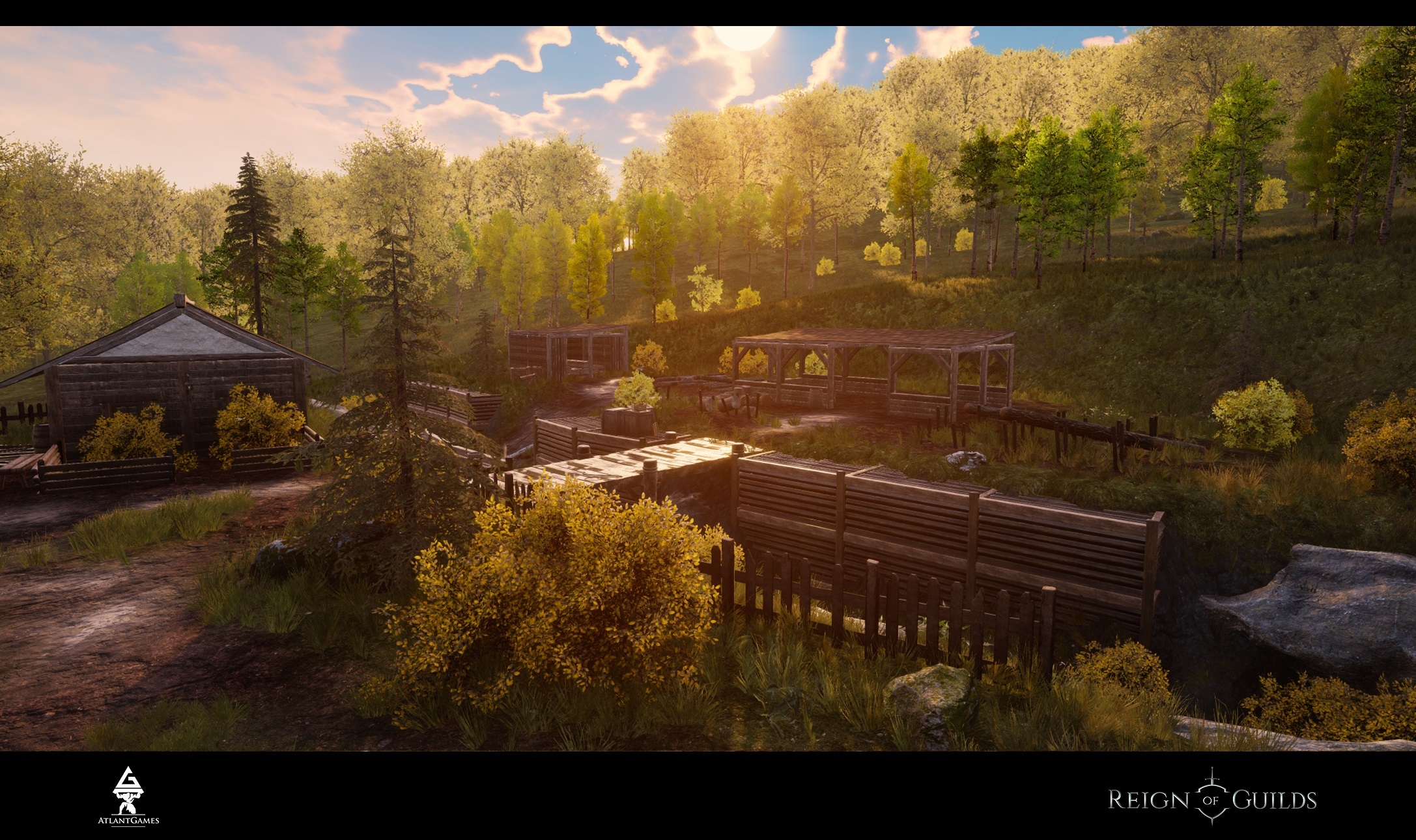 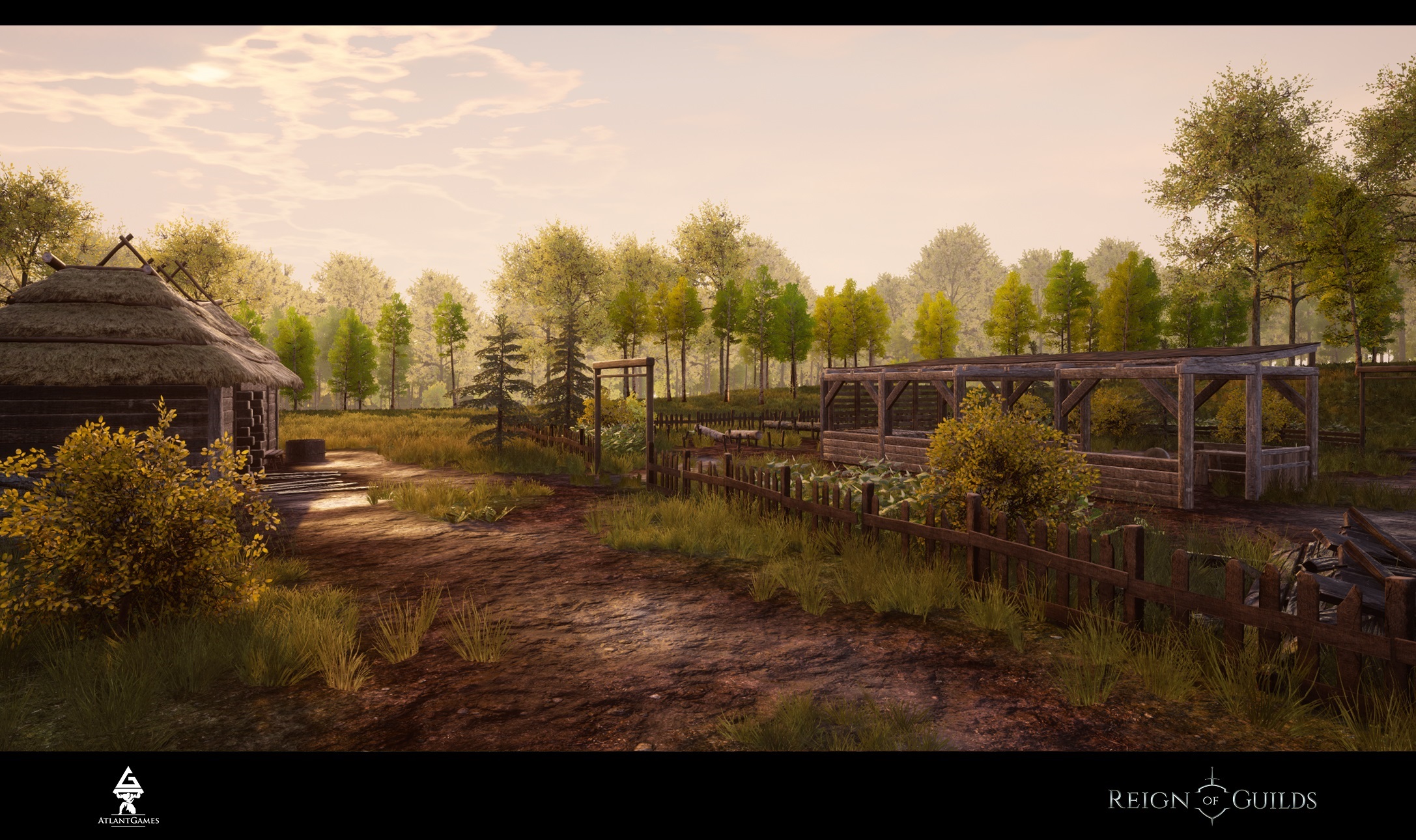 Attentive reader will obviously raise this question: why there is a yarrow on the cotton farm? Answer is very simple - we will approve all plant models later. That’s why the fields have many weeds. Difficulty lies in its optimization. Beautiful and realistic cotton “costs” for GPU as ¼ of a character. 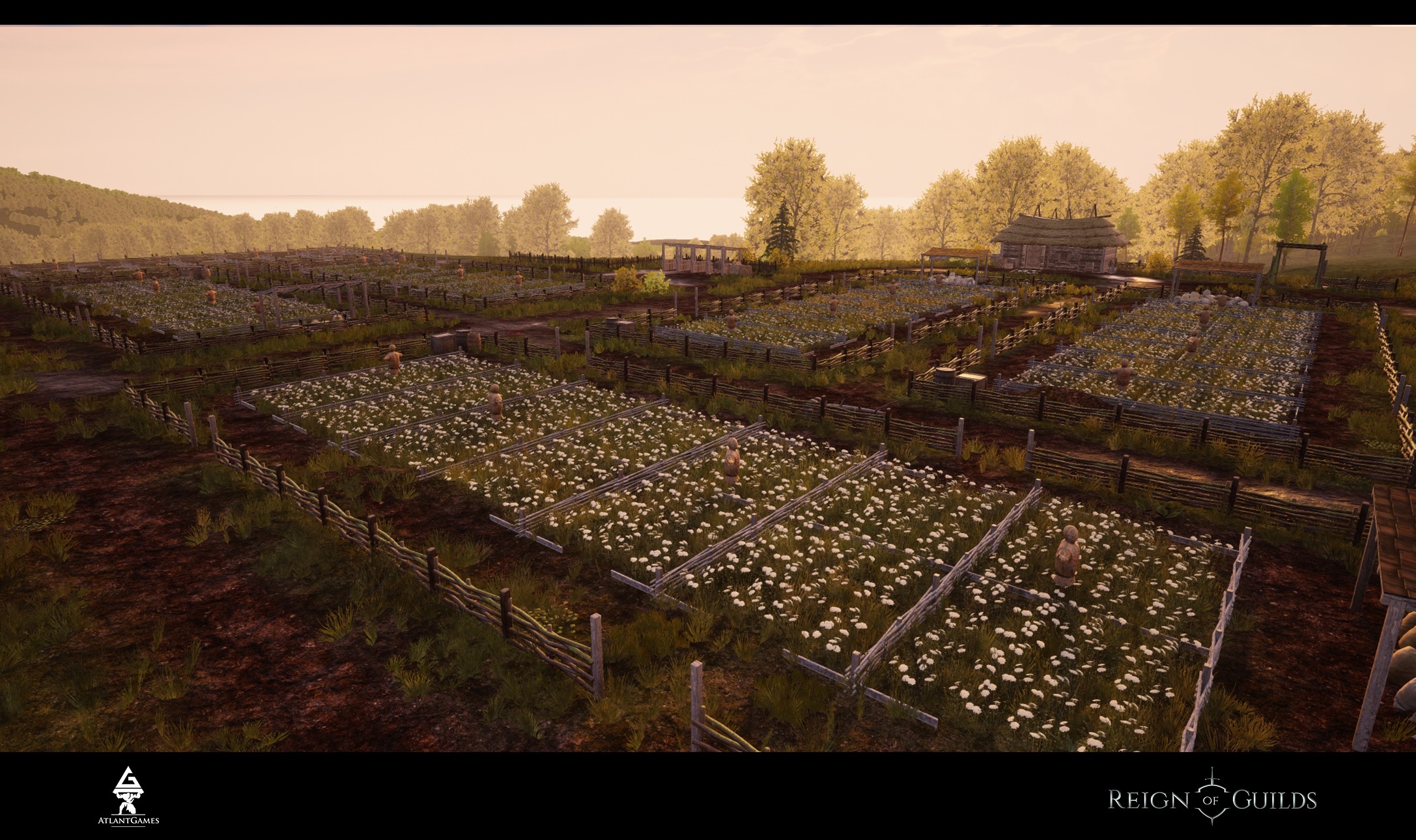 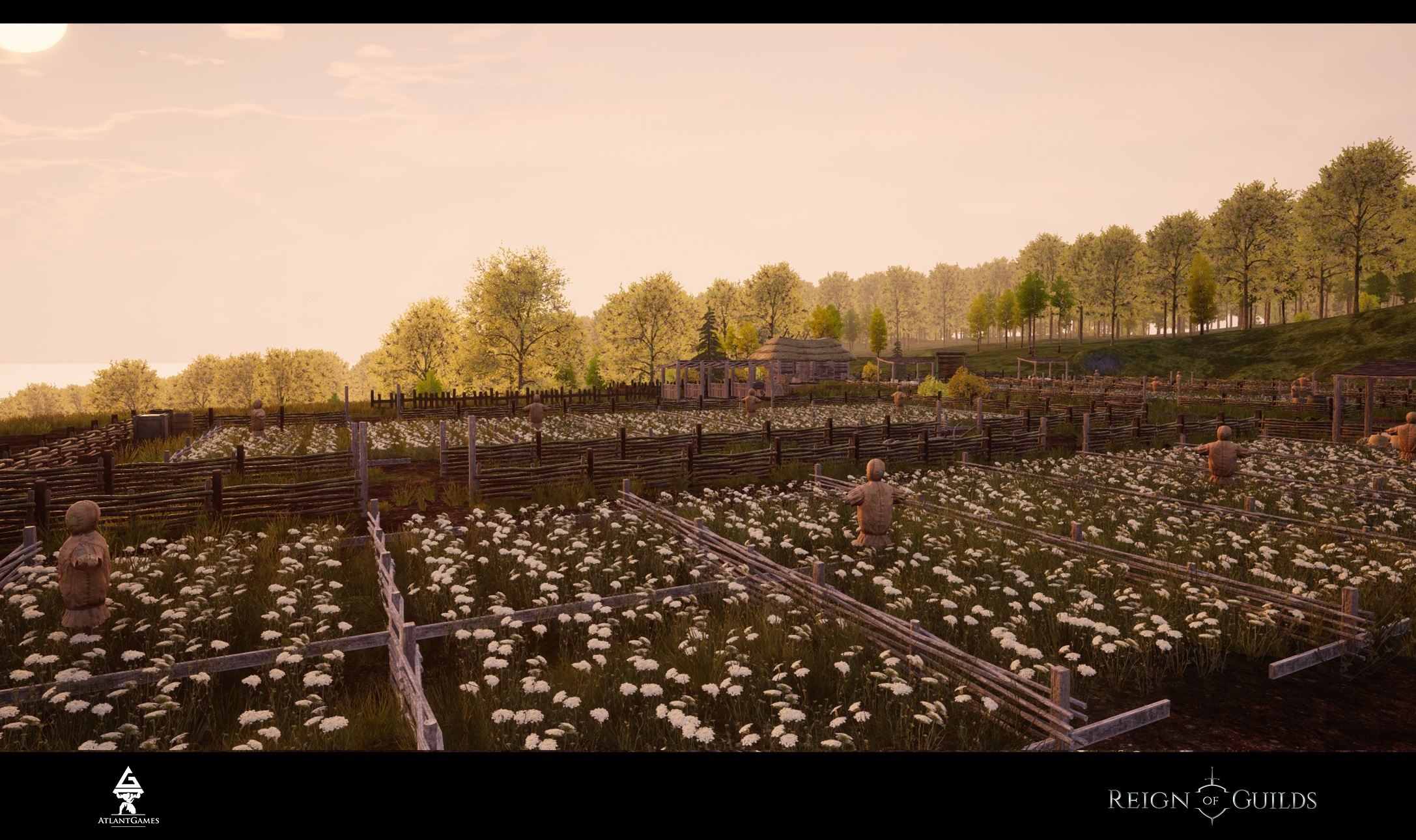 This VFX was created for the AOE healing magic.

At the moment we are thinking of giving one of this types of magic not only to druids but to other classes, requiring water (reducing ECE).

Firstly we want to talk about this magic.

From the start we had the aim to make an active (skillful) druid more useful than other druids that eats during game session.

Method was typical - to make a few different types of healing.

Standing in the thick of things let the druid use stronger AOE skills. The spatial orientation and keeping the group in front of the healer let the druid heal them with the cone.

We took care not only of those who had accounts on the forum but also of those who wanted to link another forum account to your game account.

Yours faithfully,
Reign of Guilds Team