More traffic on the streets, the campaign mode and bridges added.

This week I've finally gotten around to fixing up the traffic system. Before I had set the amount to 2 times the amount of buildings in the city with a max limit of 100. This usually looks ok when a city is small, but once the amount of roads increases, the streets would start looking quite empty. I've now changed this to assign 1-3 cars per building depending on the type of building. Running this amount of cars is quite taxing on the city though. So I went the Truman show route halting cars and returning them to their home position as soon as they are out of view. Once they can be seen again, they start moving. This gives an impression of city streets with plenty of traffic. 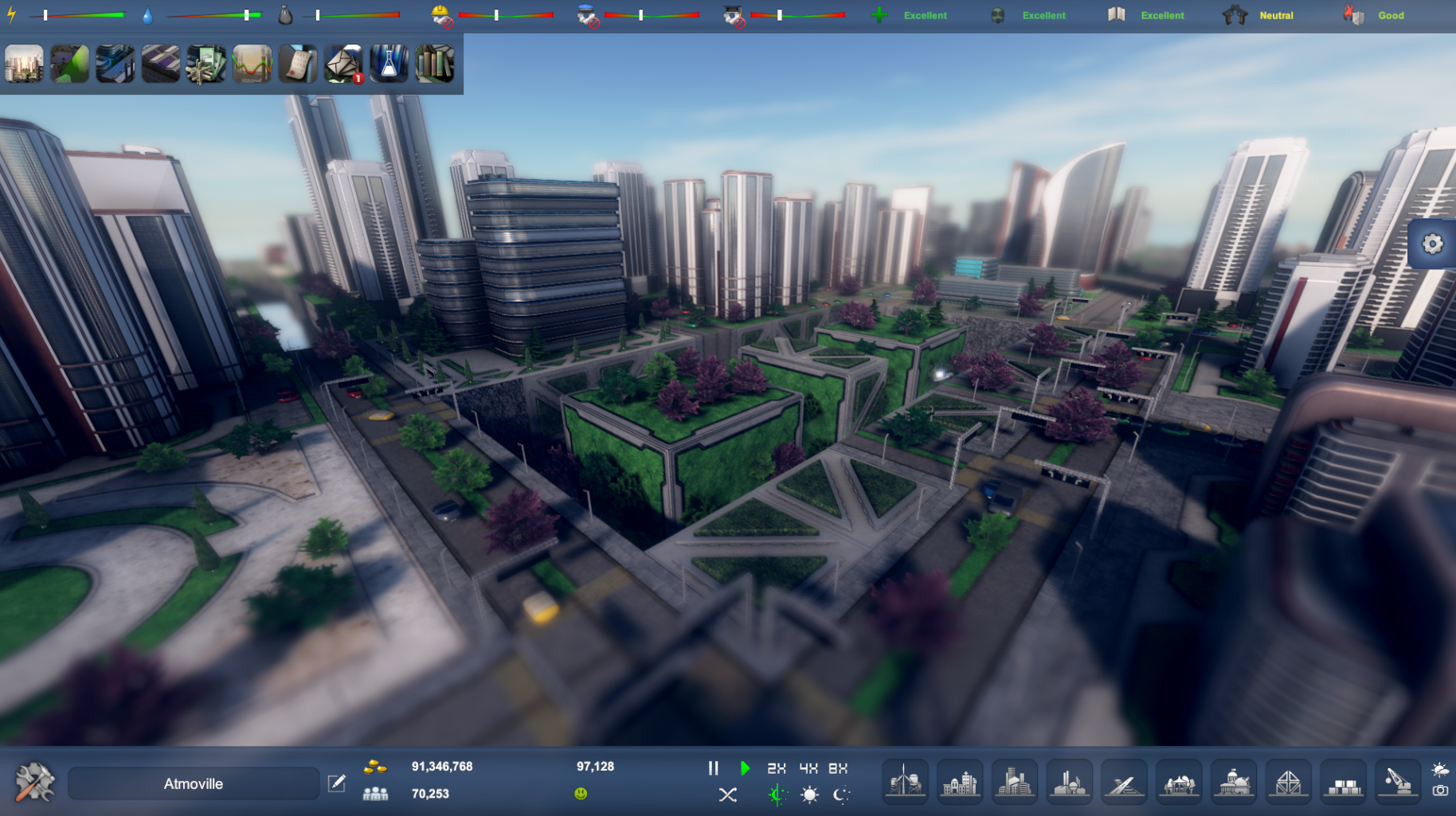 I've continued work on the campaign mode. All UI elements have now been implemented. There will be some further polish in the upcoming week and another round of overall UI polish later on. 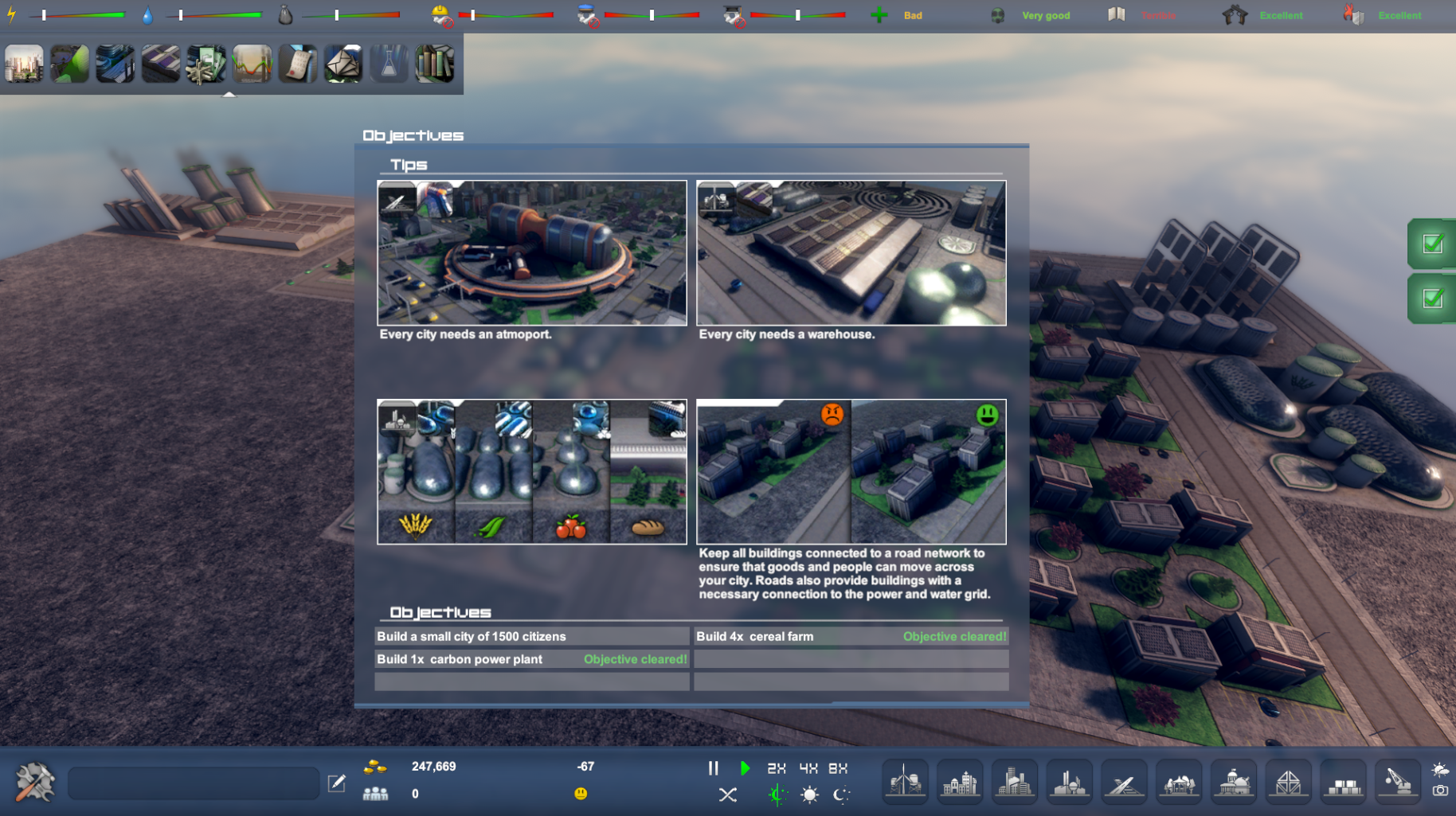 I've done more work on trains, ensuring that they can only travel between stations, and making sure they update their position sets once a change is made in to the vactrain system.

Atmo fleets are still not quite finished, but they are getting there. The movement is currently a bit strict looking, but I should get this to look better in the upcoming week. I hope to have a well fuctioning system up and running next week so that I can have some images and gifs.

I've now also implemented bridges. Currently only a plain bridge has been implemented, I intend to add more later on (after EA-release). 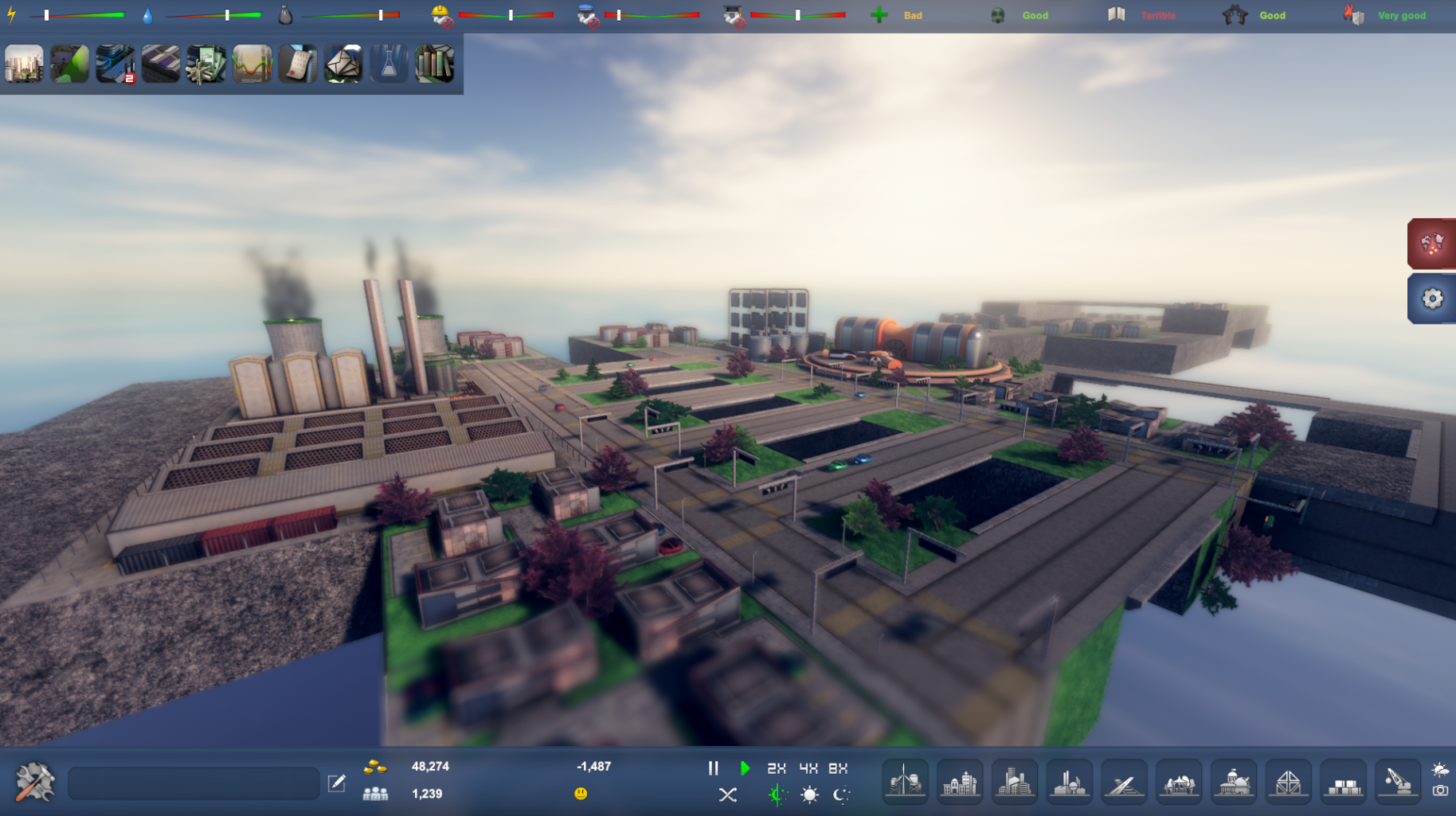 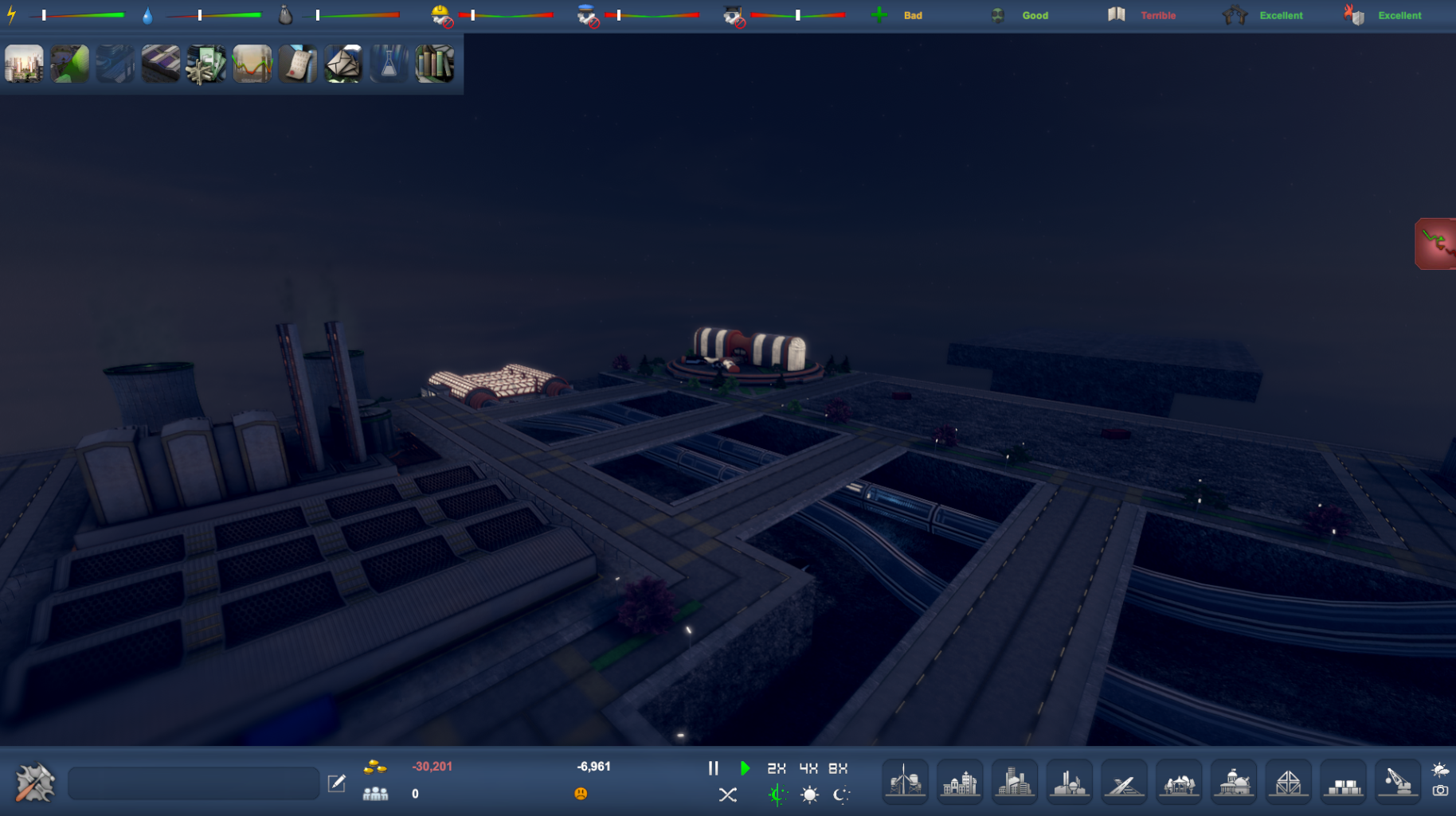 Bridges allow players to tuck vactrain system away a bit. My intention is to add more functions like this as I keep developing the game.

The last remaining feature, the retro/"land" mode is currently also underway. Once the campaign is completely finished, I will round it up too. This mode will require a few extra buildings, so I will need to put in a lot of effort this upcoming week to finish the remaining items on my todo list. But the game will release fairly soon, which is exciting. 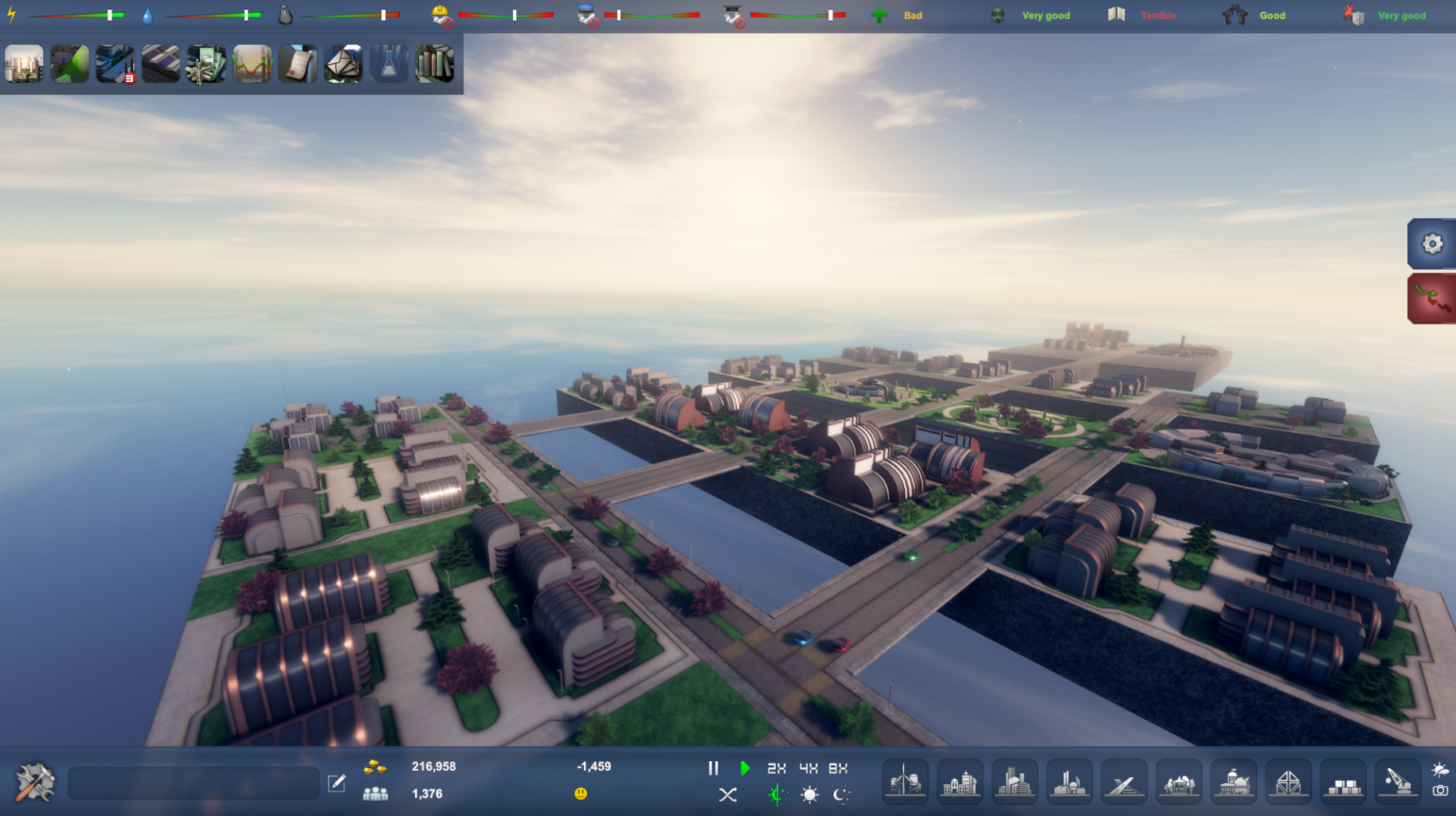