Posted by CorrectureGames on Jun 2nd, 2019

Work on the game is progressing steadily. This past week I've finished up work on the new block placement tools. It's now possible to click and drag to place the smaller building blocks. If a bigger block has been placed, this can be cut in half (sculpting). This will allow players to build more fine tuned foundations for their cities and will also open up for some interesting decorations later on. 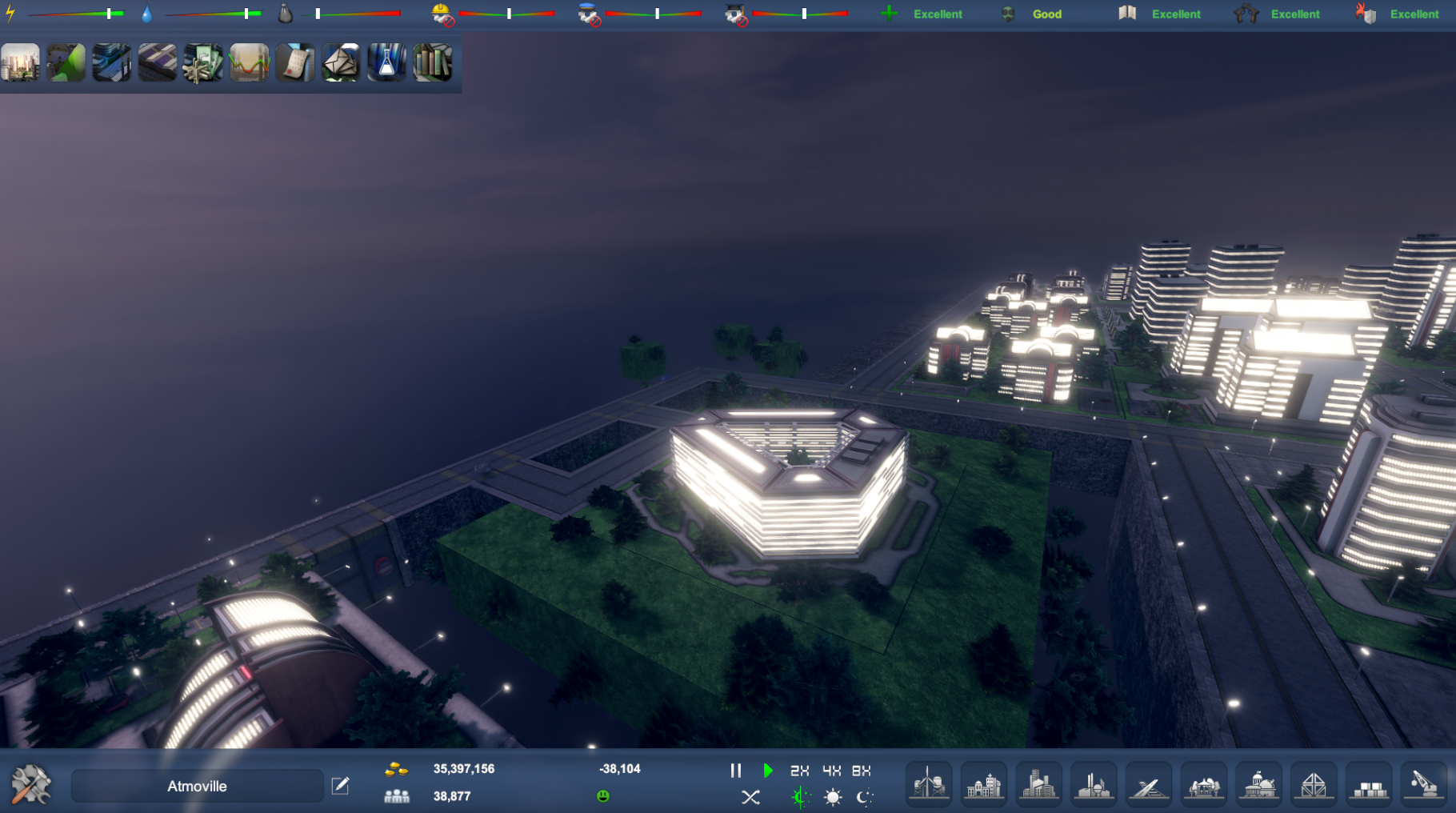 On the subject of decorations, as can be seen in the image above, I've added in a very simple park tile. I've also added another "geometric garden" type tile that can be used to decorate the city. The new one (and an older one) can be seen here. Prior to release I will try to get a handful more decoration tiles in. Suggestions are welcome! 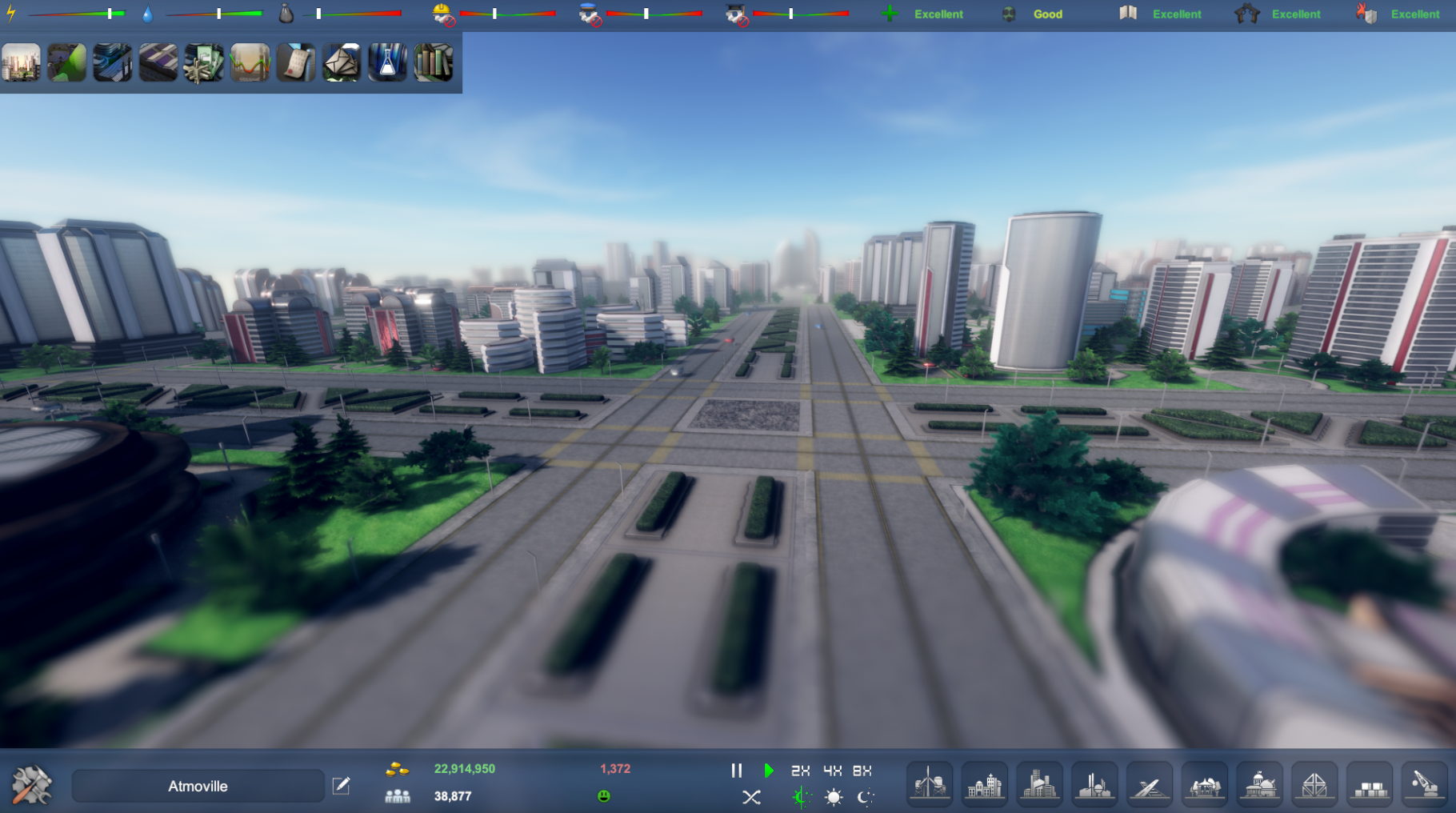 Here's another image of the park tile in the same context: 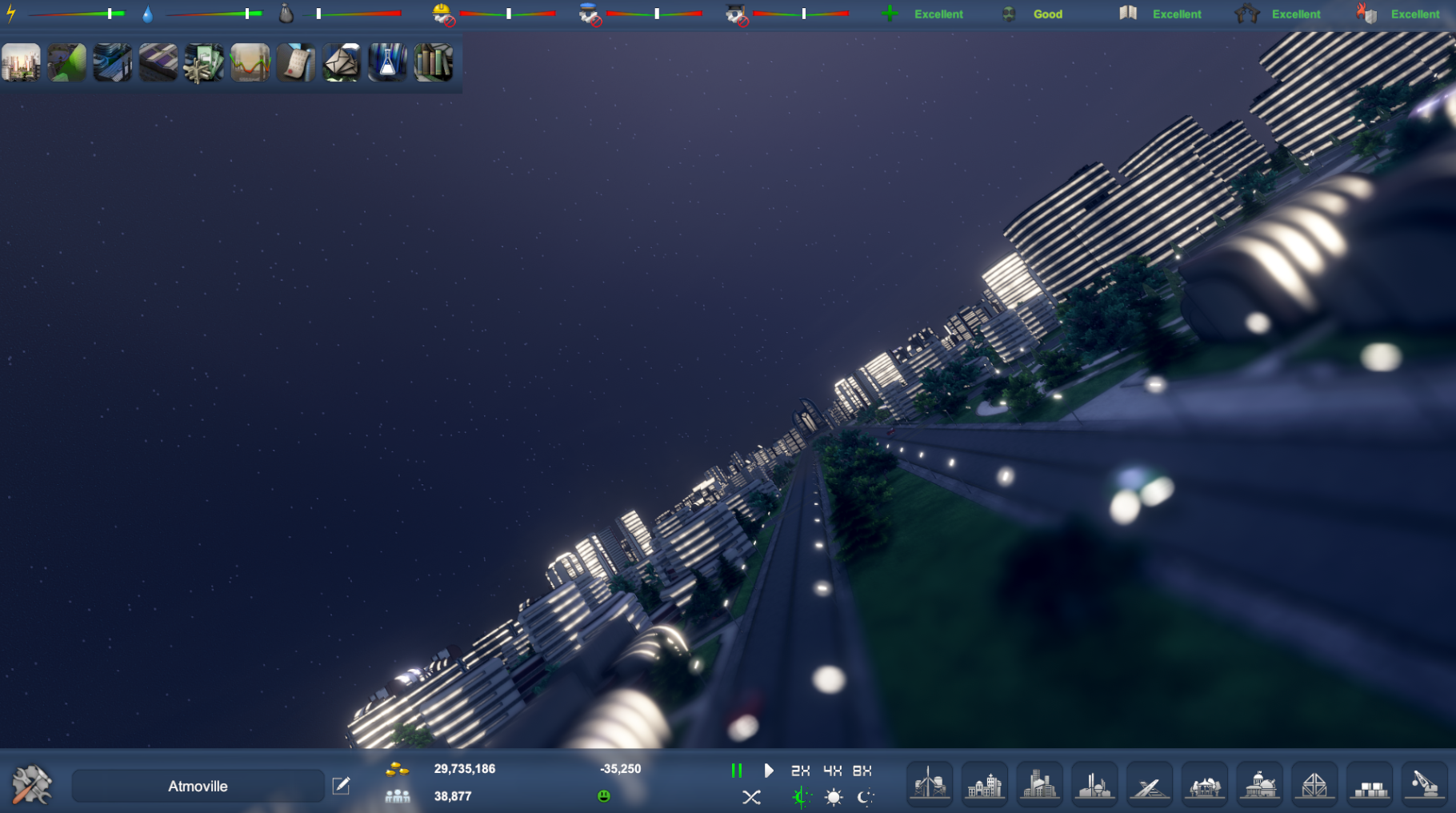 One of the remaining features to add is research. I've gotten rather far with this during the week, adding in most of the UI (along with most UI related code). I should be able to finish this up next week and get the research yield functions in as well. 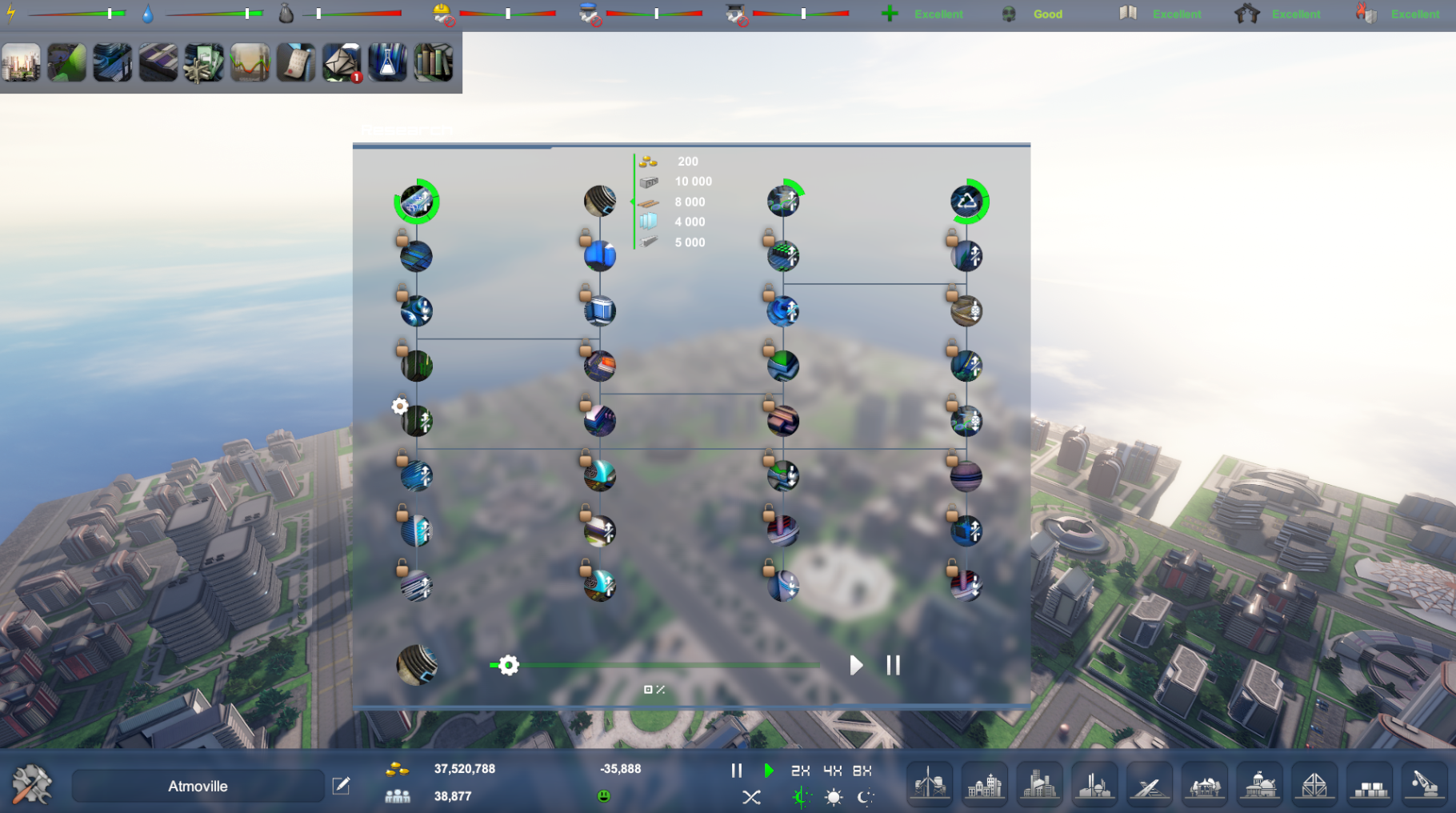 Research is enabled once the city has 15k population and a laboratory building. It is required to unlock some production buildings and power generation Buildings, such as nuclear and fusion plants. Aside from building unlocks, there's also research that enhances buildings, like lowering pollution from carbon power plants and improving carbon dioxide capture and storage. Once enough has been researched to unlock the bottom tier of enhancements, players will be able to improve education, health and water/power conservation. 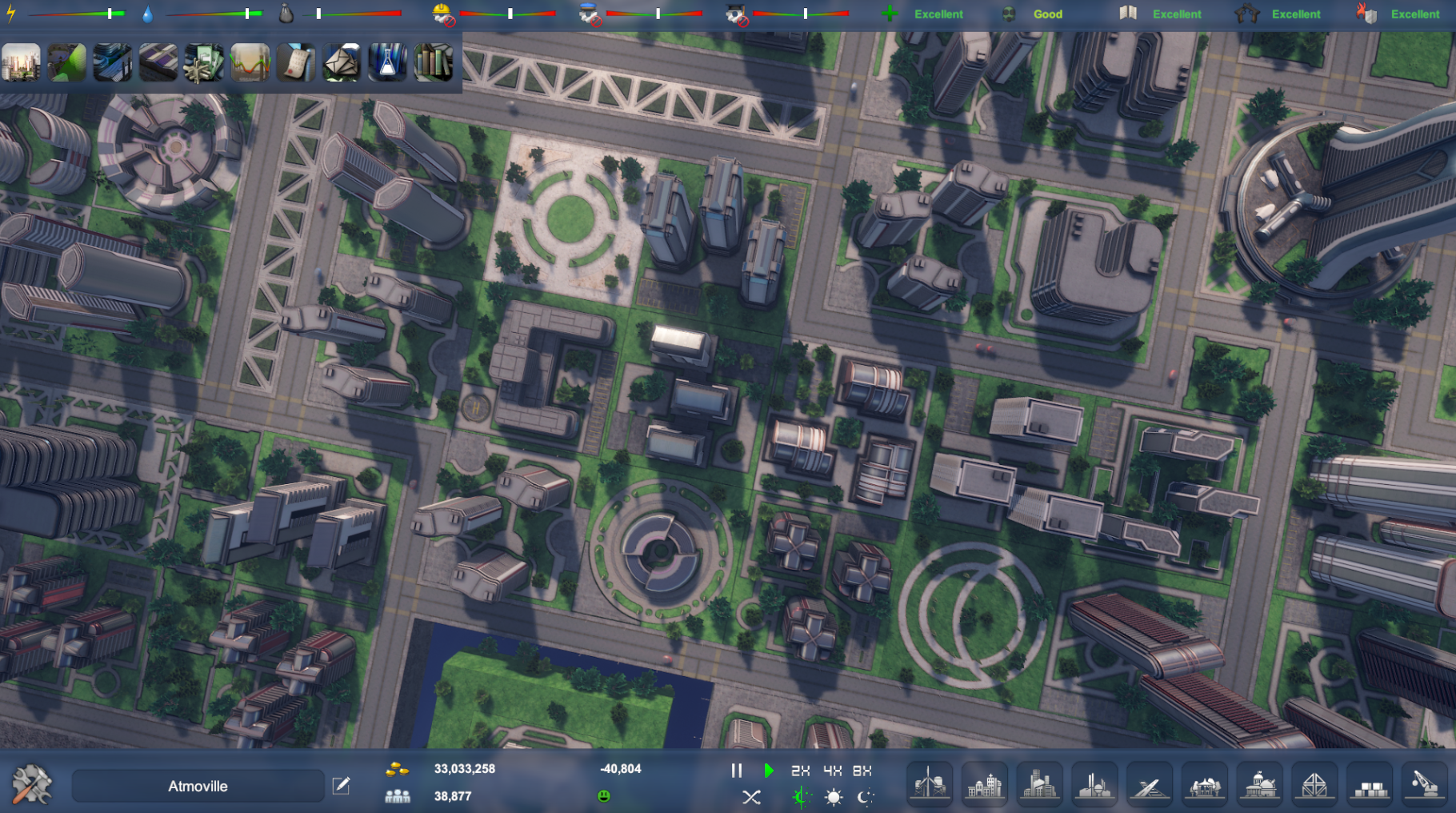 Since the current test city is getting rather large, I've also been able to start adressing some optimization issues and have started cutting tris and improving slow code. Fixing the new block tools also allowed me to reorganize that code and make it more efficient and also more well-functioning. Among the fixes there have been removing the risk of accidentally placing an area of blocks when only clicking to place one.