All the old paintings on the tombs / They do the sand dance don't you know?

Hey, Mark from ActaLogic here! Today, I’ll paint you a picture about how the murals in Call of Osiris were made. Paintings on the walls of tombs are a quintessential ancient Egyptian element, so we not only made a ton of them, but also incorporated them into the story. They reveal lore, give insight into characters, and generally make the environments look nicer. 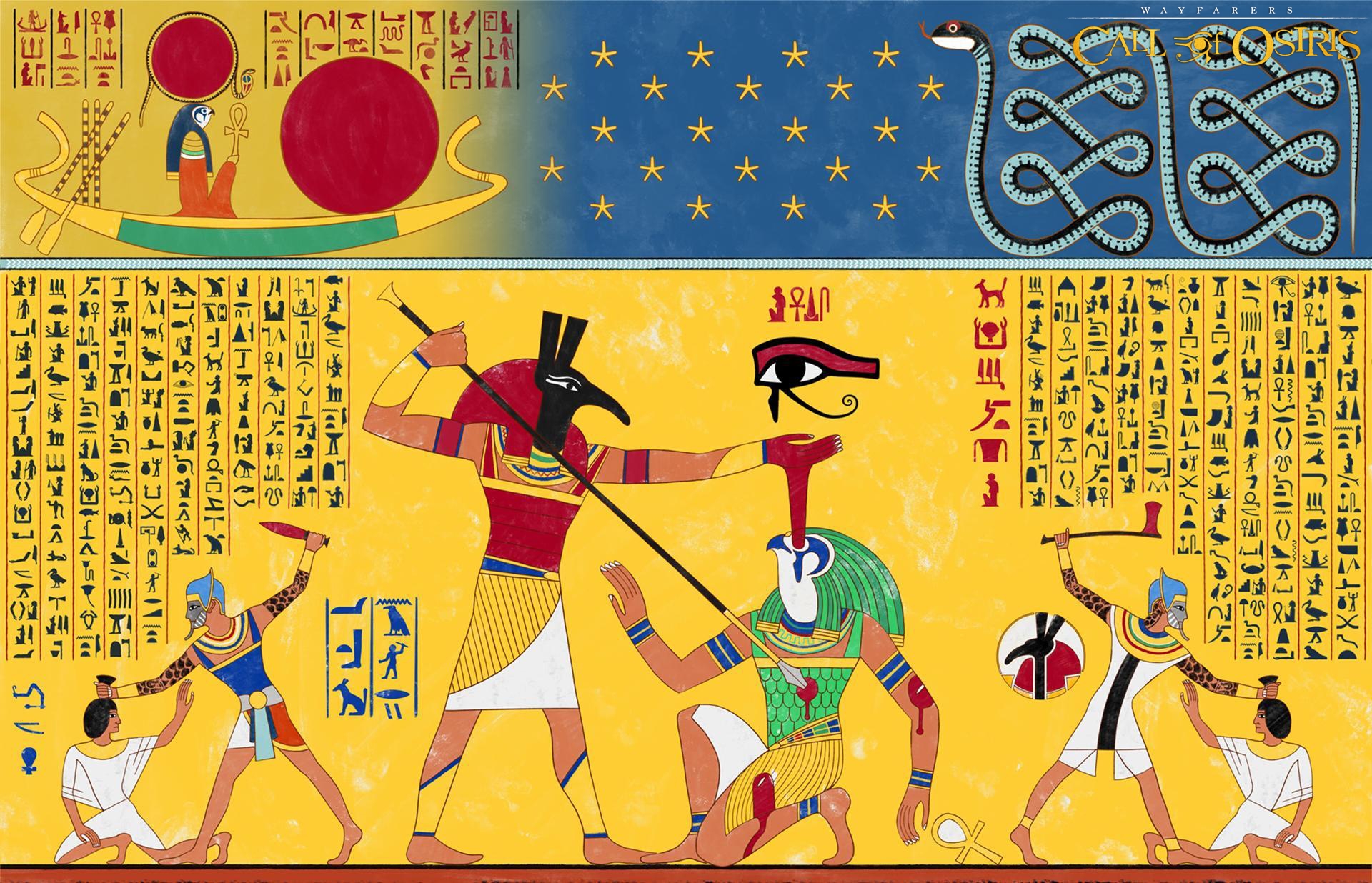 From a production standpoint, Call of Osiris contains two types of murals: generic and specific. Both are intended to be pasted on walls as ornaments. The former are generally background art that serves the same purpose as all the other clutter: it adds detail to tombs. I created them by photobashing old line art drawings, then colored them. I made variations by overlaying varying degrees of damage, and placed some on the walls in the form of carvings. There are dozens of these. 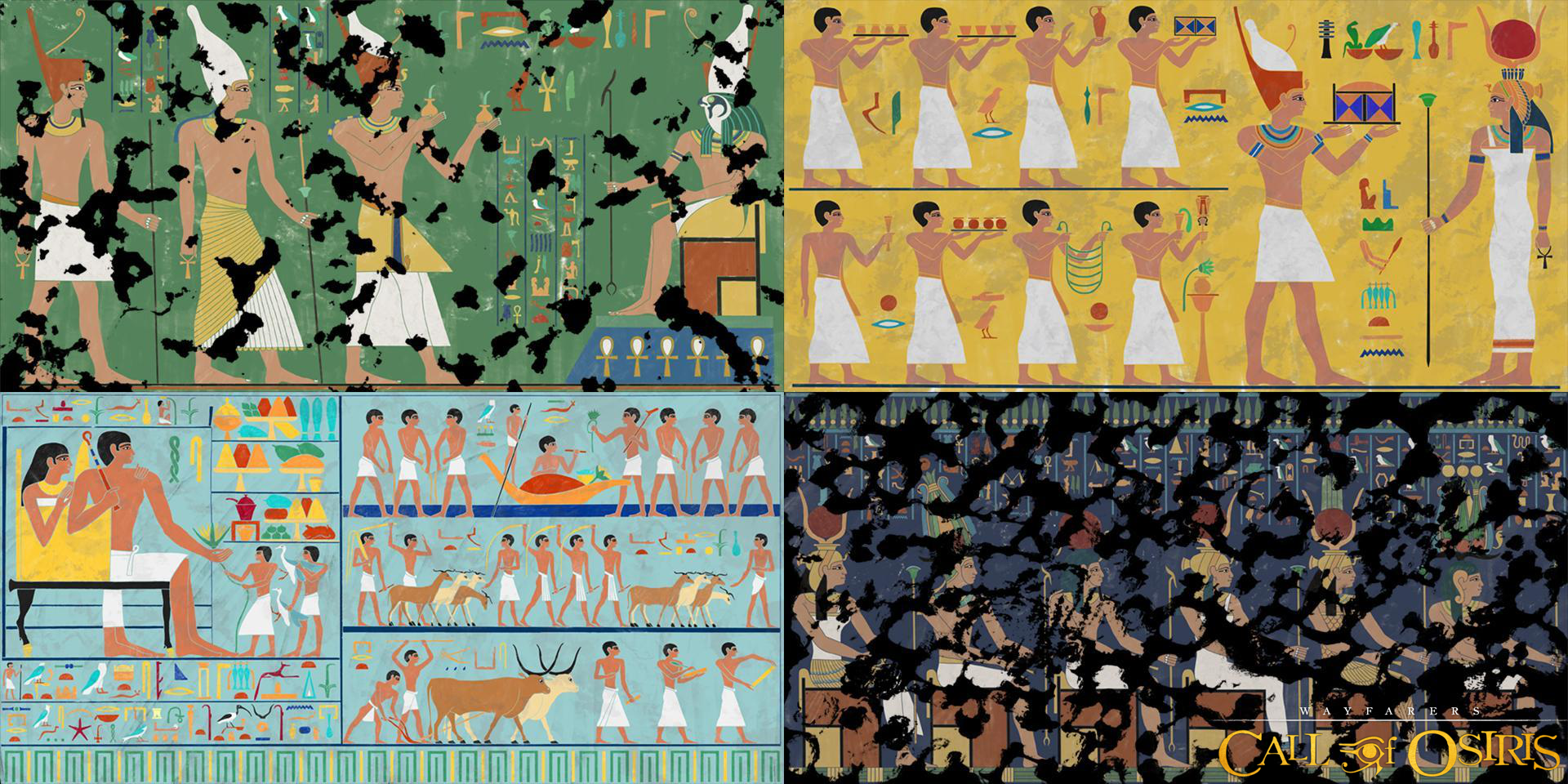 But what I really want to talk about are the specific murals. These tell an actual story that the player should be able to understand simply by looking at them. Entire cutscenes depict the main characters, Jack and Leila, reflecting on such murals or elaborating their mythological significance and how it relates to their own struggles. 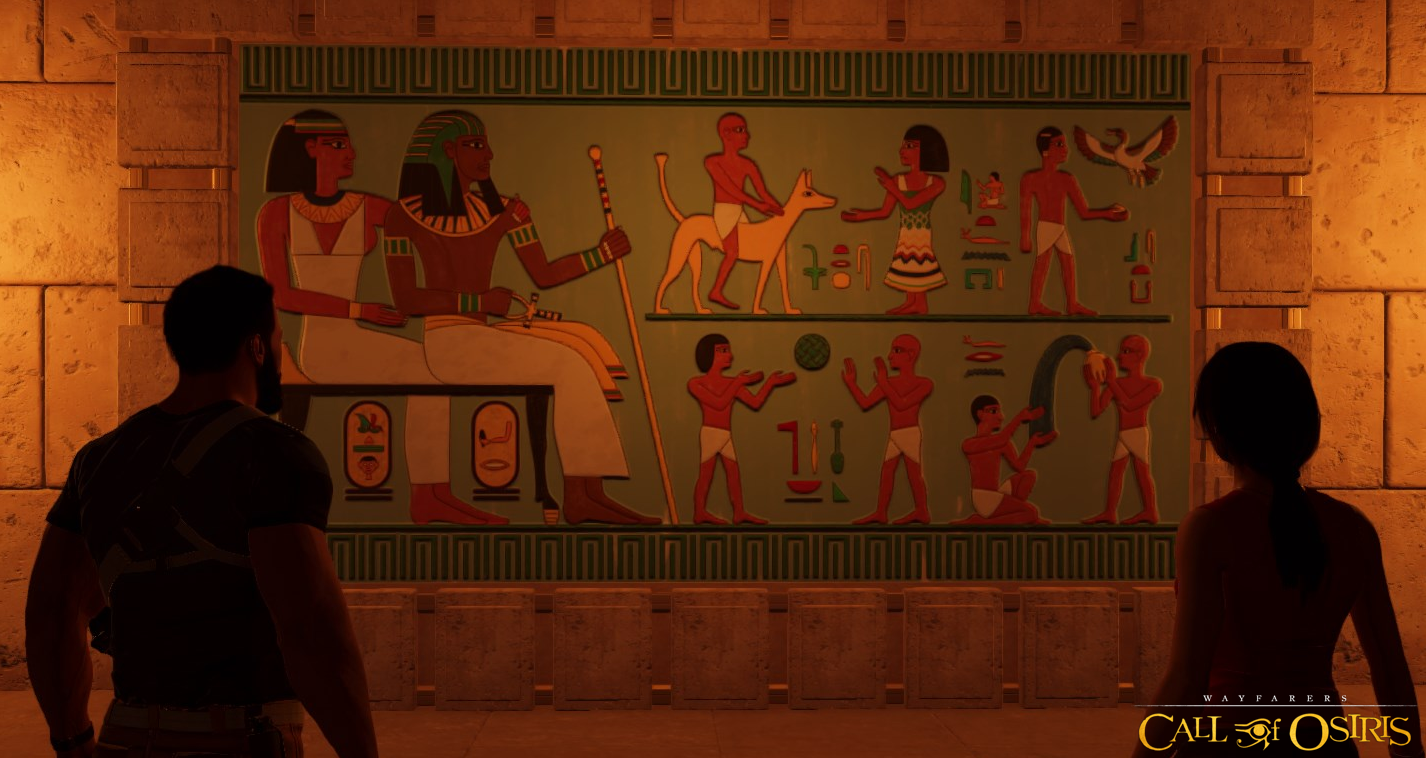 There were two major points I outlined before making these murals. The first was the actual style. That wasn’t too difficult as Egyptians have a very recognizable art style - faces look like this, hands look like that, they wore these kinds of clothes and used those colors. My focus was on the Old Kingdom style, which is when the game’s main locations were built. During that period, both shapes and poses were solid and rigid. Later, in the New Kingdom, they became more loose and fluid.

I used brushes with built-in stroke imperfections, and applied colors unevenly to achieve a more genuine feel. Certain murals had a lot of patina and damage applied. I also painted heightmaps that made certain figures and elements more noticeable. Giving murals a little relief like this was common in Egypt, and it contributed to a richer overall look.

The problem that really gave me pause for thought was this: how much detail is appropriate? Our murals had to be legible and easy to understand, which clashed with the ancient Egyptian tradition. You see, if there was any room in a mural where they could cram in some more ornaments or hieroglyphs, they would do just that. They really didn’t like empty spaces, and loved to add details. Of course, I could have done just that, but that would mean a lot of visual noise, and it would be hard to discern the meaning. So after a lot of thought, I stroke a balance. The imagery looks Egyptian enough, but it’s still easy on the eyes and can be deciphered visually.

Another detail I’m proud of are cartouches. These oval elements that contain hieroglyphs were used to denote the name of a person. All cartouches on our murals symbolize actual historical figures (Pharaohs, queens, generals, etc), and since their cartouches are known, I made an effort to use the correct ones.

I spent months looking at hundreds of Egyptian murals and reliefs, and noticed many interesting elements. From the way they depicted water to wailing women, it’s surprising how many of these details didn’t change over thousands of years. But it was also interesting what I DIDN’T find. For instance, ancient Egyptians virtually never depicted fire, certainly not in the form of big roaring flames, so I had to find a way to draw fire to look Egyptian. Likewise I couldn’t find any frontal depictions of blood, pyramids or faces. So there was still room for artistic innovation. 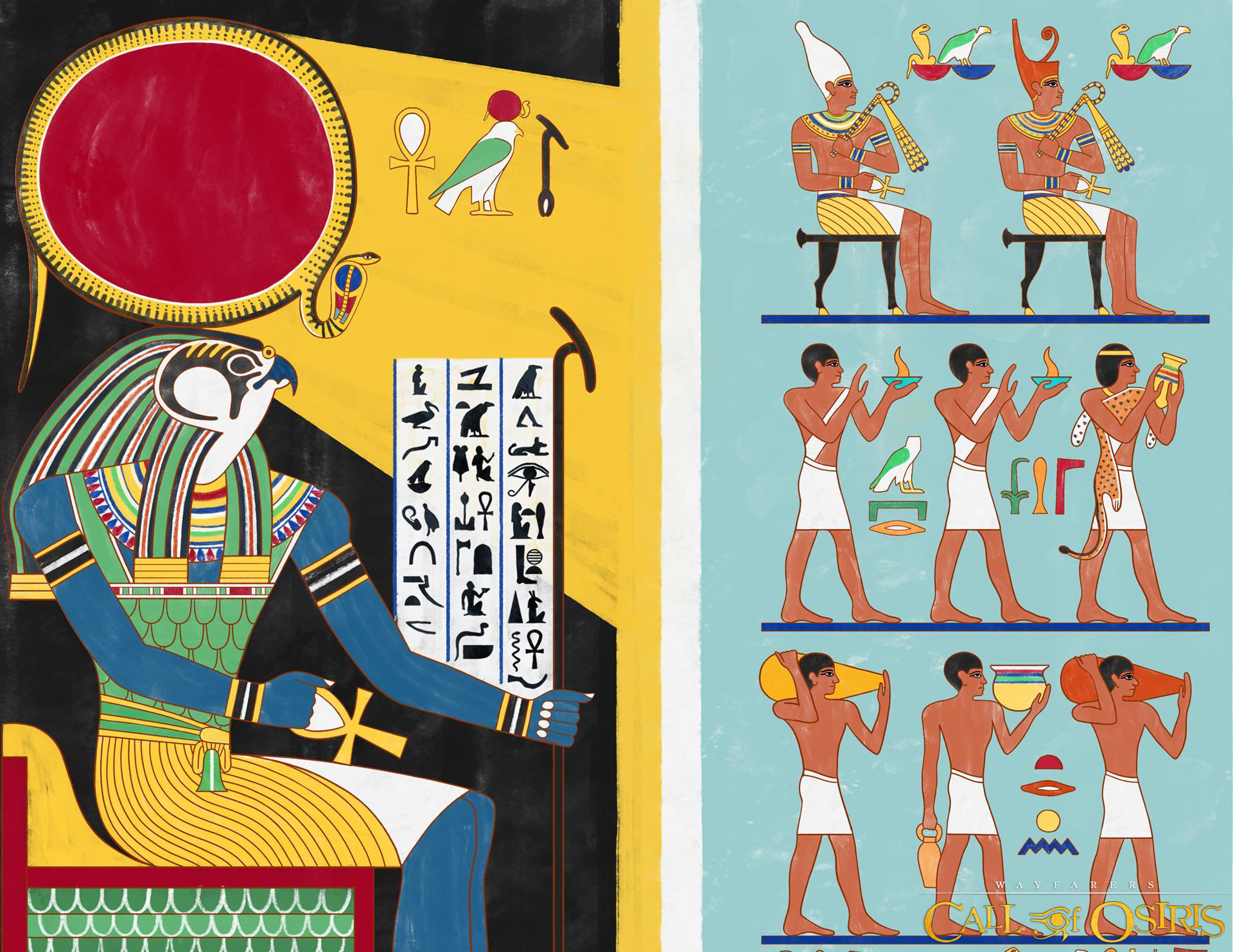 If you Google Egyptian murals, it’s usually easy to discern between real ones and fanart. My goal was that our murals wouldn’t strike a casual observer as fake. Did I succeed? Check out the pics and maybe post a comment!