Where Are You is a Walking Simulator, but I wanted to include a few of mechanics with a narrative relevance. How am I doing it?

Where Are You is a video game with an oil painting style, focused on exploration, with an important narrative load. The game show fragments of the story of a missing father through the pictures he painted.

The story is the main feature of Where Are You, but I run the risk of creating an interesting story, but forgetting about the gameplay. I'm not against games totally focused on history with a extremely simple gameplay, in fact Dear Esther is one of my favorite video games and one of the ones that has marked me more as a game designer, but I want to let more freedom to the player. 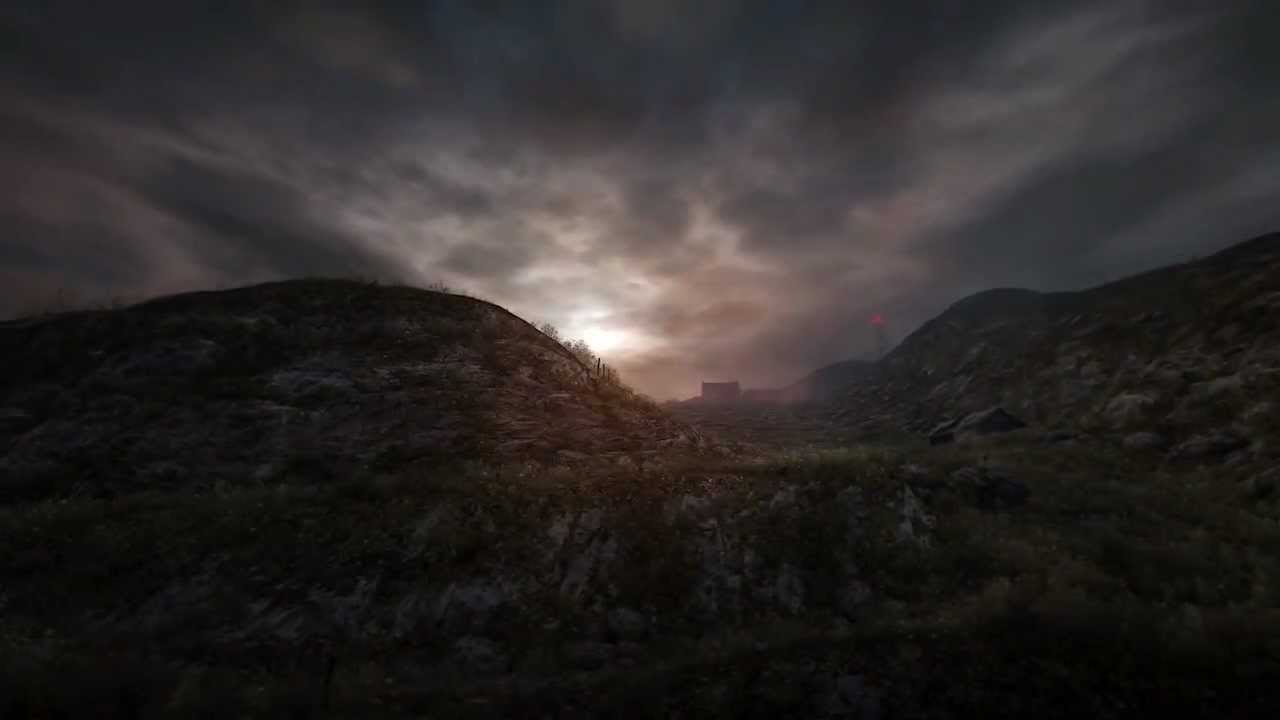 Dear Esther is probably the father of the Walking Simulator. Its aesthetics and simplicity still captivate me

From the beginning it was clear that I wanted the player to have an active participation in the game, not just a contemplative position. In fact, the story is divided into various paintings that the player can enter and exit at any time, this story will only advance if the player finds the right path.

The first mechanics I thought about adding to the game were doors and clues, as I mentioned in the previous paragraph, the story only progresses if the player finds where the story continues. So that the player knows where to look, in each level (painting) there will be a series of clues, either through the story itself, objects or dialogues with characters. Once the player finds the way to go, a door will open and access to previously closed areas.

But this mechanic of the clues and doors seemed too shallow for the player to be interested in the gameplay, I wanted to introduce new mechanics in the game. But, yes, I do not like to introduce mechanics that do not have a "narrative sense", if I introduce a new mechanic, it must "fit" within the history of the game without, moreover, being too artificial.

One thing that I always try to avoid is common puzzles. Many narrative stories are "interrupted" with puzzles that slow down the game, lengthening its duration. These puzzles are almost always absurd, outer to the real world, and are no longer an unoriginal way of blocking the path, as in other games with more action the path is interrupted by enemies. At the design level, it is much easier to extend the duration of a game with puzzles or enemies than with larger levels, which require a greater number of resources and a longer development time. 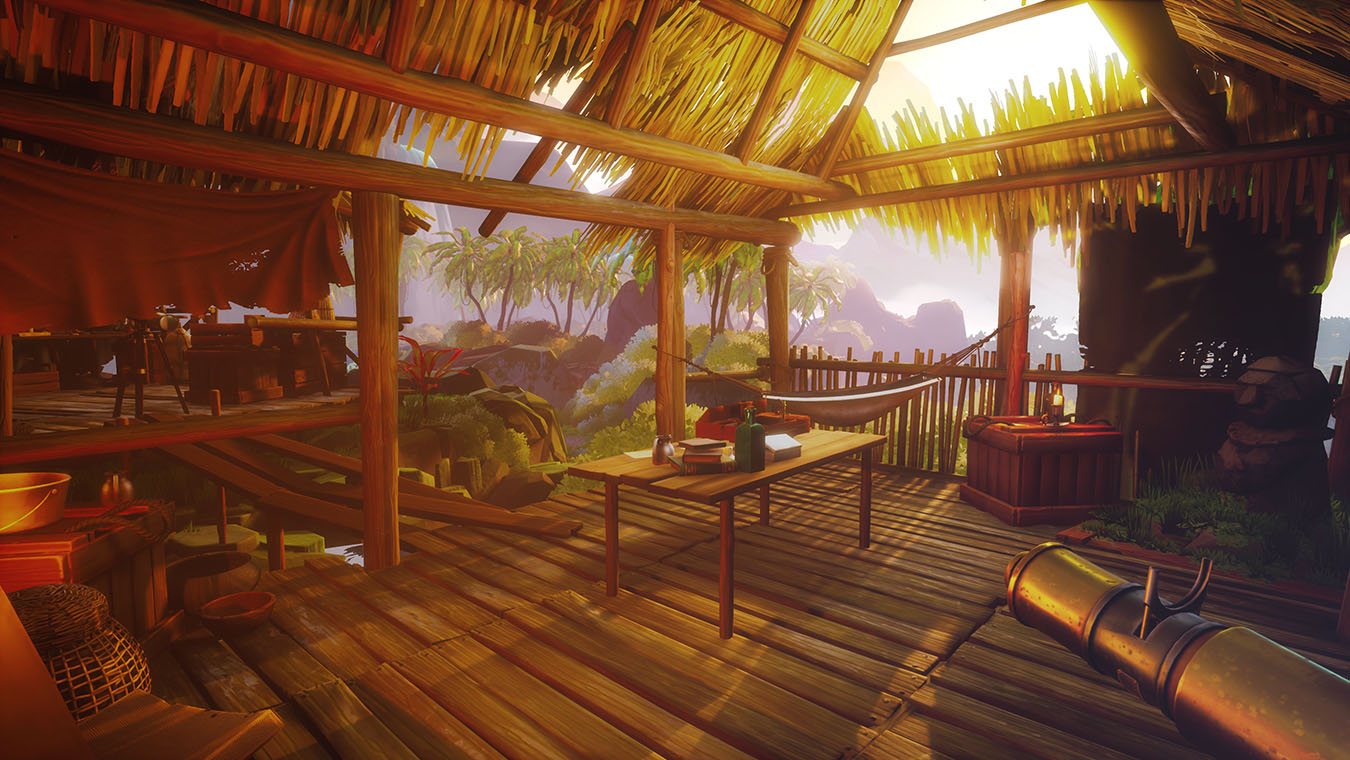 I am currently playing Call of The Sea and although it seems like a good game, I feel like I am wasting too much time on the puzzles, which interrupt the exploration and story. Even so, the puzzles usually have a clear narrative sense, which is to be appreciated

Okay, I didn't want the usual puzzles and obviously I even less wanted enemies. How do I solve this double problem? With simpler and more dynamic mechanics, with which even less experienced player does not get lost and knows how to advance. I didn't want that the player had to waste too much time thinking about very complicated puzzles or fighting enemies. With a little patience and exploring the levels it should be enough for any player. I wanted it to be the exploration itself and the attention to the story (the hallmarks of the Walking Simulator) that allowed the player to advance.

It can be said that the mechanics of the doors is a puzzle, but it is not a puzzle made to think or slow down the player as such, but rather it is made for the player to explore the level and attend to the story, managing to find the right path. That is, the doors obviously close a path, they slow down in a certain way, but not in an artificial way. A door is simply closed because the story does not continue in that place and the player will have to understand, through history and exploration, where the story continues.

But, as I was saying, the mechanics of the doors were not enough. For a few weeks I have been working on a new mechanic, painting. The idea arose as one more feature of the game, being able to "paint" a landscape of the game. This is a way of encouraging the player to stop and admire the levels of the game and "capture" those places that they like the most as if they were oil paintings, doing so would keep a canvas in inventory with the "painting" and a usual capture on system.

As such, the characteristic of painting seemed interesting to me, in relation with a game in which the art of painting is so important. But I wanted this feature also have some mechanical function, since, precisely, it meets my main requirement when adding a new mechanic; it has a narrative sense.

Thus, for the last two weeks I have been working on painting mechanic. At first I developed a first version in wich the player discovered some secret when entering a specific area and painting, but I was not too convinced. In a second version, the player no longer enters an area, but must paint a specific landscape from a specific location to discover the secret.

But then I found the ideal solution, if the player is adding something to the painting, it is reflected in the level. This is how I completely defined the mechanics of painting: the playable character is able to change details of the level when he paints them. For the player to be able to paint something, he will obviously have to know what to paint and it will be clues in the story that will help him to know what he should paint.

During the second week I have added numerous changes to the painting mechanic, including numerous polishing details, although there is still work to be done

Curiously, this mechanic of making things appear-dissappear in the game is not very different from the main mechanic of my previous game, Restore, which by the way you can download completely free. In Restore the player is able to "restore" destroyed places and, in fact, one of the most shocking details of the game is seeing how these places are "restored".

In Restore the mechanics of restoration, similar to painting, is an goal, not a way

Ironically, although I have reached the same conclusion in both Restore and Where Are You, I have not done so for the same reasons, either at the narrative design or at the playable level. While Restore is a game in which the playable character must "restore" places, therefore this mechanic is a consequence (although this in turn unlocks a previously blocked path), in Where Are You the painting mechanic is not the goal, but the way to achieve a goal.

I still have a long way to go to finish the development of Where Are You, but I think I have already created enough mechanics that, varying as the story requires, can create a fairly dynamic game, simple so that any player can enjoy its story, but more "entertaining" than a pure Walking Simulator, also without having insubstantial mechanics.

Where Are You - Adventure Game Adventure
Related Engines