Here we explain some key information about one of Only Fools & Corpses' most important units - the Citizen.

In these posts, we will be explaining core game mechanics in greater detail to help you understand what's happening in the game, and we're going to start with the humble Citizen. 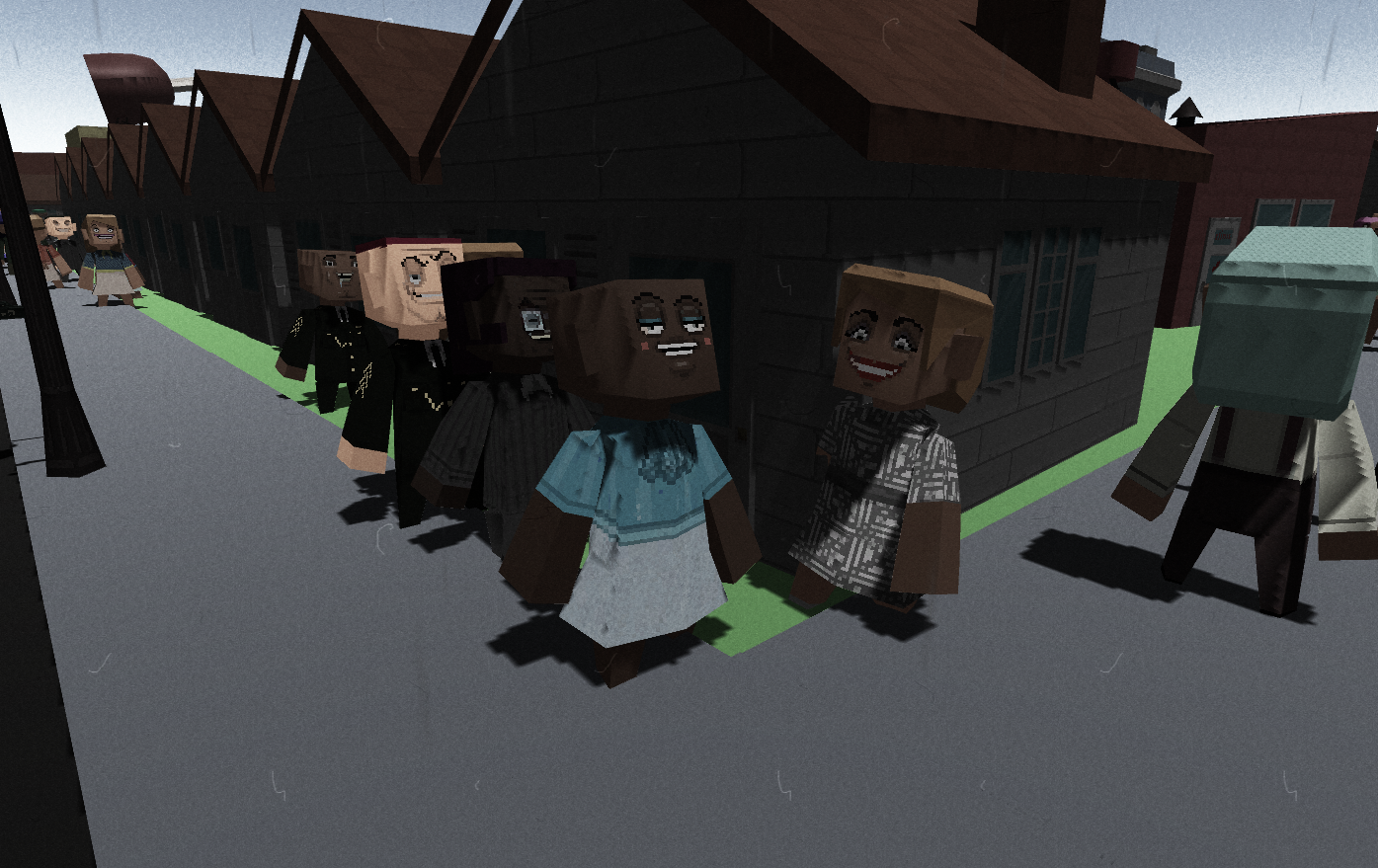 To complete a level, you have to convert all of the Citizens who live there into Zombies, making them one of the most important units in the game.

Each citizen has a home, and most have a family (or housemates). They wander around the town in an orderly fashion, taking in the sights and visiting the various attractions present there - their favourite building being the Cinema, which they will visit whenever it is open (assuming there are enough seats). Citizens are prone to expressing themselves through punctuation :) When it rains, they run to get indoors, and when it is foggy, they move more slowly and carefully. They also do not like to go outside during storms.

Calm Citizens lead very routine lives, but things get more complicated, and less predictable, when stuff starts to go wrong - for example when Zombies start to appear, or when a stranger throws a canister of zombie virus at them.

Citizens react to frightening or dangerous stimuli in one of several ways - selected based on their randomly determined individual bravery level as well as their health level. Of course, some stimuli are more frightening than others - a Zombie is scary enough, but a Zombified family member will terrify even the bravest of survivors.

The most terrified Citizens will fly into blind hysteria, running around randomly, lost and irrational. They usually snap out of it if they get attacked, but wild, panicky citizens tend to be easy prey for Zombies.

Most Citizens retain enough sense to flee directly away from the source of their fear. They will try to get away by the most direct route possible, but can easily end up running into trouble, or getting cornered. 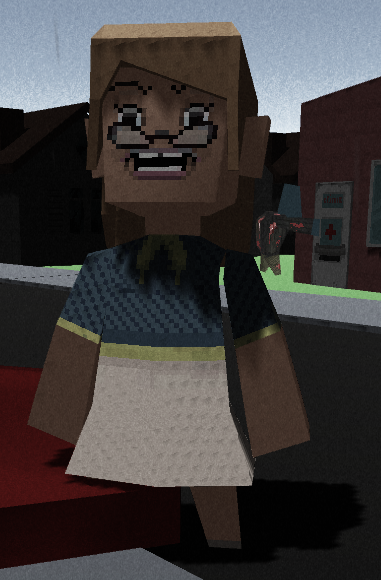 Some Citizens think to hide instead of running - usually taking refuge in the closest building they can find. This normally only prolongs the inevitable - Zombies tear their way in, forcing the hiding citizens to try and escape through a window or a back door, and find a new hiding spot.

Very rarely, a brave citizen will look at the shuffling hordes of their former friends and neighbours ransacking their home, or the stranger throwing an unidentified gas canister into a crowd, and say "not today". These trouble-makers take it upon themselves to end the Zombie Apocalypse right then and there, with their bare hands if necessary. Against tough Zombies, they normally get themselves bitten and killed immediately... 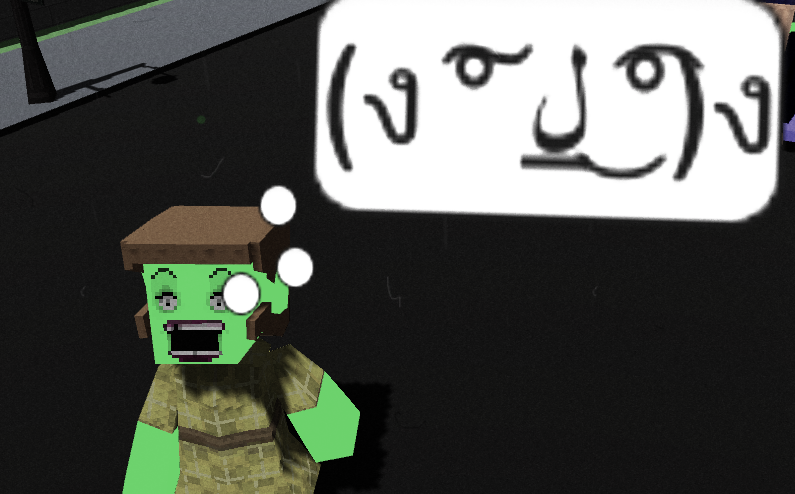 However, in the rare case that an Angry citizen actually kills a zombie, they become emboldened by their success - regaining some of their Health to keep fighting. Worse still, with every Zombie felled, the Citizen-Warrior becomes a little better at fighting the undead. And as if this weren't all bad enough, the sight of a lone hero slaying the undead can inspire other citizens to join the fight - leading to an angry mob of villagers taking back their town, one zombie at a time! ...Thankfully, this is all very rare.

As mentioned, you have to Zombify each citizen to complete a level, but that is not the only way in which Citizens are important. Each time your contagion transforms a Citizen into a Zombie, there is a chance they leave behind a tissue sample. Collecting these samples grants bonus points on subsequent levels. We've also been working on adding an inventory system, with items like power-ups, unlocks and equipment to provide temporary and long-term boosts - so citizens will have a chance to drop these instead - look for that in a future update.

Also, in the near future, we want to massively expand Citizen behaviour, including more nuanced panic responses, and a more transparent personality system - so that players can track the personalities of citizens more easily, and plan around them. Personally, we've found watching the citizens' stories playing out to be half the fun, so we want to expand the complexity of the narratives that play out. Families forming gangs to fight off zombies, survivors fortifying buildings and/or making improvised weapons, all of these and more are planned for Only Fools and Corpses, and will be coming in a later version.

Anyway, we hope this article has helped shed some light on the Citizen unit (and if none of it has made sense, you should try our demo - and if it still doesn't make sense, then that's on us).