Sorry about the recent radio silence – development’s been tough, but I’ve thankfully avoided being mauled by an Obligatory Bat or stung by a Kamikazbee! And now I’m back with a new update, featuring new screenshots, a progress report, music samples, and more!

Posted by CriticalGames on Jun 1st, 2019

Sorry about the recent radio silence – development’s been tough, but I’ve thankfully avoided being mauled by an Obligatory Bat or stung by a Kamikazbee! And now I’m back with a new update =D

I’m really making this post because I want to stay in-touch with everyone who’s following the game, and give you all some idea of how things are going. As you may remember, March wasn’t a very good month for me, but the last two have been much better and significant progress has been made in several areas! Slow and steady, but significant.

A lot of what I’ve been working on I can’t really show off, as it’s either polishing, small design improvements, or spoiler-ific content from the final dungeon and endgame – that’s actually part of the reason I didn’t do an update in April haha. But I’ve still got a few fun things to show =)

In terms of progress, Sebastian (the composer) only has the Credits music left to go until the soundtrack is completely finished (making for a whopping 77 tracks!), and Jerram (the artist) is half-way through the final list of graphical assets - so they’re both inches from their finish lines! Sufyan (the programmer) has also been making various tweaks to enhance the game that I've thought of during play-testing.

As for me, I’ve been working on all kinds of things – most significantly all of the cutscenes/events/puzzles for the final dungeon (which is a whopper, believe me!). It’s been quite a fun mixture of serious and bizarre. I’ve tried to make a dungeon that’s well-paced and regularly varies things up – such as with a new environment, puzzle, or boss battle.

At the time of writing, I’m working on the final boss and ending cutscenes, which I feel pretty confident in saying is the coolest part of the game (and I’m desperate to share it!). All spoilers aside, though, I’ll just say that I found it very fulfilling bringing our seven playable characters’ arcs to a close, and I really hope you’ll all walk away from the ending with the same satisfied feeling!

Just thinking about the game as a whole, I probably haven’t given a good sense of just how big 8-Bit Adventures 2 actually is! I think trailers are really the only way to convey that sort of thing, but for now I just wanted to reiterate that this is a full-blown RPG with 28 dungeons and 11 towns - plus many more areas that are a bit harder to define (such as the Arena).

While I’m not sure how it stacks up yet in terms of hours, I think if you’ve played 16-bit JRPGs like Chrono Trigger or the classic Final Fantasies, the amount of content is pretty comparable. We’ve really tried to make a game jam-packed with fun, engaging content, while also maintaining a good sense of pacing and variety. This is a big reason that development has taken so long, but I hope you’ll agree that it was worth the wait!

In release date news (or lack thereof XD), I just wanted to say that I finally do have a deadline set in my head and I’m doing everything in my power to meet it. If everything’s going to plan, then I’ll reveal my goal in either the June or July update. I apologise, as always, for being so cage-y and for taking so long; I’m just trying to avoid past mistakes when it comes to dates and release windows. But as I always say, the game’s done when it’s done; and as soon it’s ready, I’ll be singing that release date from the rooftops! “8-Bit Adventures 2~ Coming out soon~”

I specifically hope to start playing/combing through the game at the start of July, so fingers crossed! =D

Ready for their Close-Ups!

Anyone that’s played the ‘First Look’ Demo of 8-Bit Adventures 2 might remember that the menu UI was basically just a series of empty black rectangles; that aspect of the game hadn’t really been touched at that stage haha. Since then, it’s underdone quite a few changes, and the most recent I wanted to show off were the brand new face portraits for all of the characters!

As per usual, I’m keeping the seventh character under wraps, but I think our cast look very photogenic (thanks to Jerram’s incredible work as always)! =D

And here’s the first game’s trio slotted into the current menu UI! Final Fantasy was obviously a big influence, but I experimented with several different configurations. Ultimately, I felt this was the easiest to read and most aesthetically pleasing. What do you think?

And then below, we have a look at the re-tooled Party selection menu. While you can swap characters in and out at any point in battle, if you prefer to be a little more prepared, you can also visit this menu. Here you can change your party to any configuration you’d like, revert to your original grouping if you change your mind, and get a quick, easy-to-read overview of each character’s stats and equipment.

While I know it’s not that exciting from a player’s perspective, I think the menus have a big impact on how ‘complete’ a game feels. Both the battle and menu UIs feel connected now, and I think the game has a much better sense of cohesion because of it. On a side note, if you played the demo, you might have also noticed that we have new, individual icons for all of the different categories of armour and weaponry! These are little things that I hope add up to a lot =)

I Can Show you the World…

One of the additions made this past month was the mini-map, which serves as a constant guide as you explore the World Map. While a few 16-bit RPGs featured this (Final Fantasy VI, and Terranigma's boat, for example), it's something I associate more commonly with PS1 games. So it's a good example of a slightly more modern convenience that I wanted to bring into 8-Bit Adventures 2.

Jerram somehow managed to construct this incredibly compact, precise mini-map and I think it looks great! The World Map in 8-Bit Adventures 2 is designed to be quite easy to remember, through the use of different colours and biomes; this map just helps you remember where things are in the context of the wider world.

It's most useful once you get the Airship and can start exploring every nook and cranny, but it should be a big help no matter what stage of the game you're currently at!

Okay, this is the last part of the interface I’m going to talk about, I promise! But all enemies now have their final HP Bar graphics and animations. I’ve mentioned that HP Bars were going to be in the game before, but now I can finally show them off - as you can see below, applied to an enemy from the demo! Big thanks to Jerram for the perfect design, and Sufyan for actually making it all work and animate correctly in the battle system!

The HP Bars only appear when you target an enemy (similar to the Persona series), or when enemies are damaged/healed. I wanted to find a balance between giving the player important information about their enemies, and keeping the battle scene as minimalist and aesthetically pleasing as possible. It was also very important to have an HP Bar system that was easily readable for the player; to give a clear sense of their progress in the fight at a moment’s glance.

There are also pop-ups that tell you if an enemy is weak, resistant, or immune to your attacks; so getting experimental against powerful enemies shouldn't be confusing (or require a guide haha)! Additionally, we’ve made it so that attacks which target all enemies now take you to a targeting screen, rather than immediately activating. These are the sort of small design improvements that I mentioned at the start of this post =)

And finally, as it’s (somehow) been 5 months since the last selection, I wanted to release a few more music samples! One in particular should be a lot of fun for 8-Bit Adventures 1 veterans as it’s a remix of that game’s final dungeon theme =D

While only short samples, I hope that the 20 that we’ve released so far give you some idea of how unique and varied the full soundtrack is! I’m continually in awe of how many different sounds and styles Sebastian has been able to create within such heavy constraints. If you enjoy chiptune music like me, I think you’re going to *love* the full soundtrack! 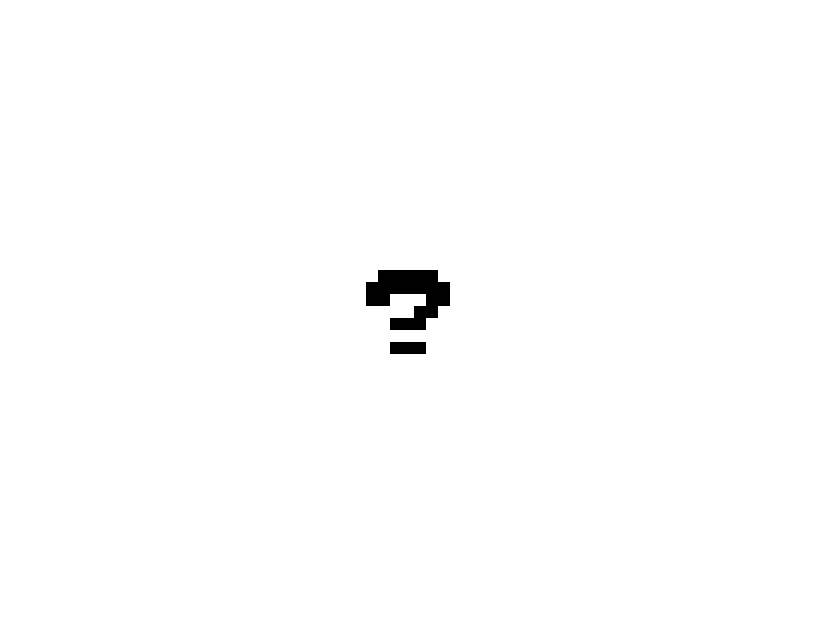 Again, I sincerely apologise for being so quiet recently. I've really just had my head down working and am trying to get things finished as quickly as possible. Unfortunately, nothing's really "quick" in game development haha, but I'm feeling very good about every step we take.

To make sure you don't miss any news, I recommend following @CriticalGamesAU on Twitter, as that's the best way I've found to keep up-to-date on news!

And if you're wondering, yes! I'm definitely planning to do a June update =D

Speaking of June...we're only a little over a week away from E3 2019! I've felt pretty pessimistic about the Final Fantasy VII Remake, but that recent trailer has me more excited than I've been in a long time XD I think no matter how the game turns out (and how much I'd prefer a turn-based battle system), it's just a lot of fun seeing early PS1 characters and environments transformed by modern hardware.

And to FFVII Remake's credit, there are lots of interesting elements to the battle system that I want to learn more about. I know the developer who designed Kingdom Hearts 2's battle system is involved, so I'm hopeful it'll be an action battle system with a lot of depth! Just...please no Genesis, or flip phones, or perpetually depressed Cloud... =P

Anything you guys are hoping to see from E3? Regardless, I hope everyone has a fantastic June and I'll talk to you again at the end of the month!