In which work on level five continues; shelves are placed; a semi-automatic means of book-placement is devised and employed; and books suitable to such heavy repetition are made.

This week's screenshot shows further work on level five; the place is starting now to look somewhat like a library... 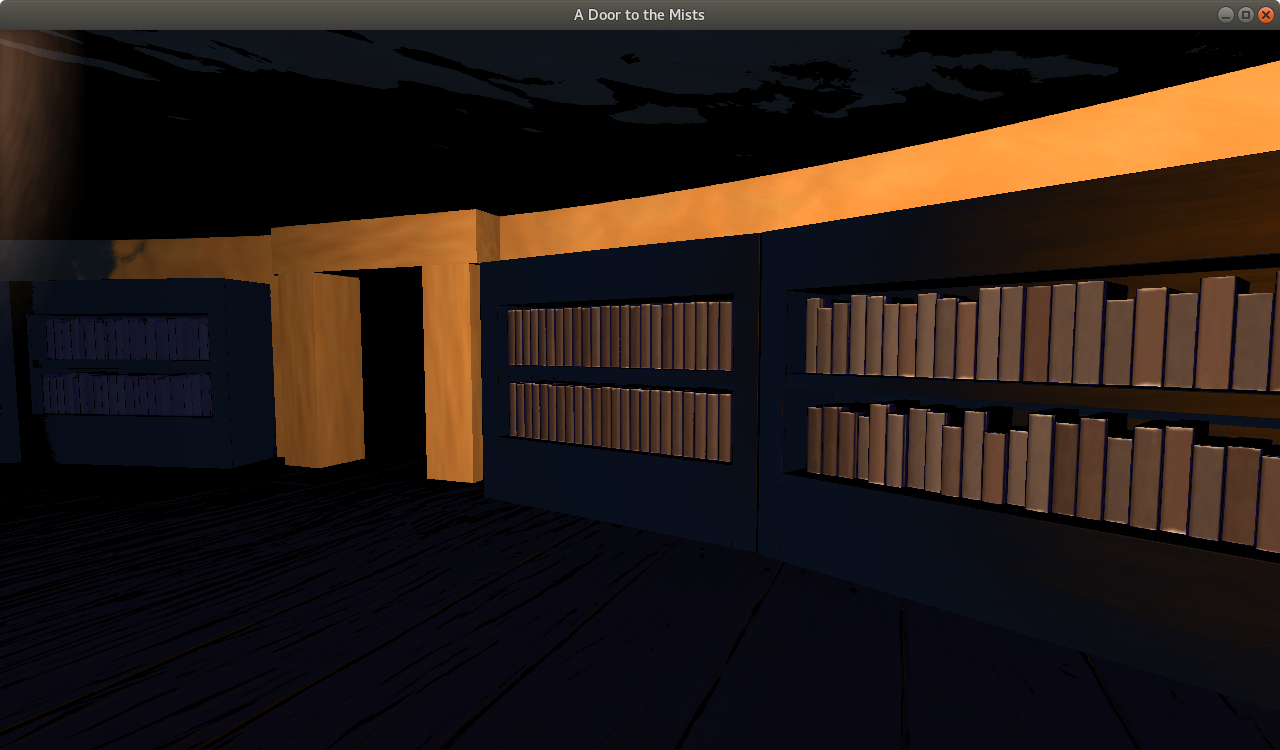 The week just past was another week of level-building:

With--I think!--the basics of the level-layout set, I've started working on some of the specifics. In particular, I've begun working on the shelving and books to be found in this level.

The shelving was fairly quick and easy: two rows of shelves (one on the ground floor and one on the floor above), slightly modified from an extant model.

As to the books, however... well, that's an awful lot of books to place. Doing so by hand would be tedious, I fear. Very, very, tedious.

So, rather than do that, in the week just past I developed a simple script to semi-automatically place books on my shelves: I specify which book-templates I want, where I want the resulting volumes to appear, and a few parameters that affect their resultant sizes and colour. I then run the script and books are produced!

Would it have taken a similar amount of time to manually place my books? Perhaps. But this way, at least, was a considerably more engaging and interesting means of doing it.

That said, it's still a work-in-progress: For one, I have yet to attend to the upper of the two rings of shelves. For another, I want to rework some of the sections that I have in place. And finally, I have it in mind to go over the resulting shelvings and manully add some touches here and there. 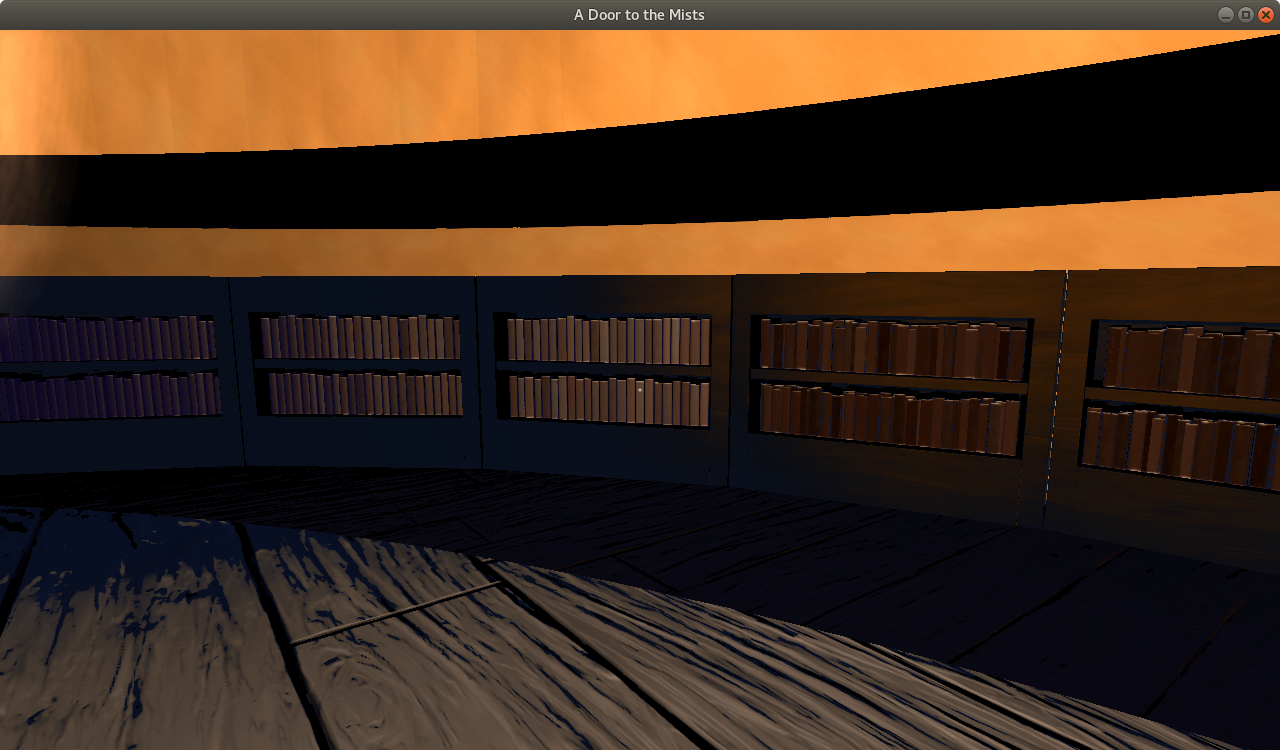 Of course, as noted, all of this involves an awful lot of books; enough that I wasn't happy with the polygon-count of my extant book models.

Furthermore, with so many so closely packed, drawing them from a small set of templates results in repetitions being more obvious than they might otherwise be.

To solve the first problem, I created a lower-poly book-model. It won't stand up as well to close scrutiny as might my previous book-model, I daresay, but it should work well enough when packed on the shelves. That said, should I have any loose books lying around, those might use the old model.

To solve the second problem, I created a fairly simple edit of my extant book-textures. Gone are the titles and much of the distressing, which seemed all too obvious in repetition. And in place of the varied colours of the previous books are simple variations on three earthy colours, allowing for a little less uniformity when similar books are placed side-by-side.

The result, I think, is a shelf of books in which the use of a small set of template-models is less obvious than it might have been.