After a long time in a public alpha, we are delighted to announce our online sci-fi/fantasy RTS game, Hash Rush will begin an open beta in the second half of July. With this update, we have made some big changes to the game that we're going to go over now!

After a long time in a public alpha, we are delighted to announce our online sci-fi/fantasy RTS game, Hash Rush will begin an open beta in the second half of July.

A galaxy-wide catastrophe known as the crystal storm has laid wasted to the Hermeian Galaxy, destroying many races and societies. Cities were leveled as giant shards of alien crystals rained down on the planets. For the survivors, their troubles had only just started.

Once on the planet, the crystals embedded themselves deep underground and linked together, forming a hive mind known as the Crystal Scourge. Now it works to corrupt and poison the planet.

Tasked with protecting their planet by mining and removing the crystals, players will need to establish a mining colony, then defend themselves against the forces of the Crystal Scourge as it works to destroy the player.

If you played the alpha, you’ll have a good idea of what the beta version will look like, however like all big updates, numerous changes have been made (based on player feedback) to improve the game. 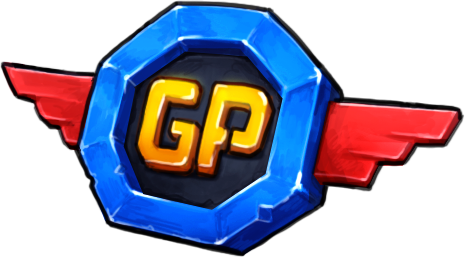 Galaxy Points can be acquired by:

Galaxy Points have the added function of being the measure of experience for the player, the more that they collect, the higher their in-game level (Colony level) will be. What’s more, increasing the Colony level will also unlock new buildings, resources, and crafting options.

The Leaderboard challenge will run weekly, and unlike the old Bounty Campaign system, the challenge is automatically handled. Players no longer have to manually enter and their Galaxy Points are counted from the start of the challenge. The only manual process needed by the player is to collect the Galaxy Points.

Crafting is an all-new feature of the Hash Rush beta. Throughout the planet, unique resources will spawn that can only be collected by the Prospector, a new unit that functions as a scout and a crafting resource collector.

In order to craft an item, players will need to collect both crafting resources and special blueprints. These items are relatively easily found as monsters will occasionally drop them when defeated. However, the challenge comes from finding the rare blueprints, as these will help the player craft the more valuable rare items.

In total Hash Rush now has 7 levels of item rarity, and it is important to note that all items in the crafting system will be assigned a rarity level - so the crafting resources and blueprints that the player collects will vary greatly!

Though skins have existed in Hash Rush for a while, the beta sees a major change to how the skin system works. During the alpha, players could only apply 1 skin to their account, and that skin would cover every unit that they had.

With the beta, the skin system has been redesigned so that each unit type can be granted a skin. This gives the players much more customization options as they are able to apply different skins to each unit type, letting them create their own visual style!

That covers the biggest changes to Hash Rush for the upcoming beta. If you would like to know more about Hash Rush please visit our brand new homepage where you and sign up to play the game now.

Do note that the game is currently still in alpha, however, a big update (and progress reset) will take place in the latter part of July to roll in the game’s beta!