I’m here to tell you about the road we take with the game camera within Desert Pirates, the game we are building. It wasn’t easy to get!

First off all, in this game you lead a convoy, meaning that you are in front of all of your cars, that can be from 3 to god knows how many (we imagine like 12? We'll see). The idea is that the player is able to see his convoy while wandering this endless desert, following player steps.

On the other hand, the player needs to destroy enemy settlements, and having a clear view of enemy bases is a must, so the player can plan his attack carefully and not just ram into his own death.

Our first approach was an aerial camera similar to an RTS, centered on the leader; in the early prototypes looks like this: 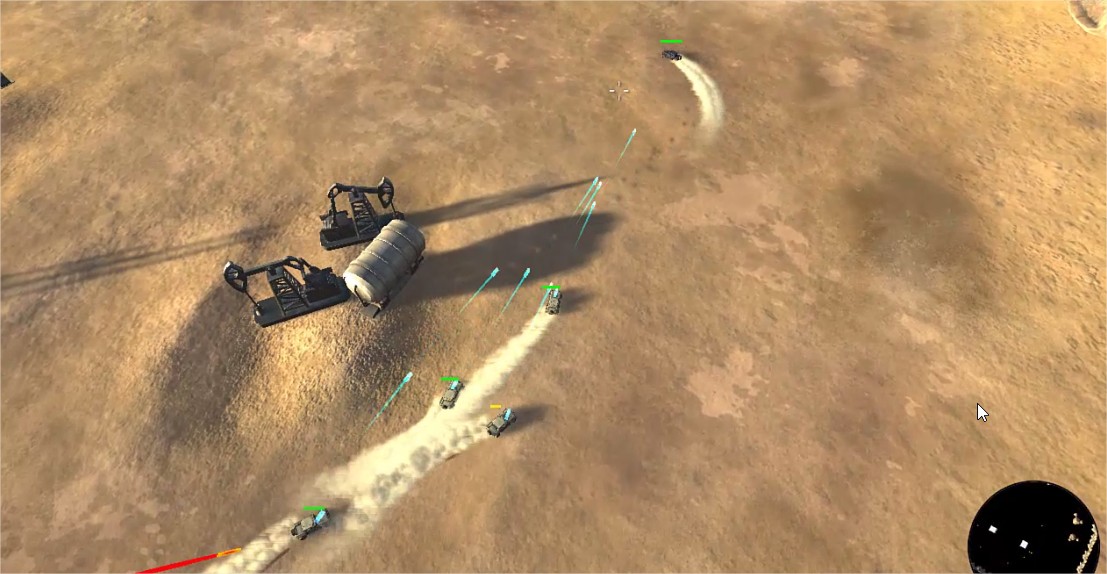 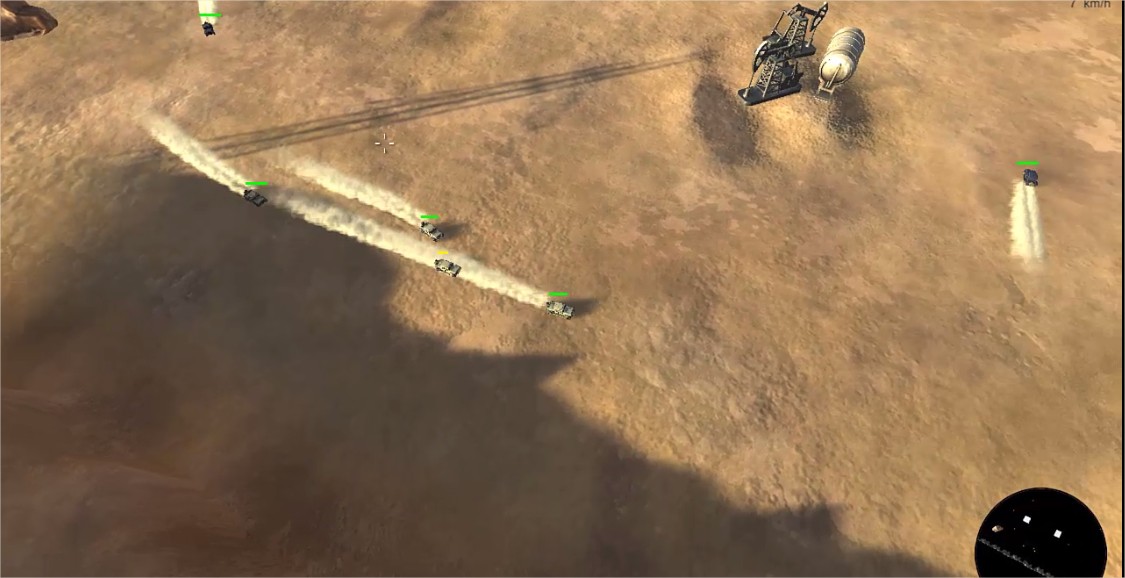 As you can see, the camera center the player car in the center of the screen, it felt nice to the game. So.... What’s the PROBLEM?

In our research within the genre something came up, almost all car games have their camera behind the car. First Red Flag.

Also, their camera is usually very close to the player's car, like in a third person shooter. Second Red Flag.

Is it that players like it more? Is it because it puts the player more “inside the game”? Probably?

But, why is this a PROBLEM? Well, it’s a car game, we know we can build it the way we want, but we need to approach our game to the players that play car games, so in player's eyes it should not look too different to others games they are used to play. An audience problem? Maybe.

First, we attack the camera position, we lock the camera behind the player’s car and lower it down a bit. It felt BETTER.

The only fix we needed to do was to put an easing when the car turns, it felt just horrible without it.

As a negative side, the players see a little less of his convoy, but they are there, sticking out their hoods and completely visible when turning.

Second, we approach the camera to the car as close as we could. This was not good. First of all the convoy becomes invisible, and second, attacking enemy bases becomes almost an impossible task.

On another hand, the art of the game is not prepared to be seen in close up; we started to make a game in which everything is very small, so we built the art pieces with low poly count.

But it had a positive side, it was more fun to fight with other cars. They aren't on screen all the time so it rushes the player to shoot fast and be more aware of enemies.

Hard choice. But to keep the vision of the game, we zoomed out again and decided to add a mouse wheel zoom to get closer to the leading cars if the player wishes (which we haven't implemented yet!).

This is how the game camera looks now: 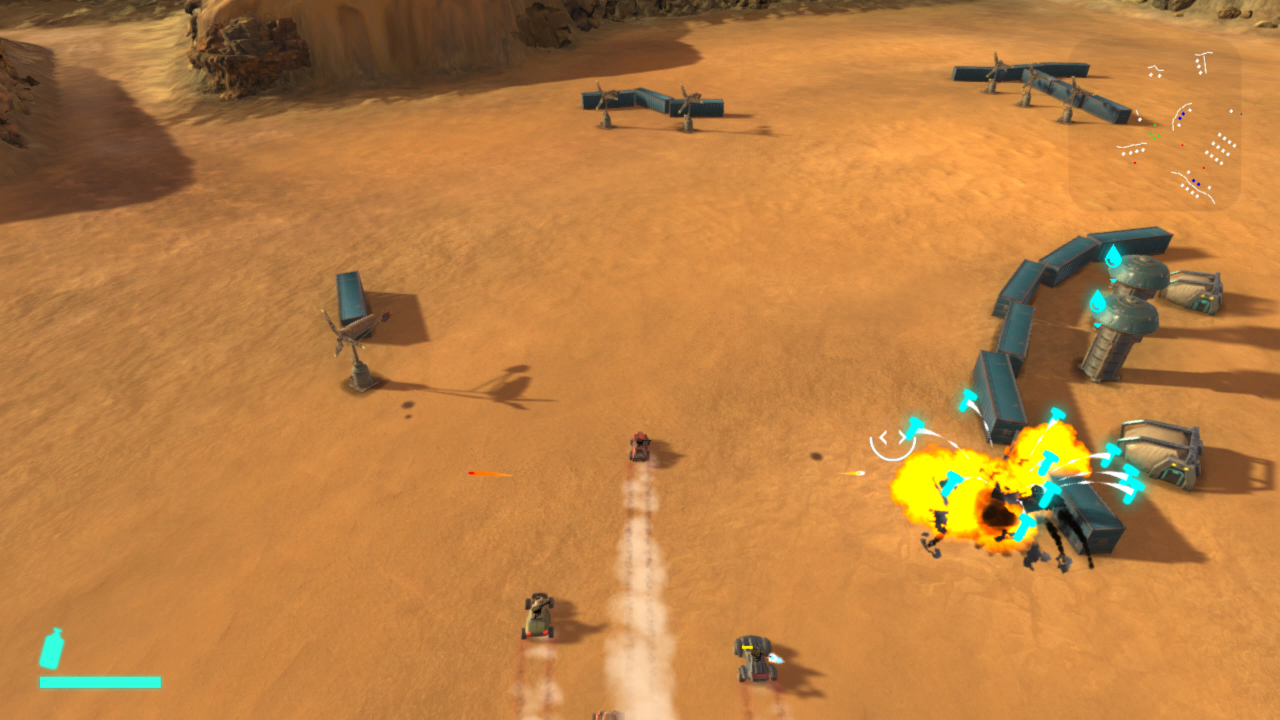 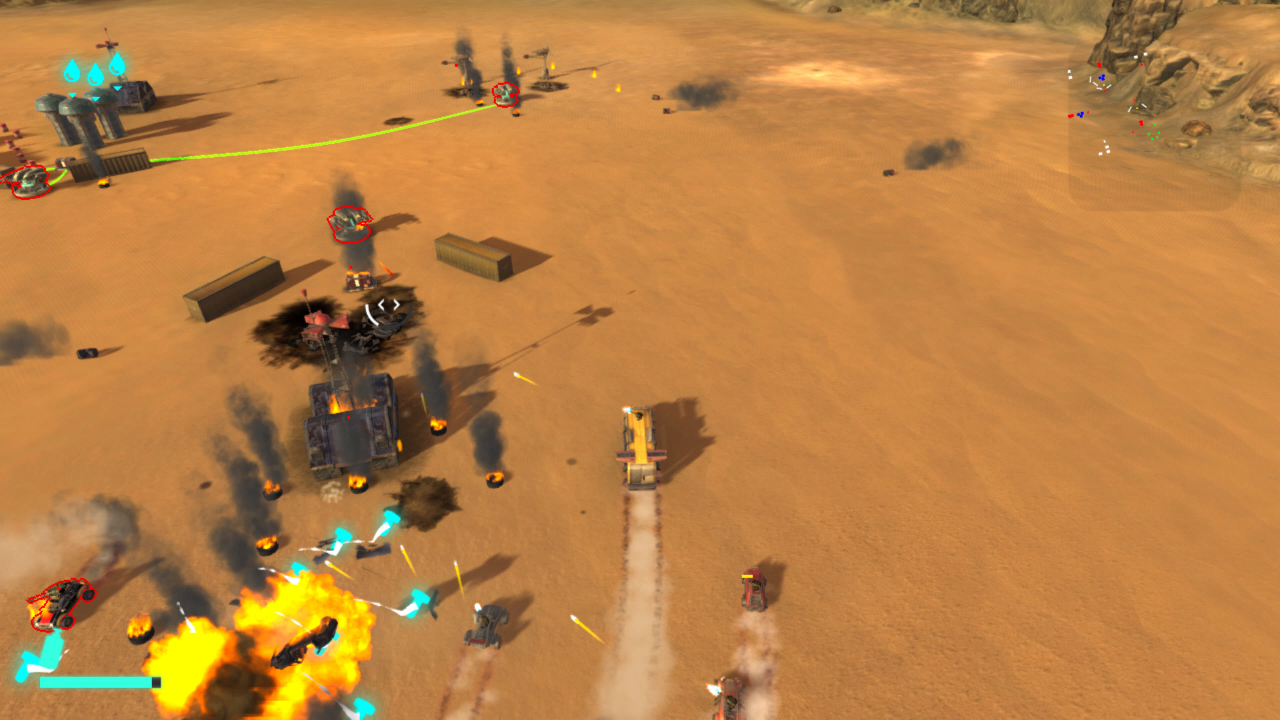 As you can see, the leader is not completely centered, is a little bit lower on screen, so the player can see ahead, the rest of the convoy is visible and you can still get a clear view of the enemy bases.

I hope this rambling is useful to someone (?), thanks for reading!

If you have any questions or suggestions, don't hesitate to write something!

Take a look of the game here: Store.steampowered.com

And press the wishlist button now you are there :o