Fractal Space Pre-Alpha was updated, and it contains many improvements and bugfixes, various Level Changes and Taser System improvements, in addition to a new Performance Mode!

A new update is ready to be tested! As usual, many bugfixes & improvements were added, in addition to a a couple of new features & changes!

We mentioned in our previous update news, that a major collision bug was under investigation for months with the Unity team. It was investigated and solved, but we had to wait for it to be included in order to update Fractal Space with the fix.

We are glad to say the fix is now live, and included in this latest update!

You should no longer randomly fall through any ground for no reason :)

The Taser-Gun shooting and input system has a significant change in this update: 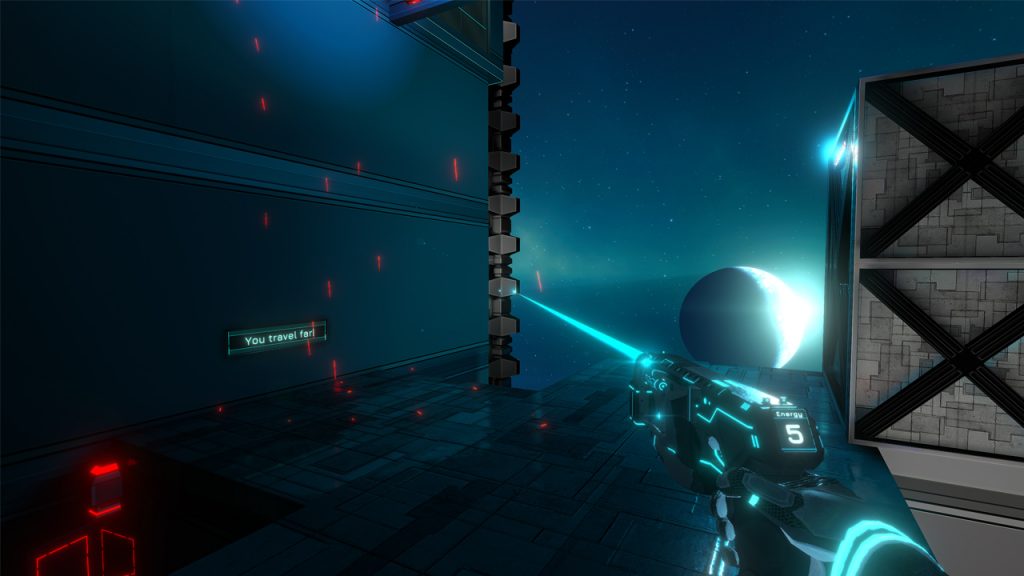 This Hyper-Shot system was always intended, but required some rework of the Taser-Gun that we didn’t have time for. It was done for the following reasons: 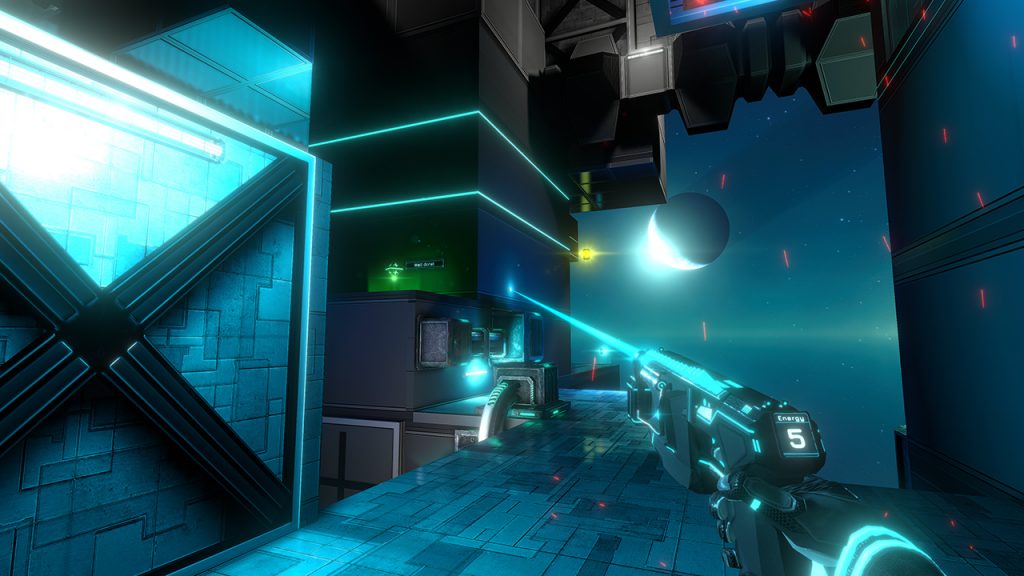 Currently, a Hyper-Shot still only consumes 1 Ammo. It is possible in the future that it will consume 2 Ammo instead - but this is still under investigation. It might be like this soon as a test, and we’ll see how that goes ;)

Note: Later on, there will be a specific visual effect and sound effects that are different for Hyper-Shot (not yet implemented)

From this update, when Reflections are set to Dynamic, water areas now have much more precise realtime reflections. This is very expensive, and should only be enabled with dedicated mid/high-end graphics cards. If you are playing on Mac/Laptop/integrated graphics, it will most certainly result in lower FPS: 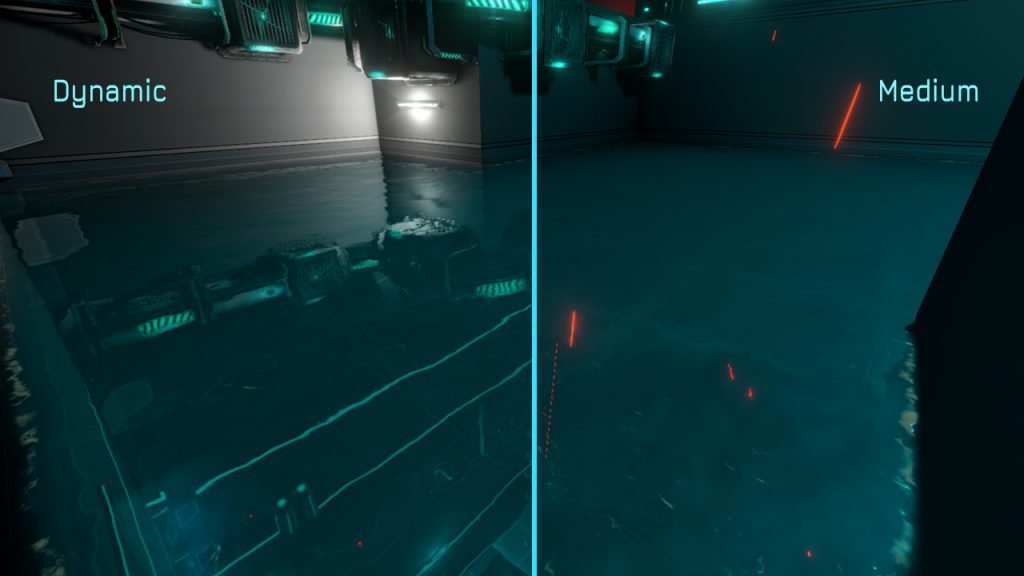 In the future, there will be a separate setting for Water Reflections quality VS Reflections, in case you have decent playable performance with Reflections set to Dynamic, but dynamic water reflections impact your FPS too much. Currently, they are both tied to the same Reflections option.

Fractal Space is now well-optimized and should run smoothly on any modern computer with a dedicated GPU.

If you are playing with a low-end machine or laptop with an integrated graphics card (no dedicated GPU), you'll always need to reduce resolution to reach playable FPS in a game like Fractal Space, which has dynamic lighting and realtime shadows, along with post-processing effects. 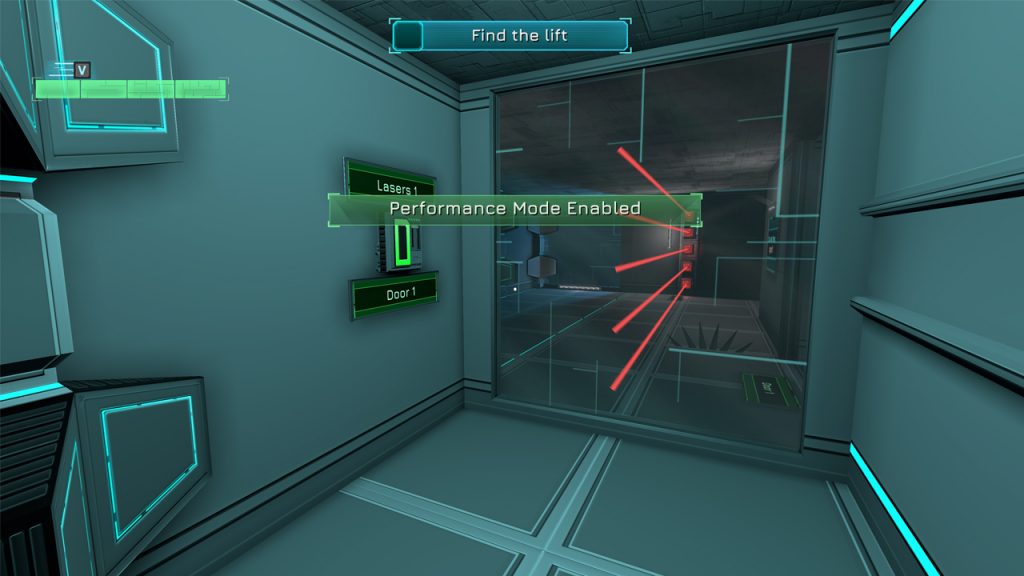 In general, it is not recommended to enable any other post-processing effect than Bloom and remain around 1280x720 when you only have an integrated graphics card.

The game had an old Debug Tool was used by some players to improve performance: ALT + Backspace. This shortcut disabled all post-processing effects. However:

We have now completely reworked this system, to make a proper, officially supported Performance Mode!

The goals of the Performance Mode are to:

In general, the FPS boost provided by Performance Mode should be significantly higher than the previous ALT + Backspace debug shortcut, and should no longer create any visual bugs!

Please note that changing any of the Graphics Options will automatically disengage Performance Mode when applying settings - this is intended, you will have to re-enable it when you are back in active gameplay.

It is meant to skip a part, only for New Game+. It’s next to the large vertical Tower area, around where you can find the very first (optional) Encryption Key of the game: 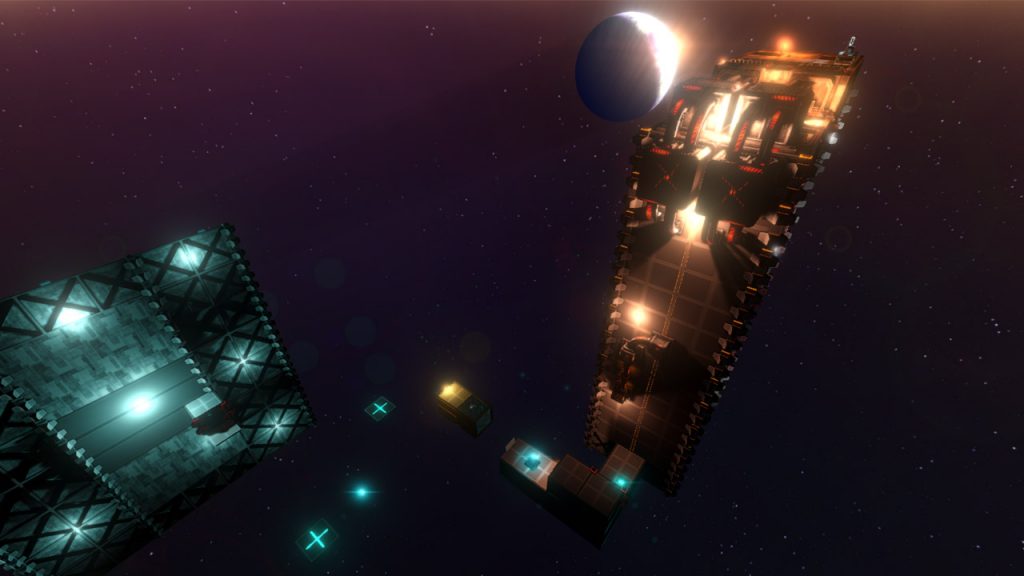 The level has been changed accordingly to avoid most bugs.

If you get Hyper-Shot Level 1 with the Upgrade Terminal just before it (inside), it means you can get out in New Game - which is intended, so you can go to the optional area on the roof in case you missed it, but can’t skip this area the first time.

From this update, there are now 2 new Gameplay options: 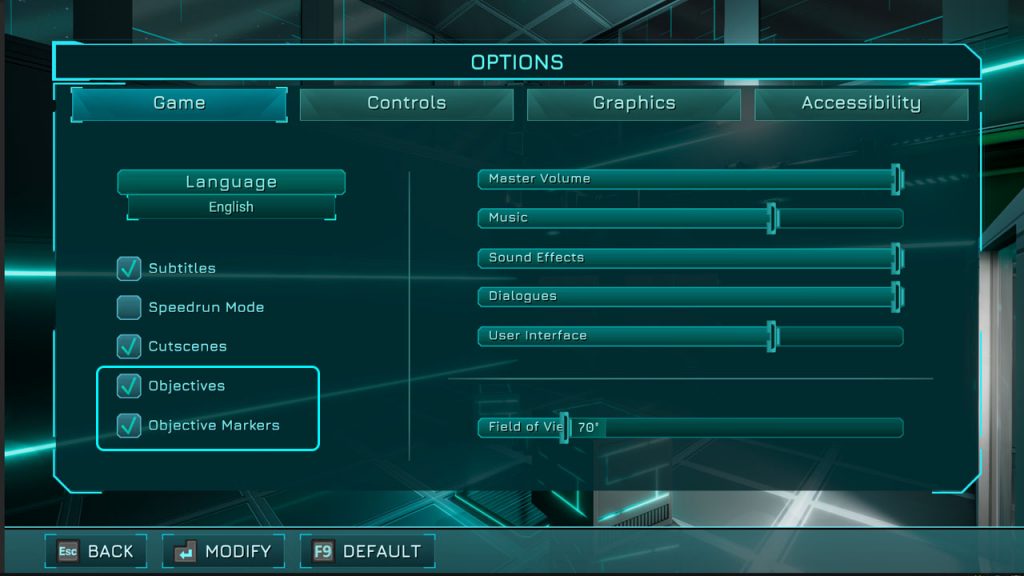 Thank you for testing! We'll continue working on the various remaining bugs, and re-update over the next few days for next bugs ;)