Jump over lasers, avoid terrible moving saws, dodge giant crushers, use your jetpack and taser gun to think your way through puzzles of this mysterious space station. Will you solve the mysteries of this station, and get out alive?

This, my friend, is up to you…

KEY FEATURES
--------------------
✔ Control your Jetpack to fly freely around space!
✔ Use your Taser Gun to activate switches remotely
✔ Find lost recordings to solve the mystery that lead you to this station
✔ Observe and act upon your environment to move forward
✔ Full Gamepad support

JETPACK: ENJOY FLYING
----------------------------------
Defy laws of physics and gravity by firing up your Jetpack to fly freely through space and avoid deadly traps in the station. You cannot risk falling into the void of space, so use it wisely and make sure you have enough fuel to make your journey!

SPACE EXPLORATION AWAITS
----------------------------------------
Explore and pick up hidden recordings throughout the station - they will help you solve certain puzzles, recall what happened to you and solve mysteries about your past, present and future.
Pick up health and ammunition packs as you explore space to help you get through this adventure.

Hello dear Fractal Space players! The new 0.595 update is now ready to be tested, and focuses on stabilizing the new changes introduced by 0.594. 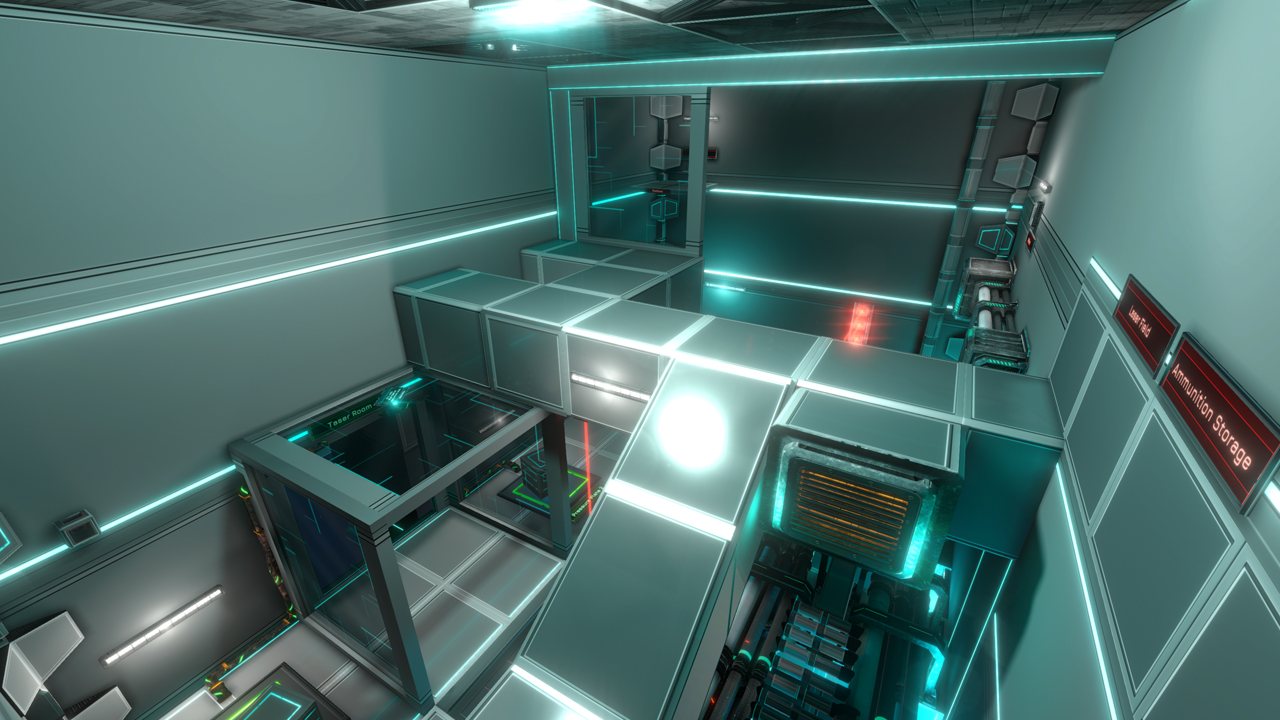 In the next few days, we will be sending Steam keys to the players waiting to access the Pre-Alpha up to Chapter 4.

We are still not showing / detailing much the newly added Chapter 0 introduction scene, as it was only limited to Pre-Alpha testers.

This 0.595 update will also be set live for the Steam Demo and Xbox One Demo, provided we do not receive major bug reports in fresh New Game runs in Chapter 1 (bugs in next Chapters, or in New Game+ only, do not impact the Demos).

All players will be able to see the new introduction in the Demo by the end of next week.

Let’s take a look at the new changes & improvements of this update!

What’s new in this latest update?

First of all, some players were confused about the child’s voice in the introduction, and thought it was only IG speaking. It is not only IG. It’s a conversation between IG and a different voice (a child). It is now a bit clearer in both audio and subtitles.

Animated volumetric fog has now been added to Chapter 0! Having fog was always planned in Chapter 0, but considering both performance and complexity, it wasn’t ready yet.

It should be well optimized already, but is still a heavy addition for some older machines with integrated GPUs.

Performance Mode keeps the fog enabled, but since Performance Mode is now more effective in Chapter 0 from this update, it should allow older machines to run smoother in this scene. Later on, an option for Fog Quality will be added to reduce its performance impact.

The volume of the waves is now increased. You should now hear them more on other shores. 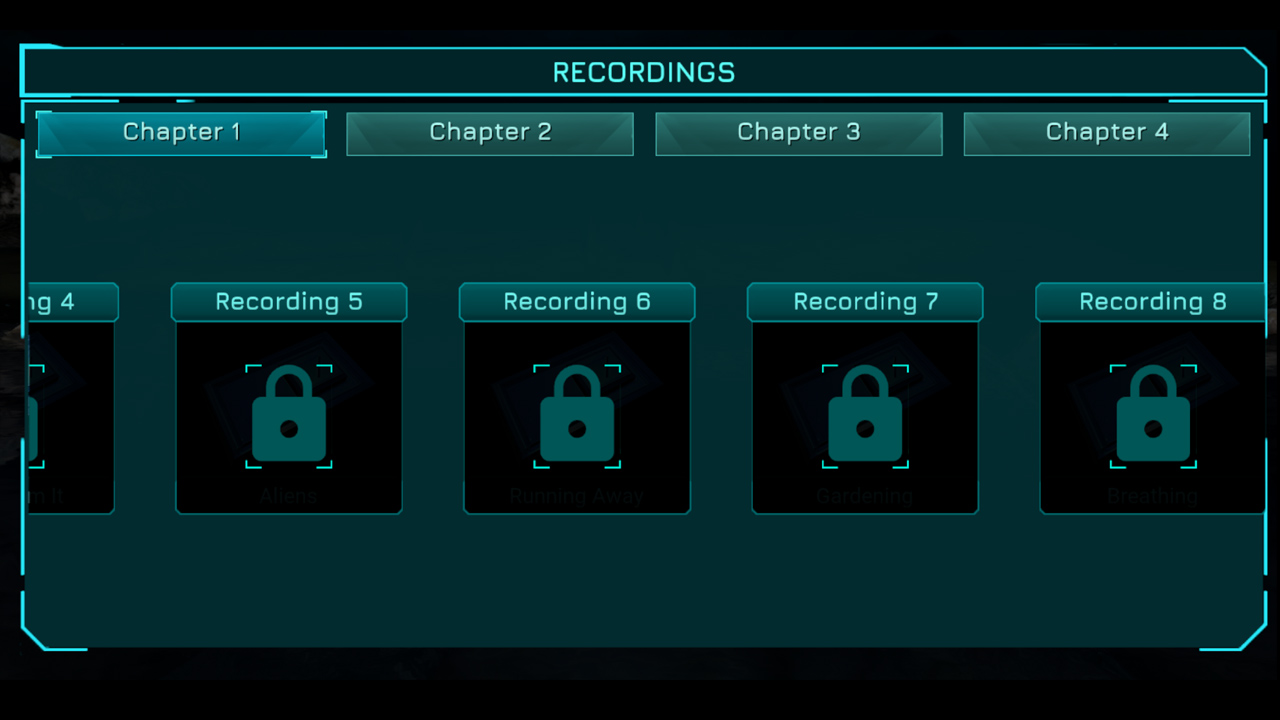 The update 0.594 introduced all-new re-written and re-recorded dialogs for Chapter 1. One major change is that we wanted to try a more feminine voice for IG, and make it feel like her voice was coming through speakers.

However, we understand IG’s voice may have been a bit too high-pitched and could feel irritating. We have adjusted them all in order to try and reduce this effect, but still keep a mild “coming from speaker” sensation.

Hopefully, the irritating aspect of her voice should be now reduced. We’ll continue working on that to improve it.

In addition, some of the new dialogs are planned to be re-recorded, because even though, we feel most of them are better than their older versions, some still aren’t good enough – so you can expect them to be improved across the next few updates (In this update, already a few of them were re-recorded, but not as much as we hoped). 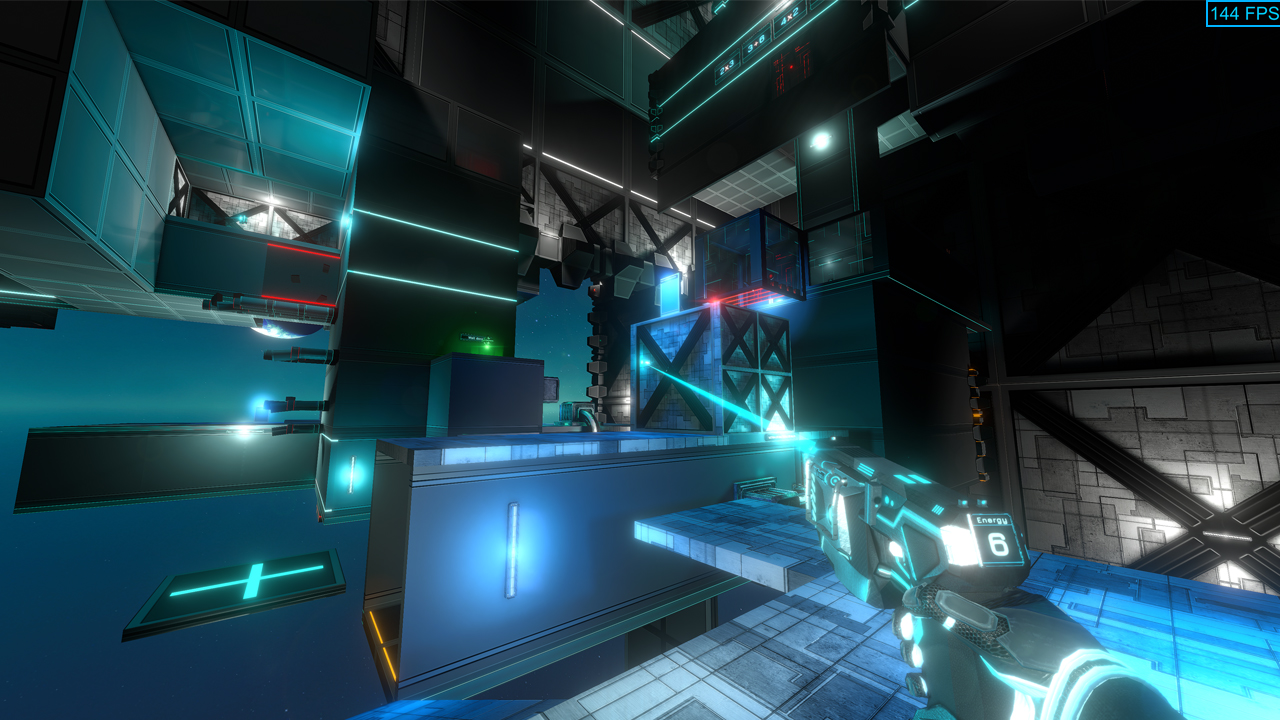 The previous update added the ability to shoot at blinking lights to temporarily disable them (small visual enhancement).

From this update, shooting at dynamic lights that do not blink (most of the time, the ones that can change color, for example lights for buttons, Power Core Slots, etc.), would not react. They now will, just like other blinking lights. Static lights do not (and never will) react, as those need to remain on at all times, for optimization purposes.

Speed upgrade was already affecting crouched movement speed. However, this update now allows the player to crawl faster than it used to, after upgrading Speed.

Achievements were added for acquiring Hyper-Speed, and breaking walls with Hyper-Shot.

You’ll need to reset your save for Breakable Walls related achievements to work!

What was changed in this update? 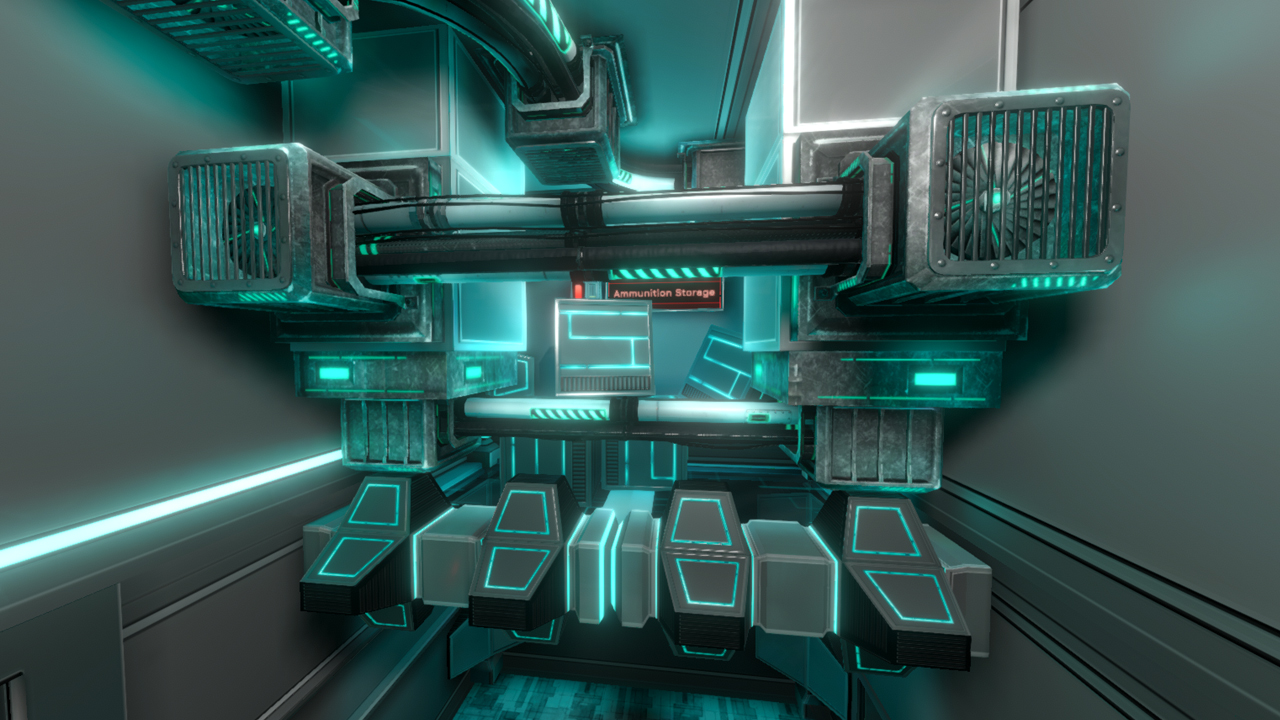 If you are full health, standing on a Health Pack, and then enable Hyper-Speed, it will NOT pick it up instantly (intended, to avoid wasting it to heal just 1 HP). It will instead wait for you to disable Hyper-Speed, or be injured externally, to pick it up. These improvements are not applied to Taser Batteries. It will be done for them in the future (less urgent). 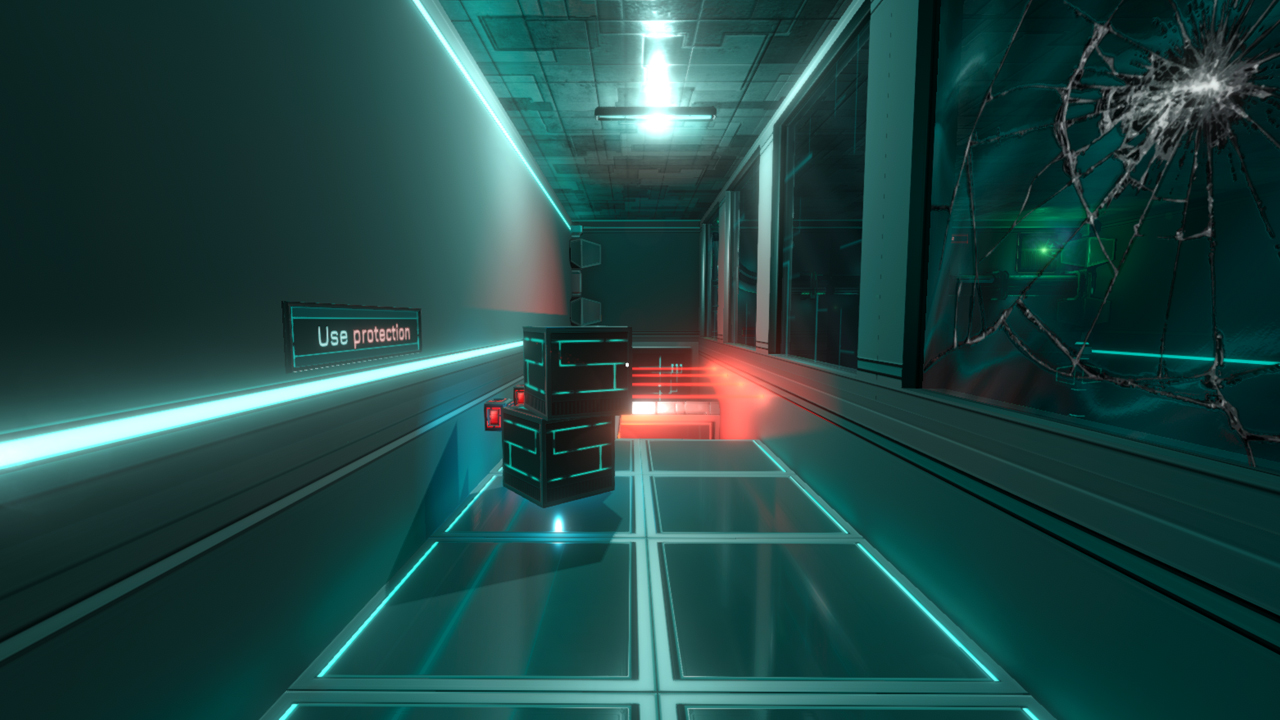 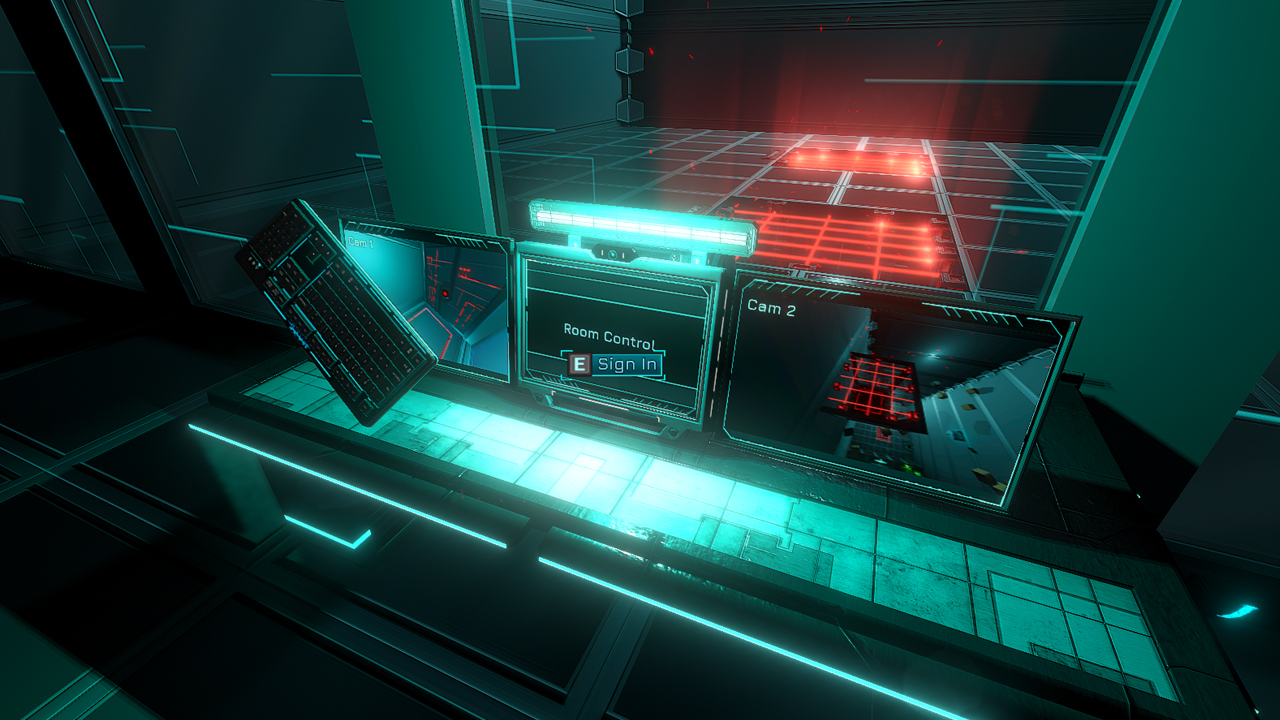 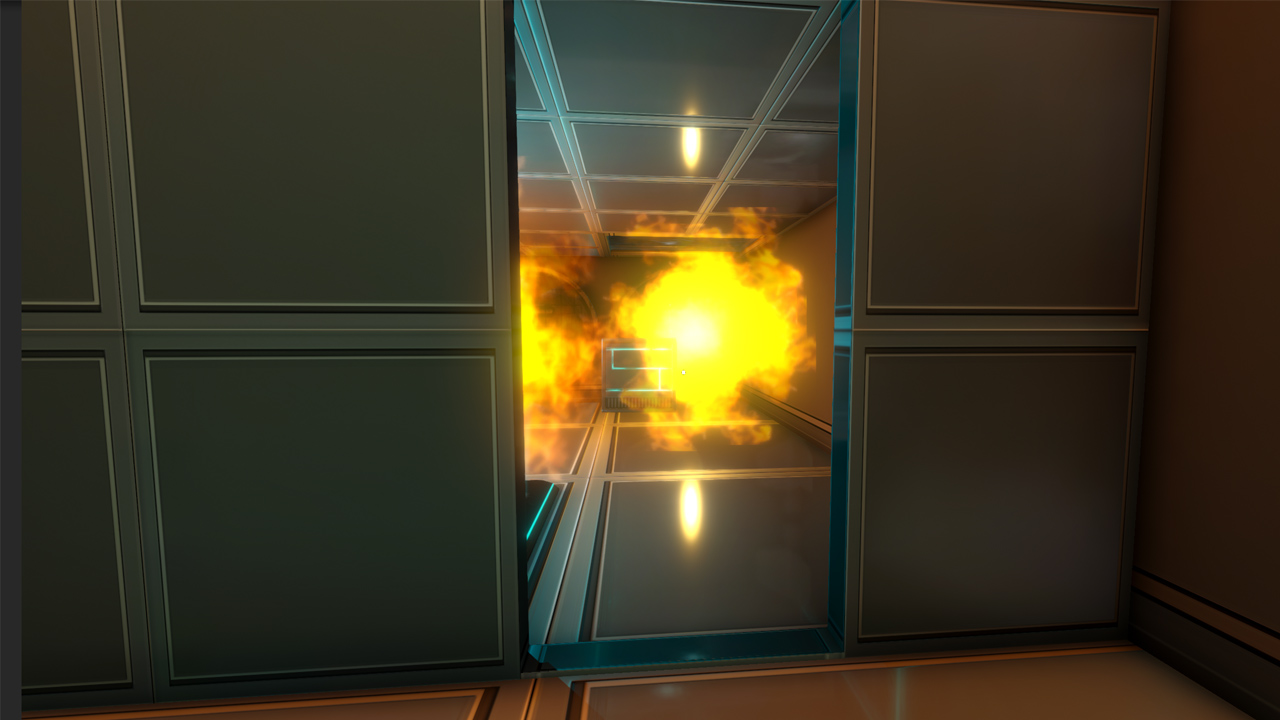 Thank you for testing! We’ll continue working on the various remaining bugs, and re-update over the next few weeks for the next bugs 😉

New update 0.52 of the PC version is finally live on Steam! Many bug fixes and improvements, level changes, and many new Steam key sent to new players!

The latest 0.594 update of Fractal Space adds a whole new introduction for the game, and includes hundreds of improvements & bug fixes.

Welcome to Fractal Space official Discord channel!
Here, you can get news about the game's development, chat with other testers or the dev team directly and report bugs / suggestions to improve the game.

Your game is looking good! Reminds me of portal and the original half life. That sky box would do really well on my game Zukara. lol