We're very pleased to announce that our first major update for Empires of the Undergrowth since December 2017, the leafcutter update, is now available for Windows, Mac & Linux! The update features an all-new rain forest environment with new critters of all sizes, two new levels which will see you face off against fully-fledged colonies, a new Formicarium Challenge where the dastardly scientists have something special planned for you, oh and of course, leafcutter ants!

For those not familiar with it, Empires of the Undergrowth is a real-time strategy simulation / base management game about ants (and creatures that they encounter). The game tries to remain as close to nature as possible, with all the ants and other creatures based upon real world counterparts (apart from a single genetic experiment outlier). The events that occur in the game reflect the true everyday struggles of these tiny insects, leaving the player with an added appreciation of the worlds that exist under their feet.

The game went into Early Access on Steam in December 2017 and was very well received. So much so that we (a development team of three) were able to switch from it being a hobby project to a full-time endeavour. The plan was to finish the full game within 18 months from this point, but it soon became clear that the rush into early access had taken its toll on some of the game’s inner-workings and a lot of it needed to be pulled apart and fitted together again for things to continue smoothly. We put out a few small updates in that time to keep things fresh, but this is the first time we have released new environments, species, and fully narrated campaign scenarios since the launch. 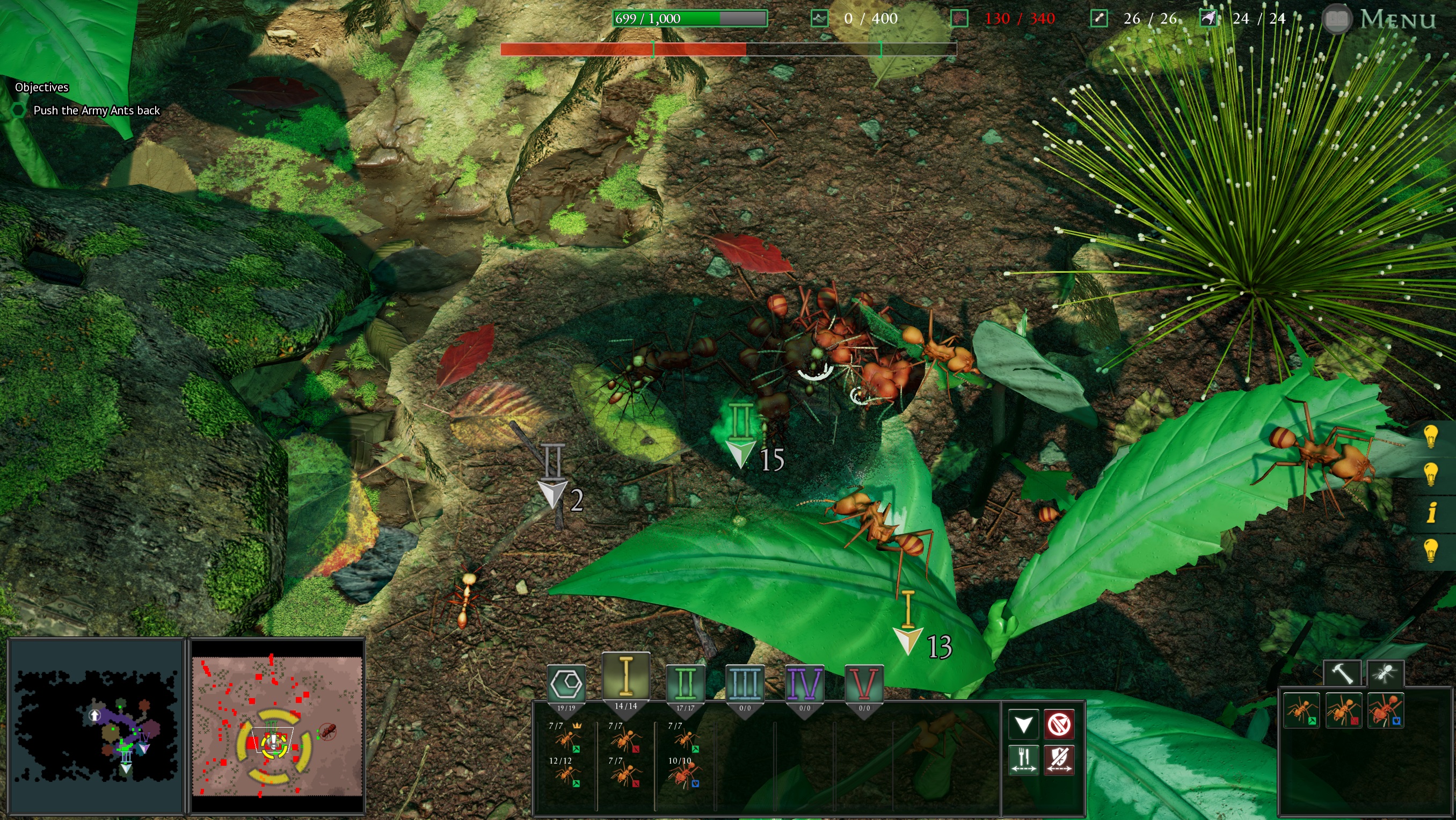 To mark the launch of the leafcutter update, we have also produced a new playable demo of the game. It’s a pretty chunky demo, featuring four remastered scenarios from the original demo, as well as a brand-new mission for the player to test out leafcutter ants. You can find the demo right here on indieDB: Indiedb.com