New devlog entry for my the squad-based survival strategy #steampunkratgame.

Due to a minor holiday break I had to skip a devlog entry last week. But here I am, with some new stuff to tell about.

First of all, as in any decent game, the game settings are now being stored in an external file. Also, the settings now include the possibility to hide tutorial messages. This will be convenient for users doing more than one playthrough of the demo (and there surely will be a lot of them, right?). 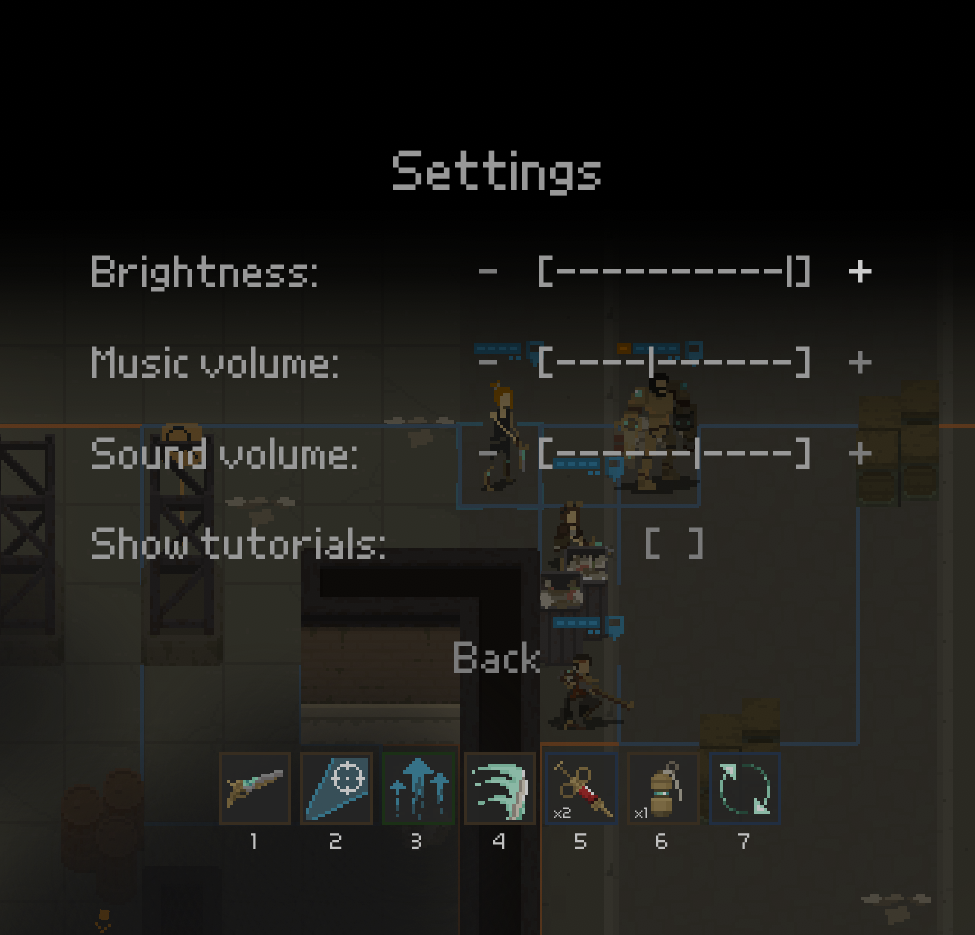 I believe that this will conclude my work on the menus part. I still need some additional screens (like a steam page redirect screen or credits screen), but I am leaving these for later.

Luckily, I have taken care of another UI/UX issue that I had: the display of character traits. So as you might remember, each character can have some positive/negative traits assigned which influence their behaviour and possible actions.

My initial idea was to display a set of icons representing each trait. Such icon whould have a tooltip explaining the trait in detail. Here's how it looked like (note that there are no icons, just empty blue/red placeholder squares):

The problem with this approach was that each and every trait should have an icon. And the icons were not supposed to be very big (around 12x12 pixels at most, I guess). It would be tricky to create distinguishable small icons for every trait, especially as I am planning to have lots of them.

XCOM did have an icon for each trait - but then these icons had higher resolution, and were not always doing a good job at describing the trait visually anyway:

The above icon from XCOM has a crosshair, a flying bullet and a minus sign it it. These are really tiny.

I decided to drop the trait icons completely. Here's my current approach:

I only display the number of traits (positive and negative). Tooltips do the rest.

Icons aside, I also made some more playtesting and decided to slightly change the approach to the evac points mechanic. Evac points are places to which the player needs to guide their characters in order to finish the mission.

Ideally an evac point should not be a static entity on a map. The player should decide where it should be placed, and it would become active only after a few turns.

I didn't want to change the game features that much right now (I still have a lot of other stuff to take care of in order to release the demo this year), but I decided to give the player more choice: there are now two evac points present on a map. This allows the player to potentially change their strategy on the fly, as they are no longer bound to follow a specific route to the one and only extraction area.

And last but not least: I introduced a hard limit on the number of enemy characters that can spawn on a map. This will make sure that the game does not become stupidly difficult if the player is overusing explosives (which draw more vermin).

I mean the game will still be a huge challenge if you spam grenades all over the place, but it won't be unbeatable anymore. Plus having a crazy number of enemies in a turn-based game wastes player's time, as they need to wait for all the moves to happen. Man, still I remember these abnormal waiting times for the AI in Total War: Warhammer II: Mortal Empires campaign...

I am very excited that I will be working more on the soldier class, especially on adding sounds and tweaking his special skills.

Also, do help me out reaching a bigger audience! Share information about the game with anyone who you think could be interested in this.