We begin our post with some news, today we’ll start a new devblog series sharing how a game character is created. In the coming weeks we’ll walk through every development stage, from start to finish, from first idea until the champion is playable and competing inside the Skydome. And, talking about strength, the spotlight of this series will be on Groma! To celebrate it we will also be creating a new splash art piece on her and we hope you can help us on it!

A Champion is Born

Before any kind of sketch or concept, we had in our game design the idea to create a character more focused on support. That champion would be able to raise the stats of its allies, making them temporarily stronger. Therefore we chose to create somebody that would have leadership as its prime characteristic, somebody that would raise the teams’ morale. Rallying them during battles, all the while when alone would be strong enough to win their own battles. Strong alone and even stronger while in a group!

It would be a great leader, capable of inspiring all its allies to show and use the whole of their strength and bravery during battles. Since the very beginning of Skydome’s development, we knew we would feature strong female figures, so the concept of the female heroic leader happened naturally. In her skill set we aimed for a well balanced character, an important piece while defending against enemy troops, as well as while attacking with her interventions.

This set of ideas was the beginning of everything, and after many meetings to form and settle on this concept, we went for the first visual studies. Usually we start by selecting a few words, words that describe visual elements, actions or even feelings. These words help to set the direction during the visual studies, all the while embracing everything we wish to transmit visually with the character.

The first sketches for Groma.

Considering that in Skydome all the champions are also part of a tribe, we worked toward making her tribe visible in the design. We aim to maintain a visual identity between the members of each tribe, therefore Groma inherited tribe traits, such as style, elements and colors that are common or complimentary to the other members of the Forgeborn tribe. 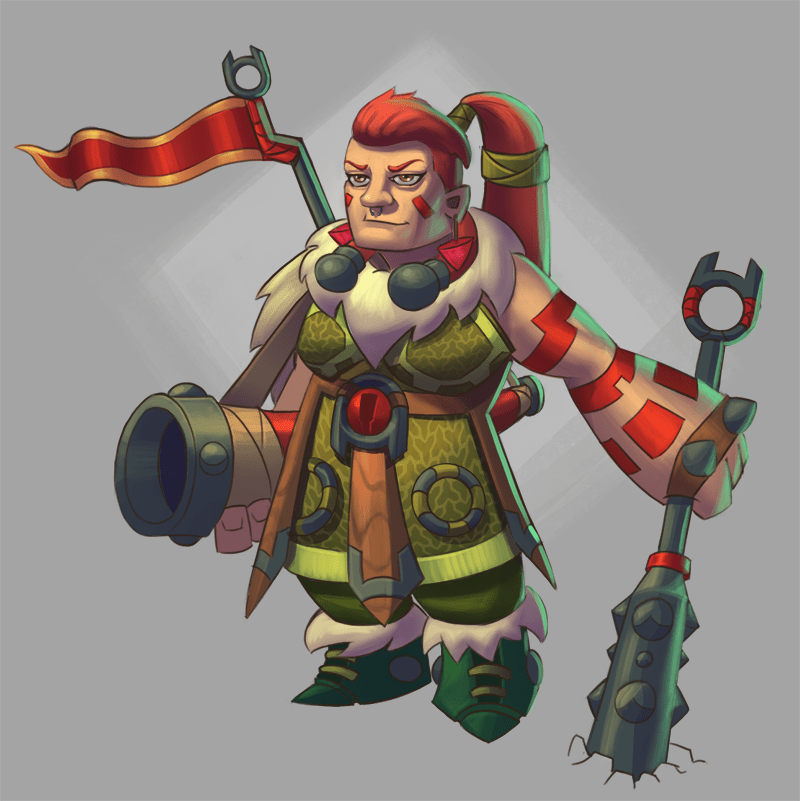 Next step would be defining which would be her relic, the relic is an important part of each Forgeborn. It’s usually a weapon or an item relevant to the character, which is given to them during a ritual by the main Forgeborn symbol: the Forge itself.

During our research we found multiple cultures around the world that used instruments during battles to intimidate enemies and make its warriors stand up against the odds without flinching one bit. Our favorites were the ones that involved war horns, a concept that fit very well with the ideas we had in mind for Groma, since it strikes fear into the enemies and at the same time is a reassurance to allies.

Another element which we considered of the utmost importance was her banner. Besides being a very iconic visual element, the usual message transmitted is that she’s not just a simple warrior. By carrying and flying her standard it reinforces the image of an official, showing that her and her allies are not alone and do represent something bigger. 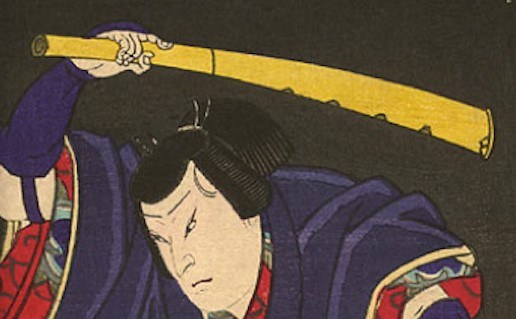 Example of japanese flute shakuhachi, which also happened to be used as a blunt weapon.

In her first version, in addition to the war horn Groma also used to have a mace as her weapon of choice. Looking to simplify her silhouette and inspired by the ‘shakuhachi’, which is an old type of flute that was so heavy that it was also used as mace by samurais during feudal Japan. We then opted to make Groma’s life easier by combining the mace and the horn in a single element, ‘shakuhachi’ style.

The processes leading to the final concept art of Groma.

That was basically how we ended with the current visual of Groma. We thank you for joining us today and hope you have enjoyed this post, we look forward to sharing more next post when we’ll walk through and talk about 3D modeling! Feel free to share with us what you think about Groma and her elements with a comment below.

Also, we're really glad if you read this far. Thanks! To celebrate the Groma's character creation series we will be developing with your help a new splash art piece based on Groma herself! 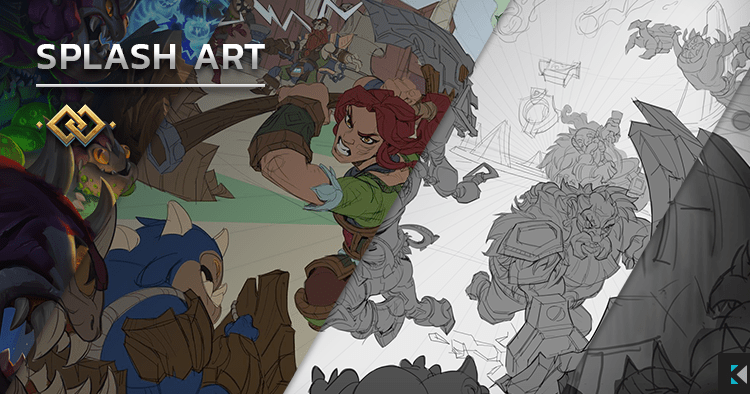 But, what is a splash art? 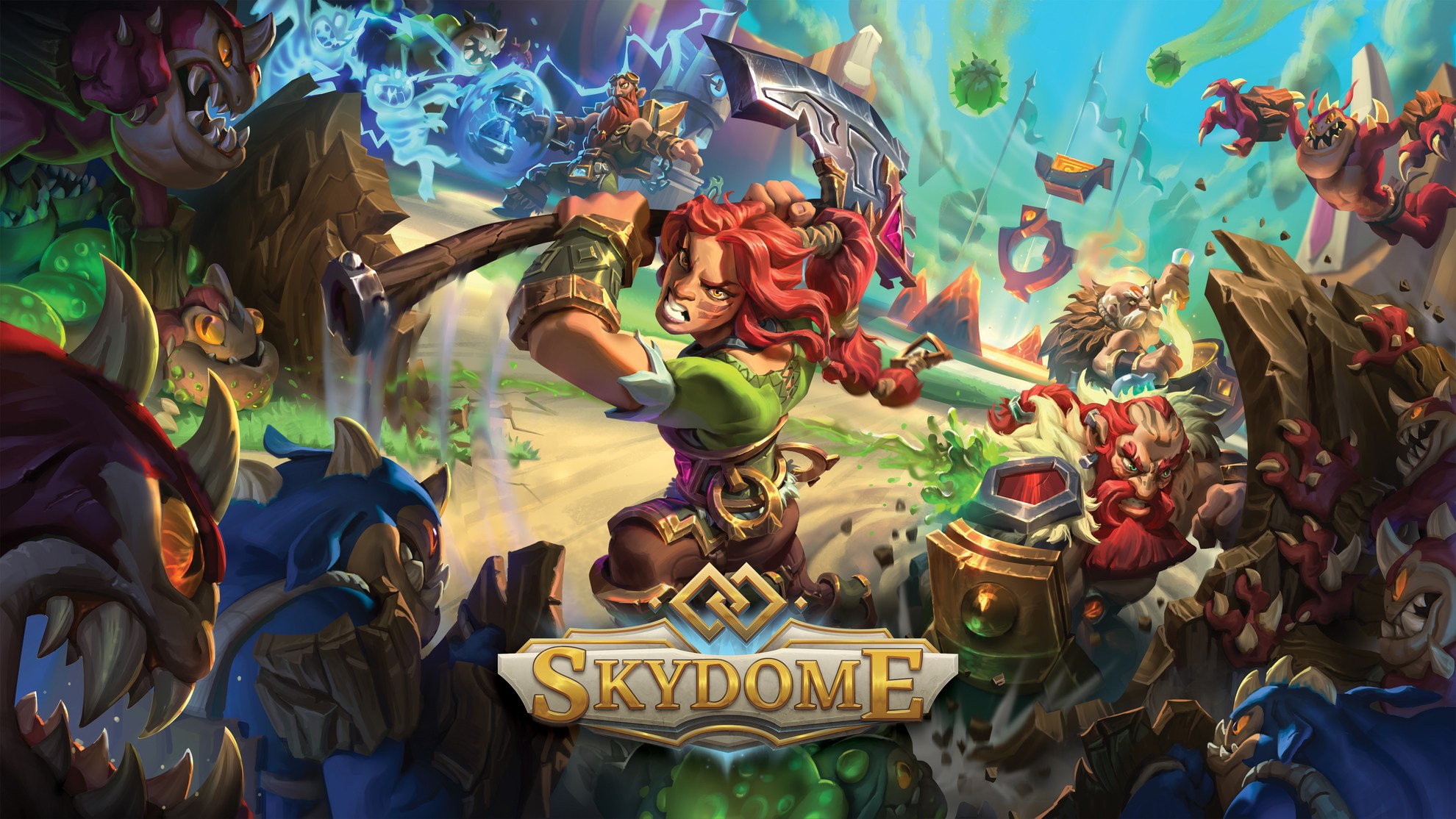 Splash Arts have that name for being used during whenever a game is changing scenes, be it the game opening or loading something else. You will usually find a splash art there, making it all prettier. They also serve the purpose of being an introduction of whatever is to come, let’s use the splash above as an example. The main objective with that one was to summarize Skydome’s concept, giving an idea of how the game works and trying to pass the feelings of a match.

And how is our approach gonna be?

The steps and evolution of a splash art creation.

The main theme of the splash art we are planning to develop together is Groma, by the end of it we aim to have a very pretty art showing more of the Forge Commander.

We will update this blog weekly with whatever work was done on it and what we are planning to be the next step. We will always try to end it with a question, a poll, or something along that line. And, between each post, we will consider, take note and integrate all comments, feedbacks and such (hello Discord), to help direct the development of the next step, which shall be shared here on the following week.

Example of Thumbs used in the creation of the Concept Splash Art shown before. We plan on having something like this to show you next week.

Thumbs are the first sketches. Besides being done in a somewhat quick way, they are very important because they allow you to get a grasp on the elements and the image composition. Therefore, the first step is to create a number of thumbs. It’s really nice to have options to choose from, with each thumb having a different approach to the theme. 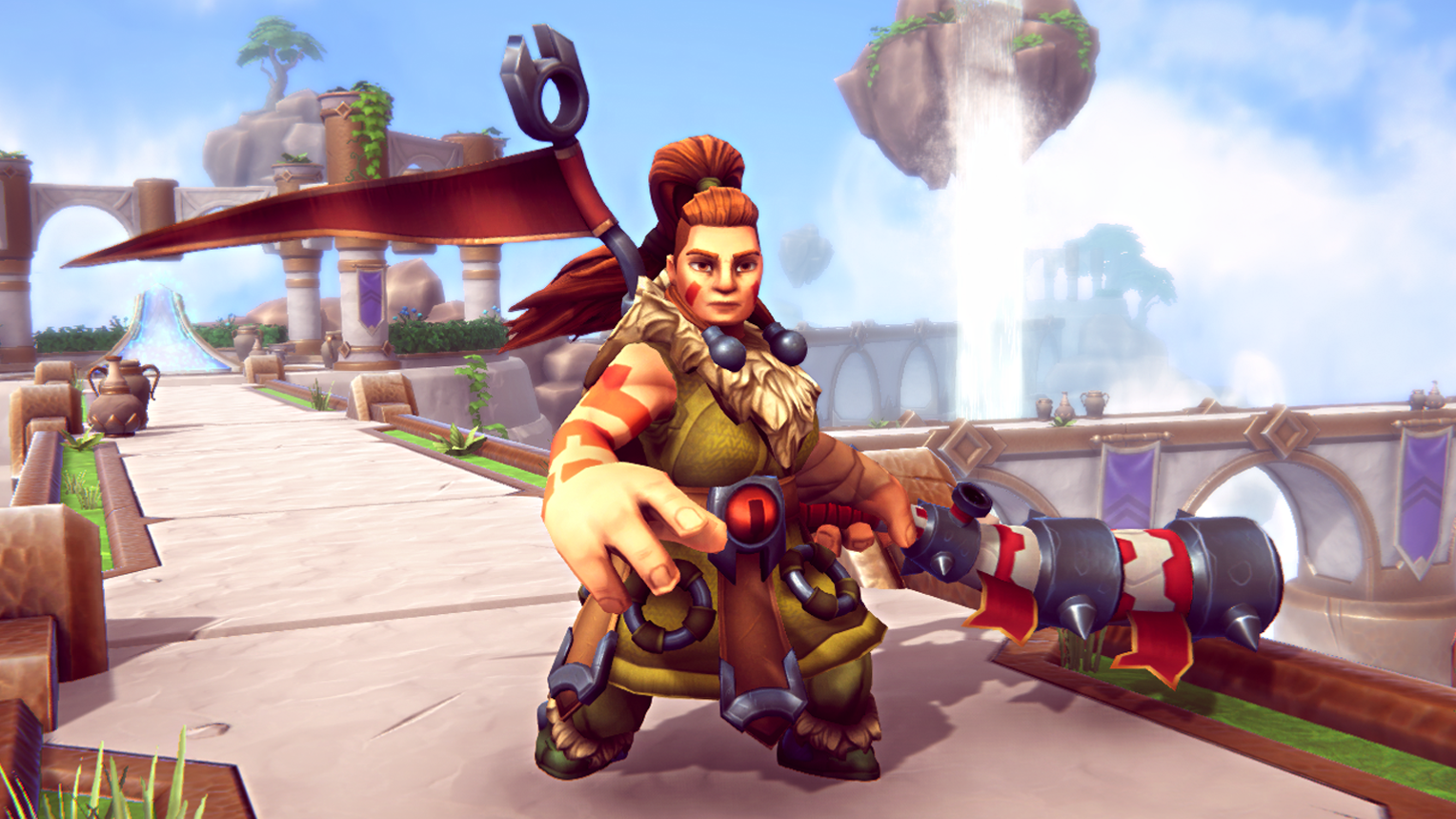 Groma – The Forge Commander is the theme of our upcoming splash art.

We already have some thumb ideas to work on and show you next week. We are planning to hold a poll for all of you to choose the thumb which will be the base of the splash art.

Until then, we would like to know: Do you have an idea to share for this Groma Splash Art? Any suggestion?