Hey all! If you happen to browse #gamedev on Twitter or IG you may have seen some of the updates and things I've been working on, but for everyone else out there it probably seems like I haven't posted anything in... a year? Maybe more. So, here's a big ol' update on some of the things I've been up to!

So these were not originally going to be in the game. However, as I was forced to cut features due to time constraints, I decided to add the portraits to the dialogue box in an attempt to give the characters of the world a little more... character. For a solo dev, I think adding character portraits is a great and quick way to really make the world come alive. Below are a few portraits I've whipped up for some of the NPCs. 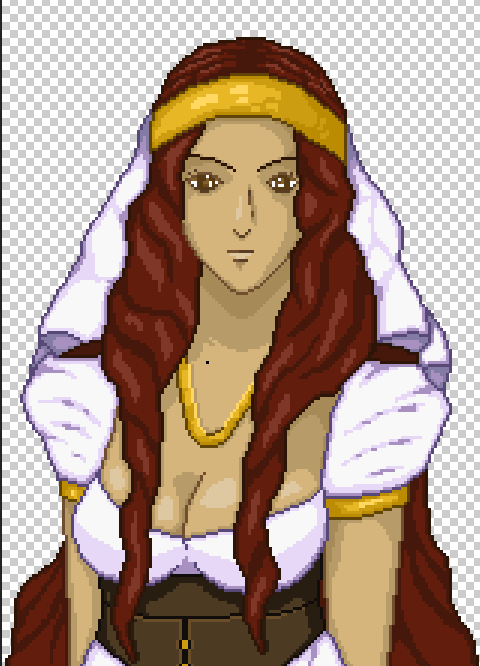 Rhiannon, of the Mabinogion. You'll meet her early into your adventure. She definitely looks like shes from a different time period. 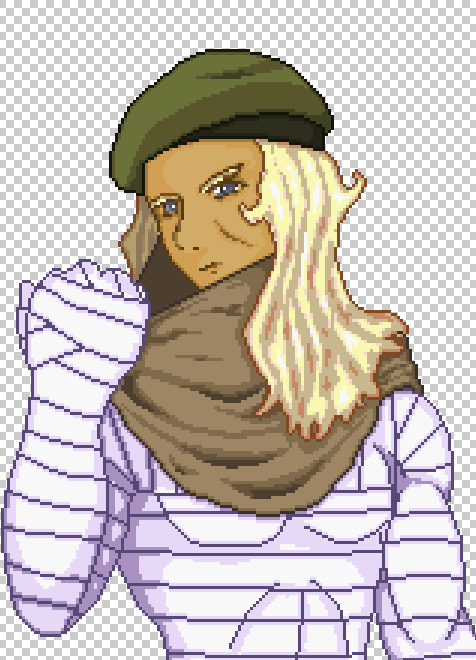 Torc, leader of the soldier of Caithe. His once temperate homeland is now forever scorched by the blazing sun. The world truly has changed forever. 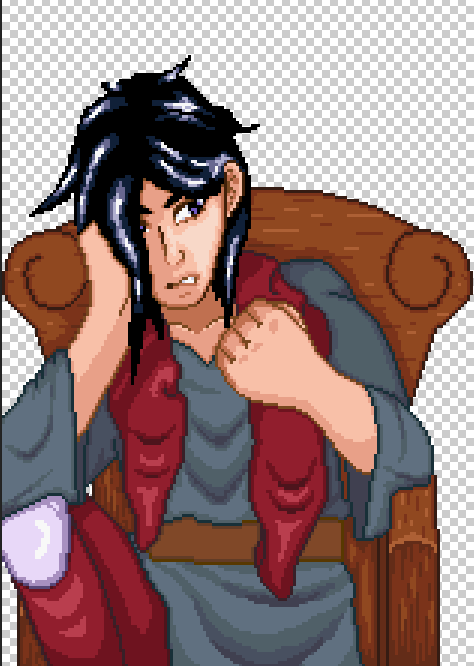 Art, always in search of power and wealth, left his homeland for greener pastures. Whatever happened to him little known for he has never sent word or returned to visit. 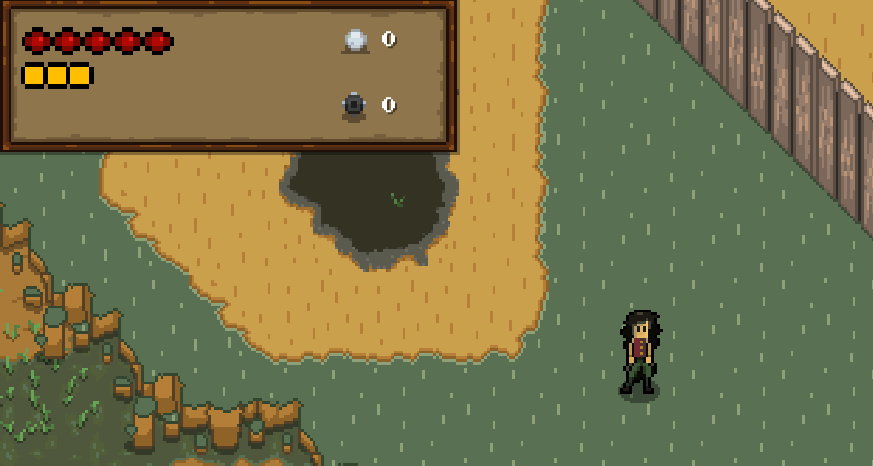 For a while now I've been thinking about how I could add some sort of currency or collectible to the game without it being completely out of place. I decided upon a "Scrap" counter (represented by the gear/cog icon), and a "Food/Candy" counter represented by the Jawbreaker icon. Now, I'm not entirely sure if Jawbreakers are a thing world-wide, so I may have to go with a more generic icon for candy. If you know what a Jawbreaker is, please leave a comment below. If you don't know, leave a comment too!

Candy and scrap can be traded, bartered, or gambled with in exchange for new cards, power-ups, etc! 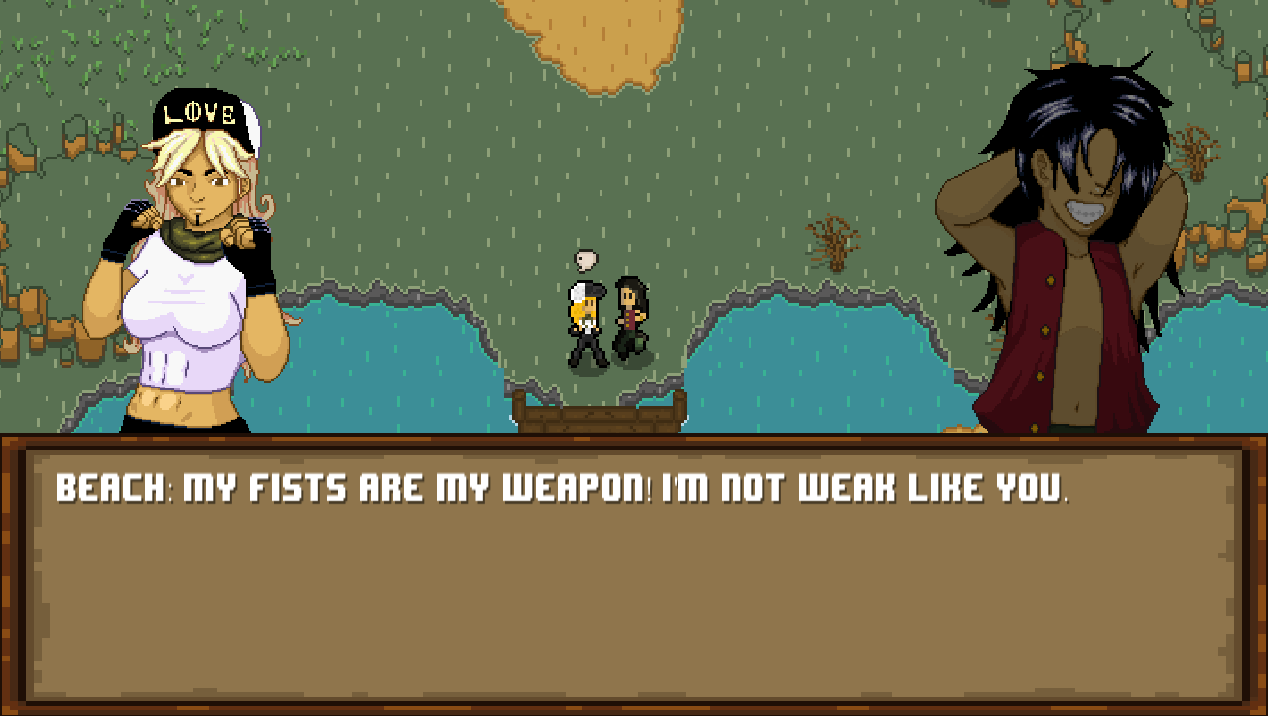 And here's a quick peek at those character portraits in use! I went with a simpler, cleaner looking text box and I think it's really much easier on the eyes.

I've also been pretty busy re-writing my quest system for maximum efficiency. Prior to the update I was writing quests individually. Each quest had its own script and was hard coded. It was awful, messy, and worst of all: extremely time consuming. What I have now is a single script fully utilizing Unity's great editor window to make setting up quests as easy and clicking a few check boxes. Need to talk to a specific NPC? Check a box. Need to defeat a boss? Check a box. Require a key to open a door? Check a box. Quick and simple. :D

In addition to the quest system, I've had some time to add a couple new skills to the game too. One of the skills is a horizontal rush attack that also works great when trying to clear broken bridges/floors etc. The other is a teleportation skill that can get you out of tight situations in battle and lead you to secret areas in the world.

You can check out my Twitter for GIFs of these in action! (I'm not sure how to get a GIF into this article).

Welp, that about does it for now. Keep an eye out next month for another big update where I'll go over some of the new areas and enemies I've been adding! Hope to see you then!

Check out my socials in the mean time!