In this article we show the work we've done with the monsters of the game, some gameplay with the vehicles and announcements for the second demo.

It has been a while since our last dev. diary, and in that time we've made a lot of progress with the game. The game is getting closer to a point where it will move from Alpha into Beta stage, and today we want to share with you some of the features and additions we've made so far :

There are 6 different monsters in the game, each one with a completely different fighting style, different special attacks, and dfferent advantages and disadvantages. During the past weeks we've been hard at work designing all the movements and animating them. Also, many of these monsters also have transformations or different effects that get triggered on special situations, which also meant we had to design complex ways to handle this work. Here are some of the results we've had :

Animating Nakimaton the chameleon has proven to be a real challenge, since this character will actively use its tongue a lot with the fighting style we've designed for him. But we finally worked around the obstacles to come up with a good enough final result 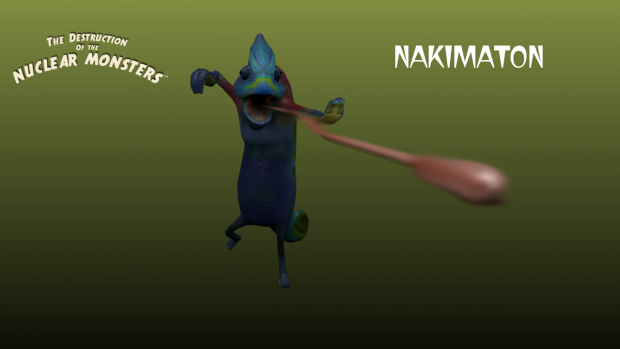 We've also made progress with the transformations of Kethek, the GOD monster, which will be able to transform and access a super-powered state for short periods of time, as shown here :

During the following weeks we'll also start testing more heavily the multiplayer portion of the game, as well as polishing the actual combat mechanics in the middle of Atomville, so expecto to see during these weeks some destruction videos!

But monsters are not everything, and that's why we have to talk now a little about the vehicles.

THE SECOND DEMO, AND VEHICLES!

As part of the work that we are doing, we are also preparing a second small demo for the game, as a test drive for several of the vehicles that you will see in the final version. In the game you can play as the humans as they try to fight against the Nuclear Monsters and recover control over Atomville. There are vehicles for land, sea and air in the game, and each one of them has its own advantages.

When you play as the humans using a vehicle, you will need to complete different missions, be it defend an objective, attack a monster, or just survive for a certain period of time. With these missions you will get points that can be used to change into a more powerful vehicle, call air strikes as support, call the army, etc. Everything while you try to protect Atomville. 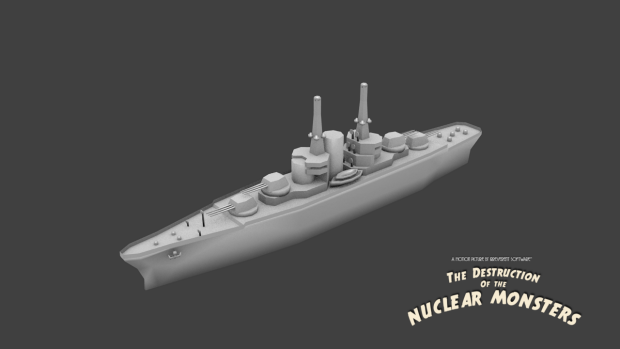 This demo will be released next week, and will be the last small test drive we will release during the Alpha stage. The next demo will feature actual gameplay once we get to the Beta stage. For this second demo you will get to drive (so far, we might add more vehicles to test)

And that brings us to the last news for today's article :

Starting with this second demo, and all the way to the final game, the Destruction of the Nuclear Monsters will be available both in English and Spanish versions. With your support we will try to add more languages as we develop the game, but we need your feedback to know which languages you want to see added to the game so, remember to give your opinion in the comments, as well as your feedback for the features we are implementing (or the ones you'd like to see implemented!). We always reply :)

Also please remember to support the game by voting on Steam Greenlight, following us on Twitter, spreading the word about our work and giving your feedback. Every bit of support helps us a lot, especially in this early stage of development.

The next article will be to announce the release of the demo, and we are also preparing a small montage video showcasing some of the destruction you can expect in The Destruction of the Nuclear Monsters, so stay tuned!

Thanks for reading, and till our next article!