The Destruction of the Nuclear Monsters™ 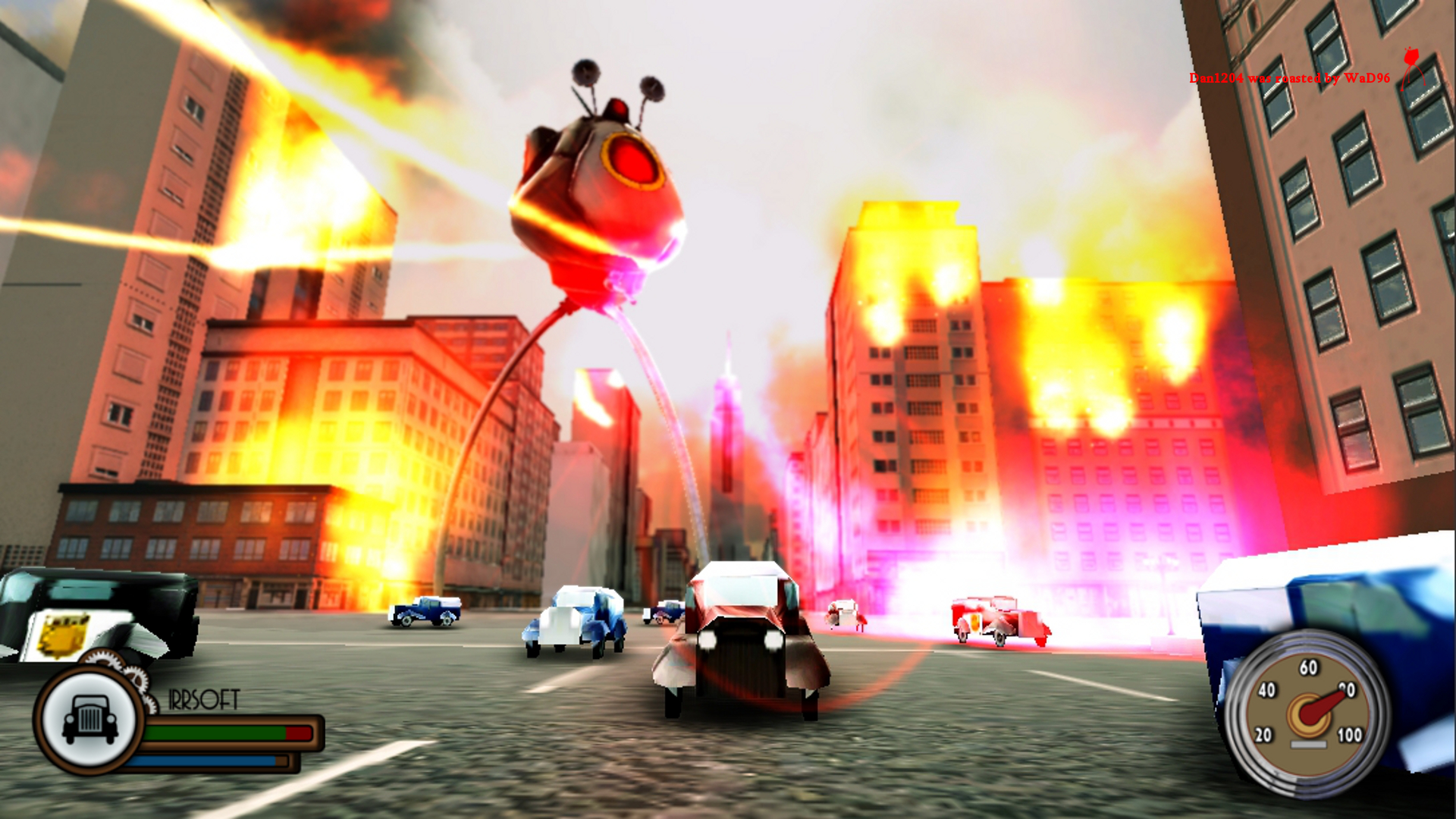 The Destruction of the Nuclear Monsters, sneak peek - Indie DB 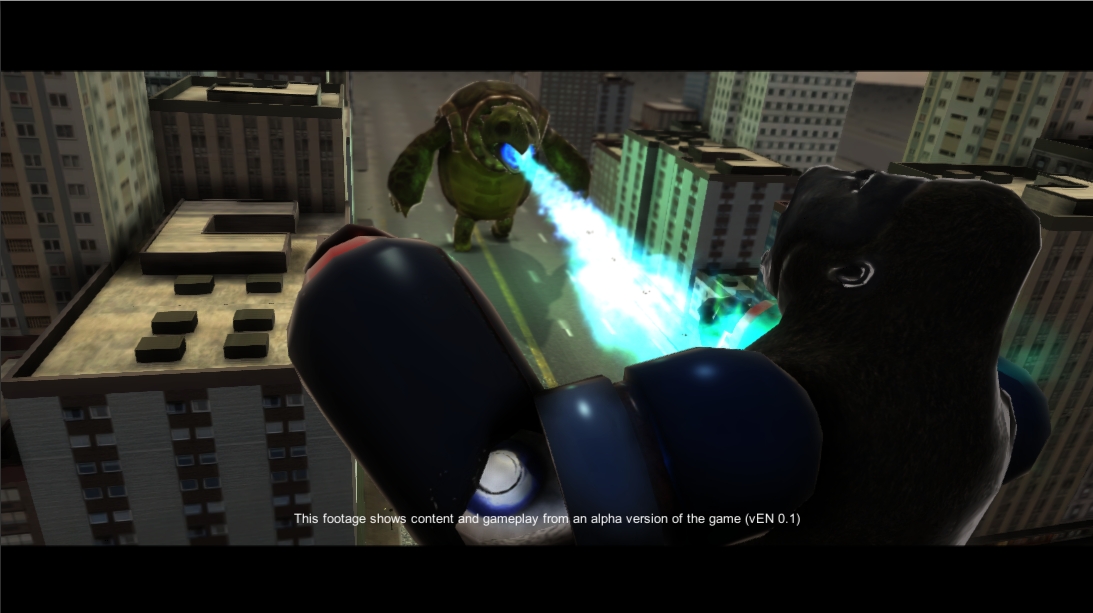 The game is currently in an early Alpha state. The minimum requirements so far (they may change) are :

News : A new alpha demo for the vehicles!

It was a really long and tiring week, with lots of work and all-nighters, but a new demo is finally here, with some very early alpha content of the game for you to try. Take it as a sneak peek, a teaser of what is to come later in the game.

The demo comes both in English and Spanish, and is available both for Linux and Windows systems. You can get it right here :

But let's talk about what you can find in this new demo :

In the new demo you can play a tank training level, where you will have to destroy a number of targets in less than one minute before reaching the safe zone. In the full game, tanks will be used both in the Humans campaign and the multiplayer mode when you play as, well, the humans.

The game system for multiplayer works by levelling up. You start with a civilian car or a services vehicle (bus, ambulance, fire truck) and you have to complete a series of simple missions (surviving against time, going to the hospitals in the city, putting out fires in buildings) to get points and level up, changing your vehicle into a tank, a plane, a ship, and finally, the HADES giant robotic suit. 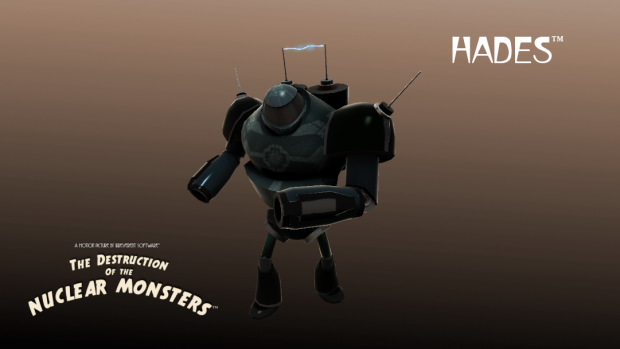 These missions will also give you unique abilities like calling air and artillery strikes. But speaking about planes and airstrikes...

On this part of the demo, you will fly an airplane through a series of yellow rings, destroying targets at the same time. This will be useful as in the finished game you will be fighting against the giant monsters while flying among the buildings of Atomville.

And as we will also have civilian and services vehicles we decided to include the fire truck. We said before that the demo would showcase civilian cars and police cars, but we wanted to include a more complete experience, and more different, so we included the fire truck instead, as it can put out the fires on buildings.

FOR THE NUCLEAR MONSTERS

This is the last demo for the Destruction of the Nuclear Monsters during its Alpha cycle. The game will continue with a fast development to move towards the Beta cycle now that the basics for gameplay and graphics are in place. In the upcoming months we will finish the Atomville open map, several smaller arenas for the fighting as well as all the core mechanics of the game, including the network components for the multiplayer.

Once we are a little further into the Beta stage of the game, we will release the final demo of the game, with actual multiplayer gameplay to let you see first hand how the full game will play. Also, as we get closer to the end of the development cycle we will seek options to get the needed funding to add the last details and improve even more the quality.

But for all of this, we need your support. Every bit of support you can give to the game is very important, be it sharing links to our different profiles, voting on Steam Greenlight and by leaving your comments and feedback for the game.

We will keep posting updates here on IndieDB daily, as well as on our official Twitter account (@IrrSoft) under the hashtag #NuclearMonsters for you to follow its progress.

If you have any doubt, questions, if you want to contact us or give your feedback you can write it in the comments below, send us an email at irrsoft@zoho.com or through Twitter. We always reply and every bit of support is very appreciated :)

Thank you everyone for reading, and see you in our next Dev. Diary!

In this article we show the work we've done with the monsters of the game, some gameplay with the vehicles and announcements for the second demo.

In this article we will cover some news about the development of The Destruction of the Nuclear Monsters, the new interactive tests we released, and to...

In this article, we will show you the human characters of the game, some early videos from playing as the humans, as well as a more complete description...

In this article we introduce you to the 6 playable giant monsters of our latest game, The Destruction of the Nuclear Monsters

This is a small interactive test, a small demo, that will let you control some of the vehicles of the game in a controlled scene. This is a build from...

This is a small interactive test, a small demo, that will let you control some of the vehicles of the game in a controlled scene. This is a build from...

This is a small interactive test, a small demo, that will let you control one of the giant monsters in a controlled scene. This is a build from a very...

This is a small interactive test, a small demo, that will let you control one of the giant monsters in a controlled scene. This is a build from a very...

I have a great desire to play Elite vs. Freedom. It is possible to send me a demo or full version.

Hi there, and thanks for commenting, but it seems you commented in the wrong game :)

This profile is not for the game "Elite vs Freedom", but if you want to play our game you can find the demos in the downloads section (and more will be uploaded as we progress more with the development) :)

I like the artstyle, reminds me on some good old games.
Stubbs for example :)

Thanks for your comment! We are glad you like it. The artstyle is inspired in fact by several old games and movies, and we wanted to give it kind of our own semi-realistic semi-cartoon design, mostly with the body proportions :)

Thanks again for your comment!
The Irreverent Software Team

will there be military tanks, and ect.

Yes, there are many different kinds of military and civilian vehicles made and planned for the game, most of them playable when you are on the humans team :)

It is explained in more detail in our articles, and it will be explained (and shown) more in depth very soon, probably in our next article coming next week.

Hope this solves the doubt!
Best regards :
The Irreverent Software

will this ever come to windows??

Yes of course! Thanks for your comment, and sorry if we were not clear enough about it. The game is being developed in parallel both for Windows (all versions after XP) and for linux, with tests being made to allow for cross-multiplayer between them :)

Thanks for asking. sorry for not replying earlier (I was sleeping , so this is the first comment I see today) and hope this solves the doubt!
Best Regards
The Irreverent Software Team

Indie
Twitter
Tags
Embed Buttons
Link to The Destruction of the Nuclear Monsters by selecting a button and using the embed code provided more...

Scuttle at the Shuttle Fighting