In which the demo seems very nigh; some accessibility is added to minigames; a minigame-begun sound is made; various elements of polish are added; the first "jigsaw" puzzle is polished a bit; and the side-project makes a little bit of progress.

This week's screenshot shows some touch-ups to the "jigsaw"-puzzle encountered in level one: 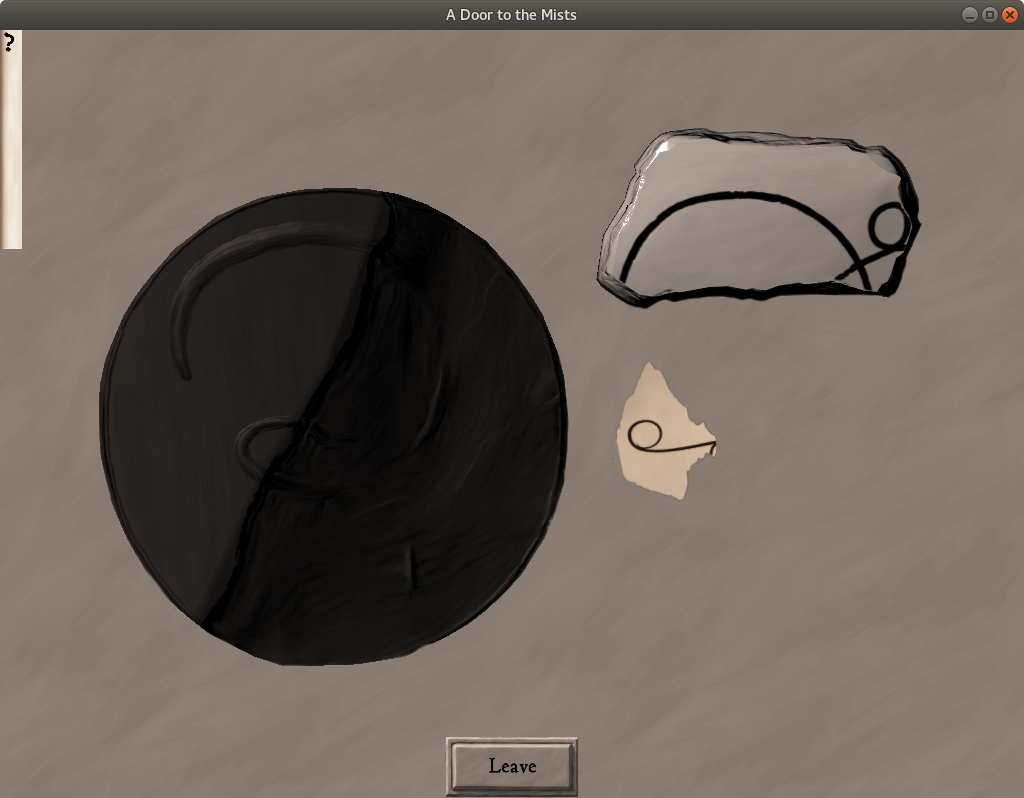 The week just past saw a lot of work on a variety of elements!

But perhaps most excitingly, it brought the demo very close to completion, I believe...

While the demo isn't quite done, it's very nearly there, I think: I have just a few things that I want to add to the game itself. Then there are tests to run; screenshots to take; videos to record, edit, and score; websites to update; and announcements/press releases to make and post.

I still don't have a release-date in mind; I intend to post a special blog-entry (alongside a tweet or tweets) announcing the date when I have it, so keep an eye out! ^_^

As to changes made in the week just past, let me start with a bit of accessibility:

The combat mechanic already has some consideration towards accessibility, I think: it has four difficulty settings, one of which is an "explorer" mode that has the computer handle combat.

The minigames, however, had no such options before the week just past. I had given thought to how I might approach improving their accessibility, but never come up with something that I was content with, as I recall.

In the week just past inspiration came to me, and I found an approach that, while perhaps not perfect, at least provides some form of accessibility:

In short, each of the three minigames now has an optional "simplified" or "aided" mode. In the case of lockpicking, this has it employ only simple locks. In the case of translation, only word-roots used in the solution are shown. And in the case of "jigsaws", guide-points show how pieces might connect. 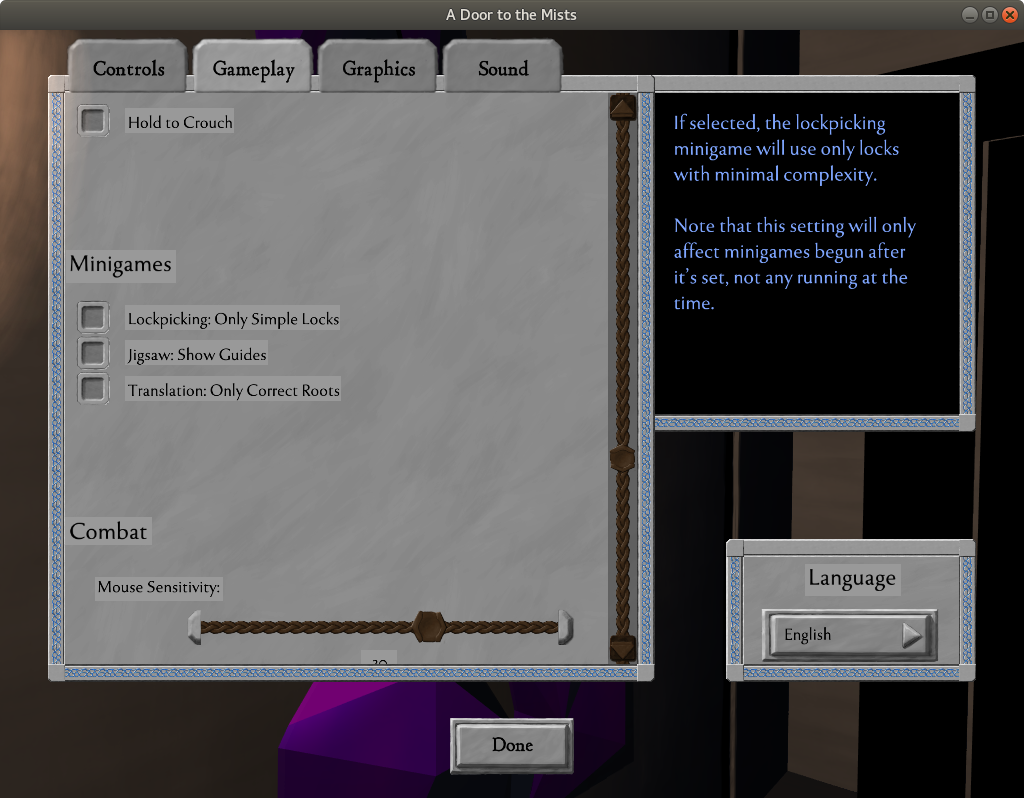 This does leave navigation and the in-level puzzles without accessibility options. I'm not at all sure of how to handle the latter, at the moment. For the former, I have ideas--but I fear that they might call for a bit more development-time than is entirely wise as things stand.

I believe that I mentioned in last week's post that I was having trouble coming up with a sound to be played when a minigame is begun. I have an effect for that now; it's perhaps not great, but I think that it works, at least.

The week just past also saw a number of bits of polish applied. For a few examples: various bits of text were adjusted or touched-up (and two missing text-strings added); level two saw some fixes, including the opening of an exit from an otherwise near-inescapable alley; and the vertical positioning of the player's light has been adjusted to (hopefully) improve the visibility of things like table-tops.

(With thanks to BreakfastBat for the comments that prompted my changes to the lockpicking help-text. ^_^)

One of those bits of polish is shown in this week's screenshot, at the start of this blog-entry. Shown there is the "jigsaw" puzzle found in level one. I've somewhat feared that the correct alignment of two particular pieces in that puzzle might be a little ambiguous--especially for the first such puzzle that the player encounters.

So in the week just past I went back and added some extra guidance to it, in the form of short lines on the largest piece that correspond to lines on the smaller pieces.

And while I was at it, I slightly reworked the overall texture of that largest piece, bringing it more in line with the overall aesthetic that I'm going for. What's more, it no looks rather better, to my eye!

And along the way, I made a variety of bug-fixes and minor changes that don't seem worth detailing here!

As to my "wandering visual novel" side-project, that went on a brief hiatus while a personal matter took its usual time. However, with said matter done I've returned to work on it, and have made further progress on the tile-editor. Indeed, I think that I may slowly be drawing near to completion of that! ^_^

(At some stage I may start a separate dev-log for the side-project; perhaps once the tile-editor is done!)